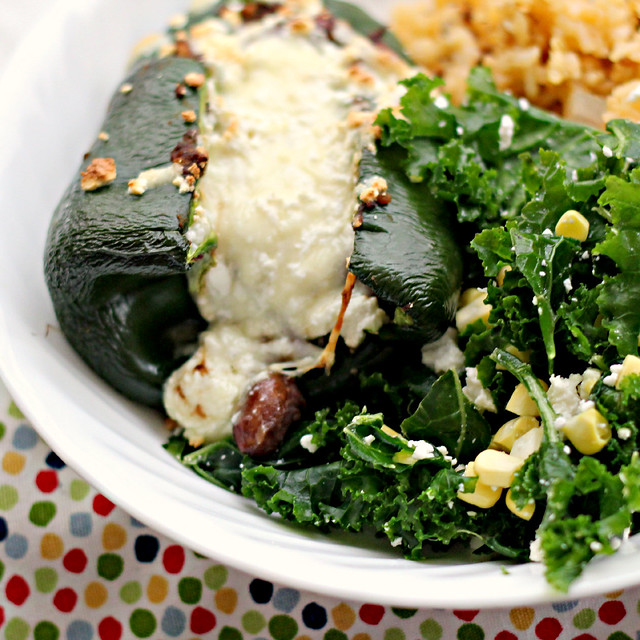 The.Boy. can say whatever he wants about kale but the truth of the matter is that when push came to shove on Sunday afternoon, those leafy greens were there for him.

As the capsaicin in the poblanos hit his taste buds, causing sweat to pour down his face and steam to come out of his ears, just as he was about to rip his clothes off in an attempt to relieve some of the internal heat that was building, those leaves swept him off his feet, jumped into his mouth and carried him off into a spice-free sunset.

It was quite the fairy tale ending, if I do say so myself. 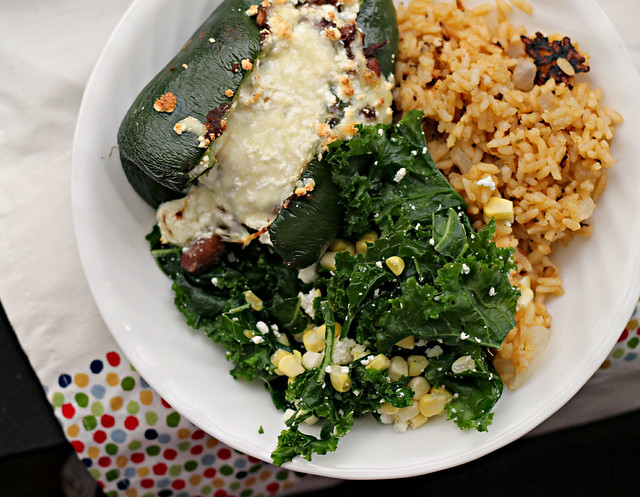 Hmmm, what’s that you say?  Where was I when all of this romancing was going down?

Sitting. At the table. Reveling in my third wheel status.

You see, the heat=pain receptors on my tongue were destroyed long ago by what some may consider excessive (is there really such a thing?) Indian food consumption and so while I can handle a fair amount of heat, no problemo, I occasionally forget that other people actually have the ability to sense such things in any reasonable kind of way.

So while it may seem like my intentions were to drive my boyfriend into the arms of my favorite leafy green so that we could all be one big happy family for once and for all…I swear it was really just an act of forgetfulness.

A total oops moment on my part. 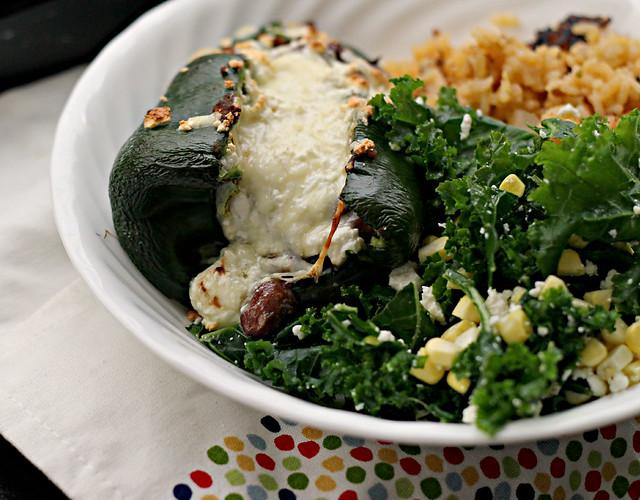 And besides, when did poblanos get so damn hot anyways?  I always considered them to be on the more mild/moderate side of the hot pepper spectrum and most certainly nowhere near the “make your fingertips burn for 48 hours after touching them” side.  The latter of which describes the effect that they unfortunately had on me.

But it was so worth it.

These stuffed peppers were as delicious as they were spicy, being stuffed with beans that were simmered with beer, cinnamon, and chipotle chile powder, and then topped with cheese. Lots of cheese.  I served them with some Spanish rice as well as a corn and kale salad that was super refreshing and really helped to take the edge off the intense heat

All in all, a great meal.

And the fact that it brought two of my favorite entities together (at last!)..definitely the icing on the cake. Err, the cotija on the poblano?  The corn in the kale salad?  Eh. You know what I mean. 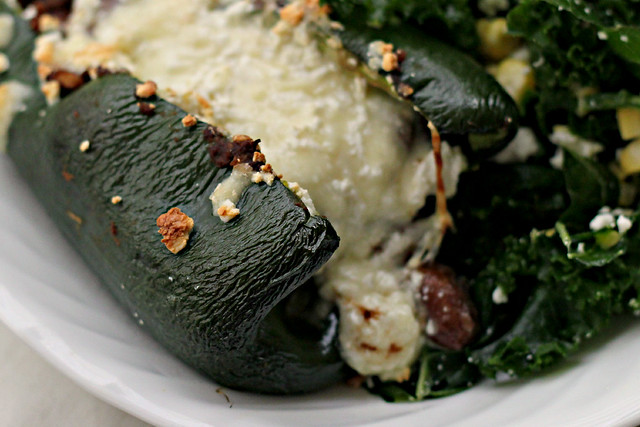 Kale and Corn Salad
Serves 6, adapted from A Thought For Food 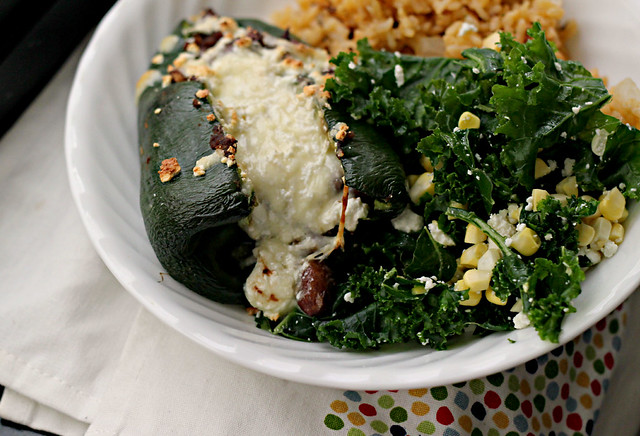