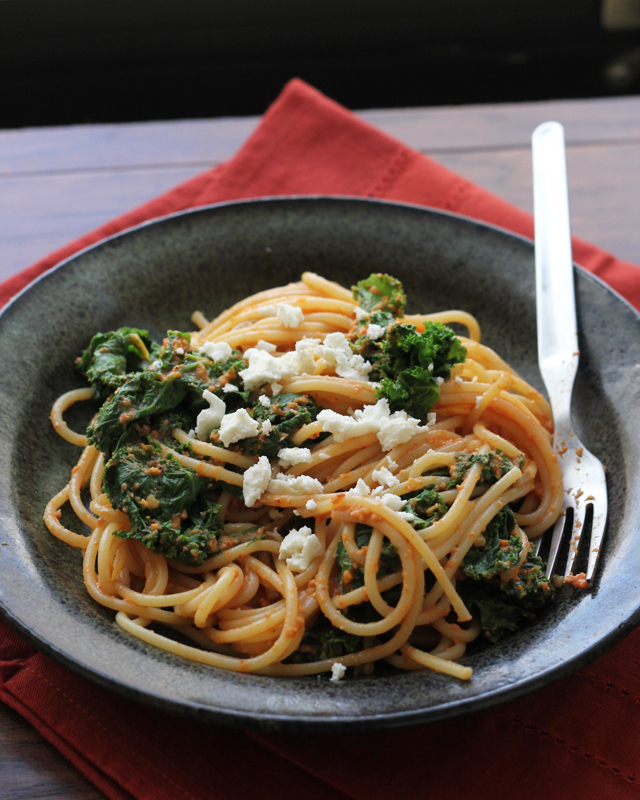 Two days, 849 posts, 58,864 comments, 315 categories, two super dedicated website developers, and one slightly crazed website develop-ee later (ahem, that would be me)…and I think I can safely say WE MADE IT!

It was quite an epic journey to be sure, but Melissa and Erin were fearless captains (and I was curled up in a corner in fetal position just waiting for it to be over…but that’s neither here nor there). And really when we started, I’m not sure that I could have even imagined that it would be this pretty and FUNCTIONAL. And yet here we are. 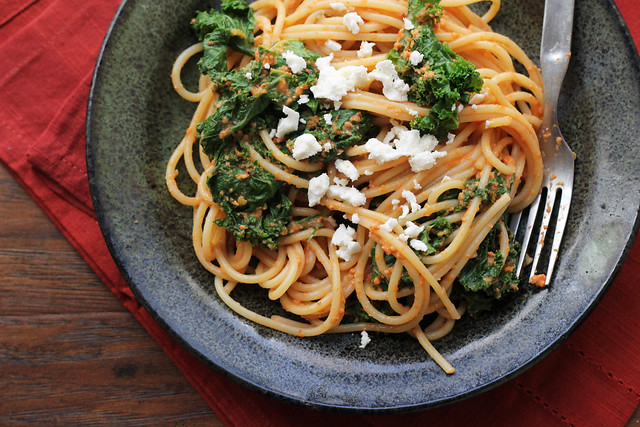 So come, let me show you around. 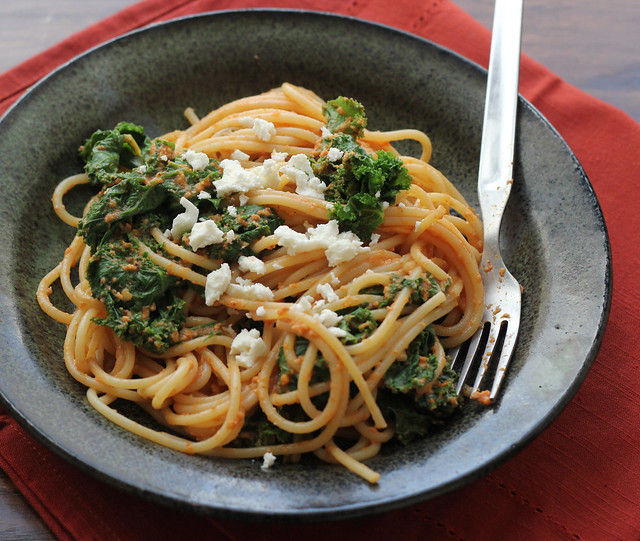 First of all, I love how clean it feels! My old site was getting pretty cluttered but it had been that way for so long that attempting to clean it up just seemed so…daunting. But then, as with all moves, you find yourself doing quite a bit of introspection. Asking, “Do I really need that badge on my sidebar?” and out it goes. Just like that. Spring cleaning in July. Better late than never!

Next. The Recipe Index. Which, honestly, is my favorite part of the whole thing. Now, it is still a work in progress because I haven’t finished updating all the featured image photos so that it knows which picture to display for each recipe, but the fact that there are even pictures at all and not just an endless string of recipe titles is kind of blowing my mind. And, it updates itself. I was always months behind on updating my old recipe index, so this fact is kind of a gold mine in and of itself. 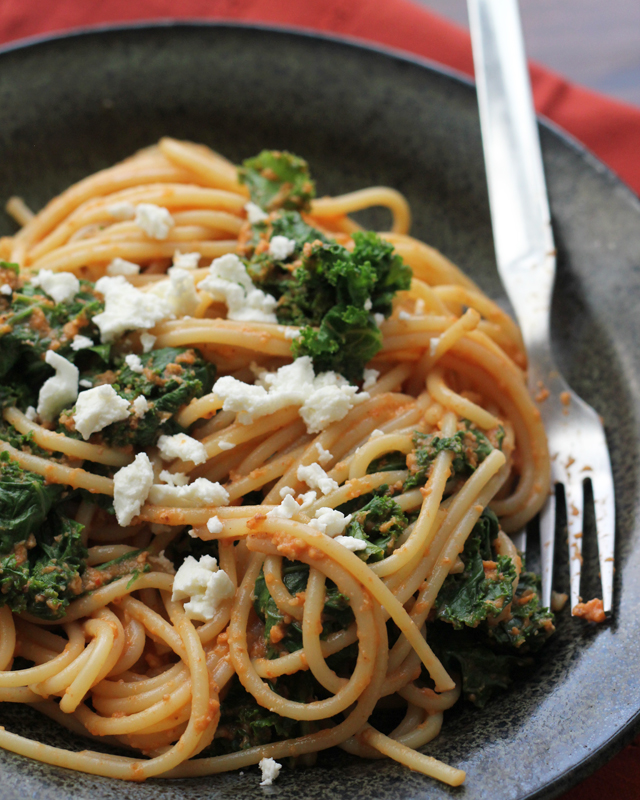 On the right sidebar, there will be a constantly changing rotation of seasonal recipes so that you will hopefully get some inspiration whenever you stop by and under each recipe, there will be a mini (auto-generated) round-up of related recipes so that if you’re in the mood for pasta but maybe not this pasta, you still might find something you’re looking for.

I’ll also be partnering with Ziplist to share my recipes and also to make it easier for all of you to save them all in one place. What is Ziplist you ask? Basically it’s a service that you can use for recipe saving and meal planning. The whole thing is free, so all you’d need to do is sign up and click that little “save recipe” icon under my post heading. Then, when you’re deciding what to make for the week, all you’ll have to do is add the recipe to your meal plan and it will generate a shopping list for you that you can then arrange by aisle of the grocery store, or however you’d like. In addition, they also have various grocery deals that you can take advantage of…so it just might be worth checking out if you haven’t already!

But have no fear! You can always share/save my recipes in the usual social media outlets and now it’s even easier to do so because of all the cute sharing buttons at the bottom of each post. Winning. 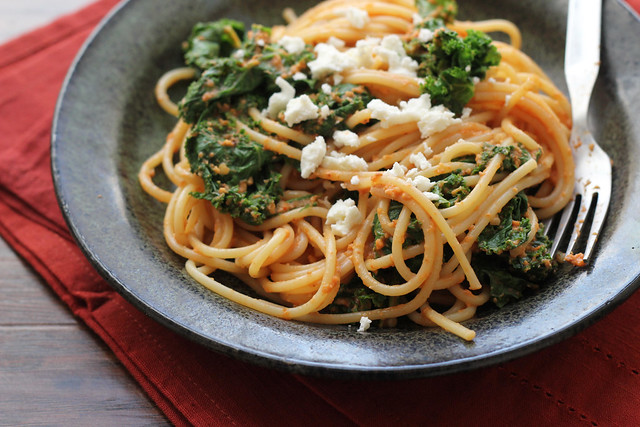 Okay, I think that’s it. Phew. That little walking tour of ours just stirred up my appetite.

And there’s nothing better to break in your new home with than a big bowl of pasta. Am I right, or am I right?

Especially when we’re talking about spaghetti that is smothered in a richly flavorful roasted red pepper sauce and subsequently dotted with bites of kale and feta. Swoon. 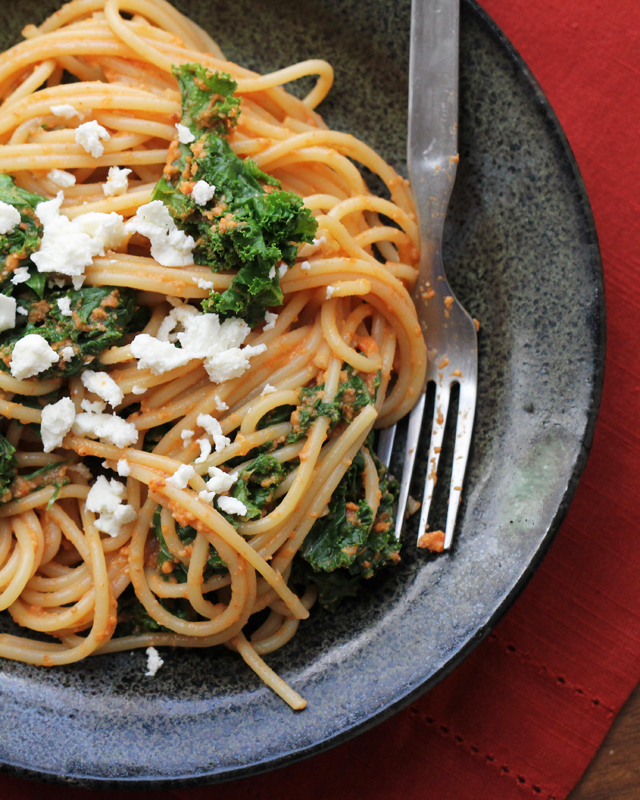 Print
Spaghetti is tossed with a richly flavorful roasted red pepper sauce, along with kale and feta, to make for a Mediterranean-infused comfort-filled dinner.
Yield: 4 servings
Ingredients
Instructions
Notes
Adapted from Annie's Eats
3.5.3208 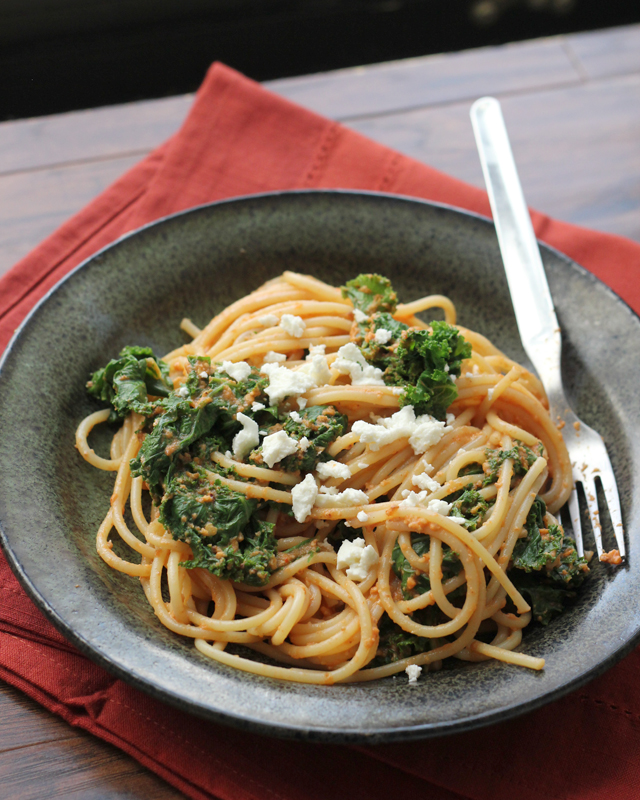 90 Responses to Roasted Red Pepper Pasta with Kale and Feta