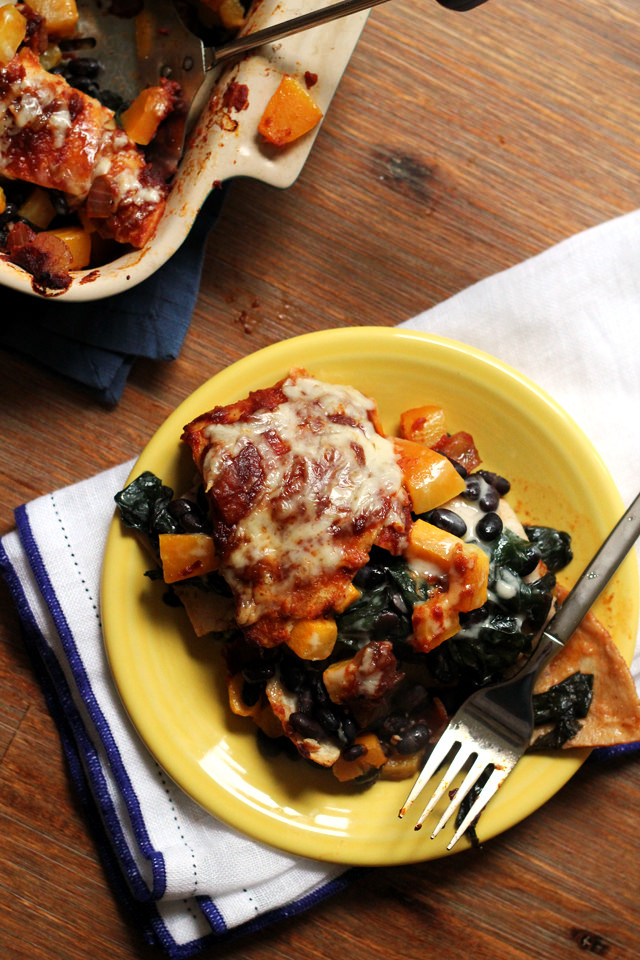 This weekend I learned that the.boy and I could never share a Pandora station. 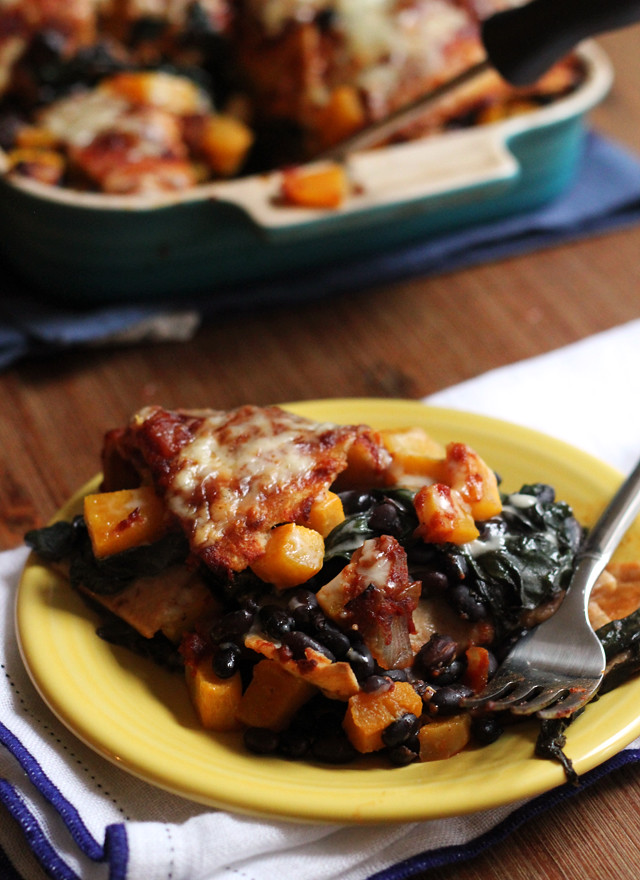 We’re fine tuning our wedding playlist (/I’m nodding and smiling and pretending to add the songs that he suggests to the list) and while he’s all about the random esoteric but “so perfect” Elton John song.

I’m like, how many OneDirection songs can we play before it gets awkward?

18 to infinite would be the correct answer. FYI. 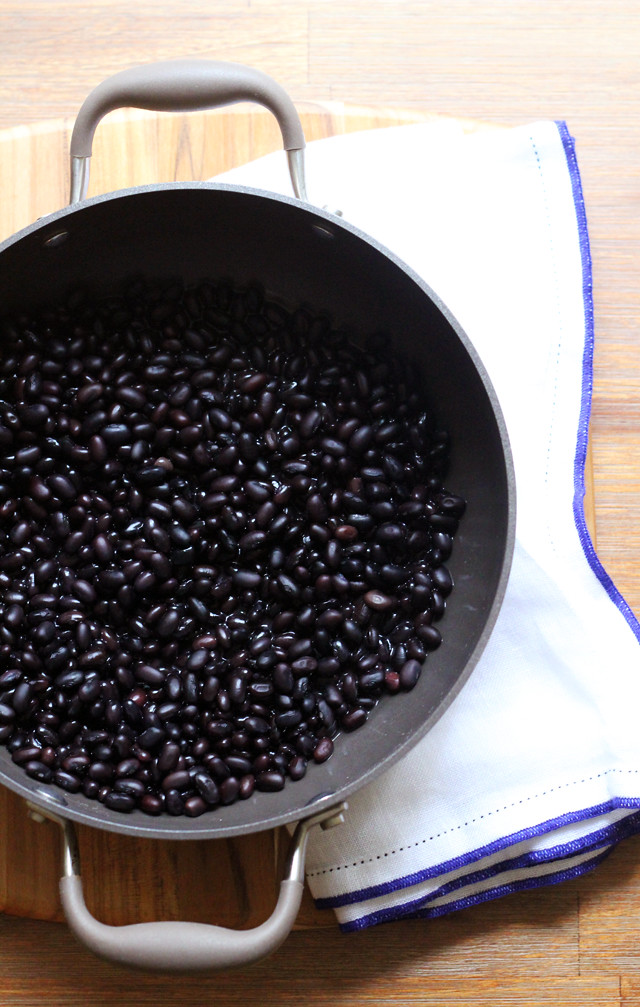 Also, I apparently remember 90% of the words to all of the Top 100 songs of the past decade and a half.

Why my brain cells decide to retain this information but not a single fact about, you know, MEDICINE, I will never understand.

But if there’s ever a life or death situation that depends on me knowing ALL THE SAVAGE GARDEN LYRICS EVER, we’re in luck. Thank goodness. 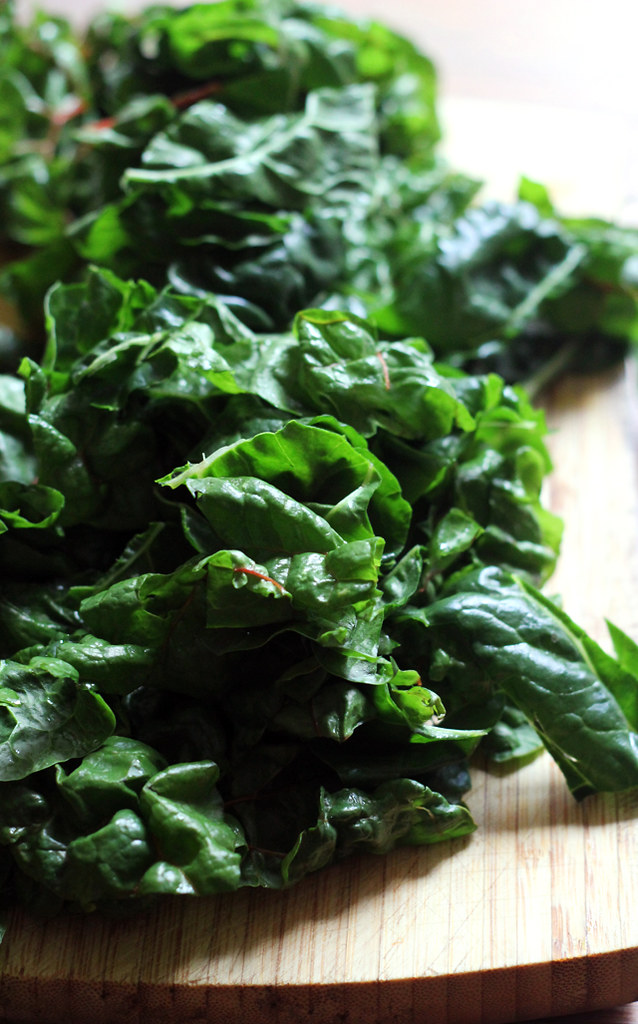 Just like I refuse to cater to the.boy’s musical tastes at my wedding, I very often refuse to take his taste buds into consideration while making dinner.

Some may call this mean, but I like to think of it as life conditioning.

Like, if I feed him spice over and over (and over) again, maybe he’ll learn to like it.

And if I blast That’s What Makes You Beautiful in his ears every night until the wedding while he sleeps, maybe he’ll let it be the soundtrack to our wedding video. 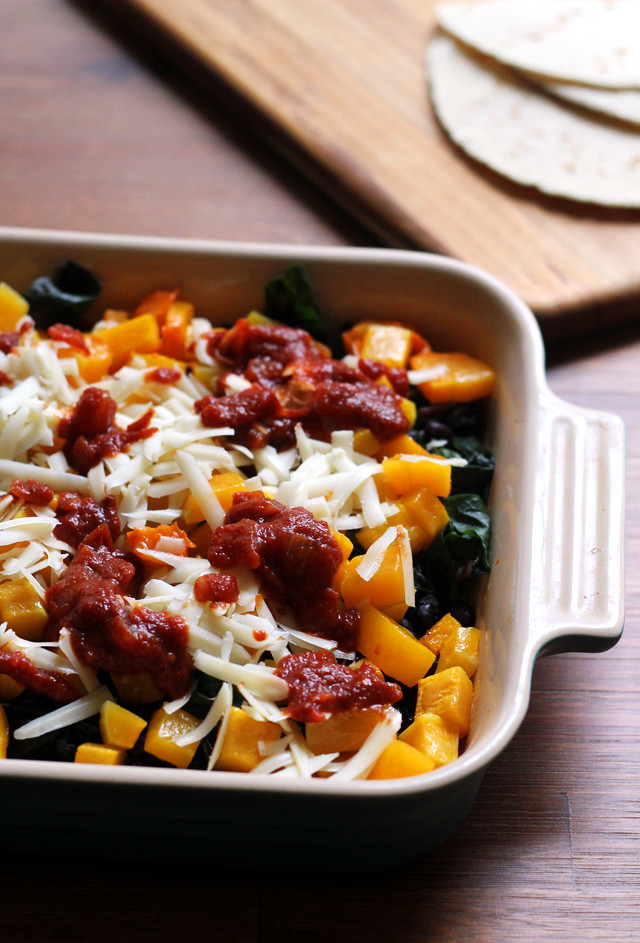 The enchilada sauce is wholly homemade and SO easy. Like, it comes together in less than ten minutes easy. And with three tablespoons of chili powder, it is SPICY.

Even I had to reach for a glass of cold water a few times while eating it. The.Boy had to relocate so that he was sitting next to the air conditioner, but he survived.

I call that progress. 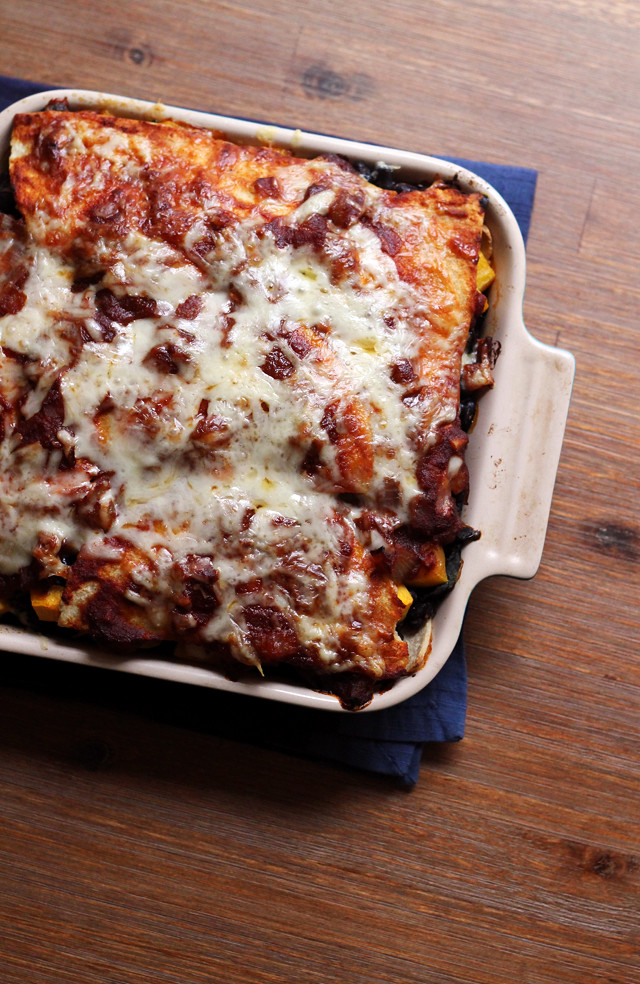 This casserole is not all about the spice, though. It’s also about the swiss chard, butternut, black bean filling, which helps to tame the spice so that it’s not all sweat and tears, but also majorly good for you and just plain delicious. And the cheese.

Don’t even think about forgetting the cheese.

By layering the tortillas in casserole form you save yourself the time of having to stuff and fold each one, making this totally doable on a weeknight. It does take an hour total, but a lot of that is sit around and wait time.

AKA prime sit around and brainwash your fiance by screaming top 40 lyrics in his face time.

Got veggie enchiladas on the brain? Check out these: 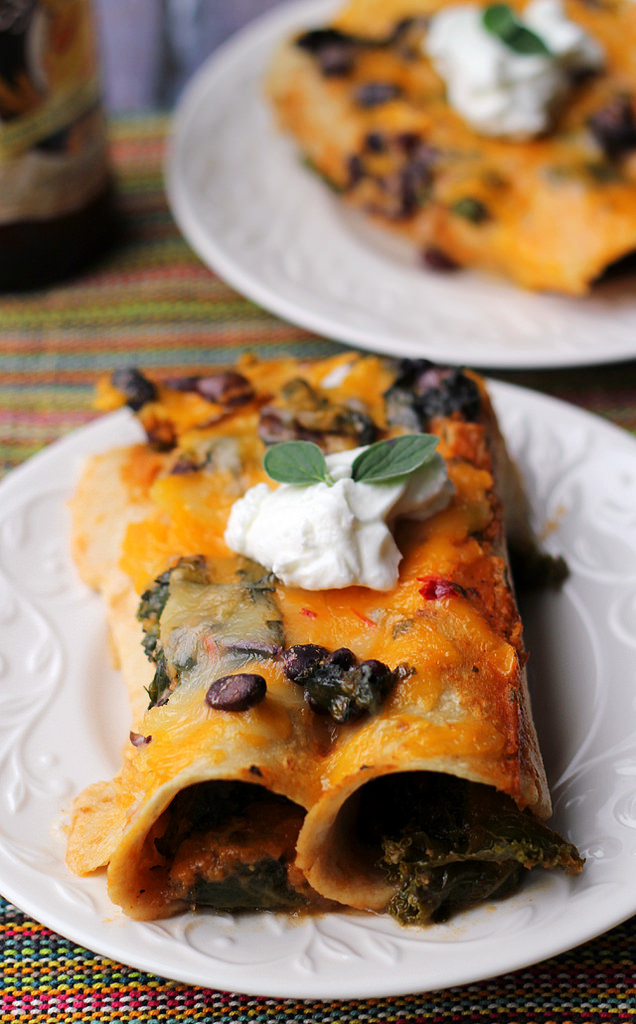 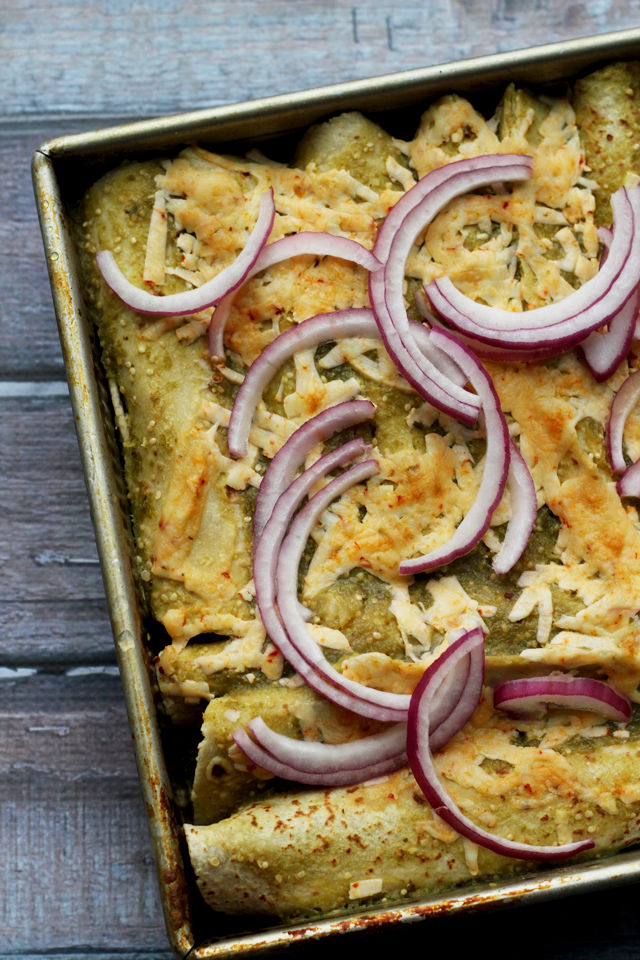 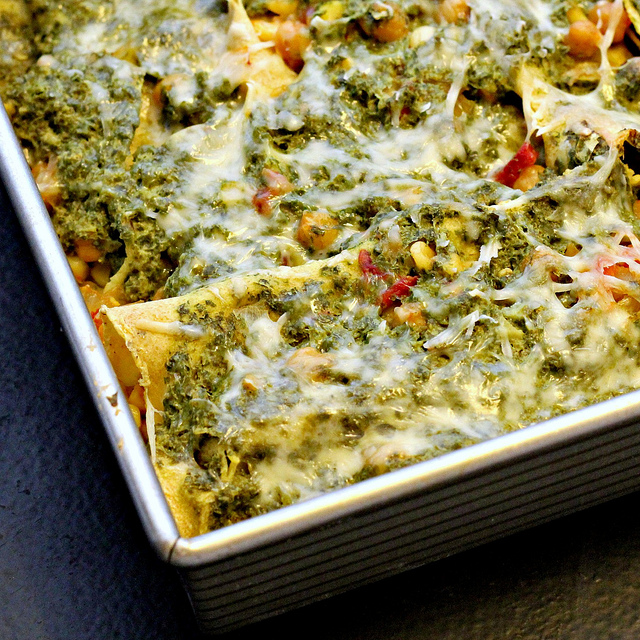 Vegetable Enchiladas with Chile Gravy from Cinnamon Spice and Everything Nice 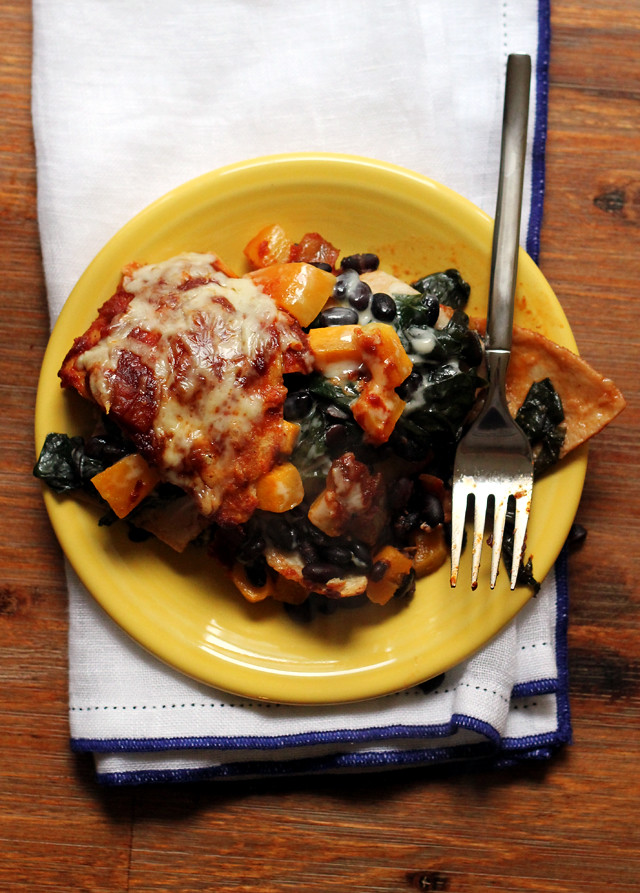