Richly spiced braised lentils are simmered with tomatoes until tender and then topped with a toasted coconut and mustard seed topping.

So, I’m the weirdo serving you a big steaming bowl of lentils on the second official week of summer.

But for me to stray so far from everything that is zucchini and corn and cherries and seasonal you know it has to be good!! 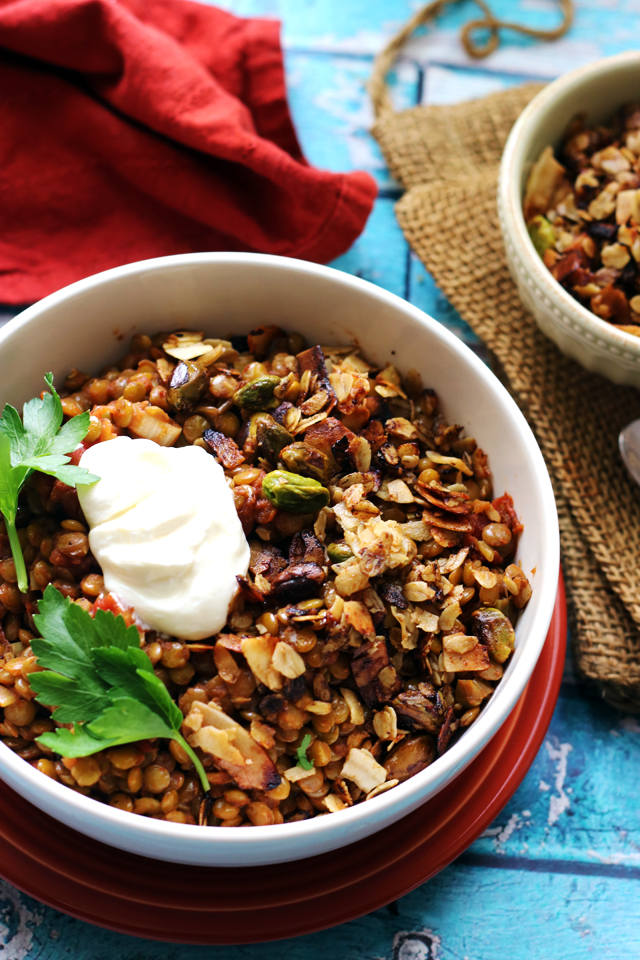 In my defense, they do say that eating spicy food actually cools you off more.

Something about sweat and core body temperature blah blah blah.

But probably so does eating ice cream?

As an official MD, I should totally know the physiology behind all of this. I don’t. It’s cool.

Let’s just eat our lentils and not ask too many detailed questions, mmmmkkayyy??? 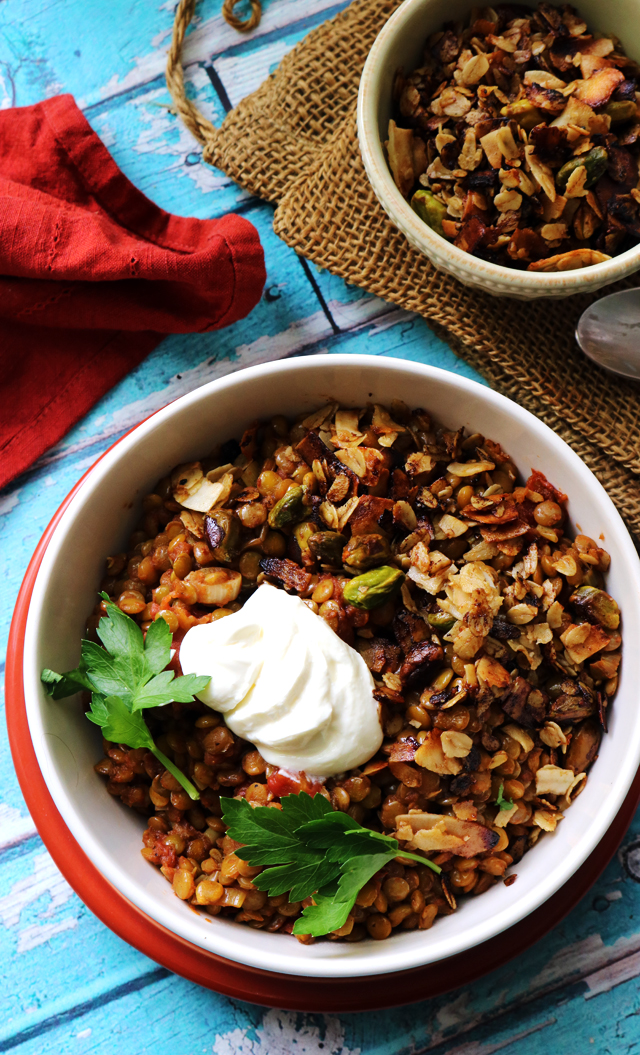 Regardless of the season, I love me a good pantry lentil meal.

Especially one that feeds an army yet comes together in basically one pot.

And even more when it’s rich with Indian spices and topped with a toasted coconut-mustard seed combo.

Food52 calls this a Genius Recipe and they are SO right on. It’s got crunch and heat and spice and everything you could want in a bowl of something as hearty as lentils.

A meal for all seasons. Even the sweaty ones. 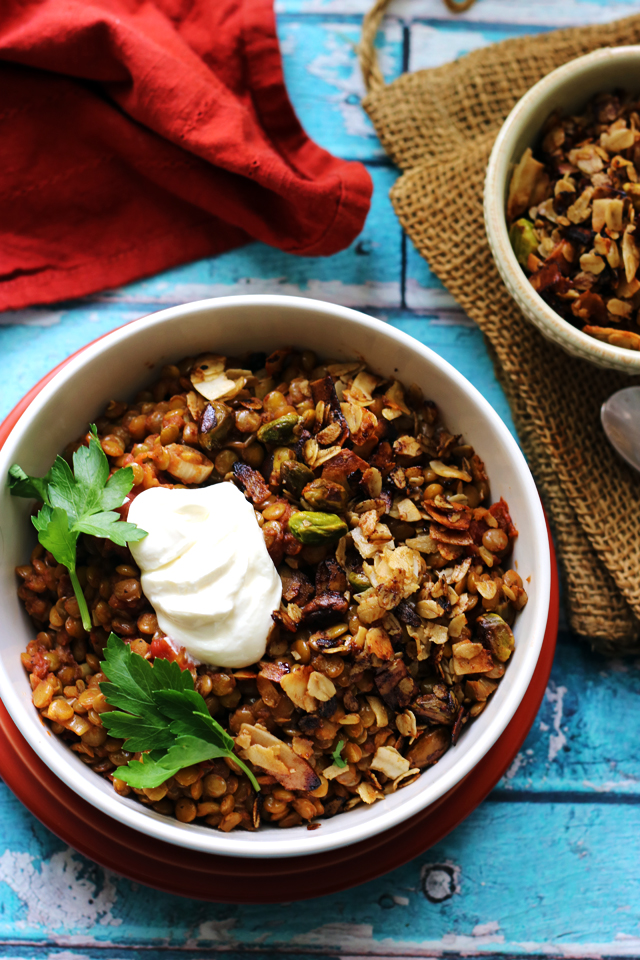 Print
Richly spiced braised lentils are simmered with tomatoes until tender and then topped with a toasted coconut and mustard seed topping.
Yield: 6 servings
Ingredients
Instructions
Notes
Recipe from Cook This Now: 120 Easy and Delectable Dishes You Can't Wait to Make

5 Responses to Spiced Braised Lentils with Tomatoes and Toasted Coconut