There’s no summer salad that is simpler and more refreshing than this watermelon, basil, and feta salad. It comes together in less than five minutes and is the perfect mix of sweet and salty.

Kind of having a TGIM moment right now. 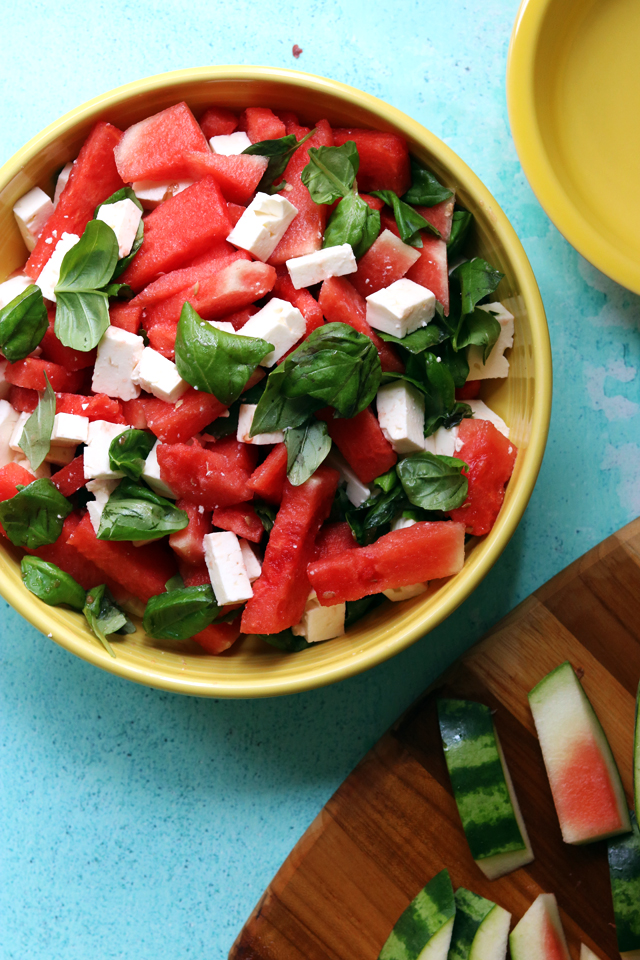 Mike (the husband) was hospitalized over the weekend for a truly belligerent kidney stone that he had been grappling with all week. They ended up needing to go in and scoop it out endoscopically, which kind of put a wrench in all of our weekend plans.

AND since I started a new job as of July 1st, we don’t even have our insurance cards or any information yet.

Not that I’m slightly panicked about that AT ALL. 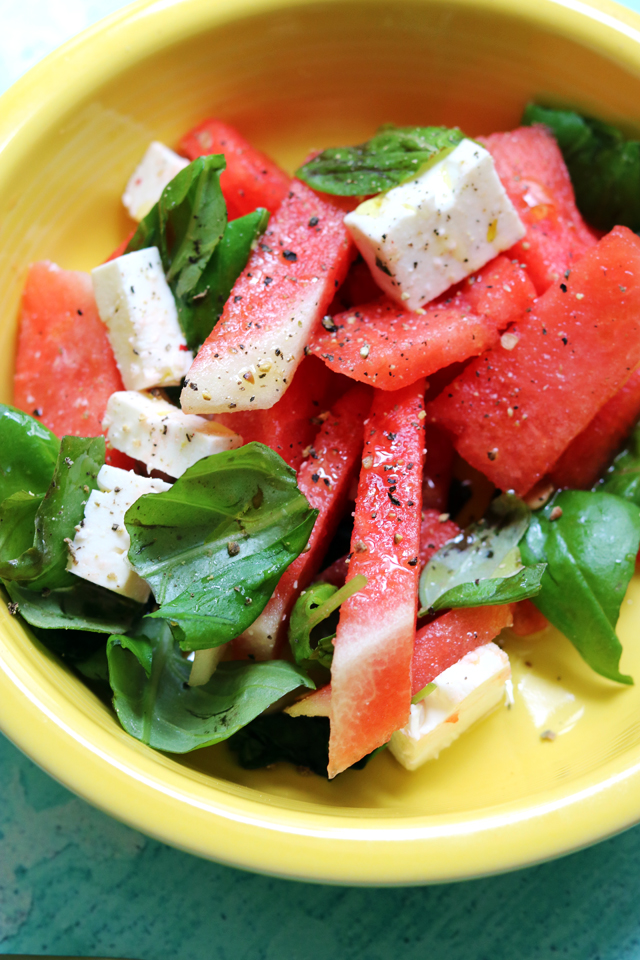 So, to say that this watermelon salad was a highlight of the past two days is kind of an understatement.

I mean, I also planned to make a peach pie, but when you’re single parenting a three year old pie-making is basically an insurmountable feat.

Mixing four ingredients in a bowl and calling it lunch….much, much, much more feasible. 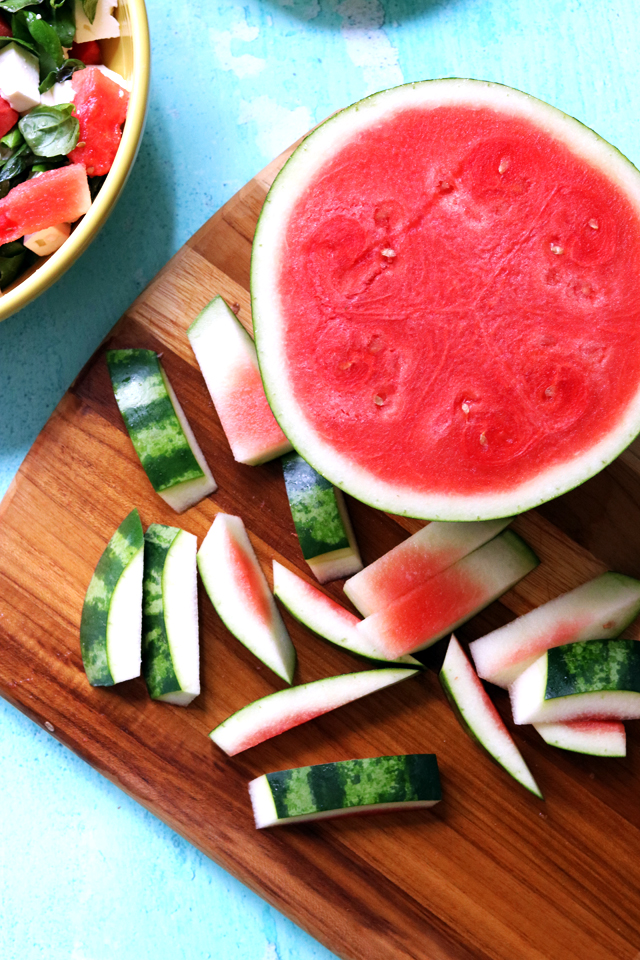 Savory watermelon salads abound on the internets these days, but what makes this one extra special is how delicious it is even in its simplicity.

And all it requires you to do is chop watermelon and feta into cubes, then toss together with basil and a glug of good olive oil. A sprinkle of coarsely ground black pepper and big sea salt flakes just before serving is also highly recommended. 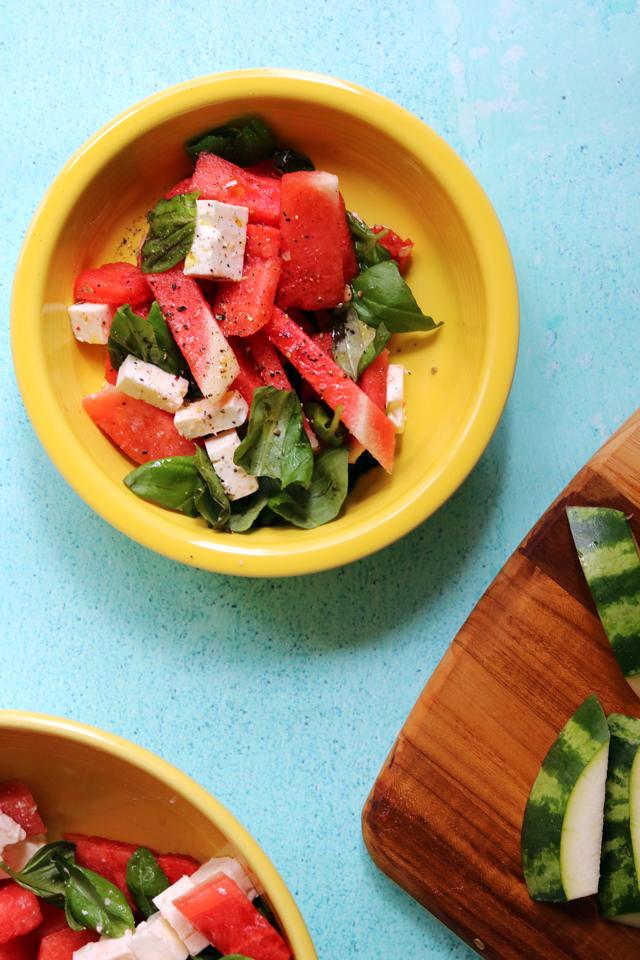 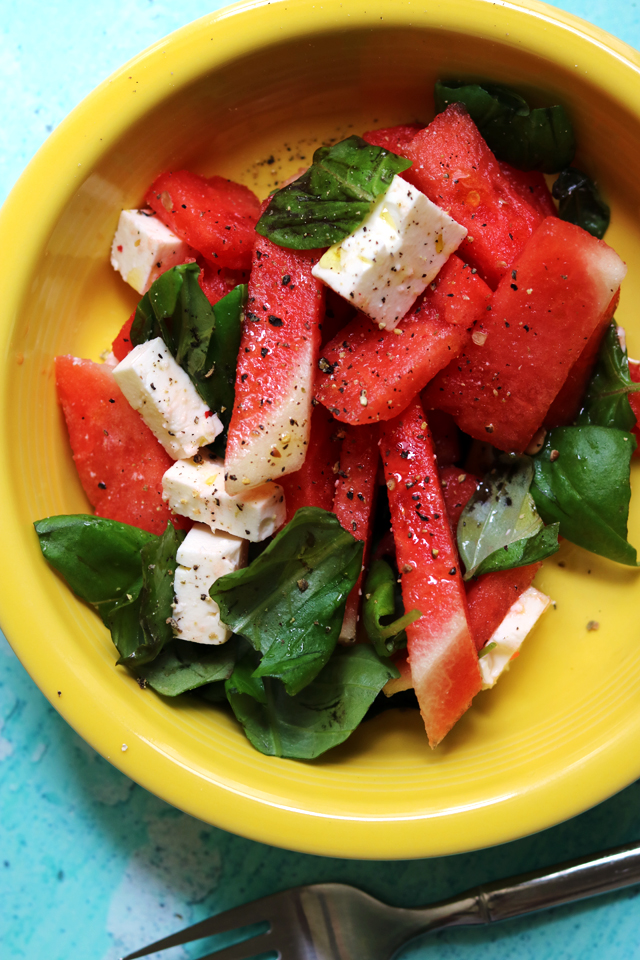 Print
There's no summer salad that is simpler and more refreshing than this watermelon, basil, and feta salad. It comes together in less than five minutes and is the perfect mix of sweet and salty.
Yield: 4 servings
Ingredients
Instructions
Notes
Recipe from Plenty
3.5.3208