Sandwich of the Week#3 Meat and Potato Monday

The Proof of The Pudding Is In The Eating 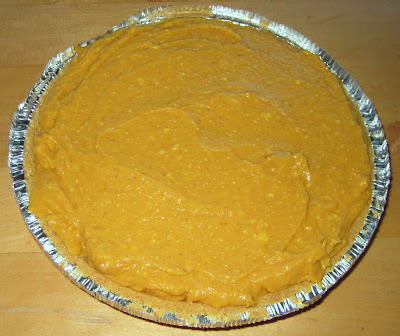 I tend to think of myself as a control freak. I really like to have a schedule and a plan, and while I am very flexible about changing the plan once it is set in place, it just comforts me to know that it’s there in the first place. I attribute this to my type a personality, which may or may not stem from the fact that I am a first child. Maybe its the combination of the two that’s at fault. Either way, I’d say that this is not only my biggest weakness but also my biggest strength (or at least that’s what I told medical school interviewers 😛 ). So it should come as no surprise to anyone that when the superbowl rolled around, I was the one sending out the emails to all my friends about what food we were ordering, where we were watching it, etc. Never mind the fact that before coming to college, I was never able to sit through the entire game and really only watched the halftime show, or that even after being coerced into watching three superbowls in a row I still can not tell you what the hell a first down is. Not that I mind doing it, it’s just kind of ironic.

We ended up ordering this FABULOUS stuffed pizza from this place called Sicilia’s. They make this really dense, heavenly crust that is to die for, and was perfectly complemented by our “stuffing” of cheese, spinach, chicken, eggplant, mushrooms, and roasted garlic. To go with the pizza, I took it upon myself to make dessert. Last year, my friend Tim made a key lime pie, however he is even more health conscious than I am owing to the fact that he is on lightweight crew and has to stay below 160 lb, and so it had next to no sugar in it and was a little too tart and sour creamy for anyone’s taste but his. To continue the trend, however, I decided to make a pie as well. I wanted something that was no-bake and could sit in my fridge for a day without going bad. I thought something with cool whip and pudding would be good, and so upon perusing the Kraft website, I came across this creamy two-layer pumpkin pie. It ended up being a crowd-pleaser and, in concurrence with the title of my post (which is a quote from Cervantes), was gone before I knew it.

1. Let the neufchatel warm up for a few minutes. Then mix it with the 1T skim milk and 1T sugar until blended smooth. Add in the cool whip and mix until smooth. Spoon into the graham cracker crust. Lick the bowl.

2. In another bowl, mix together the pumpkin, 1 cup skim milk – make sure it’s cold, pudding mix, cinnamon, and ginger. The mixture will get very thick as the pudding starts to condense. Mix it for about two minutes and then spread it over the neufchatel layer.

3. Refrigerate it for at least 4 hours. Serve with extra cool whip or whipped cream.