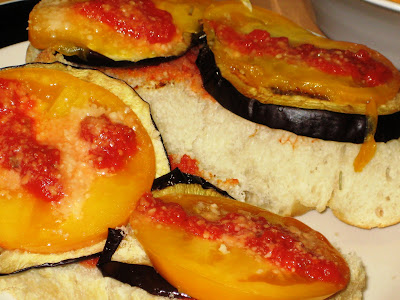 We’re getting to the point now where things are starting to get overwhelming. Orientation is in full swing here on the Weill Cornell Medical College campus. Our Whitecoat Ceremony was a few days ago, at which we received not only our…you guessed it white coats, but also our first stethoscopes! It’s actually beginning to sink in that I won’t be heading back to MIT this year and that I may actually be on this campus for the next 7-8 years.

The medical school class arrived on Friday with half of us going camping for a few days and the other half staying in NYC and familiarizing ourselves with the city. I am not really an outdoorsy kind of person, per say (although running outside has made me a bit more tolerant of such things) and the thought of peeing in a bush with people who I’d just met did not sound like the best way to make a good first impression, and so I decided to stay in the city. Since Monday, when the campers got back, we’ve been going out pretty frequently and trying to bond over anything and everything. We spend our days locked up in Weill Auditorium being orientated and our nights out on the town. One night we went on the Circle Line which is a boat tour around Manhattan, followed by some gin and tonics and $1 beers at a local bar. Then there was some good old-fashioned hanging out followed by some flip cup. And then last night there was, and this is my personal favorite, a trip to Baskin Robbins for some ice cream. We are living it up before classes start on Monday. At which point I am expecting that some kind of switch will go off in the heads of all the really hardcore premeds and they will lock themselves in their rooms with their anatomy textbook. I, not really being “one of those people” will do no such thing. In my opinion, passing is passing (especially since all of our classes are Pass/Fail) and while I will definitely strive to do well (I am after all a Type A person) I have never seen the sense in giving up my own personal happiness for .10 of a point on an exam. 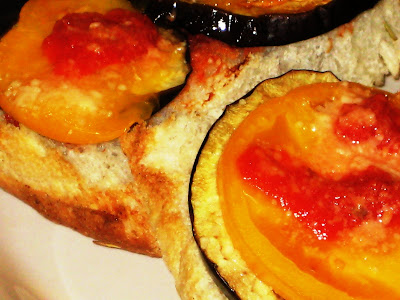 That being said, amidst all of the mayhem, I have been craving simple and easy foods. Sandwiches, for instance, have become a fixation.

And really, at this point in the summer, when eggplants and tomatoes abound, what makes more sense than an eggplant parmesan sandwich? Especially when the eggplant is grilled (or broiled in my case), layered onto some good rosemary focaccia or ciabatta with slices of tomato, sprinkled with a dusting of parmesan cheese, and then popped under the broiler again so that the cheese gets melty and the bread gets crispy? There is very little that could have satisfied me more.

1. Preheat the broiler to high. Slice the eggplant and place on a greased baking sheet. Spray the eggplant with cooking spray and sprinkle with salt. Broil until soft and beginning to brown, about 7-10 minutes.

I am submitting this to Souper Sunday over at Kahakai Kitchen. 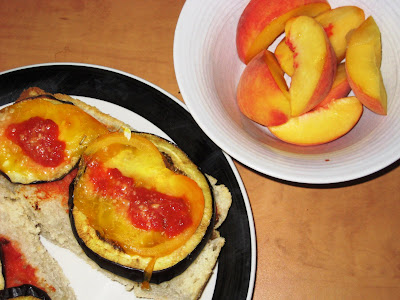 As a final note, I thought I would spread the word about some blog events that are going on this month since I really love participating in them and it’s always good to know what’s out there. Please leave a comment if there are any that you really like to participate in that I don’t list. I’m sure there are many that I am not even aware of!

Finally there is the bimonthly event that I participate in – Cook the Books.

All of these are tons of fun and I hope you participate in some or all of them! 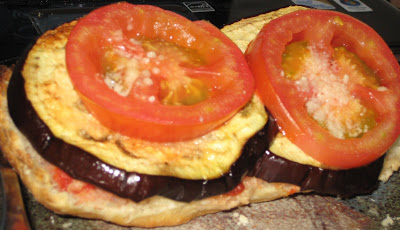