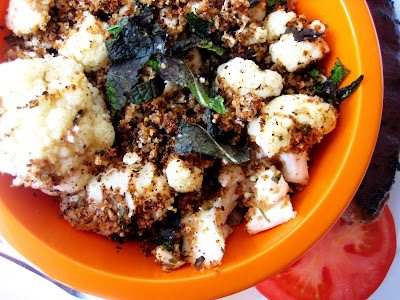 “I’m not responsible for your experience of my work.”

That’s what I said to my father last weekend.  When I stormed (YES!  Hurricane Joanne RETURNS) out of the house.

I’m not usually quite so explosive.  But I think the Real Housewives are beginning to rub off on me.  Soon I’ll be getting Botox injections in my living room.

What’s that you say?  I don’t have a living room? 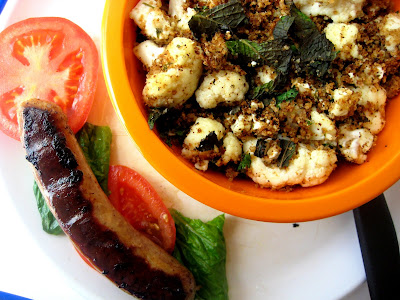 What you should know from the get-go.  Is that we were fighting about peanut butter.

You see.  I shouldn’t do things like offer to cook vegetables for people who don’t like vegetables.  Or for people who don’t own a bottle of soy sauce.  (Really. I said, innocently, “Where’s the soy sauce?” and everyone looked at me like I was asking for some esoteric ingredient.  Like pig intestines.  Maybe that’s what I’ll do next time.  Feed them pig intestines.  Covered in soy sauce.  And peanut butter.  That’ll show ’em.)  Moral of the story: stay away from people who consider soy sauce to be an exotic ingredient.  They are crazy.

Anyway.  Not having soy sauce can be very limiting.  Especially when your whole plan is to make a fried rice kind of a dish.  So I had to improvise.

And what I ended up with was a combination of hoisin sauce (Yes.  They have a bottle of hoisin sauce.  But no soy sauce.  Because THAT makes sense.), ginger, and peanut butter.  That, actually, tasted pretty awesome.

Until, of course, I made the grave mistake of leaving the jar of peanut butter on the counter.  That’s when the temper tantrum ensued.

Because some people only like peanut butter on bread and not in their food.  Some people also deserve to be sent to bed without dinner.  Or to the punishment corner to think about what they’ve done.  But seeing as how I barely fit in the punishment corner, I couldn’t really envision my father.  Who is admittedly larger than I.  Maneuvering himself into it.

And so when he refused to even try the dish.  I stormed.

The full monty of bad weather.  It was a fiasco. 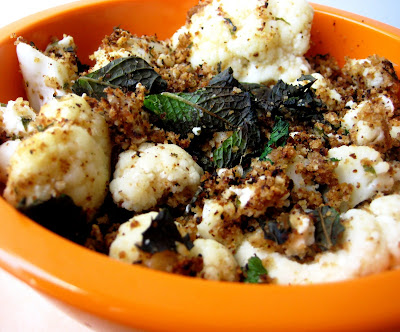 When I got home and finally cooled down enough that I could hear myself think.  I asked myself why I cared so much.  There are, after all, foods that I don’t like.

And what I came up with is that even if I think I won’t like something.  I’ll still try it.  I want to taste everything.  And part of tasting everything.  Involves.  Well.  Tasting everything.  I also believe that when people say they don’t like certain foods.  It’s not that they don’t like the food.  They’ve just never had it prepared in a way that appeals to them. Which is why they should keep trying it.  I’m not saying order a whole dish of it at a restaurant.  But one bite never hurt anyone (unless that bite is festering with E. coli.  Then maybe you should pass.  Try again later.)

So when this week’s I Heart Cooking Clubs theme was centered around herbs.  I could have gone the easy route.  And cooked with something I knew I would love.  Basil.  Cilantro.  Chives.

But instead, I decided to cook with an herb that I’m constantly on the fence about.

Mint.  It’s not that I don’t like mint.  I do.  In very specific contexts.  (On my BREAD not in my FOOD.  Shake it out, Jo.  Shake. It. Out.)  Mojitos being one.  But if I see mint as a main ingredient in a dish at a restaurant.  I won’t order it.  It’s just a very strong flavor and one that I’m not generally in love with. 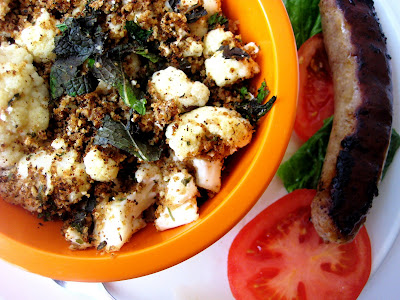 And then there was Bittman’s sauteed cauliflower with feta and mint.  Which somehow managed to change my mind entirely about this whole mint situation.  The sharp tangy feta with the sweet mint against the pretty neutral background of cauliflower.  All tied together by the salty seasoned breadcrumbs. It was a dish that hit every part of my palate.  And made it smile.

Just proving my point.  That you should never unequivocally write off a food or an ingredient.  Because you may be missing out on all kinds of wonderful.

Sauteed Cauliflower with Feta and Mint
Serves 4, adapted from Bittman’s How To Cook Everything Vegetarian

1. Roll the cauliflower florets in the breadcrumbs, pressing them to help to them stick.

2. Melt the butter in a large skillet over medium heat.  When it melts, add the cauliflower and adjust the heat so that the breadcrumbs brown but don’t burn.  Season to taste with salt and pepper.

3. When the cauliflower is cooked through, toss it with the mint and feta.

I served this with duck sausage that I received from MarxFoods.  It was some kind of fantastic.

This is my submission to IHCC and also to Reeni’s Side Dish Showdown! 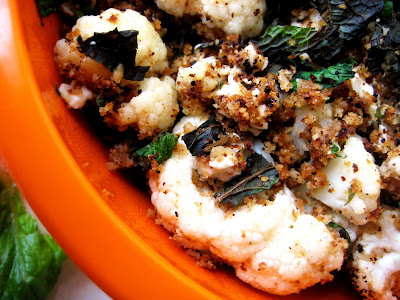 75 Responses to Bittman’s Sauteed Cauliflower with Feta and Mint