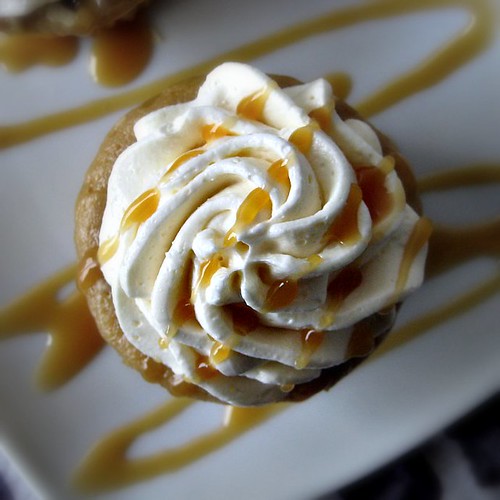 I’m telling you right now that these are the best things since sliced bread.

Really.  Go get some sliced bread.  Then go whip up a batch of these cupcakes.  Then come over to my place so that we can discuss them over a cup of tea.

And by cup of tea I mean that I am going to stuff you full of hot water so that there will be less room for cupcakes in your belly, thus leaving more cupcakes available for my belly. 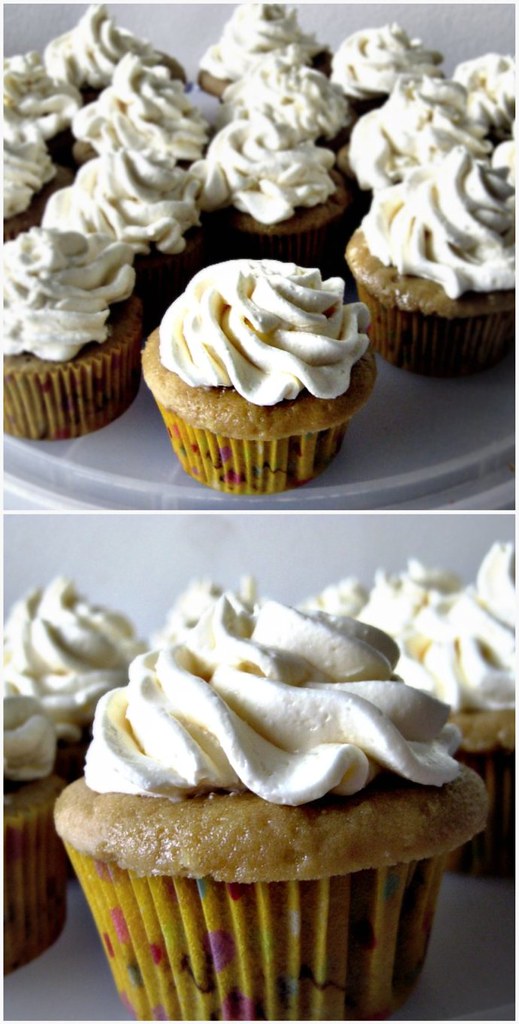 I’m also telling you that you should have multiple garbage bags available while making these cupcakes.

Six, to be precise.

Because if you’re going to hide from your roommates just how many sticks of butter are in these babies.  And thus are going to take it upon yourself to take out the trash after every stick.  You are going to need six bags.

You should also probably leave one butter wrapper in there.  For legal purposes.

By which I mean that, you wouldn’t necessarily want to purport these to be healthy cupcakes.  That would be a misrepresentation.  But, I mean.  What someone doesn’t know won’t kill them.  Or clog their arteries.  That’s some good biology right there. 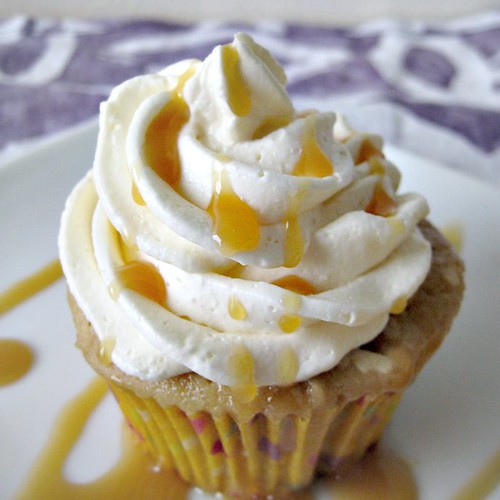 But what about you.  The baker.  Who knows the name, age, marital status and sexual history of every tbsp of butter that went into these.  What about your arteries?

You didn’t think I would leave you hanging, did you?

Well.  You can do what I did, which was a set of jumping jacks in-between each step.  Interspersed with some bicep curls using the bag of flour as a dumbbell.

If you like what you see here at Eats Well With Others, please head on over to Foodbuzz and vote for me to be the next Project Food Blog Star!  You can find my entry to challenge #3 here.  Remember, you have 100 votes for this round, so I would really appreciate it if you would make Eats Well With Others one of them!

ALSO another fun note.  I’m hosting a CONTEST over at MarxFoods with some AWESOME prizes.  You guys should all run over, check out the details, and think about entering!  Here’s the link.

ALSO ALSO.  I haven’t had a modicum of time to even think about posting the Regional Recipes round-up yet.  But I’m going to announce the next country anyway.  In case you haven’t noticed. It’s October.  And you know what happens in October?  OKTOBERFEST!  Um, yeah.  We are headed to GERMANY!  Please email me your entries by October 31st! 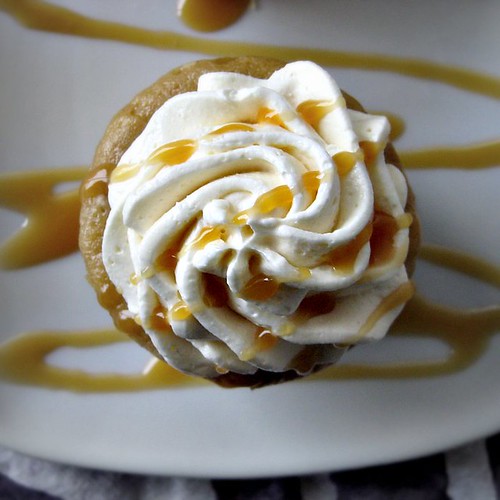 2. Measure out your dried goods into a bowl – flour, baking powder, and salt.  In a separate bowl, mix together the coffee, milk, and bailey’s/kahlua.

3. In the bowl of a stand mixer using a paddle attachment, cream together the butter and sugar until fluffy – about 5 minutes.  Mix in the egg yolks, one at a time, scraping the sides of the bowl after each addition,

4. Pour 1/3 of the flour mixture into the stand mixer and mix until just combined.  Add in half of the coffee mix.  Repeat with another third of the flour and then the remaining coffee.  Finally, add in the rest of the flour.  Do NOT overmix!

5. Divide the batter in half.  To one half, add the 1 tsp instant espresso.

6. Divide the batter with the instant espresso in it among the cupcake liners.  Top this off with batter from the un-espresso-ed batter.  Put in the oven and bake for 15-18 minutes or until a toothpick inserted comes out clean.  Let them rest in the pans for ten minutes, then remove to a wire rack.  Let cool COMPLETELY before icing.

1 cup sugar
1/4 cup water
5 egg whites
1/4 cup sugar
2 cups unsalted butter, at room temperature, cut into tbsp (I just cut it into tbsp as I added it to the bowl of the stand mixer).
4 tbsp caramel plus extra for drizzling purposes

1. Combine 1 cup sugar and the water in a non-reactive saucepan.  Boil until they reach a temperature of 245 degrees.  In the meantime start the meringue.

2. Whip egg whites with a wire whisk in a stand mixer on high until soft peaks form, about 1-2 minutes.  Sprinkle in 1/4 cup sugar.  Beat for another minute, or until incorporated.

3. Slowly pour the hot, 245 degree sugar/water mixture into the bowl of the stand mixer with the mixer still on high.

4. Beat the frosting for 7-10 minutes or until the outside of the stand mixer bowl has cooled down to room temperature.

6. Pour in the four tbsp caramel.  Mix for about a minute.  Frost cooled cupcakes, drizzling caramel over the top.

NOTE – On my first bite, I found these to be a little sweet and lacking depth.  So I CAREFULLY sprinkled a modicum of sea salt to the top of them.  Gloriousness ensued.  I was told by one Miss Sophie that this made the cupcakes for her.

This is my submission to this week’s Hearth and Soul! 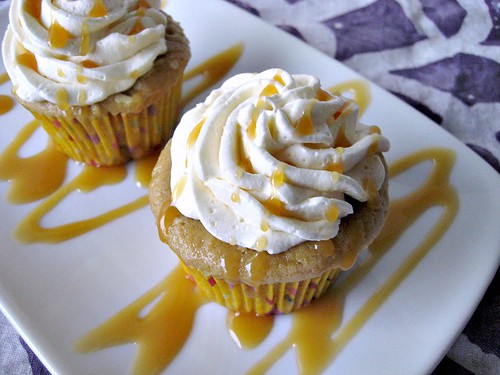