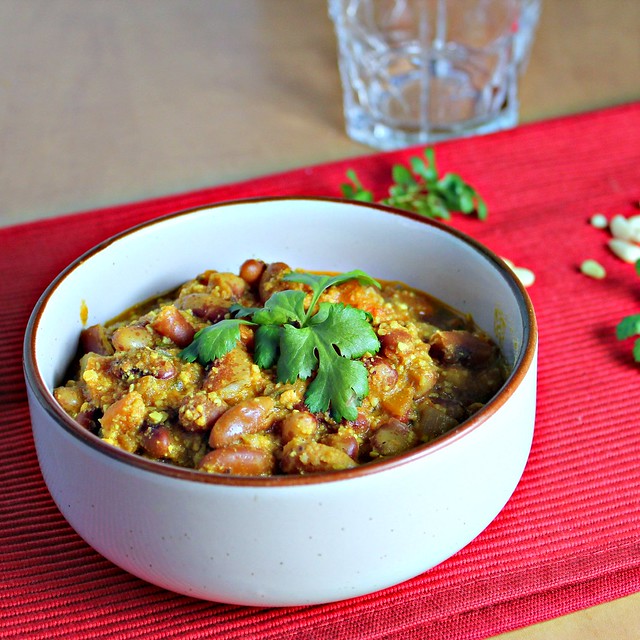 I considered bringing home a t-shirt that said “I ran the Boston Marathon and all I got was a farmer’s tan sunburn, chafed inner thighs, quads that make me walk like a 90 year old arthritic man, and two missing toenails.”

But I ended up keeping all my toenails.  So it just didn’t seem right.

Plus that’s a pretty reductionist take on 26.2 miles, which somehow managed to feel like a lifetime.  And also like five minutes.

But let’s start at the beginning, shall we?  Or where we left off?

Justin and I in Athlete’s Village.  Shivering.  Freezing.  Drinking coffee like it was our job.  (And it was.  Anything to ensure that you won’t have food jostling around in your stomach at mile 22.)  Two port-a-potty trips (TMI?  These are the realities of marathoning.  Such is life.) and two hours later, he headed over to line up as he was in the first wave (jet-setter that he is) and I set about finding my cousin Meghan who had just arrived.  Another port-a-potty trip and about an hour of calm-inducing gossip (seriously, there is nothing I love more than gossip) and we were off!

The first 13 miles were a blur.  I felt good, I was speeding along way faster than my projected goal   I had Glee blasting in my ear (well, first I had Goljan’s pathology, which was a sad attempt to study while I ran.  Then I decided that Goljan was a sadistic ass for trying to talk to me about granulomas and tuberculosis while I was in the middle of a perfectly lovely morning.  And he had to go.)

My one complaint is that it was hot.  Really hot.  Like oh-my-god-I-feel-like-I’m-either-going-to-melt-on-this-pavement-or-vomit hot.  Neither of which happened. But you get my drift.  Temperature-wise it probably wasn’t that bad but the sun was directly in front of us. Which made for one very lovely sunburn, let me tell you.

The Wellesley scream tunnel was around the half marathon point.  Picture a wall full of girls, all carrying a sign that says “Kiss me, I’m insert descriptor here“.  Kiss me, I’m Canadian. Kiss me, I have a red thong on.  Kiss me, I like beer.  You name it, there was a sign for it.

And that, my friends, was the last time I remember feeling really good.  Around mile 14/15 my quads started to cramp up.  At first it was just an ache near the lateral edges of both my knees.  I was expecting to see my mom and family around 16.8 so I just told myself to keep going until then because I knew that seeing them would give me the energy to keep on keeping on.

But then. I didn’t see them.  And that’s when things started to get really rough.  Each step was a mental battle.  I walked the hills. I stretched frequently.  I reverted back to running for four minutes and walking for one minute, which used to be my old run/walk strategy (as opposed to what I had been doing which was running a mile then walking a minute).

I’m not really sure what I was thinking through all of this.  Because you don’t really think. You can’t think.  You just go.  Wait for each mile marker to come.  Try to listen to the people around you screaming the name that you’ve duct taped to your chest.  Smile at all the “GO TEAM”‘s you get, since you’re wearing your Team in Training shirt.

But then once you round that corner onto Boylston.  A corner that you’ve rounded so many times before.  A corner that is rife with memories from when you lived in Boston and you were so utterly happy and had all of the best friends a girl could ask for living just a few doors down the hall.  Once you see that finish line.  It’s all worth it.

Final time – 4:33:42.  A little less than an hour slower than my first marathon.  But given the state of my legs these past few months.  Pretty rock star. 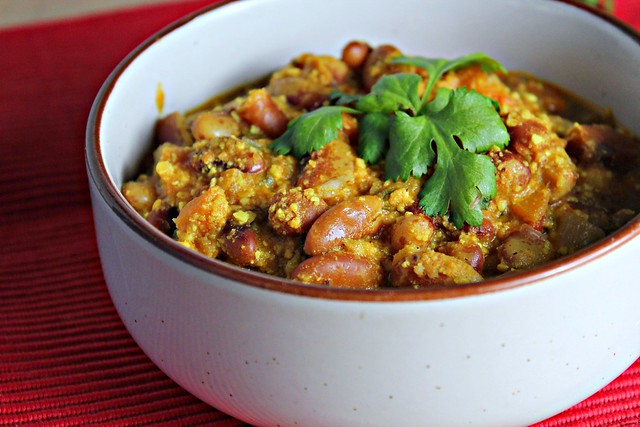 This marathon was definitely harder than my first.  I wasn’t as well trained, due to all my calf issues (which were shockingly non-existent during the race!).  The course felt hillier (even though I’m now staring at the elevation map from my first and that is just not true).  But it was amazing nonetheless.

But I’m back.  I am that person who I used to be.  Under all the stress fractures and calf injuries, I can still do what I love.  And so maybe what defines me is not the fact that I can run marathons but the fact that I have the mental ability to persevere through anything.  If there’s one lesson to be learned from Boston, it’s that.

(And also that doing hill repeats while training for my next marathon – Nike Women’s in SF in October – is definitely a good idea.  Definitely.) 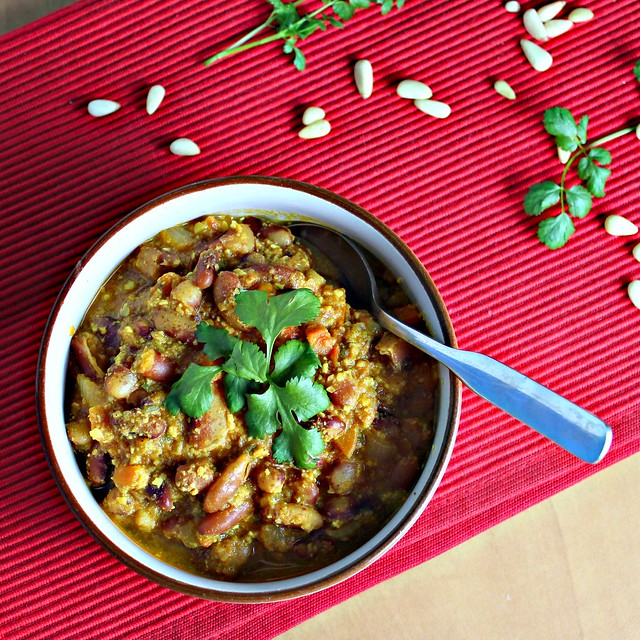 More of a curry than a chili, I made this a few days before I left and it was so lovely to come home to yesterday.  It has a really interesting flavor, especially with the smoked paprika that I used (and that is now my new favorite spice!) and is filled with so many good fats and fiber that it will keep you full for a looonnnggg time.  All the better to sustain you during those long hours of studying.  Or running. Or chasing children around your living room. Or whatever endurance “event” you’re participating in.

Also, thank you SO MUCH for all of your support!  Knowing that so many of you were out there rooting on me definitely kept me going and whenever I felt like I couldn’t take another step I thought of you guys. Propelling me forward. Pushing my legs further than they knew they wanted to go.

1. Rinse the beans in a strainer.  Put into a pot, cover with water and let soak overnight or at least 8 hours.  Drain, put back in the large pot, cover with water by about 2 inches.  Bring to a boil and then simmer, covered, for about 1 hour or until tender.  Drain and set aside when done.

2. While the beans are cooking, prepare the nut sauce.  In a blender or food processor, combine 1/2 cup water with the nuts.  Blend until you get a gritty paste.  Add 1 cup water to the blender and pulse.  Set aside.

3. Heat the oil in a large saucepan over medium-high heat.  When hot, add the onion, carrot, garlic, and chilies.  Cook, stirring often, until the onions begin to brown.  Stir in the chopped tomatoes, cayenne, smoked paprika, cumin, coriander, salt and turmeric.  Lower the heat to medium low and cook, uncovered, stirring occasionally until tomatoes start to thicken, roughly 10 minutes.

4. Add the nut paste to the pan.  Toss in the cooked beans.  Stir well to combine and bring to a boil.  Reduce the heat to medium-low, cover and simmer for about 20-30 minutes, stirring occasionally to make sure the ingredients don’t stick to the bottom of the pan.  Add more water (if necessary) to reach desired consistency.  Season with salt to taste.  Serve garnished with chopped cilantro or parsley.

I am submitting this to My Legume Love Affair, which is being hosted this month by Jaya of Desi Soccer Mom!  And also to Deb of Kahakai Kitchen for Souper Sundays! 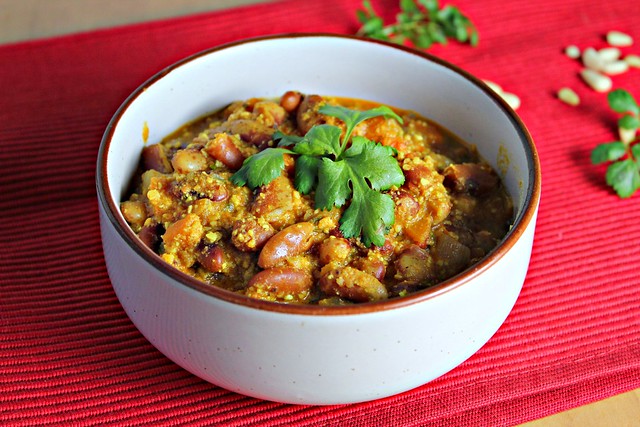 123 Responses to Vegetarian Chili with a Cashew Pistachio Sauce…and a Boston Marathon Recap!