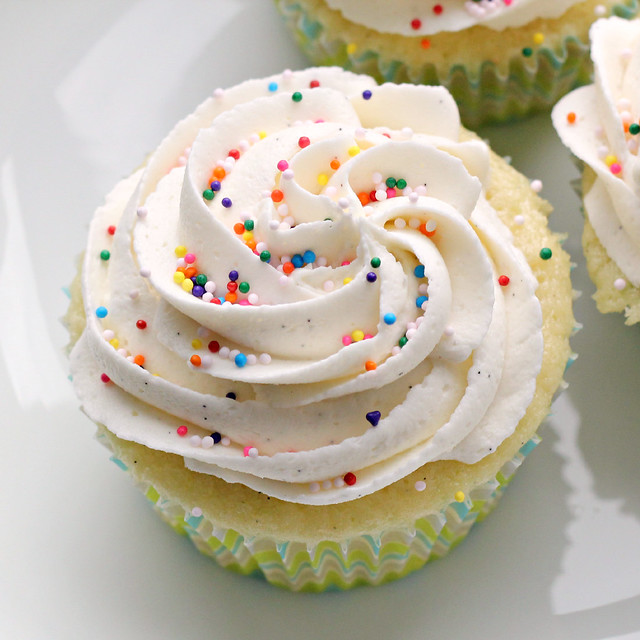 Well, I promised you a celebratory cupcake.

So get some Eye of the Tiger blasting. Throw on something audaciously sparkly and sequined (think Forever 21). And give me some spirit fingers. 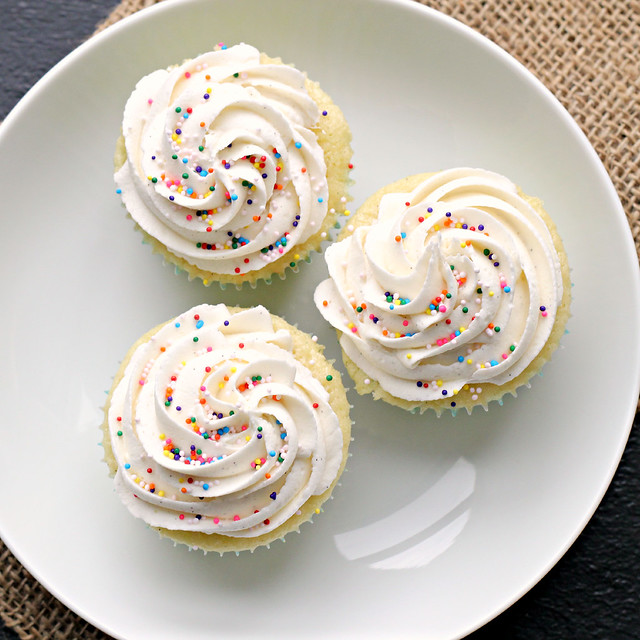 Now before you all start arching your eyebrows in disbelief and saying things like, “Plain vanilla. Really. That was the best you could do.” 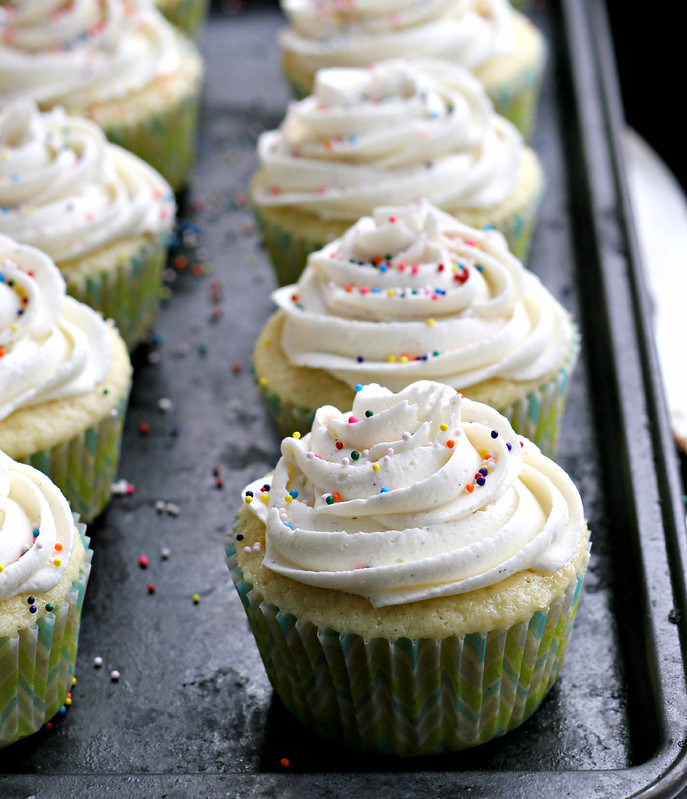 I’m always a bit reticent to call anything the “perfect” recipe but when you encounter a cupcake such as this…you gotta do what you gotta do.

They are soft and fluffy and so intensely and unapologetically vanilla, that they induce happiness with just one bite. 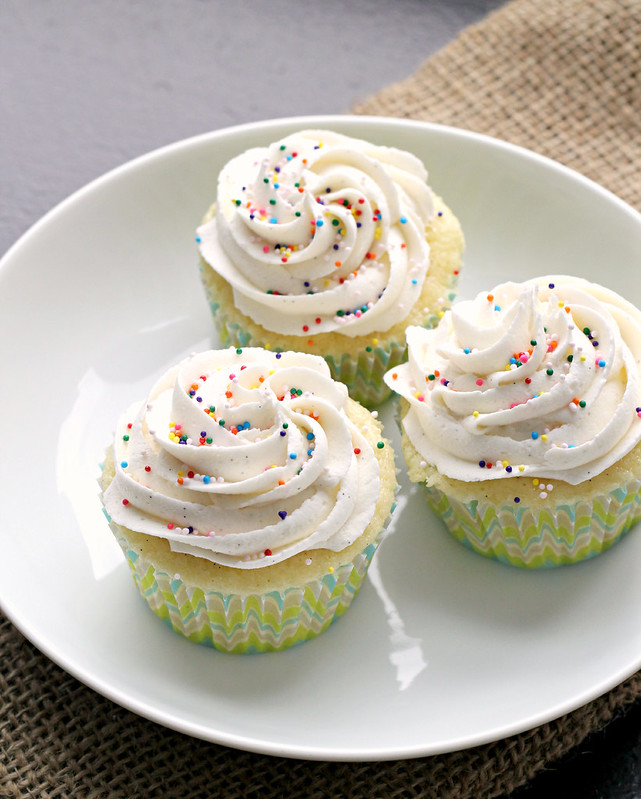 And with a drizzle of rainbow sprinkles on top, we can totally get this party started. 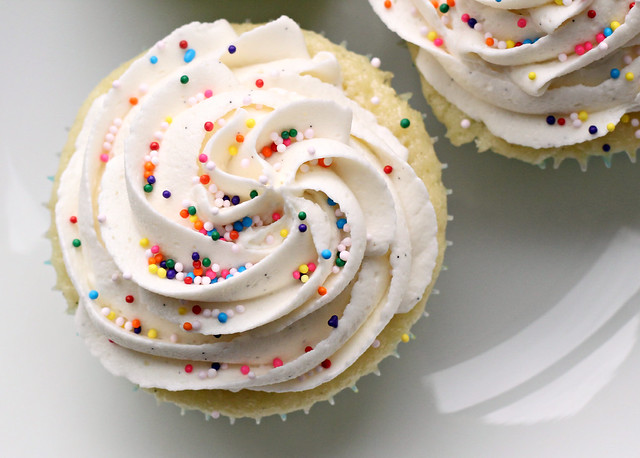 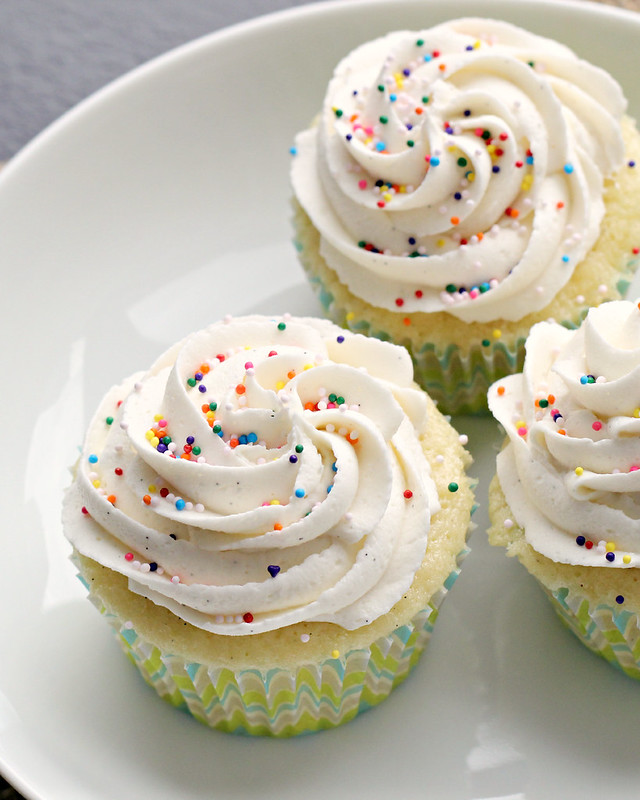 I made these for my brother’s birthday almost a whole month ago, per his vanilla-centric request. (Seriously, though…he hates all other flavors.) And he and my sister fought each other for the leftovers.

Now, almost a month later, it is my mother’s birthday and while I probably won’t make these again (since as a variety-obsessed food blogger I rarely make anything twice, much to everyone’s chagrin)…I am strongly considering it. And that says a lot. 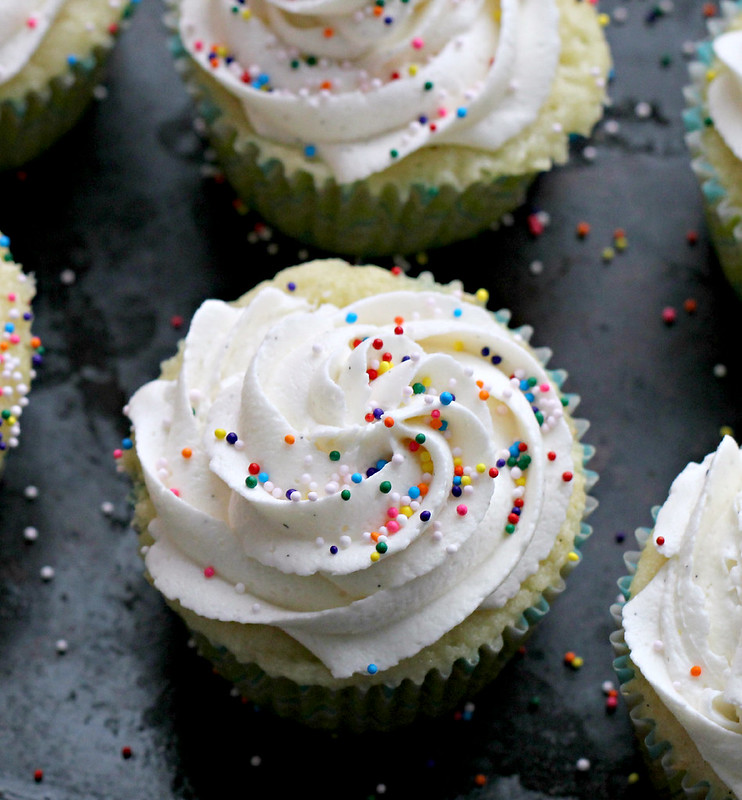 Perfect Vanilla Cupcakes
Makes 30 cupcakes, adapted from Tide and Thyme and Confections of a Foodie Bride

Ingredients
For the cake:

Instructions
For the cake: 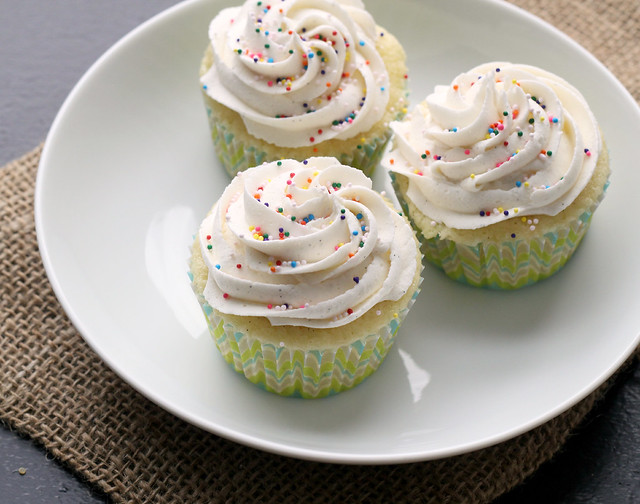