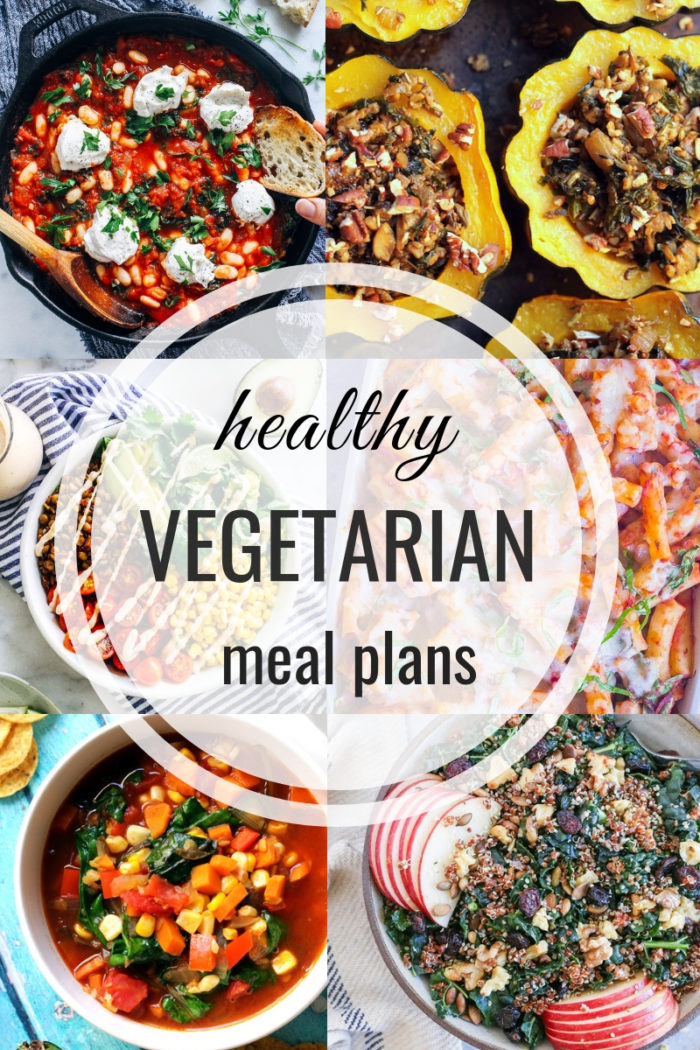 Crazy things are afoot over here. Remy has slept for a WHOLE WEEK in her new toddler bed without giving us issues. If that’s not a miracle, I don’t know what is. She’s also been insisting we do yoga poses together before bath every night, which is basically the cutest thing ever. And apparently she knows all of the months of the year and days of the week?!?! I certainly didn’t teach her because I pretty much never know what day it is, so I guess all that time at daycare is doing something!

Also, it’s my last working weekend for the next two weeks and I may or may not be counting down the hours until my day off tomorrow. I admit to nothing!

Here’s what we’ve got on the menu for this week’s healthy vegetarian meal plan: 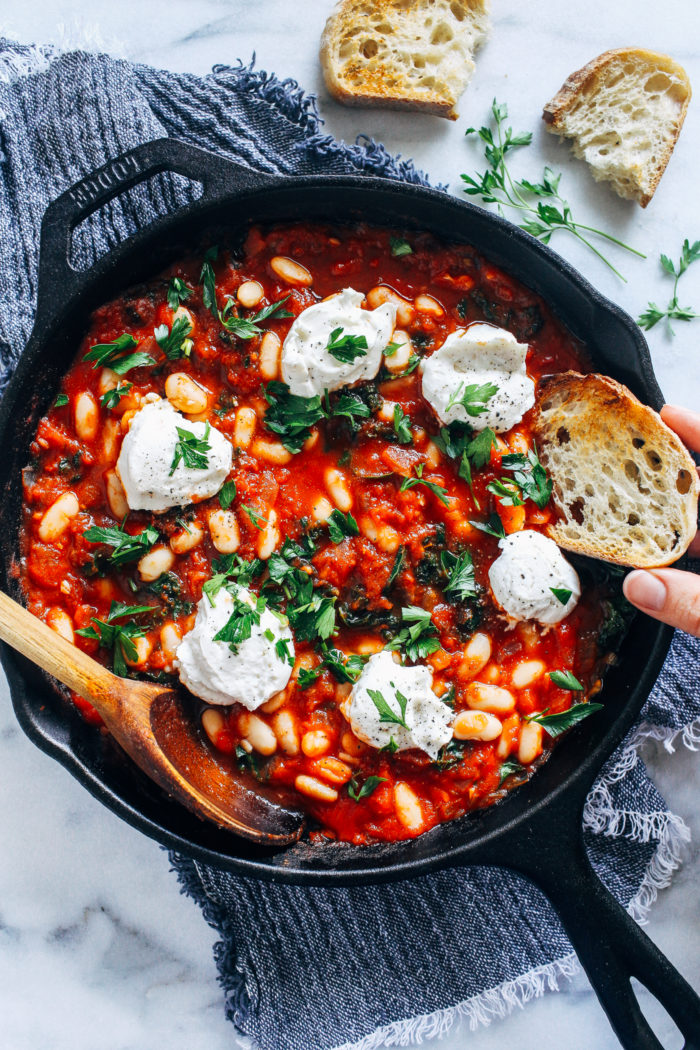 Prep Ahead Tip: Recipe doesn’t take long to make so no need to prep ahead. If you like you could make the entire meal up to 2 days in advance and just re-heat in oven before enjoying.

Vegan/Gluten-free Substitutions: Use gluten free pasta to make gluten free and your favorite vegan cheese to make vegan. You can also omit cheese all together if you prefer. 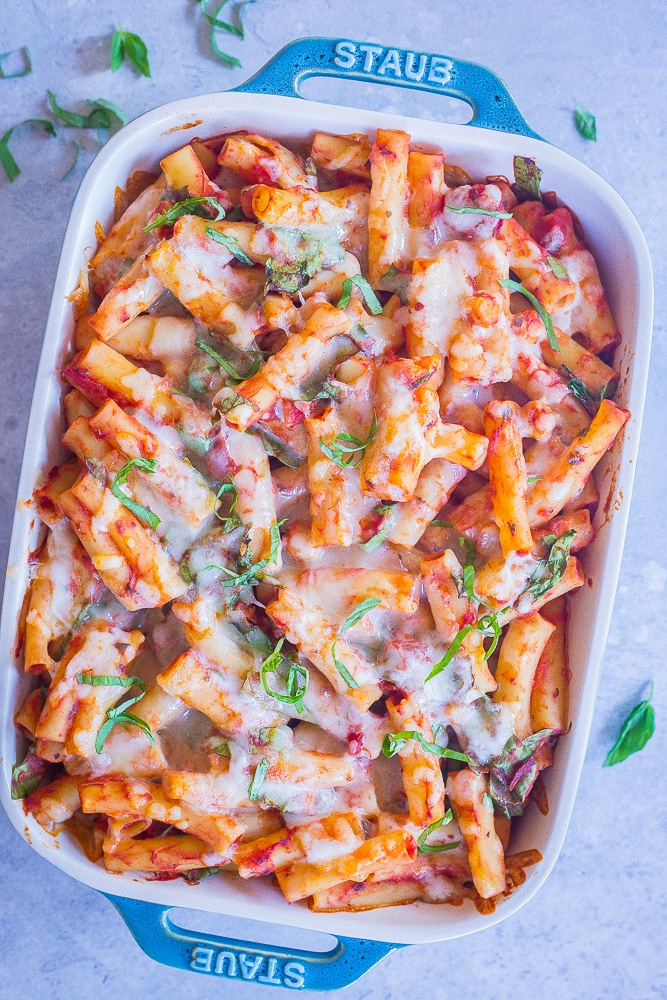 Tempeh Sausage Stuffed Squash from Hummusapien
Prep Ahead Tip: Recipe does not take long to prepare. 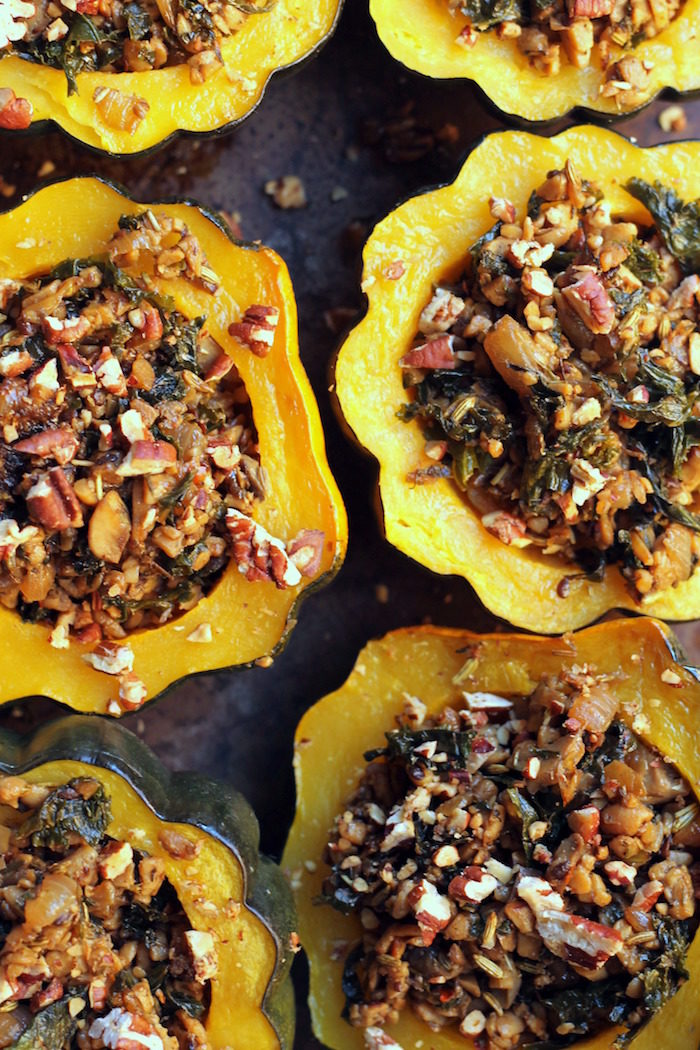 Vegan Sopa Azteca from Eats Well With Others

Prep Ahead Tip: Recipe comes together quickly, no prep needed. 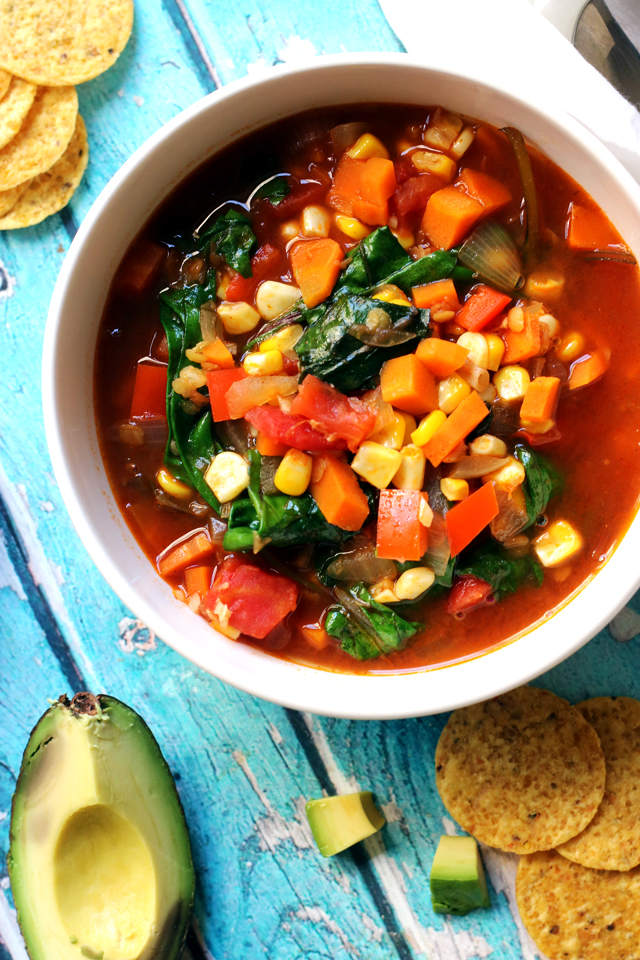 Kale & Quinoa Salad with Apples and Walnuts from The Roasted Root

Prep Ahead Tip: Salad comes together lickety split! No advance prep is necessary 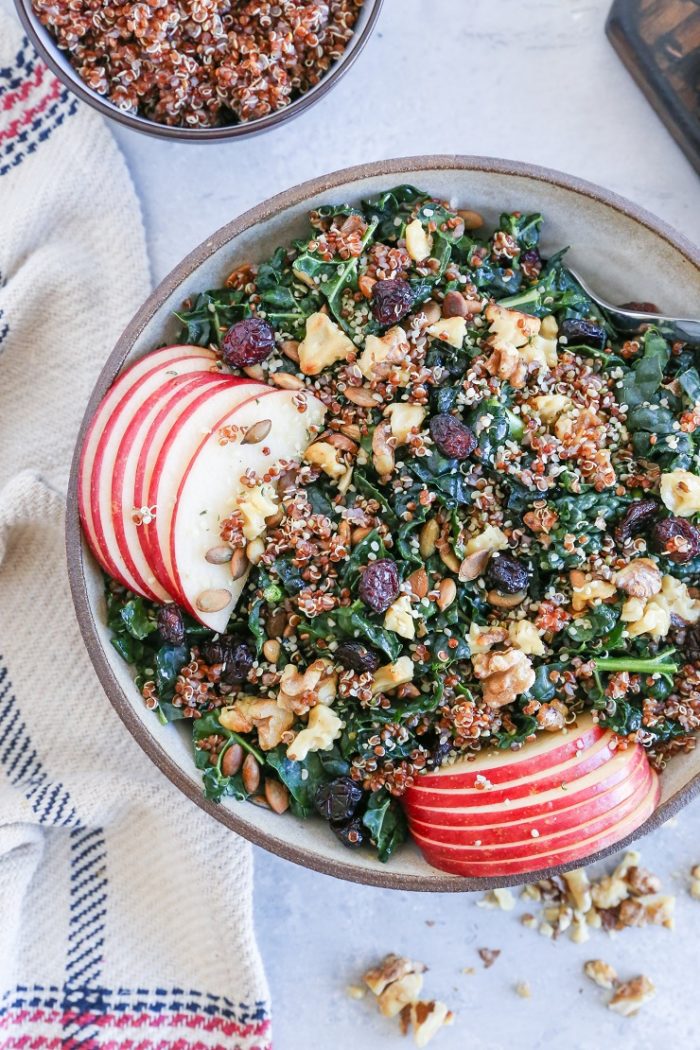 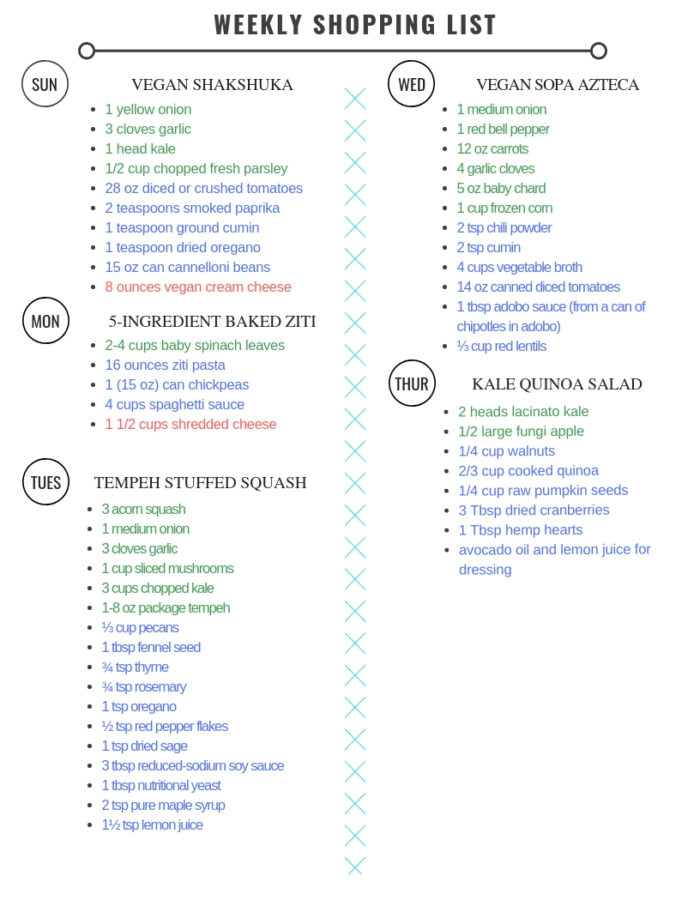