Have the Cake – Coconut Cupcakes 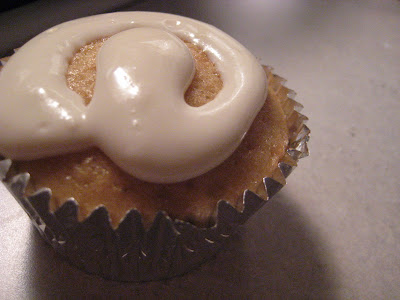 That was the first thing that Alan, my running partner, said to me when I met up with him on Sunday morning to go for a long run.

I stood there. Hands on my hips. Staring at him. For probably a full minute. 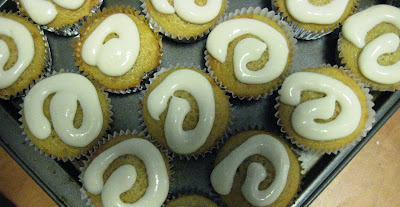 In the meantime, I had this internal monologue going through my head.

Wicking? Layer? Wicking…as in candle? Is he trying to say that I should cover myself in wax? Is this some kind of weird innuendo that I’ve never heard of before? Where’s Donna when you need her? Should I be backing away right now, slowly? I mean, you think you know a person and then they come up to you and say something like this and it just goes to show you that you can never really know someone and-

At this point, Alan is circling me, looking me up and down in disbelief.

He is not helping his case. 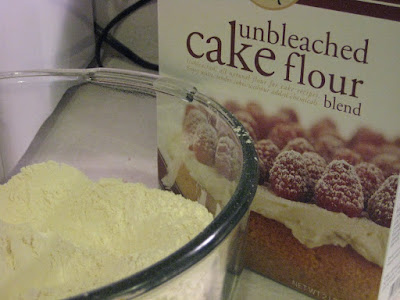 I get ready to run for it. Just in case he pounces.

“You don’t have a windbreaking layer either. OR a thermal layer. And you’re wearing a cotton sweatshirt.” 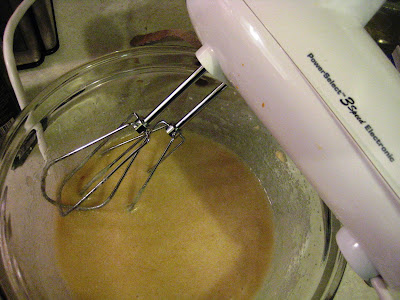 Finally it occurs to me that perhaps he is not insane and that maybe, just maybe, the miscommunication is actually due to my inability to be coherent at 8AM.

“Okay Alan, so you’re saying all of these words right now. And I’m not really sure how they apply to me. At this moment.”

He looks at me, exasperated.

So then I looked around. And noticed that everyone in the park was wearing gloves. And a hat. And a jacket. Some people were even in parkas. Tourists, I thought, mentally shaking my head in disbelief.

And there I was, wearing my spandex. And a sweatshirt. Obviously rejecting the notion that we might not be in Kansas anymore. And it might not be 70 degrees and sunny again. For a long, long time.

So we went for the run and it ended up warming up to about 52 degrees, which was fine. I managed to escape without any frostbitten fingers and toes, which was really all I could ask for. But I was shaken. I will concede.

When I got home, I called my mother and informed her that I was severely lacking in the wicking layer department. This got her very nervous.

“I also need a thermal layer and a windbreaking layer”, I added, trying to sound authoritative and knowledgeable.

“Plus I hear it’s going to be really cold this winter. Starting sometime after Christmas. Probably December 26th to be exact. And boy, that winter running gear would really come in handy then…” 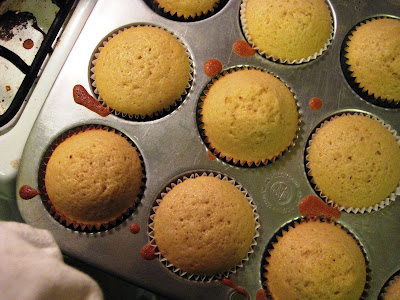 I can see her now as she ran to my father after getting off the phone with me. “Your daughter is hypothermic. We are going to Modell’s. Now.”

I have learned that all I have to do is plant a pretty innocuous seed in her head and she somehow manages to blow it entirely out of proportion. I fully expect that when I go home for Thanksgiving, she will have found some way to associate my lack of winter running gear with the imminent threat of nuclear war.

In the meantime, I am not ready to give into winter just yet. I don’t want layers. Layer cake, maybe. But layers of long underwear followed by underarmour followed by a windbreaker? That’s just unappealing.

So I will perpetuate my own denial for a while. And these coconut cupcakes with their coconut cream cheese frosting were just enough to send visions of palm trees and tropical islands through my head. So thank god for Have the Cake, the theme of which for this month was Coconut Cake. And whoever had the foresight to know that this little bit of summer was just what I would need to get me out of my early winter slump. 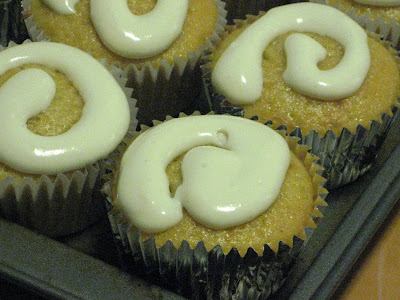 Coconut Cupcakes with Coconut Cream Cheese Frosting
Makes 2 dozen, adapted from The Bon Appetit Cookbook (the recipe was originally for Coconut Layer Cake but cupcakes are much easier to bring to class and share with my friends)

2. Pour batter into cupcake tins. Bake about 15 minutes or until toothpick inserted comes out clean. Cool in pans 15 minutes. Cool completely on a wire rack.

40 Responses to Have the Cake – Coconut Cupcakes