Oven-Fried Tepin Chile Chicken and Waffles with a Juniper-Infused Pomegranate Maple Syrup Spaghetti and Spaghetti Squash with Lemon Garlic Sauce and Ricotta…Eat.Live.Be. For a Better 2011! 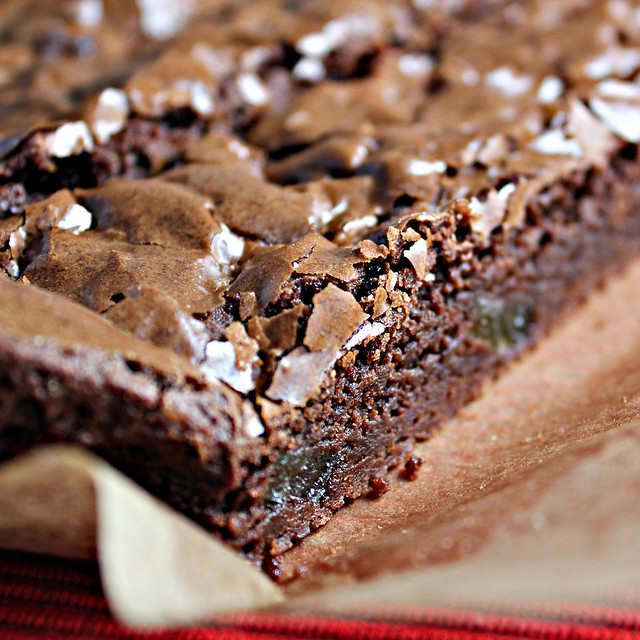 I occasionally yell at the television at the gym.

It’s the only opportunity I have to watch television, seeing as how I don’t own one.  And so I like to abuse it to maximal proportions.

Sometimes this means telling Paula to get her cholesterol checked.

Or yelling at Giada to eat a cannoli, for god’s sake, and get herself some child-bearing hips.

Mostly it’s saying, “Oh no she didn’t!” to my favorite real housewives of “insert random city here”.  (I am an equal opportunist, except when it comes to Atlanta, in which case I can’t stand the show.)

On the particular occasion that I’m thinking of, however, the show in question was some Food Network Challenge that was based around cookies.  In each round, the contestants were given a new set of ingredients and/or a theme and they had to formulate a cookie that either used the ingredients, fit the theme, or both.

All of which was fine and dandy until, in one of the final rounds, one of the contestants was given a whole slew of Asian ingredients, out of which he had to choose two or three to incorporate into his cookie. There was really was nothing too difficult in this, as both crystallized ginger and fresh ginger were numbered among his options.  Now, I guess it’s possible that he had never heard of gingerbread cookies before, which might in fact explain the temper tantrum he proceeded to throw. Really. He hemmed and hawed about those ingredients as if someone had given him raw chicken and told him to spin it into gold.

So now you see why I had to start screaming at the screen. 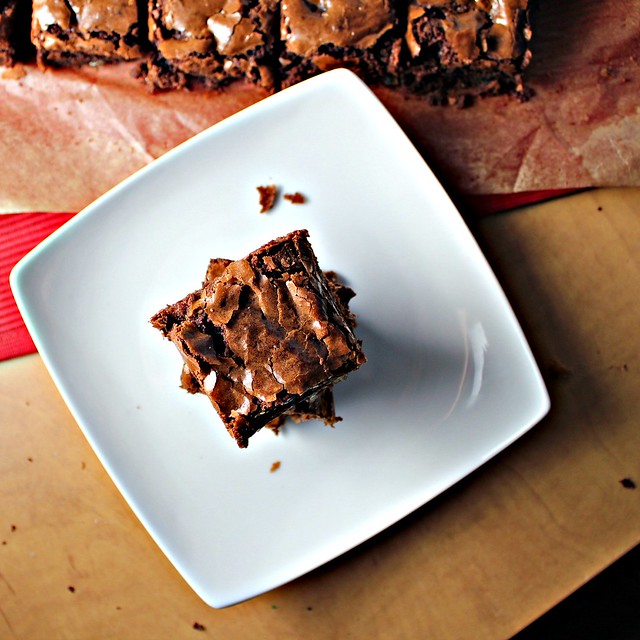 And also why, somewhere in the middle of the spectacle that I was making of myself.  It dawned on me that somehow.  Someday.  I should make a wasabi ginger chocolate chip cookie.

And somehow.  Someday.  Maybe I will. 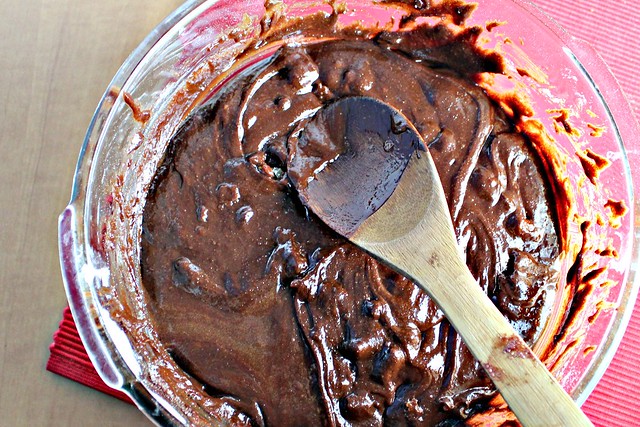 So I thought my way to the sushi joint across the street from my apartment, which honestly is where my thoughts reside most of the time anyway because damn I do love sushi.  And that’s how a miracle was born.

I should warn you that these don’t really carry the wasabi punch that you’re expecting, probably because I used powder rather than paste.  (And I wouldn’t try using paste if I were you, because I don’t think that it will incorporate evenly into the batter and so someone will end up with a huge clump of wasabi and a subsequent trip to the ER after burning a hole in his tongue.)

Undertones that keep you up at night and make you wish that you hadn’t brought the better part of the fudgy delicious batch into school and given most of them away to anyone who would take them.  Because you ate too many to list here the day before anyway.

Not that any of that really matters.  Because it is your birthday today.  And we all know the rules about calories and birthdays.  (Plus maybe your birthday wishes will finally be answered and all of the brownie weight will go to your boobs.  Maybe.  Hopefully.  We’ll see.)  So celebrate for me and with me and make these.  Even if you leave out the wasabi and the ginger (wuss), there is still a perfectly wonderful dark chocolate brownie at the heart of it all.  And I think we can all get behind that, now can’t we. 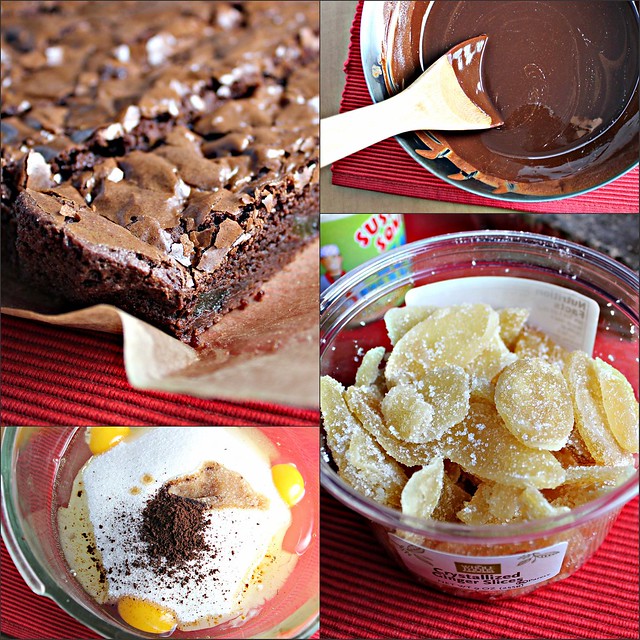 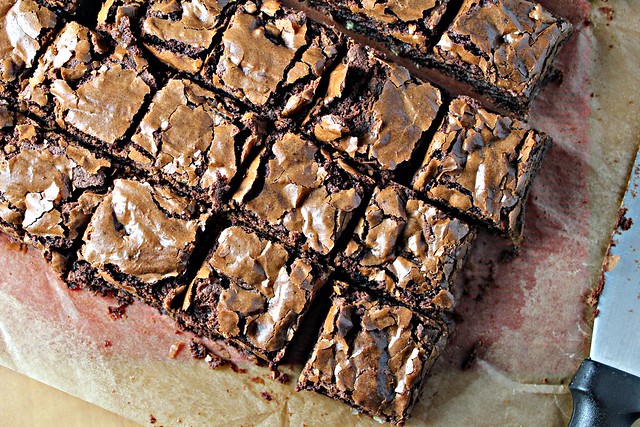