Set your taste buds on fire with this jalapeno popper kale deep dish pizza – between the chiles and the pepperjack cheese, it is not meant for the faint of heart! 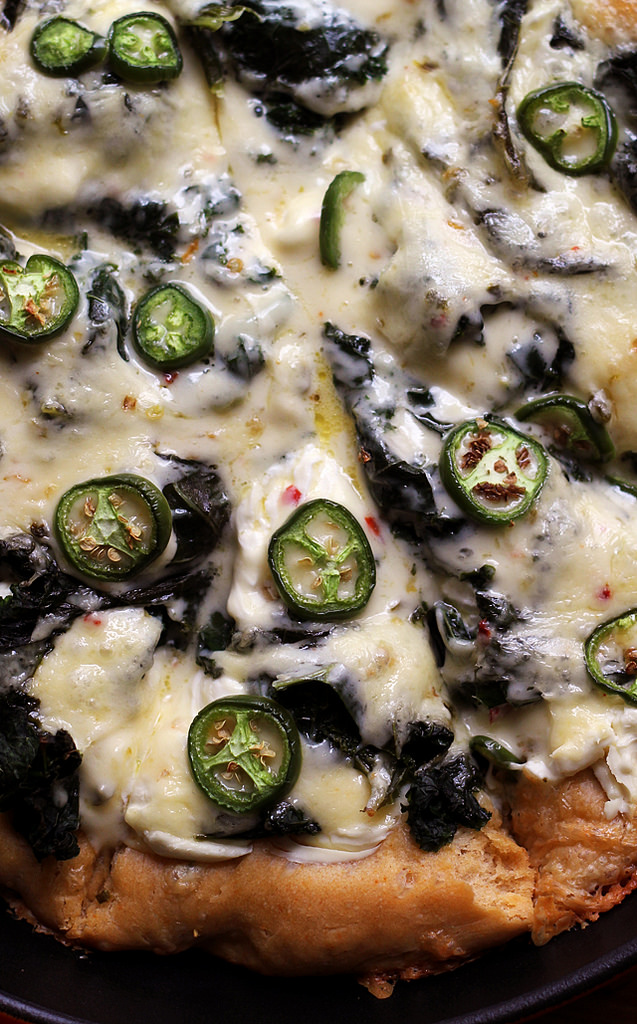 That time you put a scale on your wedding registry for, you know, completeness, thinking that no one would actually get it for you because TACT.

But then it mysteriously arrives at your door and YOU DECIDE TO STEP ON IT.

When am I going to learn to make better life choices? 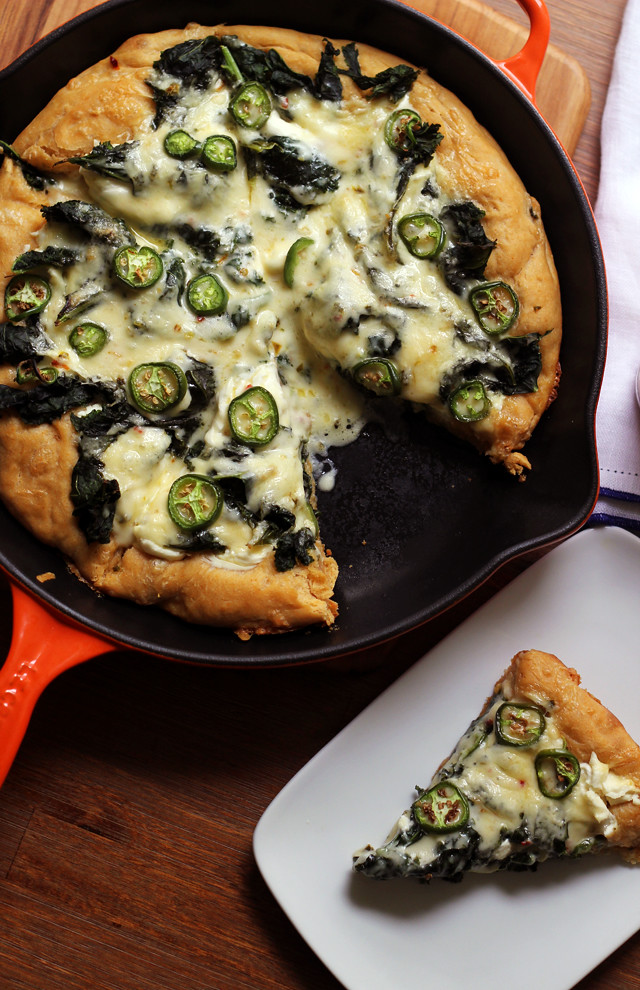 So now I’ve put myself on this thing called a wedding diet.

And a real one this time.

The kind where I actually count calories and don’t just say I’m on a wedding diet while simultaneously devouring a plate of cookies. Because apparently the latter kind has not really been working out too well for me. Go figure.

I mean, it’s not so much of a dire situation. All of my jeans still fit, so how bad could things really be?

But how glad am I that I made and devoured this pizza two days before this life altering realization? So glad. 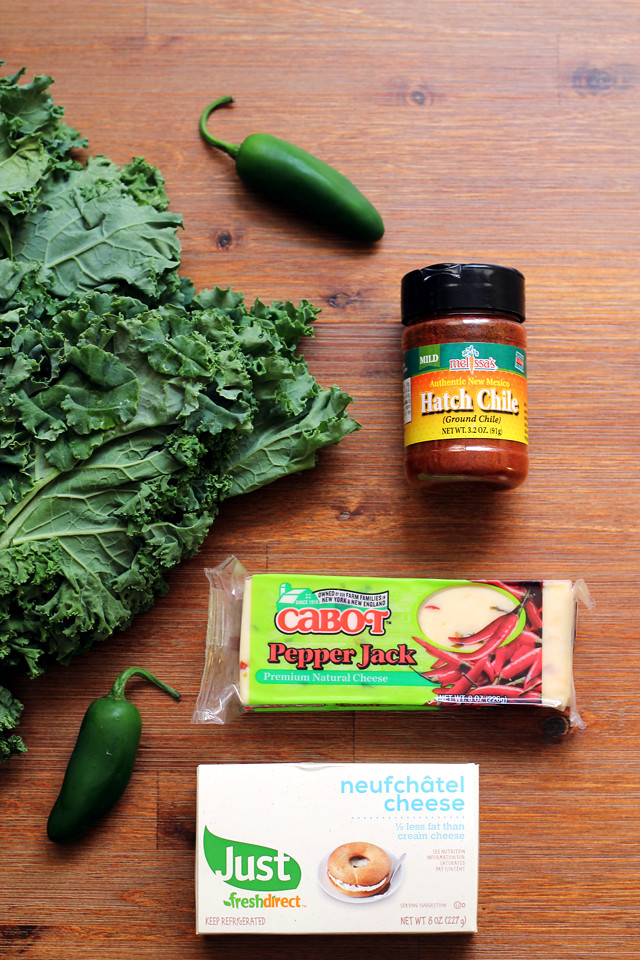 If you’re going to go out, you might as well go out with a bang. 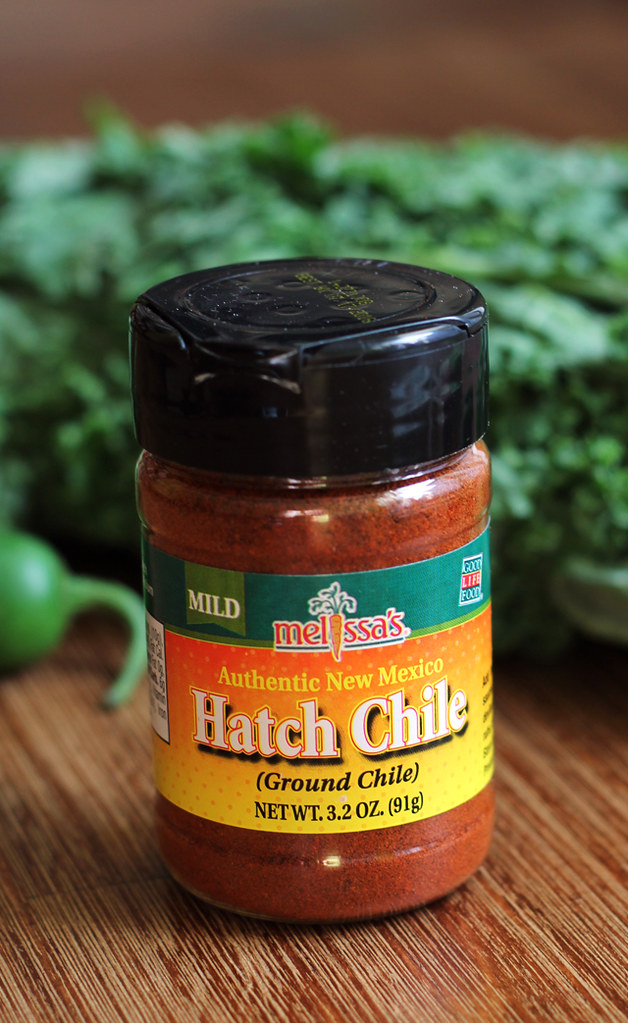 For this month’s Recipe Redux, we were challenged to create a recipe with a spice that had been lurking in the backs of our cabinets, but since I really am an equal opportunist with my spice usage, I chose instead to use a new-to-me spice that I had never cooked with before! The super kind folks over at Melissa’s Produce, purveyor of all things crazy/awesome/delicious in the produce world, recently sent me some of their Hatch chile powders to try, and as soon as I received them, I knew I just HAD to make this pizza! The mild chile powder is infused into the dough and adds just a hint of heat, with some great chile flavor.

This pizza isn’t tame, though! Slices of jalapeno and pepperjack cheese on top bring some serious spice while dollops of cream cheese and kale do their best to tame it, so your tongue is alternately exploding in flames and then submerged in creamy goodness.

It’s kind of the best. 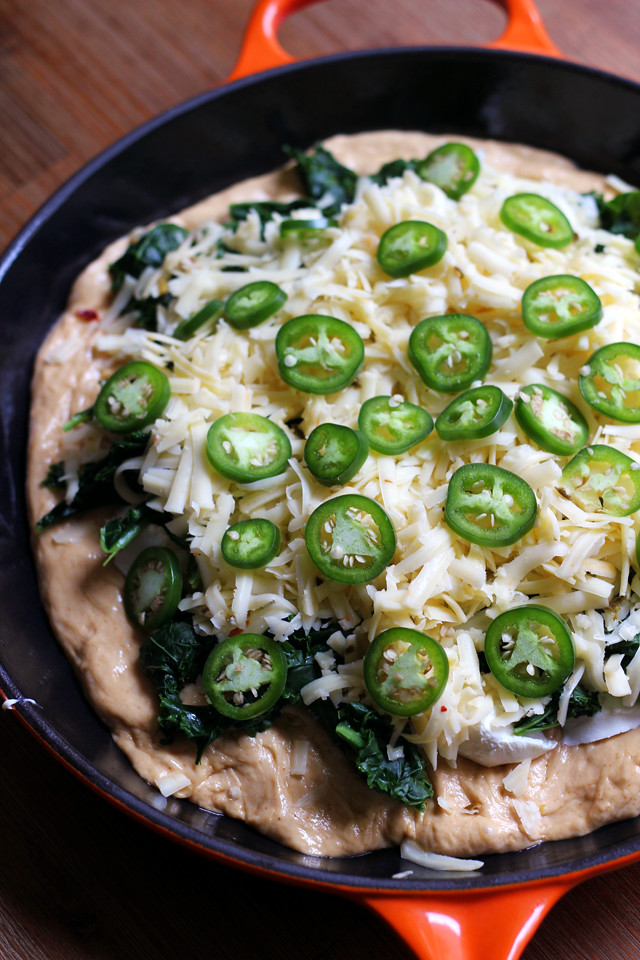 Unless you’re on a self-imposed wedding diet.

Which I will promptly start after I eat all the leftovers. It just seems like the right thing to do. 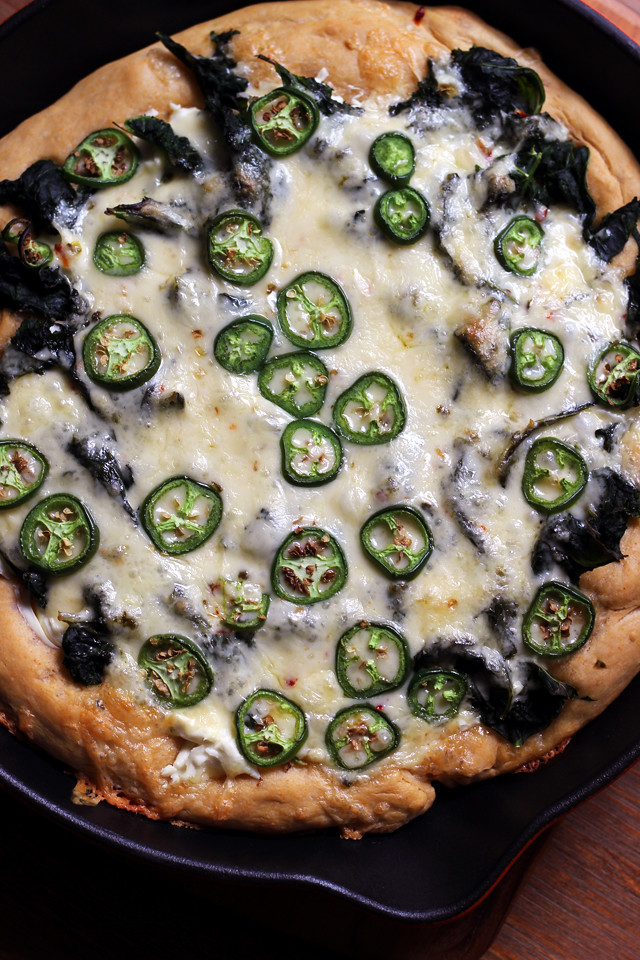 Print
Set your taste buds on fire with this jalapeno popper kale deep dish pizza - between the chiles and the pepperjack cheese, it is not meant for the faint of heart!
Yield: 1 pizza
Ingredients
For the crust
For the pizza
Instructions
Notes
An Eats Well With Others Original
Nutrition Information
Serving size: 2 slices
3.5.3208 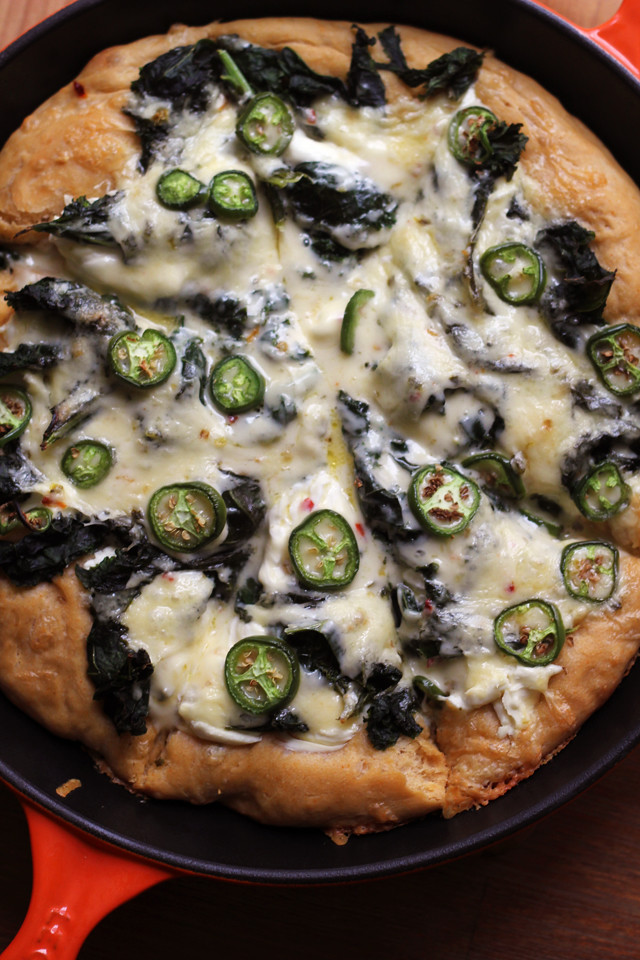