Need a use for those brown bananas? These banana chocolate chip cupcakes with bourbon cinnamon buttercream frosting are IT. 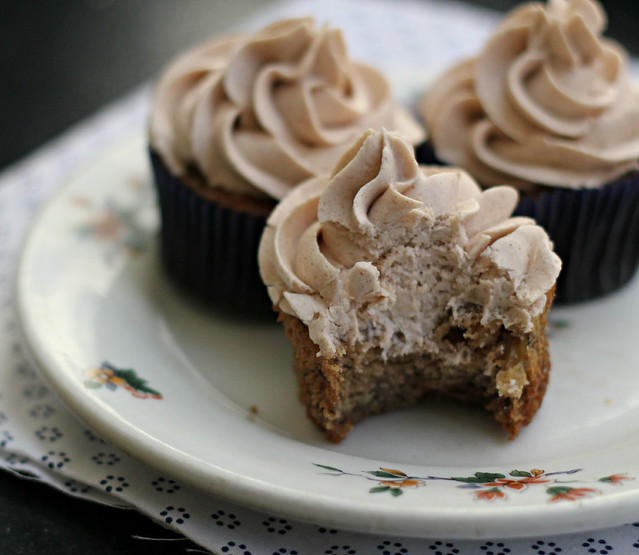 I’m pretty sure after a day whose sole purpose it is to spend money on overpriced prix fixe menus and consume chocolate and red velvet by the {large} heart-shaped boxful…we need some fruit in our food pyramids.

So I made cupcakes. With bananas. 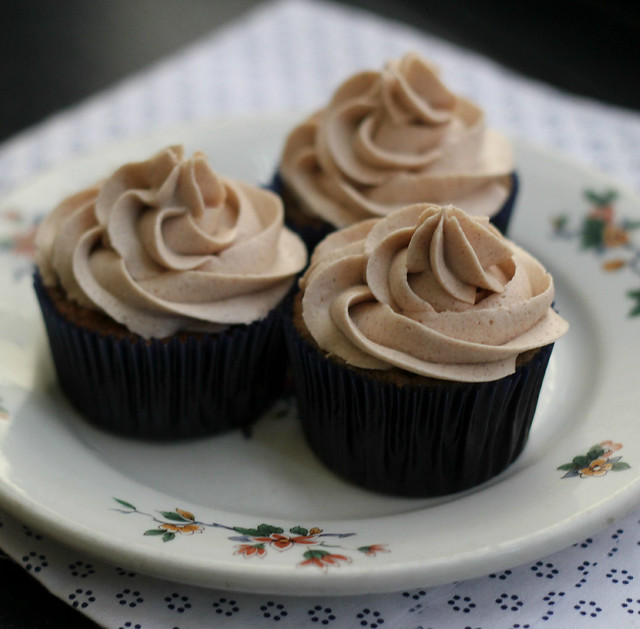 Not to mention the shot of bourbon in the frosting.

We’ll need that after we come home from the gym to find that our boyfriends have “reorganized” our pantry in our absence.  By which I mean took what was organized chaos and DESTROYED IT by trying to arrange things in a geometrically reasonable manner. 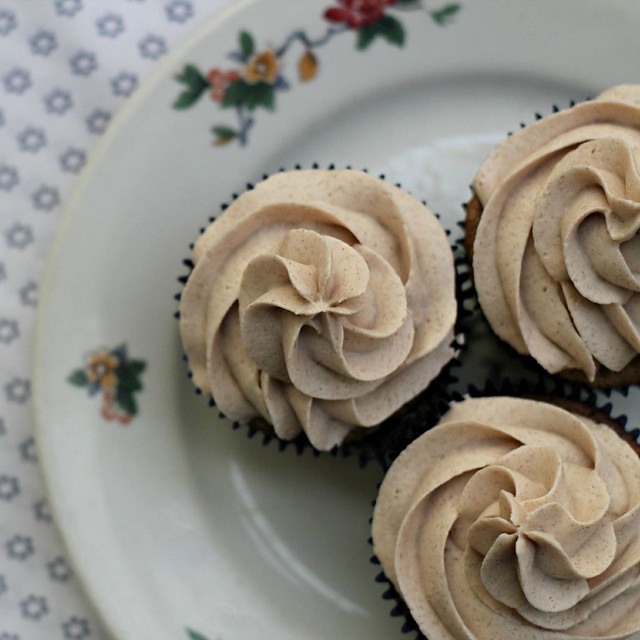 A sweet gesture to be sure.  So long as your girlfriend isn’t irrationally possessive of her six different kinds of flour, half a box of gingersnaps, and rice paper rolls. Among other things.

In which case, during your cleaning spree it would probably do you good to hide “relocate” the bottle of Maker’s and the extra cupcakes. 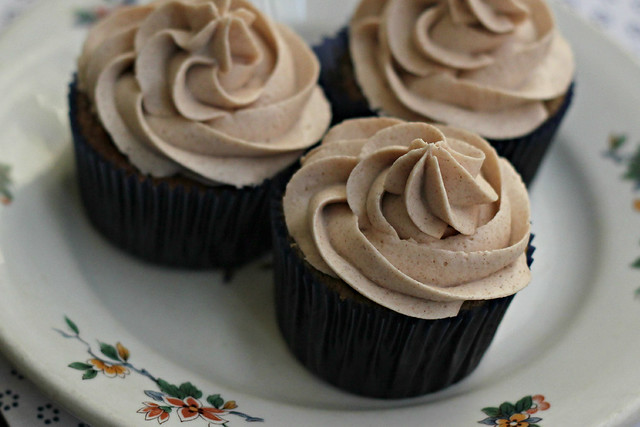 Anyways. These are good stuff.

You’ll crave them when you’re annoyed at your boyfriend, when you wake up in the morning, before you go to bed and countless moments in-between.

And with three whole bananas in them, you can totally inhale them without guilt. Seriously. Legit. 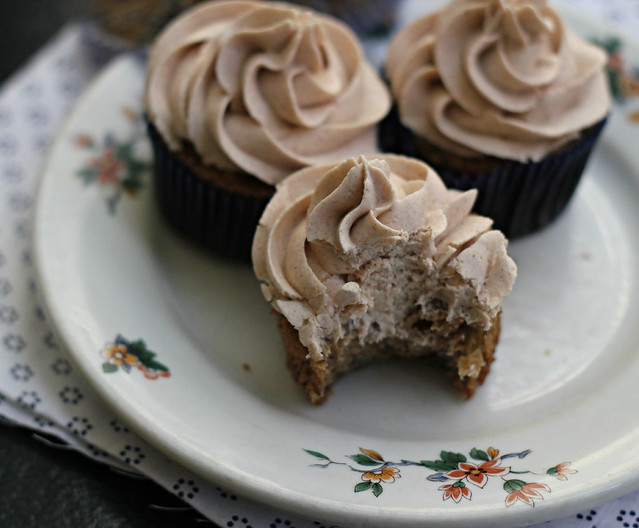 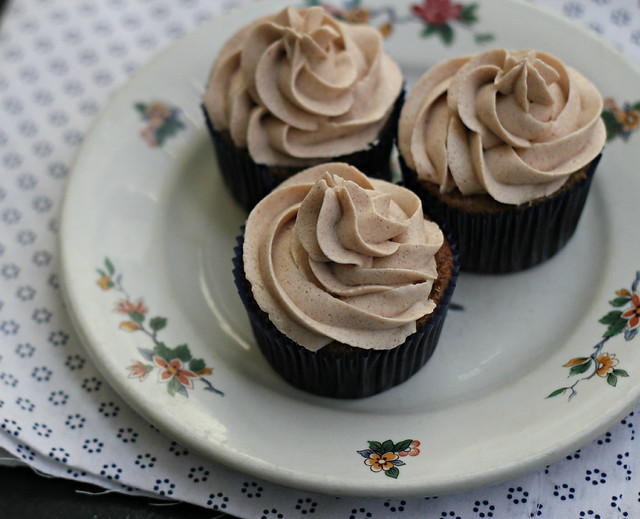