This is penne a la vodka at it’s best – a vodka-infused sauce with a hint of cream for indulgence, with peas mixed in for a bit of health in every bite. 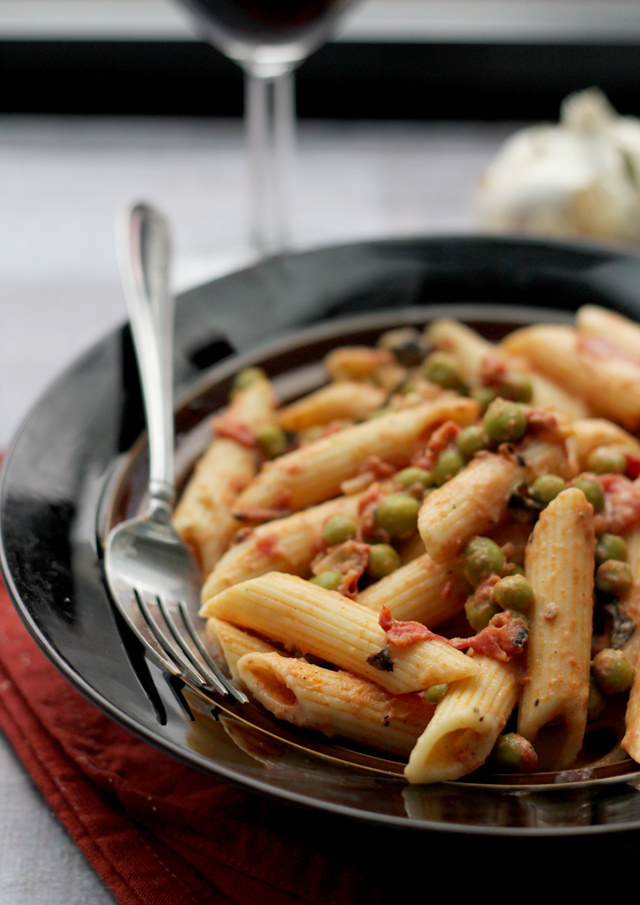 Every so often, I cave and cook something that I know the.boy will love.

And by “every so often” I mean twice a year – Valentine’s Day and his birthday.

The rest of the time, it’s The Joanne Show around these parts, although you should take into consideration that I sacrificed my brussels sprouts consumption this year for his taste buds, which was HUGE on my part. HUGE. 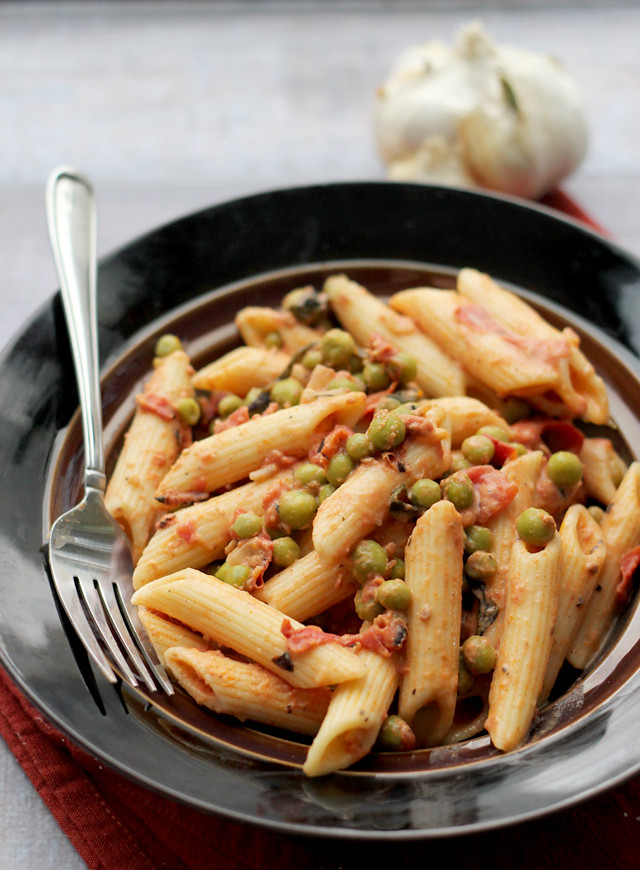 I’m so selfless sometimes that it hurts.

The.Boy lived on pasta with jarred tomato sauce before we moved in together, and I’m pretty sure he could have gone on doing so, fairly contentedly, ever and anon.

And then I came along with my passion for vegetables, organic, local, from-scratch eating, and things would never be the same again.

So this is kind of a throwback to his bachelor lifestyle, except a MAJOR step up because it is filled with vodka, a touch of cream, and fire-roasted tomatoes.

You won’t find anything close in any jar that I know of.

Because, even though this meal is supposedly for him, it is really still The Joanne Show. Just being honest. 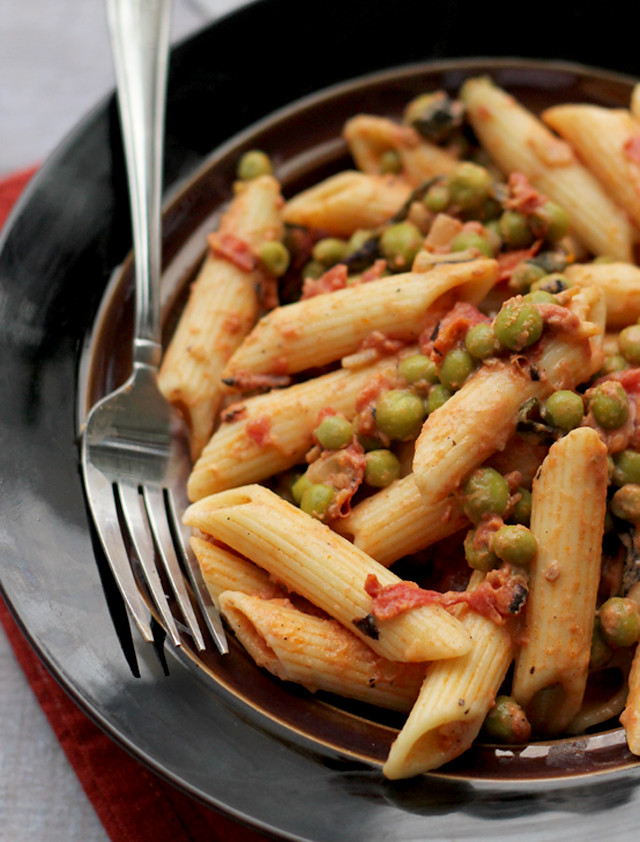 Print
This is penne a la vodka at it's best - a vodka-infused sauce with a hint of cream for indulgence, with peas mixed in for a bit of health in every bite.
Yield: 6 servings
Ingredients
Instructions
Notes
Adapted from The Food Network
Nutrition Information
Serving size: ⅙th of recipe
3.5.3208 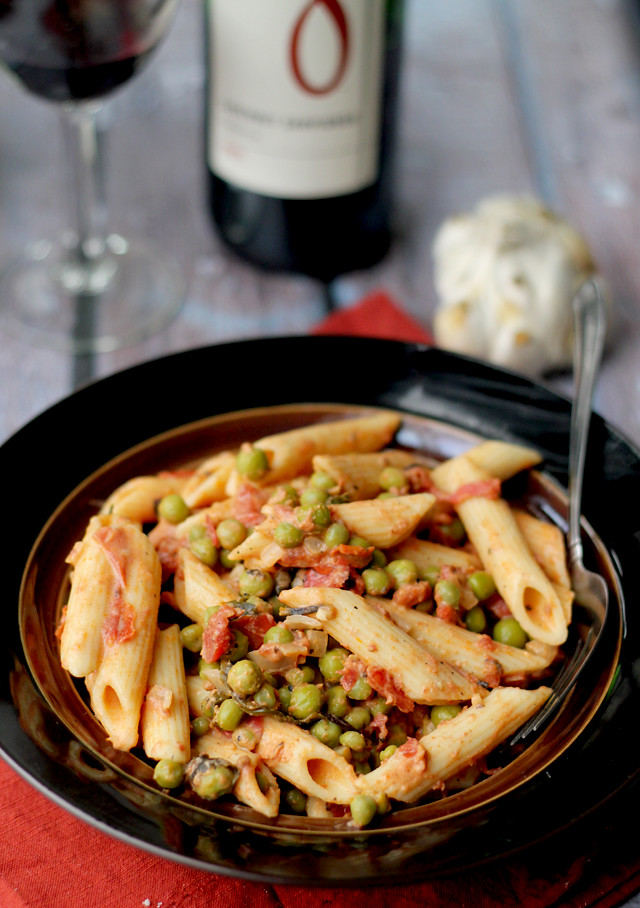 79 Responses to Penne a la Vodka