Orzotto with Leeks and Sun-Dried Tomatoes 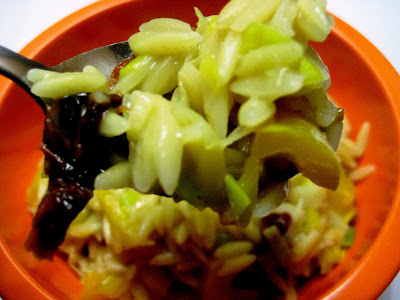 I got a text message from my brother yesterday.

Okay. It wasn’t a text message. He “BBM’ed me”. Whatever that means. All I know is that this little blue circle showed up on my Blackberry screen instead of the little envelope. And apparently there’s some kind of difference between the two that I can’t quite figure out. Then again, I’ve had the phone for six months now. And still haven’t figured out how to set up my voicemail. So this shouldn’t surprise anyone. 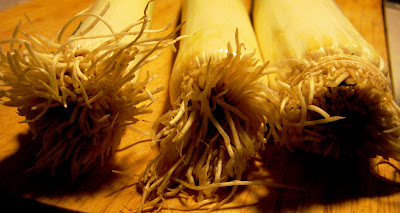 He definitely has a flair for the dramatic, that one. I can’t imagine where he gets it from.

Your father food poisoned me. 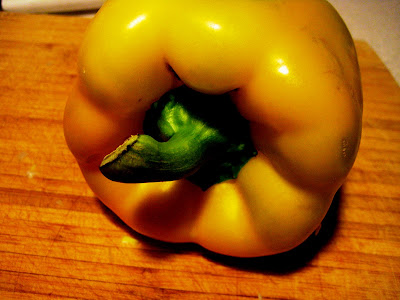 I blame myself for this. My father called me early on Valentine’s Day morning. Asking me why his crockpot pulled pork always gets burnt around the edges (where it touches the sides of the crockpot). Are you using the recipe from my blog Dad? No? Well then I can’t help you.

I knew he was cooking. I could have prevented this. Staged an intervention of some kind. Or gotten some kind of restraining order that would prohibit him from going within 100 feet of the kitchen. But then my brother said something that made me really upset. The orzo was just so rich. He said it was your recipe.

Really Daniel? Because the recipe that he’s referring to has approximately three ingredients. Orzo. Chicken broth. And salt. (Isn’t that the beautify of risotto though – orzotto, in this case. It tastes as if it has been saturated with heavy cream. When really, it’s just starch. What more could you ask for in a pasta dish?) 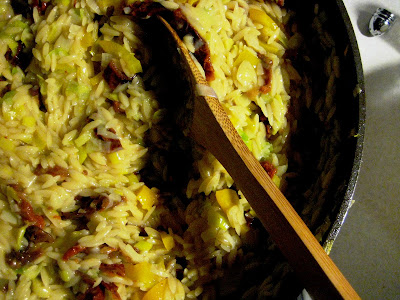 I know my father, however. And so even though the recipe doesn’t contain any cream. It doesn’t mean he didn’t add any cream.

This warranted a phone call. (Against my better judgment. But it had to be done. My reputation was at stake.)

What did you do?

What do you mean?

You know what I mean. The orzo. What did you put in it.

I used your recipe.

Okay, so you actually went to my blog. Looked up the orzotto recipe. And followed it. Step. By. Step.

Well. I used the recipe from the box. But they’re the same.

That’s obviously not true. Because yours made Daniel sick and mine didn’t.

This is why we are not going to use recipes from the sides of boxes anymore. Do you understand?

And for the record. 8 cups of broth does not actually mean 8 cups of butter. 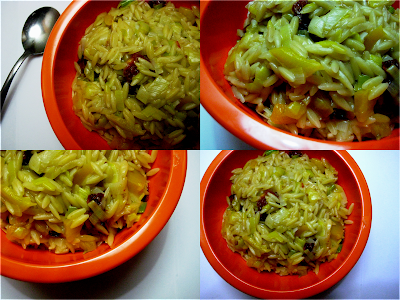 After all that. I was frazzled. To say the least. And felt like I needed to redeem myself. Along with the orzotto. Because really, it didn’t deserve any of this.

So I turned to my trusty Williams-Sonoma Risotto cookbook. Honed in on the recipe for Orzotto with Leeks and Sun-Dried Tomatoes. Made it. Loved it. And here we are. 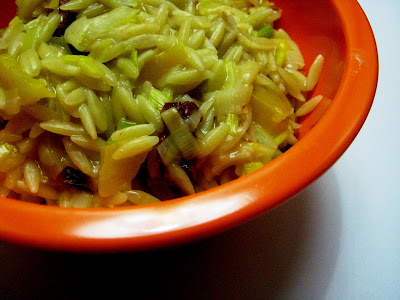 Bring the broth to a simmer. Heat the oil.

Saute the leeks and the pepper until softened (season with salt!), about 4 minutes. Transfer to a bowl.

When the orzo is tender, stir in the leek/pepper mixture and the sun-dried tomatoes. Cook to heat through. Remove from the heat and stir in the butter. Season to taste with salt and pepper.

I am submitting this to Presto Pasta Nights which is being hosted this week by Mrs Ergul of Mrs Ergul Passion For Life.

79 Responses to Orzotto with Leeks and Sun-Dried Tomatoes