Orzotto with Leeks and Sun-Dried Tomatoes Soft Polenta with Mascarpone 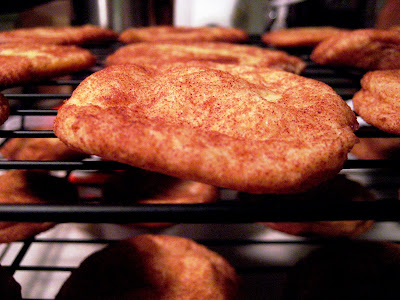 Did you know that in addition to being a noun, the word snickerdoodle is also a verb?

(According to Urban Dictionary.com. My source of choice for all of my lexicon needs.) 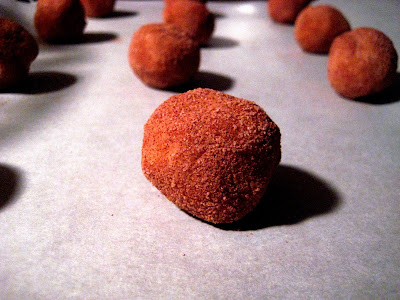 NO that is NOT what it means. Seriously people. Minds. Out. Of. The. Gutter.

To snickerdoodle is to slowly rotate your hips forward while standing upright (think pelvic thrust, but not sexual). It’s a relaxing rocking motion that is triggered (according to scientists) by consumption of a tasty food (i.e. a snickerdoodle – this is etiology in the making). Apparently most tasty foods are “bad” for you (what is“bad”? Seems deep. Too deep for 6:40 AM cookie talk) and this rocking motion somehow aids in digestion. Since we havent gotten to the GI system yet in physiology I can neither confirm nor deny the veracity of that statement. If you have any questions about how this affects your mean arterial pressure or cardiac output. I might be able to give you some insight. 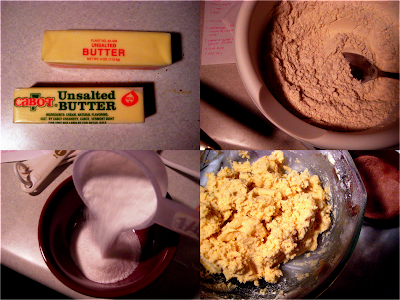 Much more pertinently, though.

Snickerdoodle. Is also the name of one of America’s oldest superheroes. Also called “the powerful pee-wee” (a force to be reckoned with, I’m sure), he arose on the folklore scene in the early 1900s.

His secret weapon? Was it his ability to see in the dark? Leap tall buildings in a single bound? Move at the speed of light?

No. (Although if anyone would like to endow me with any of these abilities. I wouldn’t say no.)

It was his sense of humor.

This, apparently, got him safely through World War I, World War II, and the space age. Talk about the power of laughter. 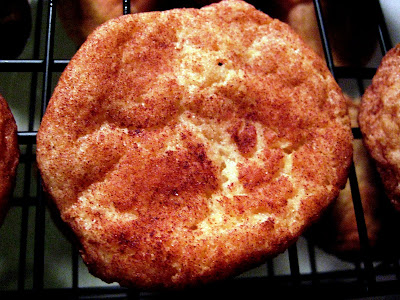 To be honest, though. I just didn’t see it.

Until I found out about the Peanutmobile. Um yes. That is correct. He drives around in a peanut car (that can also, with the push of a magic button, be transformed into a peanut plane, helicopter or submarine). And anyone who can harness the power of the world’s (my) favorite legume is A-OK in my book.

I mean. Batman and Superman are great. But Snickerdoodle? He is a superhero you can put stock in. 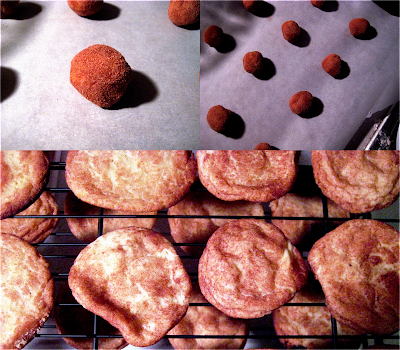 But how does all this relate to Snickerdoodle the cookie? Well, much like Snickerdoodle the superhero, this cookie seems like it’s going to be completely boring and not worth your time. A sugar cookie. Covered in cinnamon. And more sugar. What could be more ordinary?

But one should never. Underestimate. The power of cinnamon. And sugar.

This cookie is buttery. Heavenly. And practically melts in your mouth. A definite case of the whole being far greater than the sum of its parts.

All it needs is a peanut car. And I’m pretty sure it would be right up there with Snickerdoodle-the-superhero and those fighter pilots. Saving the world. One bite at a time. 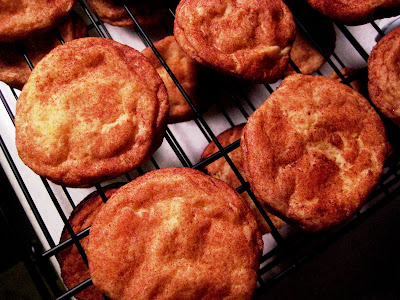 1. Preheat the oven to 400°, with one rack in top third and one rack in bottom third of oven. Line baking sheets with silicone baking mats or parchment paper; set aside.

2. Sift together flour, cream of tartar, baking soda, and salt; set aside. In the bowl of an electric mixer fitted with a paddle attachment, combine butter and 1 1/2 cups sugar. Beat on medium speed until light and fluffy, about 2 minutes. Scrape down sides of bowl. Add eggs, and beat to combine. Add dry ingredients, and beat to combine. Chill the dough for an hour before scooping it.

3. Once dough has chilled, in a small bowl, combine remaining 1/4 cup sugar and the ground cinnamon. Use a small ice-cream scoop (NOTE – I don’t own an ice cream scoop. Who needs such a thing when you have a spoon? So I just used rounded tbsps.) to form balls of the dough, and roll in cinnamon sugar. Place about two inches apart on the prepared baking sheets. Bake until the cookies are set in center and begin to crack (they will not brown), about 10 minutes, rotating the baking sheets after five minutes. Transfer the sheets to a wire rack to cool about five minutes before transferring the cookies to the rack.

I am submitting these to Weekend Herb Blogging (umm….cinnamon?) which is being hosted this week by Cinzia of Cindystar. 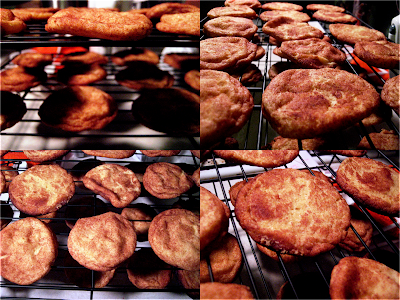 Also! An announcement. I am taking part in an event called Stir It 28 this Sunday. Basically, I will be cooking along with some fellow New York food bloggers, as well as those from Chicago, LA, and Atlanta as part of a nationwide effort to raise money for Haiti relief. There will be some excellent food, some excellent door prizes, and it will be an excellent way to donate to those in need, while spending time with excellent people of course! See Chou’s site for more info on how you can get involved, either by helping, cooking, or just showing up and eating!