Pumpkin crepes are topped with cinnamon and pumpkin beer-stewed apples and a milk chocolate drizzle! 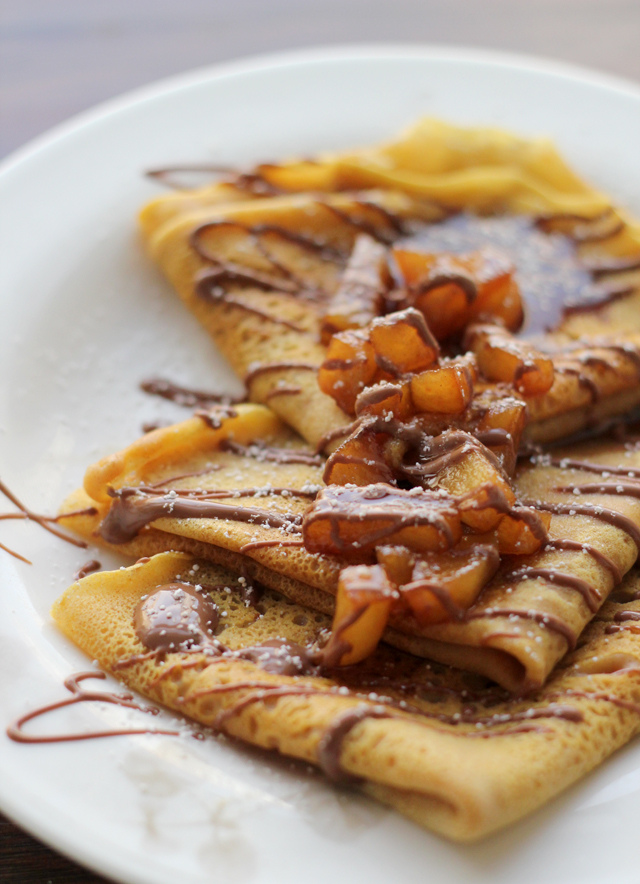 When you decide to take on, oh, only your biggest cooking fear of all time.

Breaking open a beer at 11AM. Required.

In my defense, it was 5PM in Paris. The land of crepes. (And wine. And cheese. And croissants. And ALL THE DELICIOUSNESS. Where no one ever gets fat.) So there. 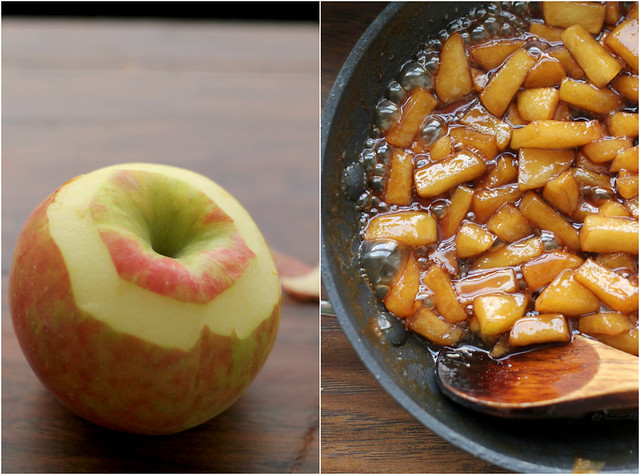 After my failed crepe cake disaster of August 2012 that left me covered in batter with crepe shreds all over my kitchen, it was really a miracle I didn’t break out the tequila in preparation for this. 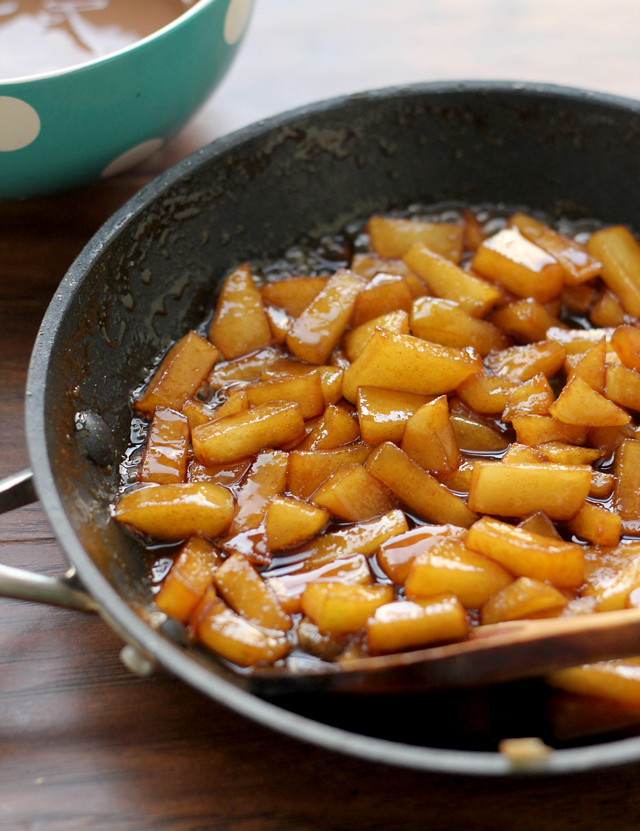 So what was my secret for going from the Jackson Pollack version of these thin pancakes to a perfectly coiffed plate of pumpkin deliciousness?

I took a little poll on facebook as to what everyone else’s secret is. A lot of people mentioned really nonstick nonstick skillets, uber expensive Le Creuset crepe pans (I wish), or….a super INexpensive electric crepe maker. Done and done. 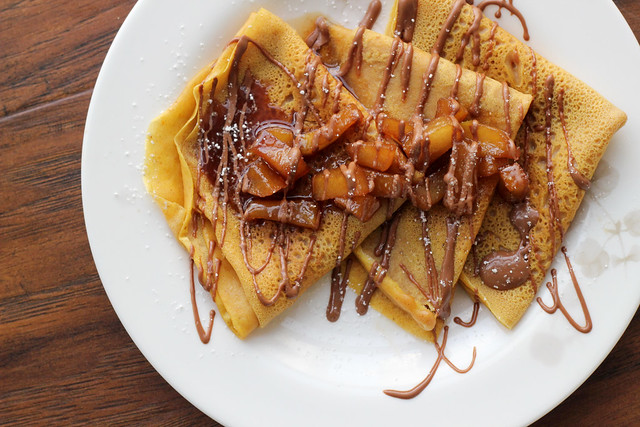 So…moral of the story is that, though I still have absolutely zero crepe skillz. I know how to dip a hot pan in batter, click my heels together three times, and take all the crepe credit. 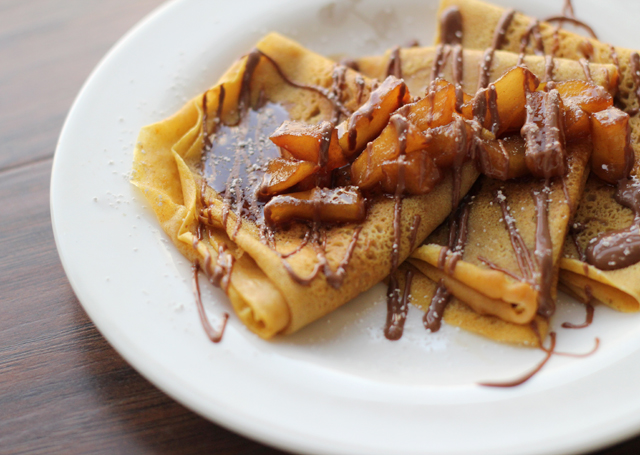 And trust me. You’ll want to take credit for these.

I think the.boy’s exact words were that they gave him chills. (The good kind.)

And I don’t blame him. Deliciously pumpkin spiced crepes covered in apples that were stewed and caramelized in brown sugar, cinnamon and pumpkin ale. And then drizzled in Divine Milk Chocolate.

Now, I might never have successfully made crepes before…but I’m pretty sure it doesn’t get any better than that.

Disclosure: While I received free products to sample and use in these recipes, I was not compensated for this post and all thoughts and opinions are my own! 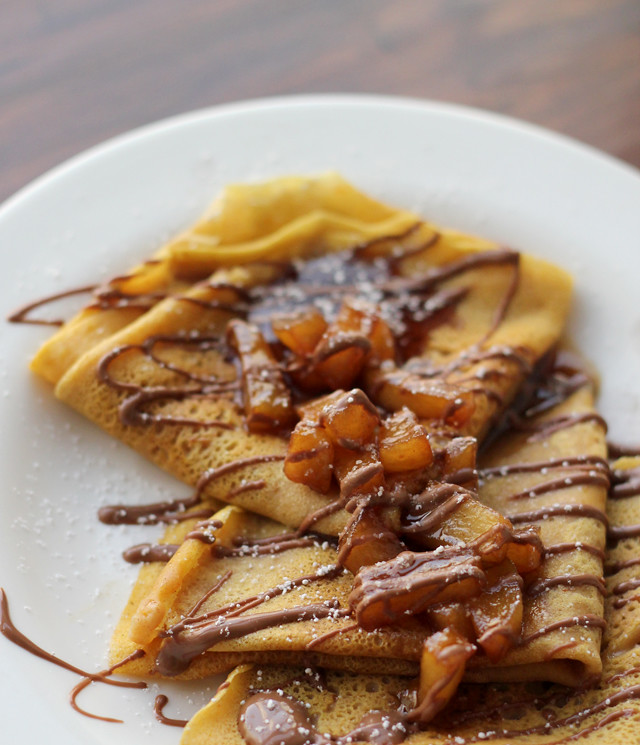 Pumpkin Crepes with Beer and Cinnamon Apples and a Chocolate Drizzle

Print
Pumpkin crepes are topped with cinnamon and pumpkin beer-stewed apples and a milk chocolate drizzle!
Yield: 18 crepes
Ingredients
For the pumpkin crepes:
For the filling:
Instructions
Notes
Crepe recipe adapted from Take A Megabite. Filling is an Eats Well With Others Original Recipe.
Nutrition Information
Serving size: 3 crepes
3.5.3208 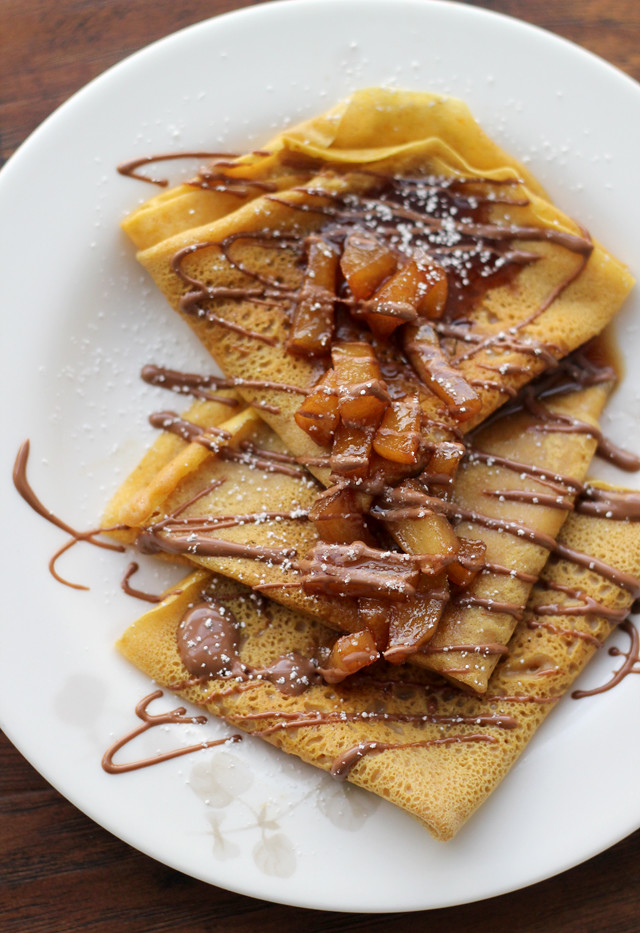