You guys, I have a total outdoor baby on my hands.

She will go from totally inconsolable to utterly transfixed the second we leave the apartment.

I swear, it’s magic. But also kind of terrible because it has been humid TO THE MAX and I don’t love the idea of keeping her out in this weather for hours and hours.

I’m hoping we get a little bit of a breather next week so that the nanny (yes! we found one!) can take her out, but also because all of this week’s meal plan recipes require you to turn on your stove or oven….total buzzkill, I know, but they’re totally worth it AND they are totally fast so you won’t have to heat up your kitchen for that long.

Prep Ahead Tip: Quinoa can be prepared in advance. You can also make these veggie burgers ahead of time and refrigerate until ready to cook.

Vegan/Gluten-free Substitutions: Recipe is already vegan. To make gluten free you can use gluten free bread crumbs and hambuger buns. 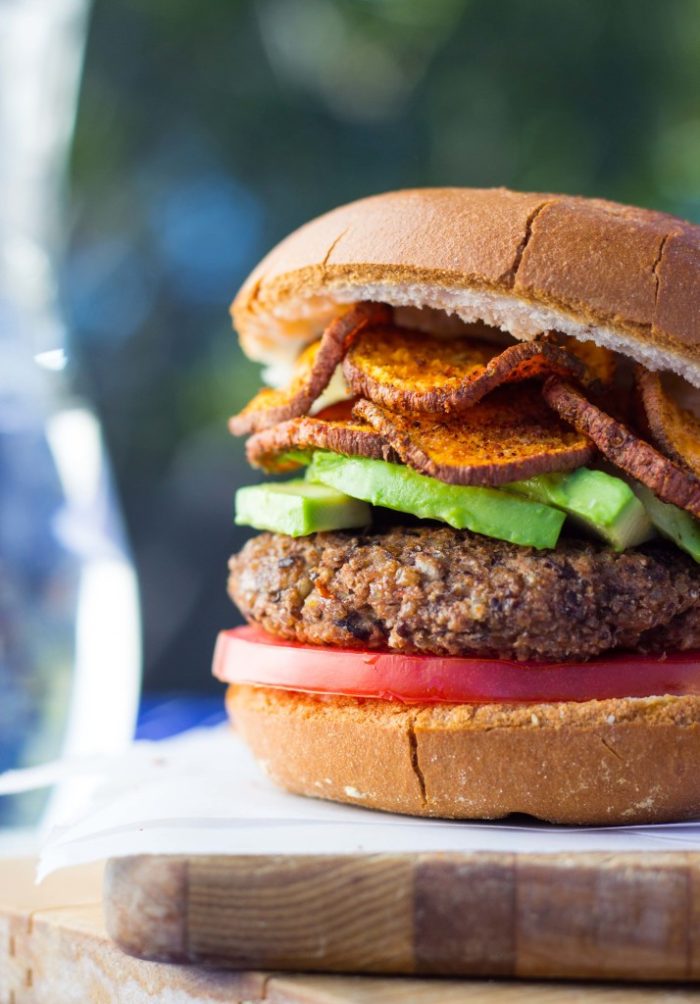 Caprese Frittata with Arugula from The Roasted Root.

Prep Ahead Tip: There’s no need to prepare any part of this recipe in advance, as it comes together quickly. You can beat the eggs and half & half and slice the tomatoes and mozarella while the garlic and arugula are sauteeing in order to decrease prep time.

Vegan/Gluten-free Substitutions: This recipe is gluten-free and can be made dairy-free by using dairy-free cheese of choice and non-dairy milk to replace the mozarella and half & half. For a vegan option you can try this Chickpea Frittata instead. 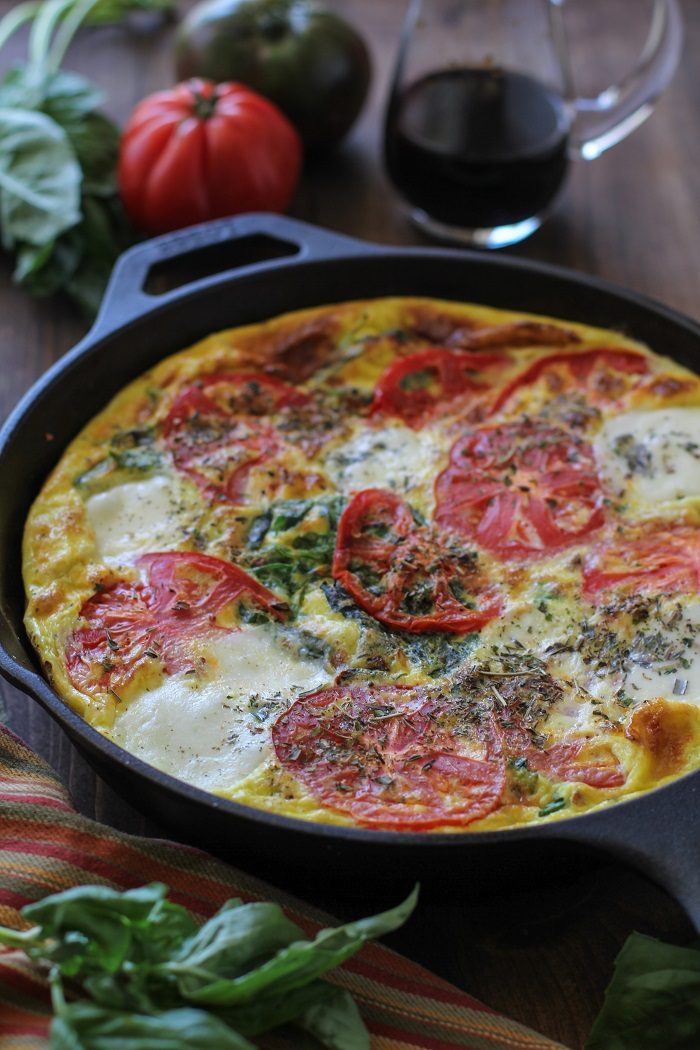 One Pot Zucchini Pasta from Making Thyme for Health

Prep Ahead Tip: This recipe comes together very quick so there’s not much need for prep. But you can spiralize the zucchini noodles in advance to save time.

Vegan/Gluten-free Substitutions: Omit parmesan if vegan. Serve with a side salad with nuts and seeds or whole grain bread for protein. 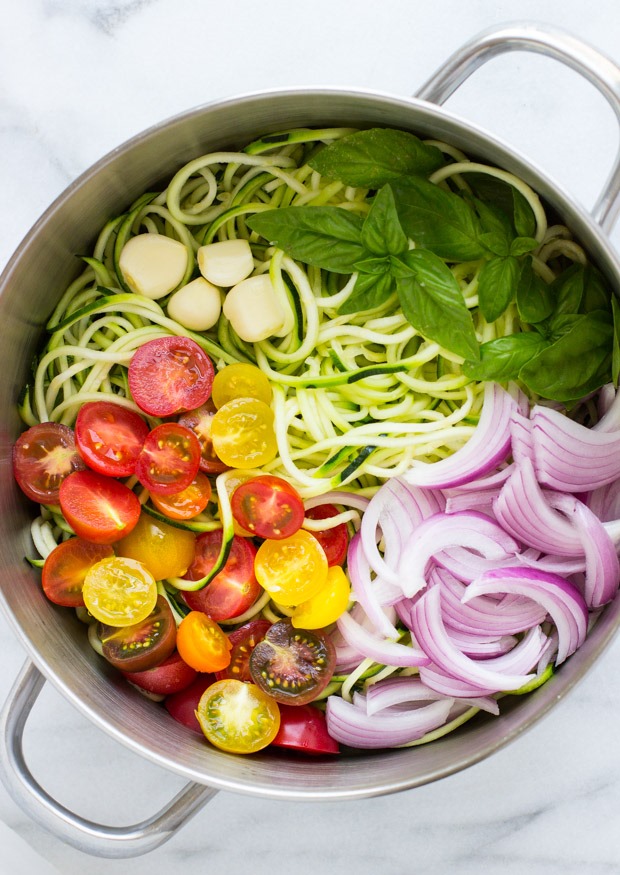 Prep Ahead Tip: Use pre-chopped kale and pre-cooked lentils (I like Trader Joe’s) for super easy prep! 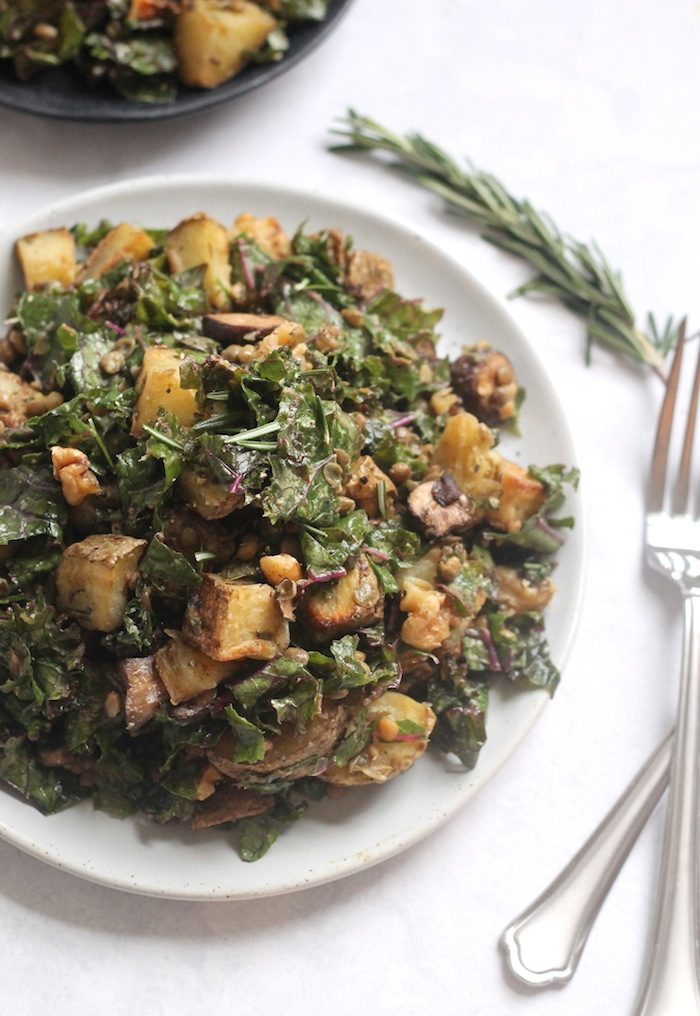 Chickpea Fajitas from Eats Well With Others

Prep Ahead Tip: Toss all of the ingredients (except for the tortillas) together in a Ziploc bag the night before to let them marinate.

Vegan/Gluten-free Substitutions: This recipe is already vegan! Use corn tortillas and tamari instead of soy sauce to make it gluten free. 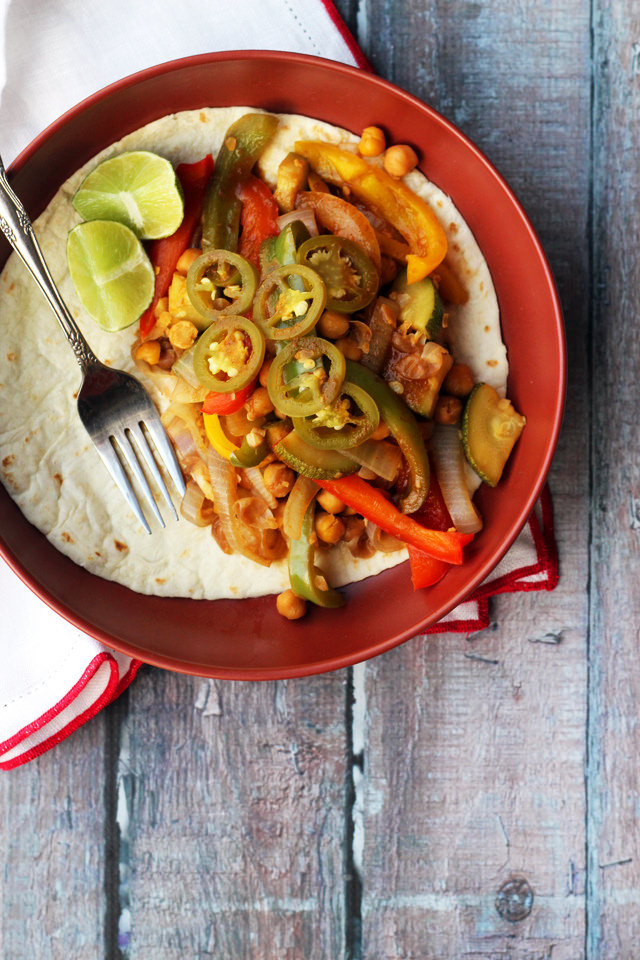 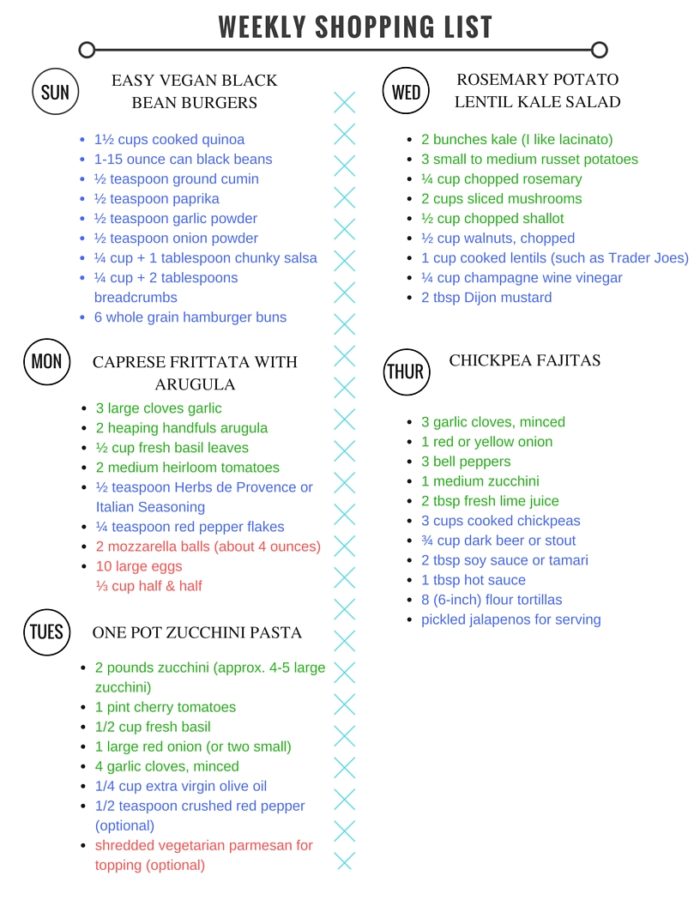