Shakshouka goes green in this brunch favorite that is made with a tomatillo-based sauce and summer veggies.

On the (ever growing) list of things that surprised me the most about being pregnant and (now) breastfeeding is that no one has ever, NOT ONCE, asked me about my diet.

No one knew that I’m a vegetarian.

No one lectured me on getting enough protein.

No one worried about my iron levels (which are, shockingly, totally fine).

No one (except for my mother – surprise surprise) tried to convince me that being pregnant and not eating a single hamburger was sacrilegious.

And you know what? 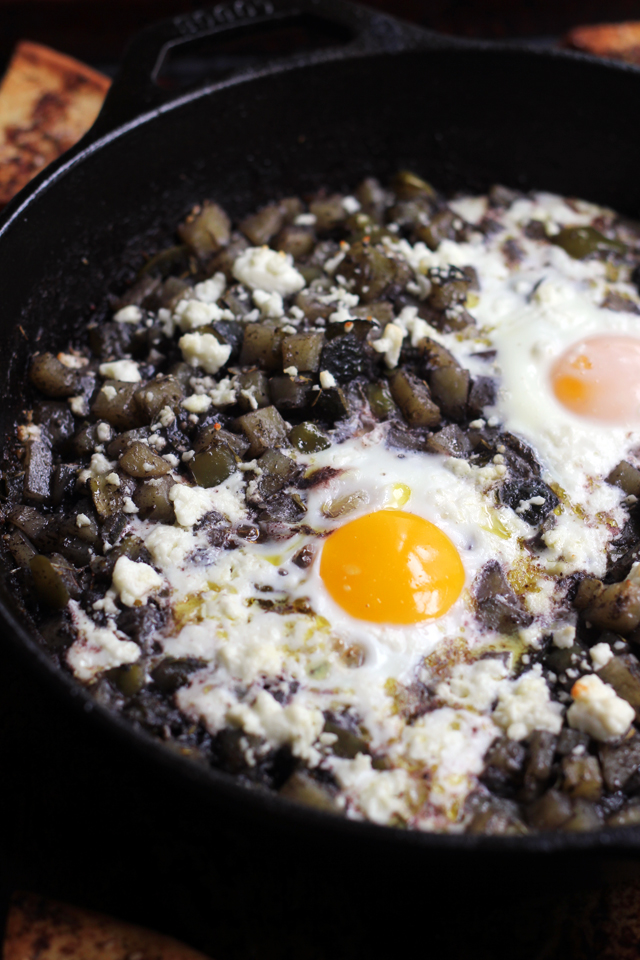 I attribute this to the fact that I ate Greek yogurt parfaits with ice scoop amounts of peanut butter for breakfast every day. 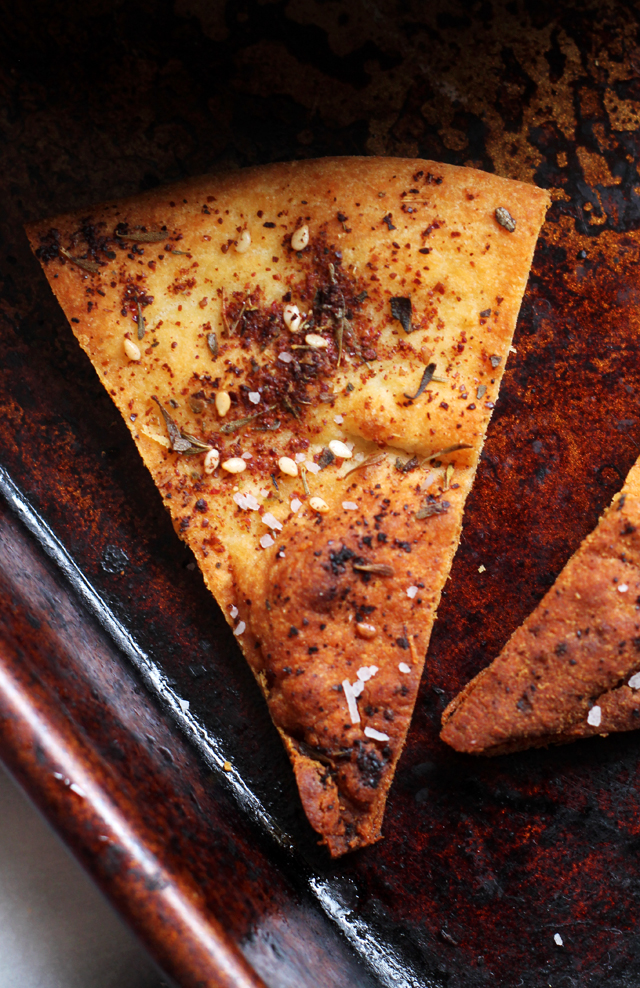 Quickly after having Remy (like, 1 week out), I joined a group for new moms and one of the questions that came up in one of our meetings was what (quick! easy!) high protein foods everyone was eating.

I was like, uh just saute up whatever’s in the fridge and throw an egg on it. DUHH.

Fact: It’s twelve weeks later and I still live and die by that statement. 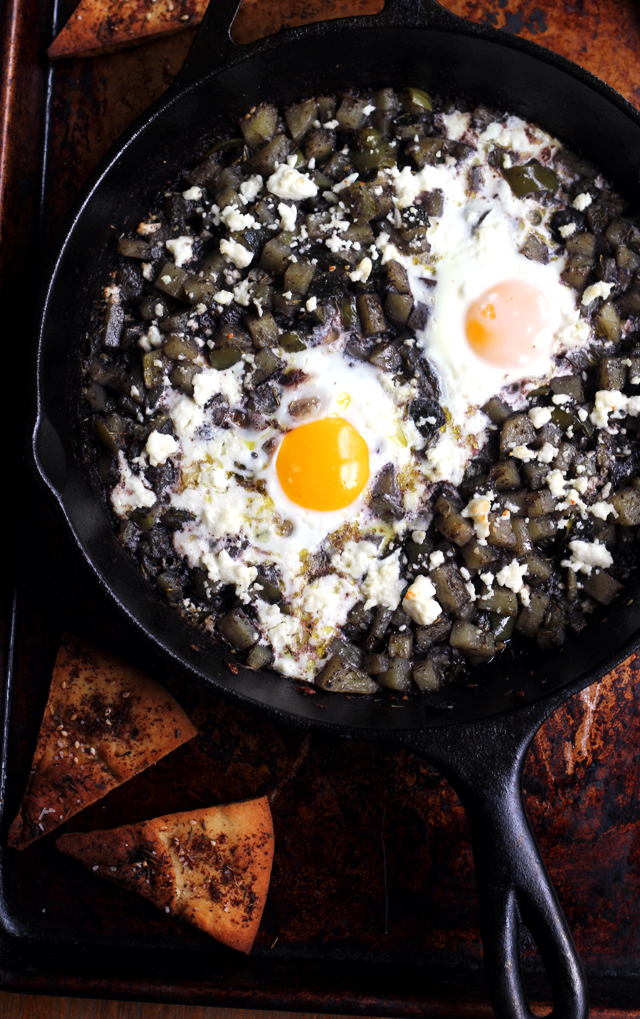 Of course, sometimes it does help to mix things up flavor-wise, which is why this green shakshouka is just SO MUCH FUN. Shakshouka is normally a mix of tomatoes and potatoes simmered together with Middle Eastern seasonings with an egg baked on top in the last few minutes of cooking. This version is tomatillo-based making it the perfect mix of sweet and tangy, with potatoes and zucchini thrown in to soak up all that flavor. It is seasoned with za’atar, one of my favorite Middle Eastern spice blends and served with homemade pita chips that also have za’atar baked into them.