A deliciously creamy spring chowder filled with asparagus, peas, and of course – potatoes!

I know you’re out there – the diehards who could slurp on a bowl all spring and summer long, no matter the A/C situation.

But also even the lukewarmers who kind of like soup but are maybe more fair weather friends.

And EVEN the soup haters – I think you’re gonna like what I have to show you. 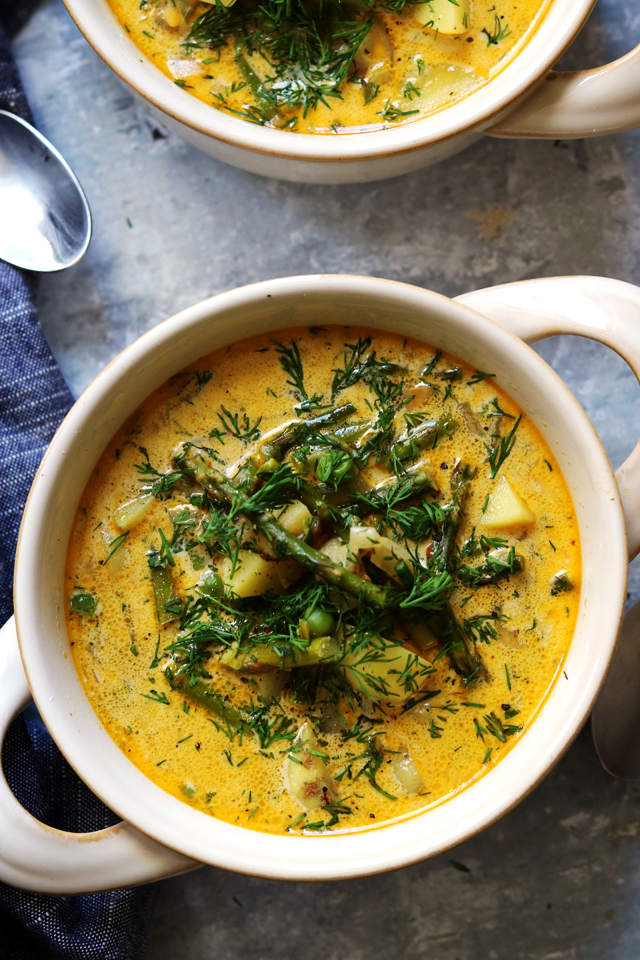 This is a SPRING CHOWDER.

It’s thick and hearty and creamy like a warm hug. But it’s also filled with lots of green and fresh herby flavor. So….SPRING. 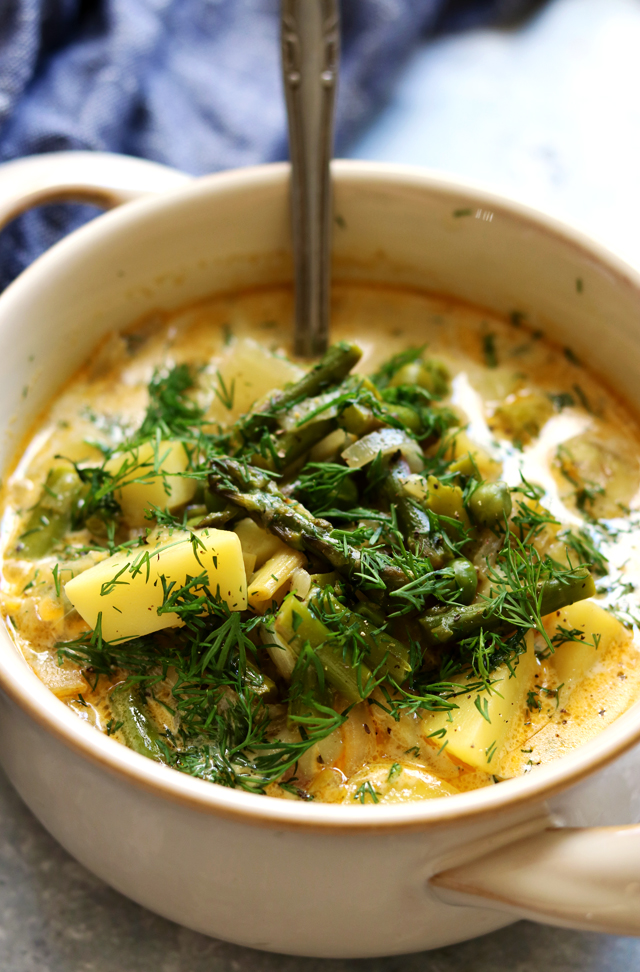 So much of the flavor in this soup comes from a base of lightly caramelized alliums. You’ve got the whole gang here – leeks, onions, shallots, AND garlic. They get cooked for twenty minutes, which is just enough to give them a nice sweet/savory flavor but not fully caramelize them.

Simmer them with your favorite broth along with potato chunks, asparagus spears, and peas. Then top the whole thing off with a glug of cream and sprinkle of dill.

It’s so fresh and delicious but also incredibly comforting.

Make a big pot on the weekend and eat it all week long – that’s an order! 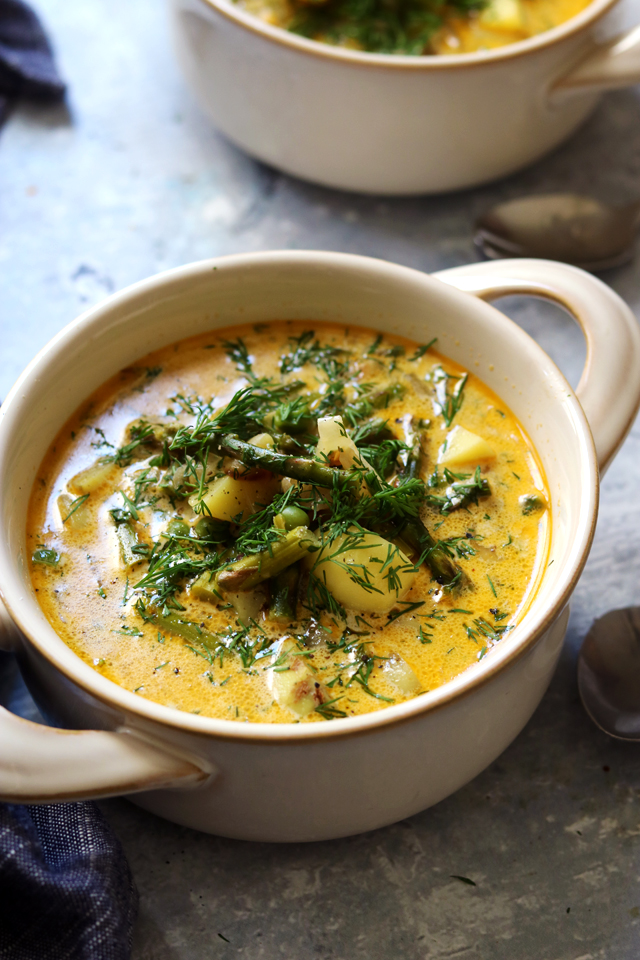