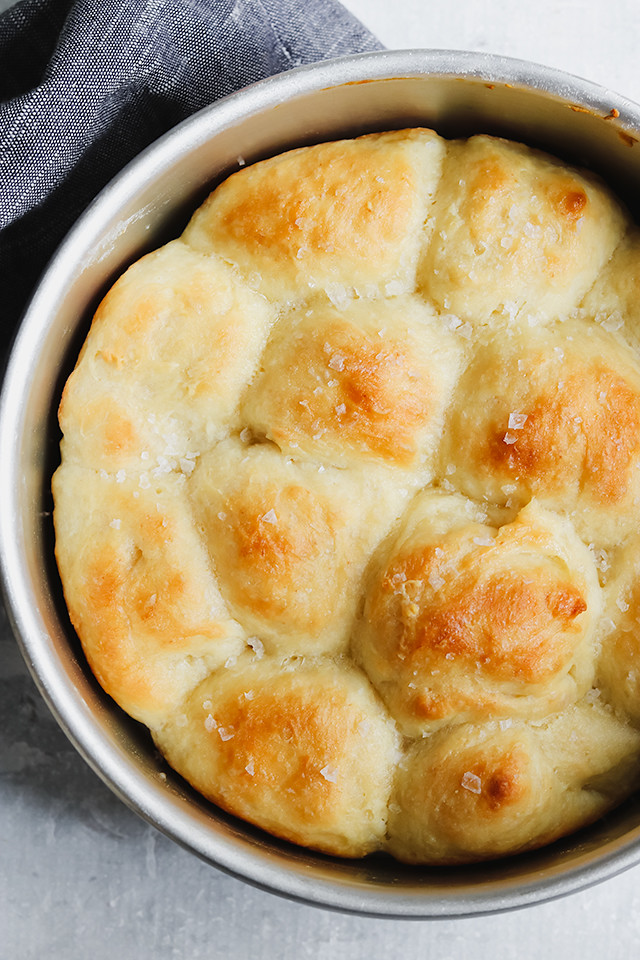 Last week I was having a major royal freak-out over the fact that all of my go-to grocery delivery services were out of pantry staples (bread, pasta, CHOCOLATE!!!!).

Until I came to this stark realization: I CAN MAKE THEM MYSELF.

(Well, not the chocolate but two out of three ain’t bad.)

So that’s my plan should things really get bad around here – run a make-shift bakery out of my home. I know you’re all relieved that I’m putting my medical degree to good use. 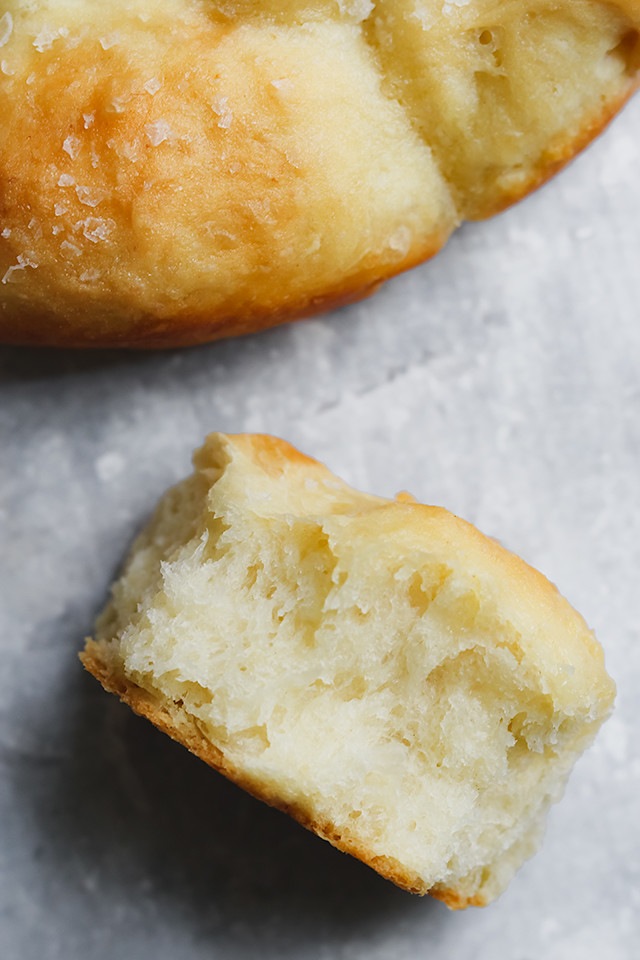 All joking aside, it is really reassuring to know that I can bake-from-scratch a whole lot of things should they become scarce or if we become restricted to our homes.

Sure, we ate this entire batch of rolls in less than 48 hours but I suspect we could survive on them for longer if we really needed to. 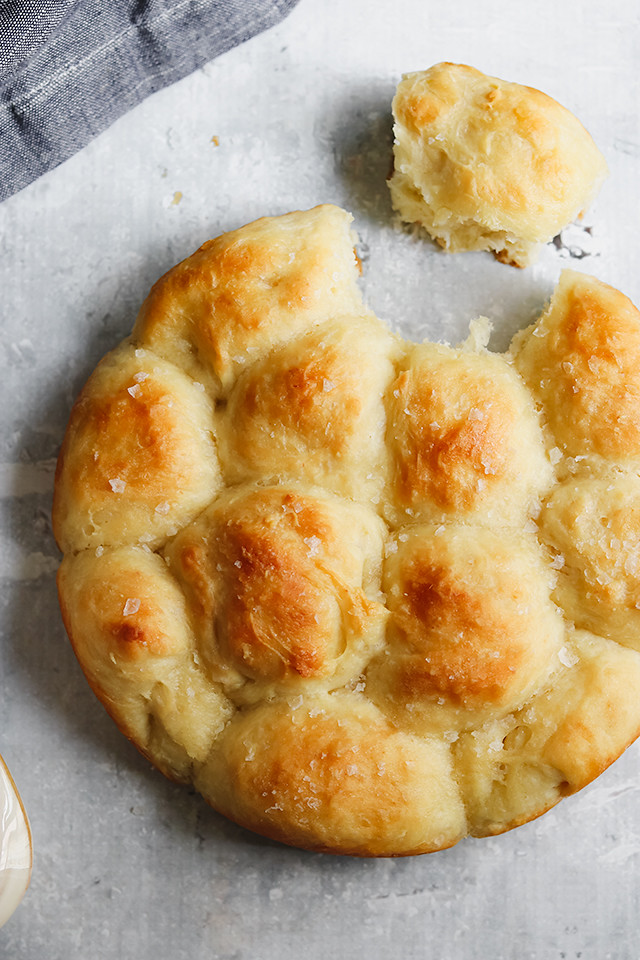 And SO COULD YOU because these are easy enough for even the most amateur bread baker to conquer.

All you need is a mixing bowl, two forks, and a pretty basic list of ingredients.

Pretty minimal effort for the fluffiest, dreamiest rolls you could ever imagine. They go perfectly with soup, stews, curries, or as a snack to nibble on just because. 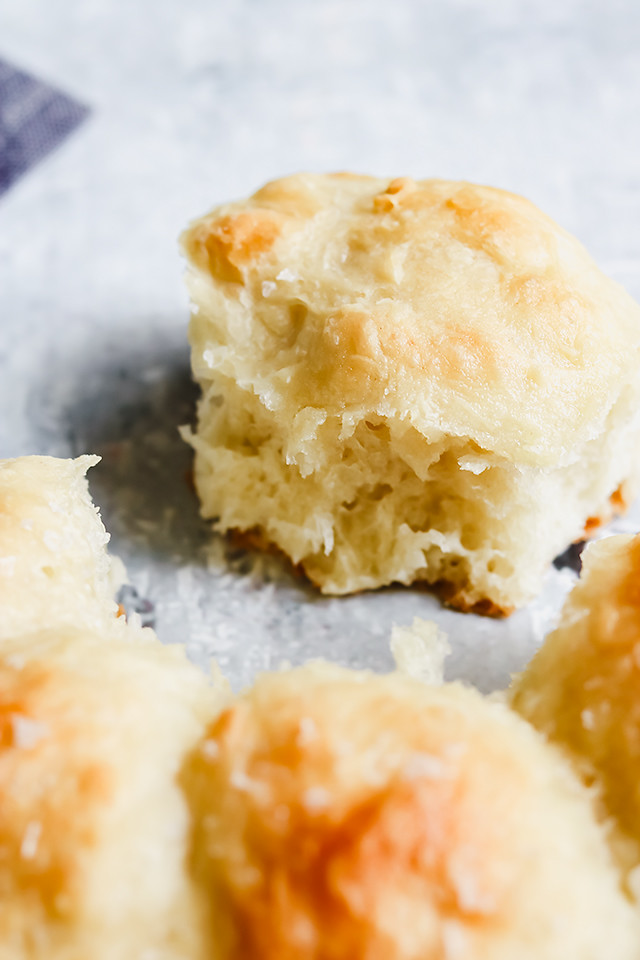 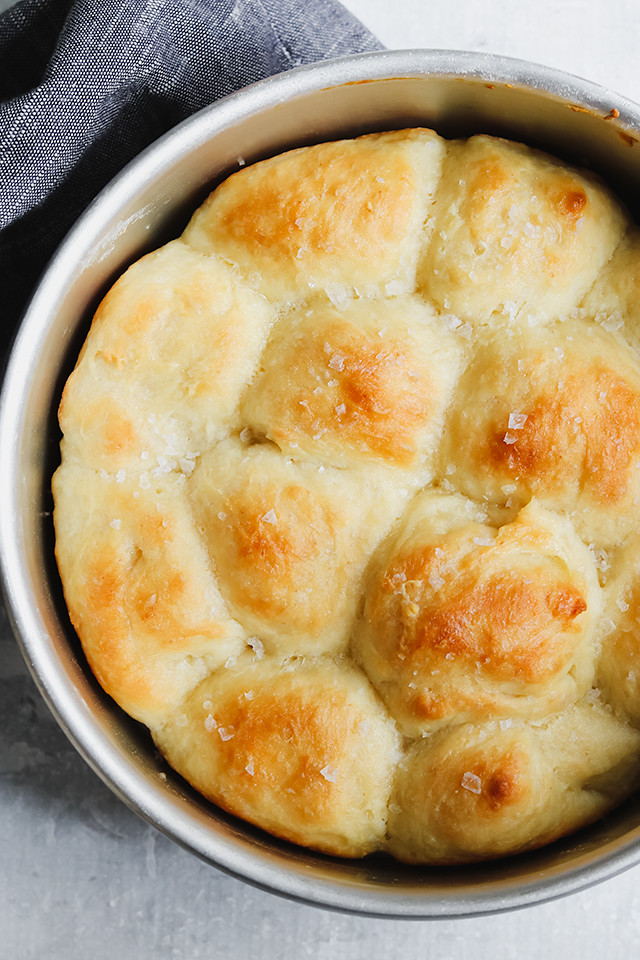