The thing about compiling squash recipes for the zucchini-pocalypse that comes around every summer is that you really can never have too many in your corner.

Squash is just so versatile! And cheap.

It’s impossible not to buy pounds of it at a time. Just try. I dare you. 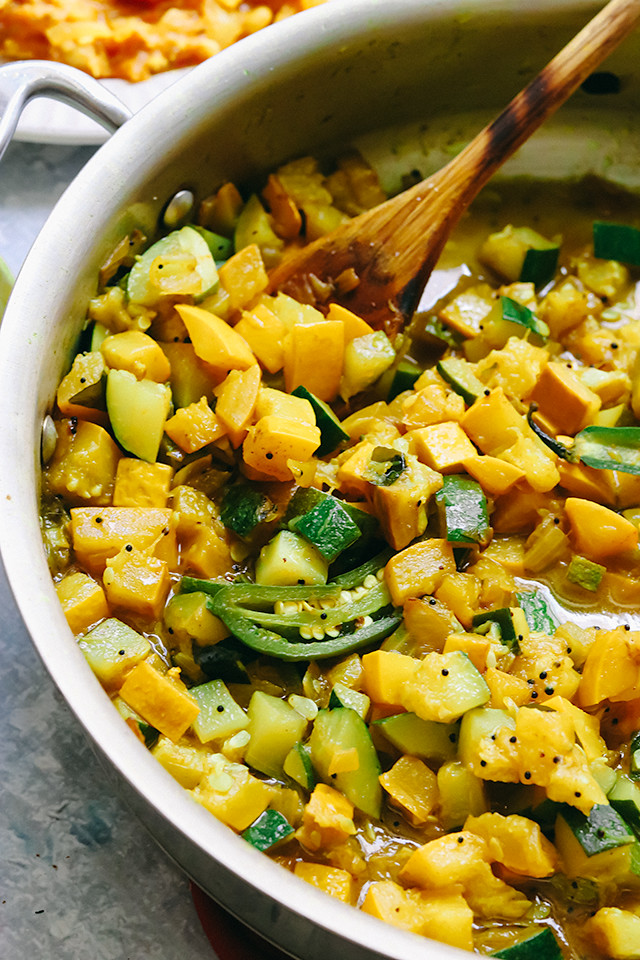 I swear, as soon as I find a recipe that I think is The One, at least five more pop into my life that I *need* to try.

Bonus points if they’re mind-blowingly simple and also different enough from the other fifty I’ve already tried that season so that my husband doesn’t say “We’re eating that AGAIN?!”

This squash recipe is from a newer acquisition – the book Indian-ish – that is filled with Indian-American fusion recipes. It’s based on a dish the author’s mother makes to use up both summer and winter squash. The recipe calls for both types of squash but I just used a mix of summer squash and zucchini to keep it more seasonal. It gets a whole lot of flavor from a mix of mustard seeds, curry leaves, turmeric, and coriander, and heat from serrano peppers that are simmered along with the squash. The whole dish takes about twenty minutes from start to finish and it is the perfect side to just about any Indian main meal. I served it with chole (a  traditional Indian chickpea and tomato stew), also from the same cookbook and while that was good, it was the veggies that really stole the show. 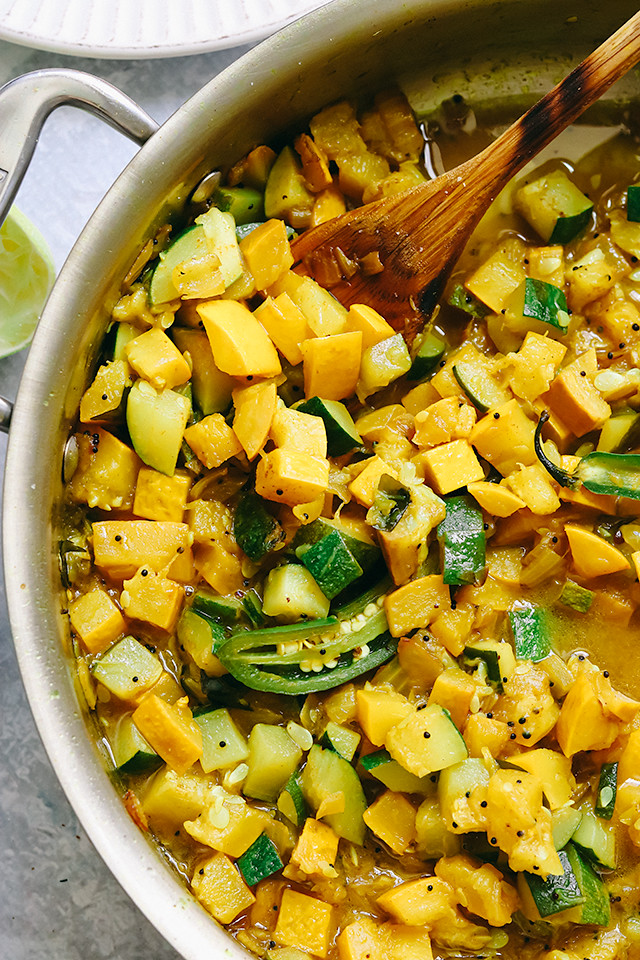 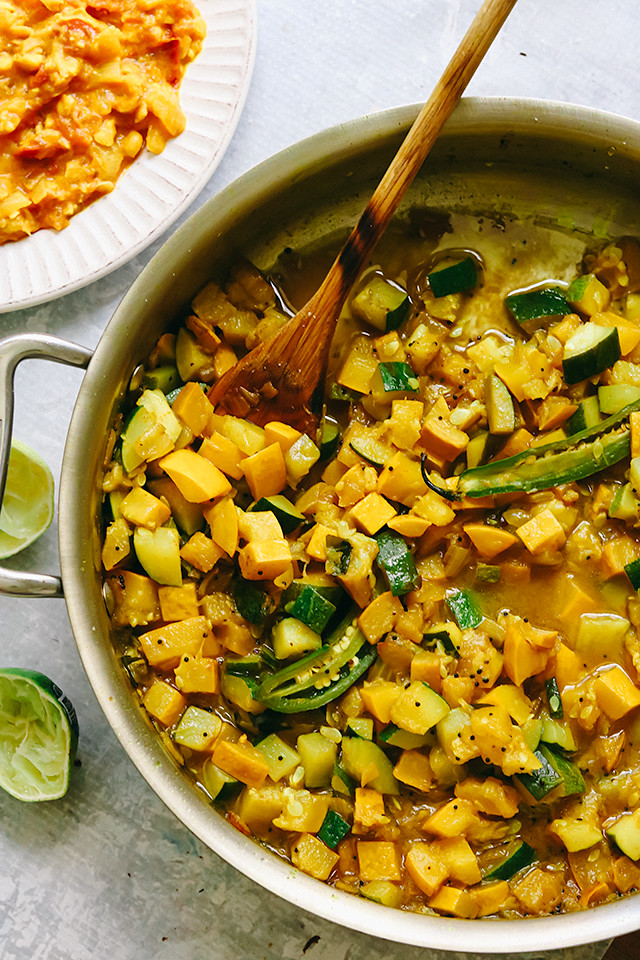