Fig and Ricotta Pizza with a Maple-Balsamic Reduction Cannellini Beans with Fresh Basil, Tomatoes, Capers and Zucchini over Polenta 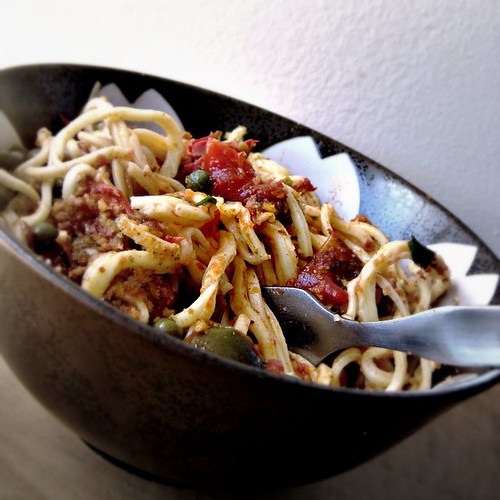 It will be nine years tomorrow since the day that shall not be named. 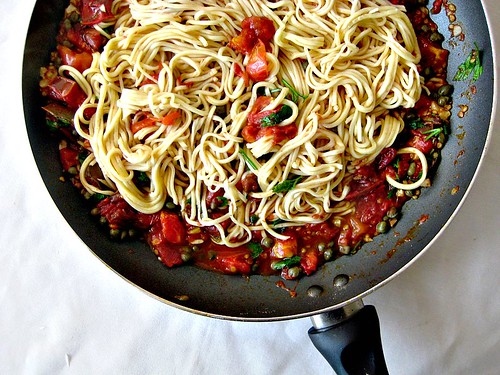 It feels longest to me when I think back and realize how different I was on that fateful morning in September, when I headed off to school, just barely a freshman in high school.  Naive, carefree, and a bit reckless.

But watching two towers fall, not on a tv screen or in a newspaper, but out the window.  Firsthand.  As it’s happening. Changes a person.

My high school was three blocks away.

We knew by the end of first period that something was wrong.  But no one would tell us what or how much.  A plane had hit a tower, they told us over the loudspeaker.  Probably an accident.  Probably just a lost pilot.  No worries.  Please stand by.

After the second plane (although, at the time, they didn’t tell us there was a second plane.  I’m extrapolating.), we were instructed to leave class and go to homeroom, where we were to stay until awaiting further instruction.  We were not to leave the room under any circumstances, unless we were told to do so, in which case we would exit in an orderly fashion, led by our homeroom teacher.

Then, after we watched, out the window, as the buildings seemed to crack all at once.  And then fall.  Fall.  Fall.

Our homeroom teacher told us to run.  Run for our lives.

And so we did.

Out we went, down the stairs.  I was sure I was going to die that day.  In that stairwell.  Packed to the brim with people, mostly strangers at the time, but people who would end up being my best friends, my life support, through the four years we were going to spend together, 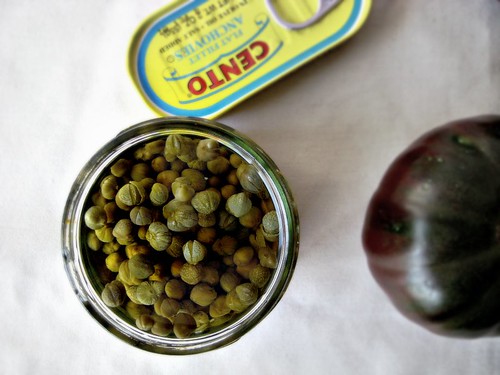 Down we went.  Out the door.  Into the warm, hot, September air that was laced with ash.  Ash that stayed on my fingers and in my hair for days afterward.  Ash that sometimes I can still smell today if I think hard enough, though I try not to.

We walked as fast as we could through the streets of Manhattan.  Not having a destination.  Not even knowing where we were going.  I was a sheltered girl from Queens who had never really traversed the city on my own before then.  I didn’t understand the layout or the grid or where I fit into it all.  All I knew is that I was on the West Side Highway and that I should walk uptown.  Away from the smoke.  Away.  That’s all I wanted. 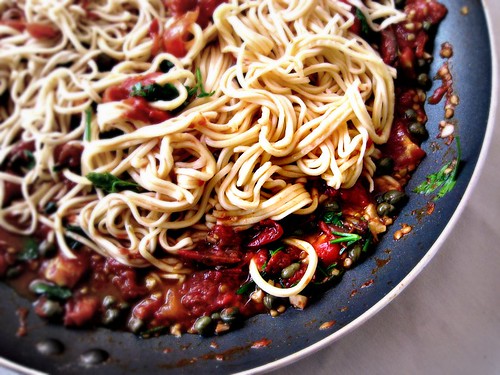 Somewhere around 34th Street or 42nd, I can’t remember which anymore, in a moment of clarity, my cell phone caught a shimmer of service and managed to pull itself together long enough for me to call my mother, who had been waiting by the phone, both certain I was dead and certain I was alive, in the way that mothers tend to be in such circumstances.

She instructed me to go to the elementary school in which my aunt taught kindergarten, which was somewhere around twenty blocks away.  In light of how far we had already walked that morning and how much life we had seen.  That was nothing.

In the end, I got home that day in one piece. One piece, but forever changed.  I remember going to the movies the next day with my brother and cousins, hallucinating that I heard bombs falling around me everywhere.  Absolutely positive that that rinky dink theater in the middle of the suburbs was going to be the sight of the next attack.  And that feeling.  That feeling of constant unease was one that stayed with me for years afterwards.  Even now, I become slightly tachycardic when the subway stops for an extended time in between stations.  I hate flying on airplanes, although I do it, semi-frequently.  And I have nightmares of future attacks at least once a month.  Like I said.  Forever changed.

My point, though, is not really to tell you this story, but to remember how, as a country, we all came together afterward.  Rallied.  Forged a community.  A community so giving and so strong and one that I haven’t seen or experienced since.  Until this one.

We, as a blogging community, don’t need some kind of catastrophic event to prod us into lending each other support and strength.  We do it every day, without pretense.  Without thinking twice.  And for that.  To have that in my life.  I am thankful.

And so, as a token of my gratitude, I give you this pasta.  Because that is what we do, where I come from.  We hand out food to those we love the most.  You’re too thin, anyway.  Come in.  Sit down.  Have a bite. 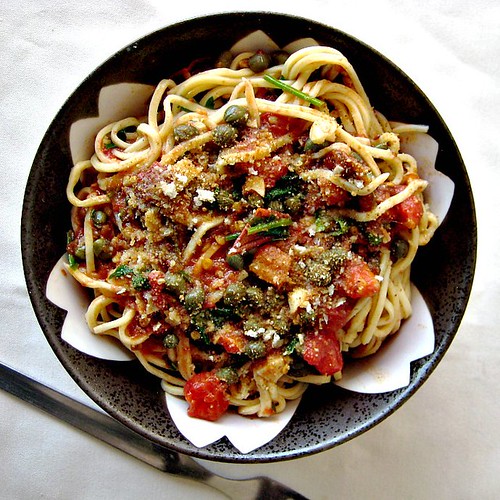 NOTE – I didn’t use the pasta recipe provided in Live To Cook because it calls for nine egg yolks.  I don’t know if you know this but eggs don’t grow on trees.  Neither does money, as it turns out.  My recipe only calls for two eggs.  ‘Nuff said.  I also halved the amount of pasta but kept the amount of sauce the same because there is no such thing as too much heirloom tomato sauce.  There is also no such thing as too many capers.  So I tripled them.  I’m going to provide the recipe as I made it and not as the book instructs.

1. In a stand mixer, combine the flour, eggs, and water.  Once the dough comes together, cover it with saran wrap and let it sit in the fridge for 20 minutes.

2. Get your pasta maker ready.  After the 20 minutes has passed, take the dough out of the fridge and knead it for a few minutes.  Split it into two equal hunks.  Start feeding it through the pasta maker, going from the thickest to the thinnest setting.  When it’s at its thinnest (or to your desired thickness), run it through the spaghetti cutter attachment.  Either freeze or cook in a pot of boiling water for 2 minutes, then strain.

1. Toast the bread crumbs in a dry skillet over medium heat, tossing as needed, until lightly browned, about 3 or 4 minutes.  Remove from the heat.

2. Heat the olive oil in a saute pan over medium heat.  When the oil is hot, add the garlic and sweat it for 2 minutes.  Add the red pepper flakes and cook for another 30 seconds.

3. Add the tomato, anchovies, and capers to the saute pan.  Bring to a simmer and cook for 2 minutes or until the tomatoes have released their juices and the anchovies have melted into teh sauce.  Remove the sauce from the heat and add the parsley.

I am submitting this to Presto Pasta Nights which is being hosted by Abby of Eat the Right Stuff and to Symon Sundays hosted at Veggie By Season!

Please remember to send me your submissions to Regional Recipes: JAPAN by the end of the month! 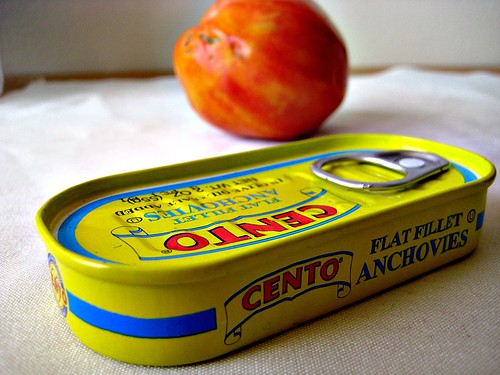