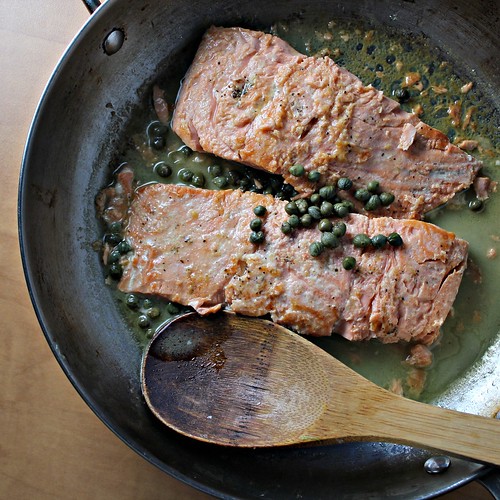 If you ever wanted to watch a room full of men curl up into fetal position simultaneously.  Then just show them a video of the male genitourinary exam.

There’s a lot of poking and prodding that goes on.  A lot of sticking your fingers into places that they really have no business being stuck into.

A lot of “You should use your pinky to do this because it’s the least painful”.

Anything with the words “least painful” that involves testicular handling elicits visceral responses from those who actually have testicles.  Some went screaming from the room.  Some averted their eyes and ears.  Some slept through the whole thing.  It was truly a mixed bag of reactions. 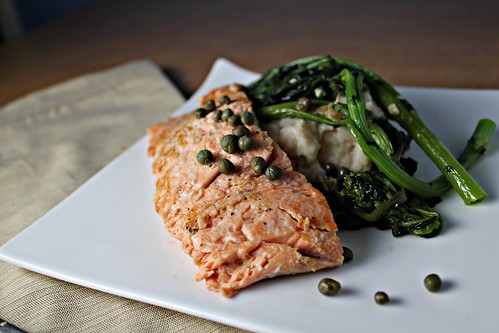 As for me?  Well, I was under the desk, curled up into a ball waiting for the whole ordeal to be over.  Not because I have testicles. (I don’t.)  Not even out of empathy for those who do have testicles (really, that’s the price you pay for being able to pee on the side of the road during a marathon while I am relegated to a Port-a-Potty.  Ugh.).

But because tomorrow, from the hours of 6:15 to 9:30.  I am going to have to actually perform a male genitourinary exam.

Lord, give me strength. 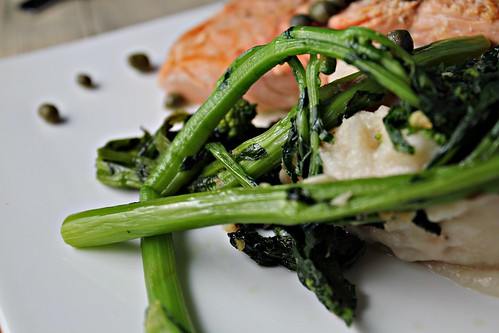 Thankfully, this is not the old days when you learned such exams by performing them on your classmates.  Because, you know.  That would be awkward.

In fact, the only peace of mind I have about this situation is that I will be performing the exam on someone who is getting paid to let me do it.  In fact, someone who has been trained to instruct me during the process.  (Thank god for standardized patients.)

Not only that, but given the fact that this person has chosen to have his testicles mishandled by unscrupulous med students.  Day in and day out.  I truly have doubts about the stability of his mental health.  I hear they get paid well, but still.  Can any amount of money really make up for the pain and trauma that these people almost certainly endure? (Doubtful.) 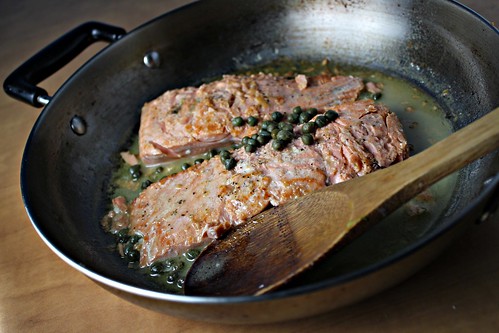 Given the fact that this is all going to be done a few hours after I’ve just taken an exam on the kidney, which a third of the class fails.  Ever year.  Since the 90s.  A bracket that I am fully expecting to fall into given my disdain for renal pathology.

I figured I need all the mental prowess I can get.  Hence, salmon!  Brain food!  Omega 3’s!  All that good stuff.

I actually ate this meal, or something similar to it, on a first date I went on a while ago.  Given that the guy never called me again,, this dish was the only positive thing I got out of that experience.  I’m always looking on the bright side, though.  And, really.  Mashed cannellini beans?  Salmon smothered in a lemon caper sauce?  Does it get any brighter? 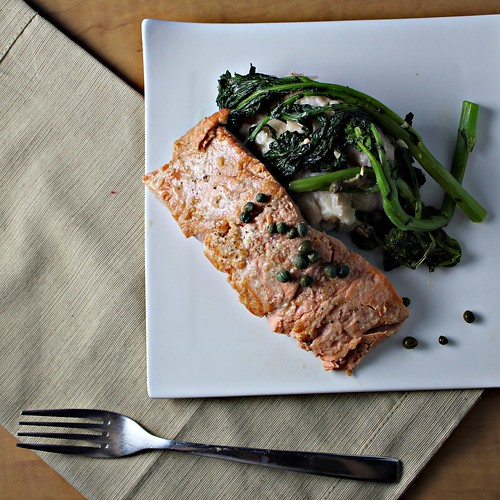 Salmon in a Lemon Caper Sauce over Mashed Cannellini Beans and Broccoli Rabe
Serves 2, an Eats Well With Others Original

1. Put cannellini beans in a large pot.  Cover with water, filling the pot until the water is about 1 inch above the cannellini beans.  Bring to a boil.  Cover and simmer for 1 hour or until beans are cooked through (the mushier the better!).  Drain beans and put into a large bowl.  Mash with 1/4 cup almond milk, 3 tbsp parmesan cheese, and salt and black pepper to taste.  Set aside.

2. In a pan large enough to hold both salmon fillets, spray with olive oil cooking spray and melt 1 tbsp butter over medium heat.  Sprinkle the salmon fillets with salt and pepper and sprinkle the tops with 1 tbsp parmesan cheese each.  Place cheese-side down in the now hot pan.  Allow to cook for 3-4 minutes, then flip and cook until just firm to the touch in the center, about another 3 minutes.  Set aside, covering with foil to keep warm.

3. Deglaze the pan with 1/4 cup broth, scraping to get up any browned bits that were left behind.  Add in lemon juice and capers and let simmer for 2-3 minutes.

5. On each plate, put a mound of mashed cannellinis, half of the broccoli rabe, one of the salmon fillets and top it all off with the sauce.

This is my submission to Weekend Herb Blogging, which is being hosted by Cinzia of Cindystar. 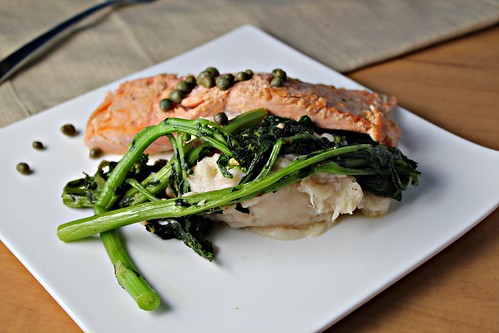