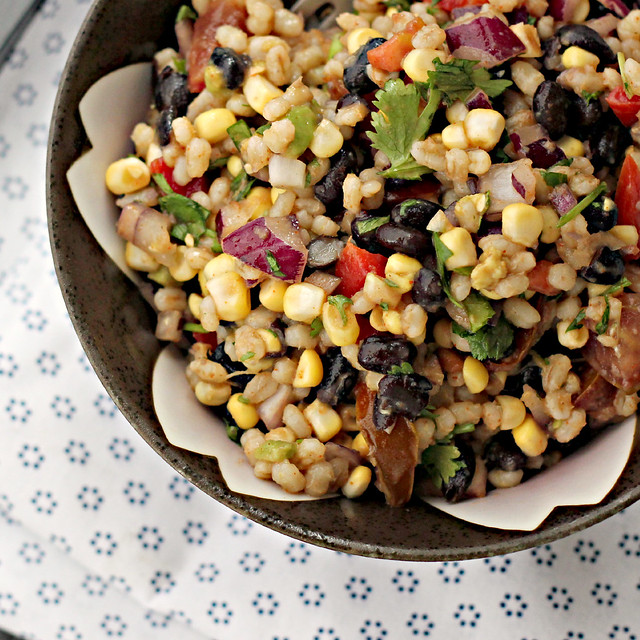 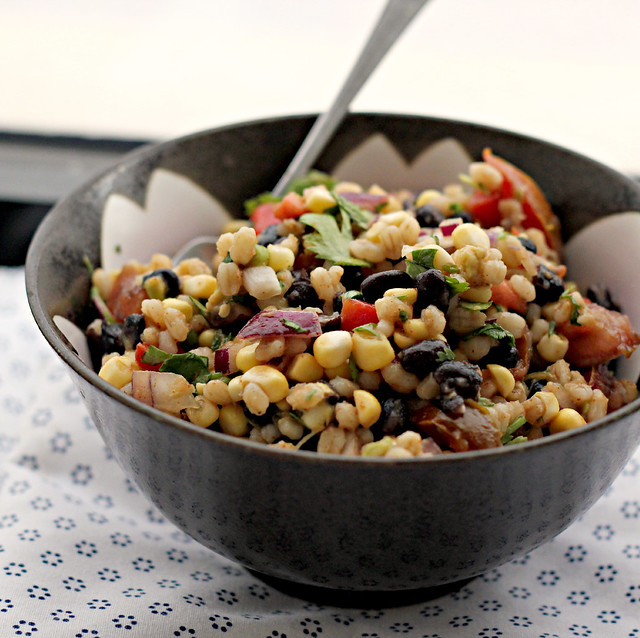 And then I went bathing suit shopping.

I think deep down, I was kind of hoping that the stars would align and all the water I lost from running in 80 degree weather for two hours would come straight from my abdominal area (specifically the love handle region).

But that’s kind of like wishing that chocolate chip cookies will go straight to your boobs instead of your thighs.

Somehow it just never quite happens that way… 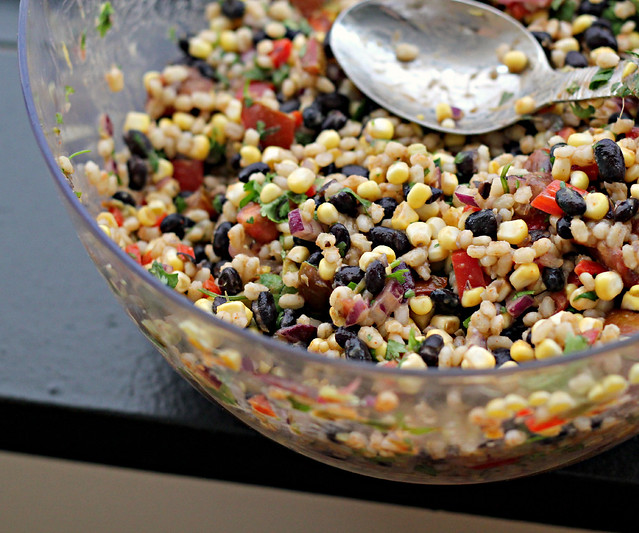 In the end, the whole experience was not quite as injurious to my inner psyche as I thought it would be.

I didn’t burst into tears or silently curse one of the dressing room attendants not even once! (Okay that last part…so not true.  But she couldn’t even count to ten! I’m not even exaggerating.)  Which cannot be said of past bathing suit purchasing endeavors.

That being said…I am so not off the PTSD hook.

Because baring your stomach area to a two by nothing fitting room cubicle is not the same as wearing a bikini for a week a straight in Hollywood, Florida.  In front of STRANGERS.

Which is what I’m going to be doing.  In two. Weeks.

So basically I’m going to spend the next fourteen days curled up in fetal position and going on a cucumber diet.

Which is to say, I’ll be hitting the gym and eating totally normally except that whenever I get the strong and unnerving desire to stick a spoon into a jar of peanut butter and go to town…I’m gonna stick it into this bowl of salad instead.

And given how each bite of this mix of corn, avocado, red bell peppers, tomatoes and black beans is just about bursting with flavor…I’d say that’s not much of a sacrifice. Nope, not at all. 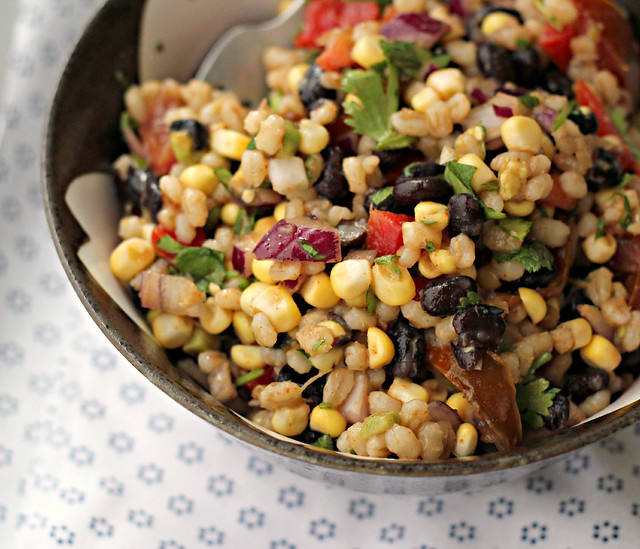 I am submitting this to Souper Sunday which is hosted by Deb of Kahakai Kitchen. 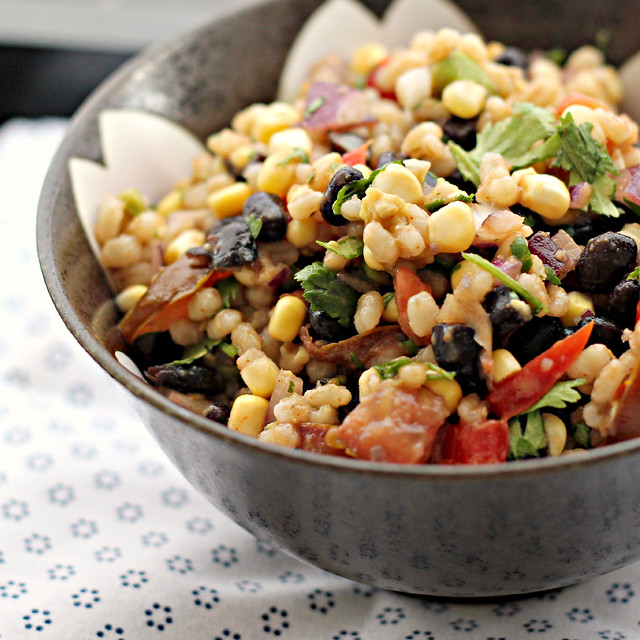