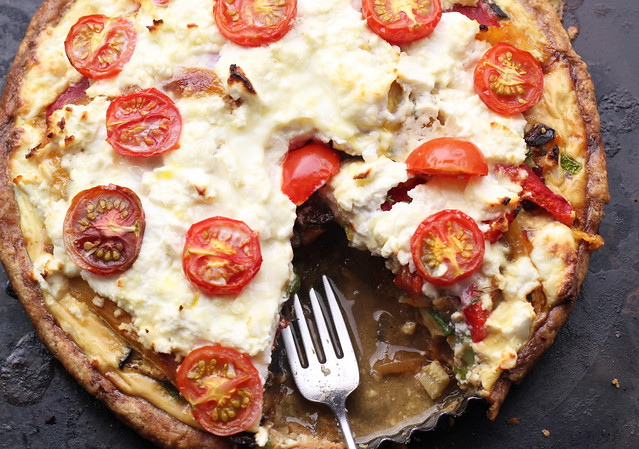 Summer is basically tart season even though making such a thing requires blood, sweat, and tears.

Or, at the very least, turning on your oven and making pie crust, which, between the two, may or may not account for two of the three up there. 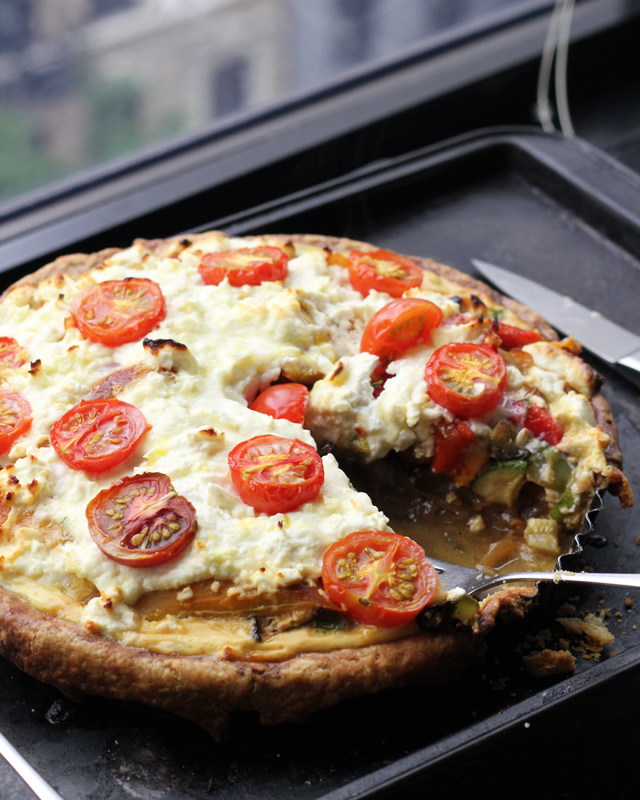 Seems counterintuitive given how stifling this heat has been, but for those of us without grills or even a real window ledge to dangerously (and almost surely illegally) prop an electric grill onto just so that it is sort of “outdoors” (not that I’ve ever attempted such a thing. ahem)…if we want to do something to use up all of this summer bounty in one fell swoop, tarts are most assuredly it.

The holy grail of summer fare. 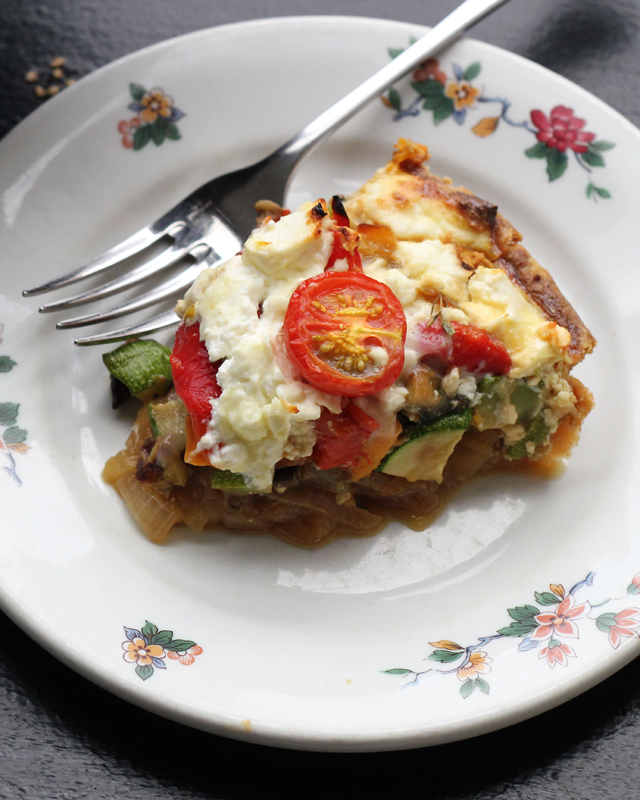 This tart is especially so since it uses pretty much all of this season’s best produce – peppers, zucchini, eggplant, tomatoes, and even a sweet potato for good measure. That is some serious bang for your buck, at least in the sense that if you’re going to be turning your oven on anyway, you might as well get as many roasted veggies out of it as you can. 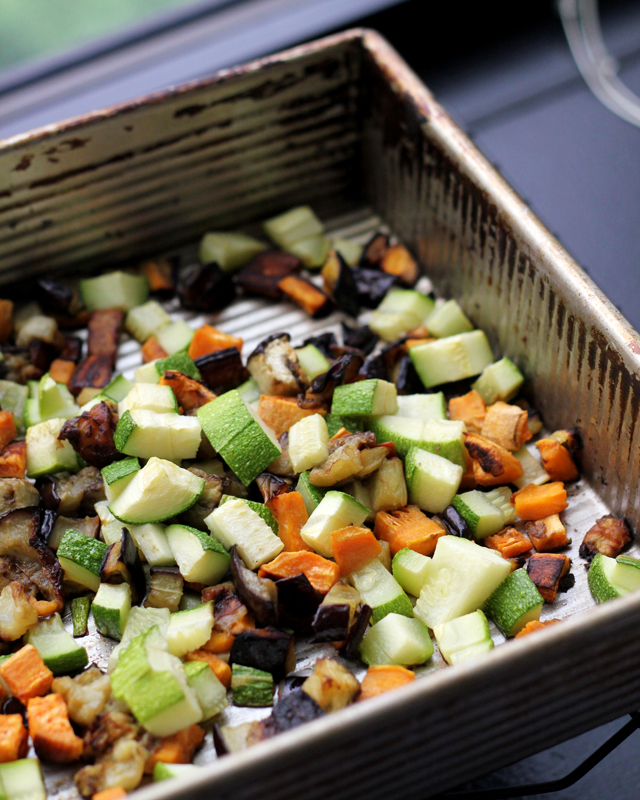 In fact, this tart is so full of juicy delicious caramelized roasted vegetable flavor, smothered in cheese and encased in the flakiest buttery-est (totally a word) pie crust known to man…that I’m going to preemptively  order you to double the recipe.

You are totally going to want to have a second tart in your fridge and will rue the day when you have to spend another afternoon with that oven on in the midst of 100 degree temps. And I just refuse to be held responsible for your discomfort. 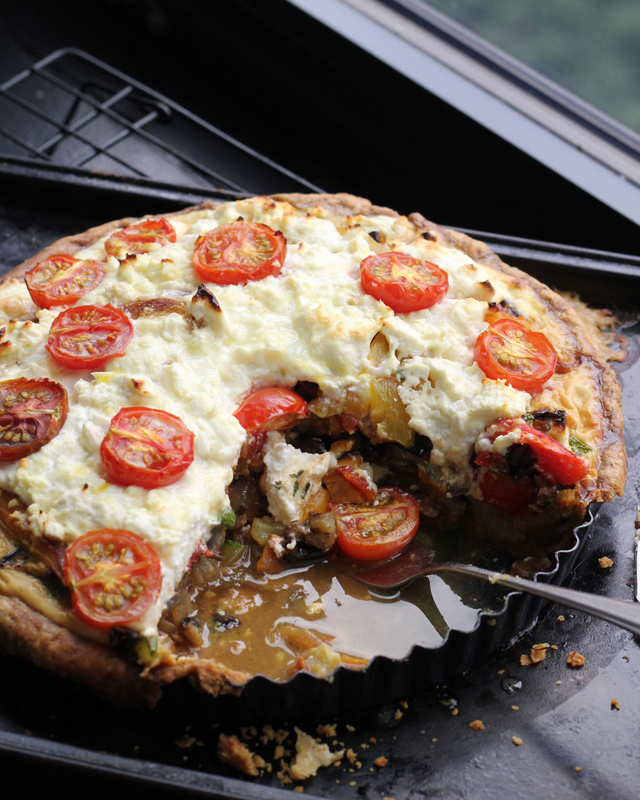 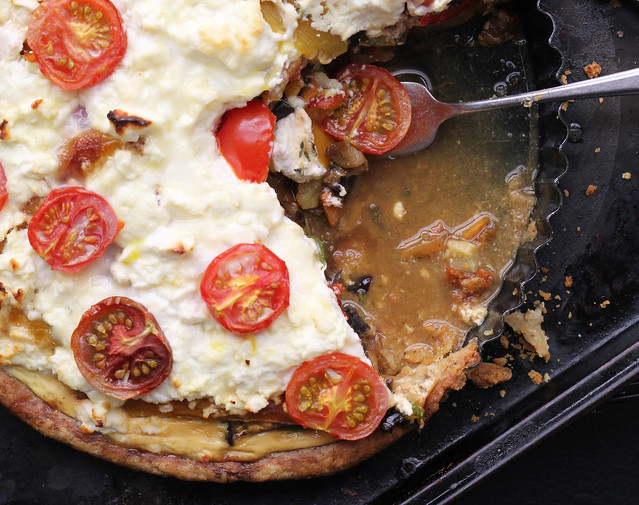 I am submitting this to this week’s I Heart Cooking Clubs! 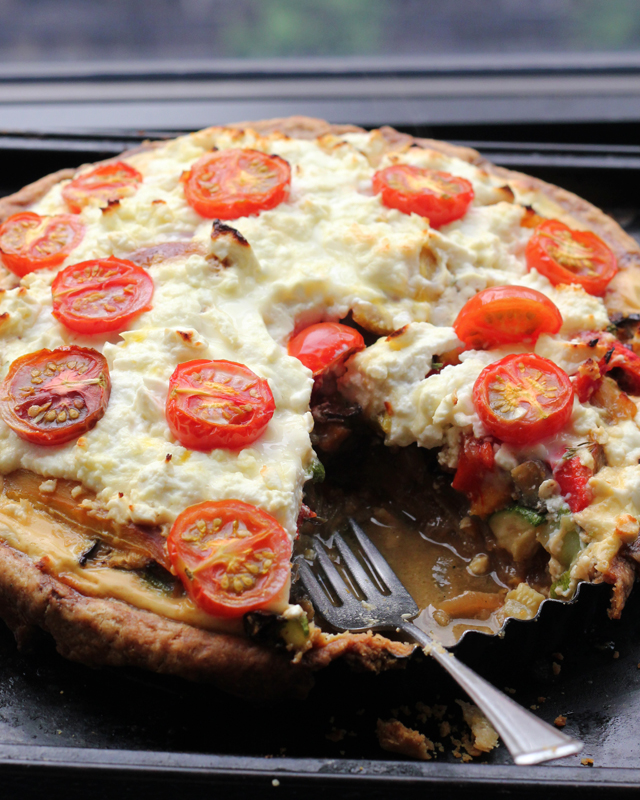 63 Responses to A Very Full Tart