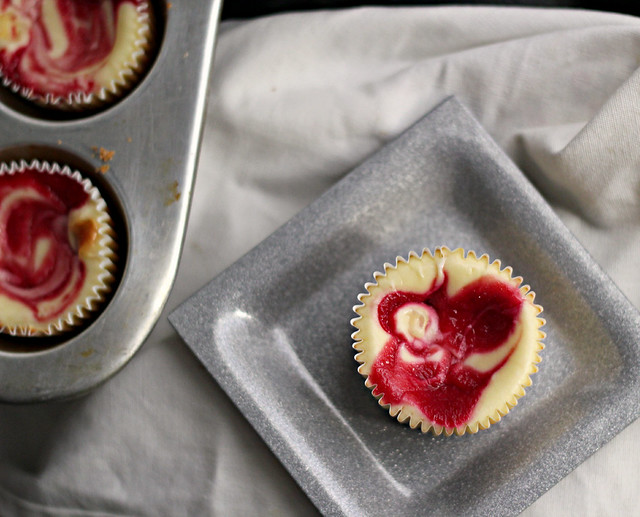 It’s not enough just to eat, sleep and dream about food.

The inexorable truth of the matter is that when you want to really show your love for something, you have to permanently imprint it on your body.

If it doesn’t take a laser or a plastic surgeon to remove it, then it’s not the real thing. 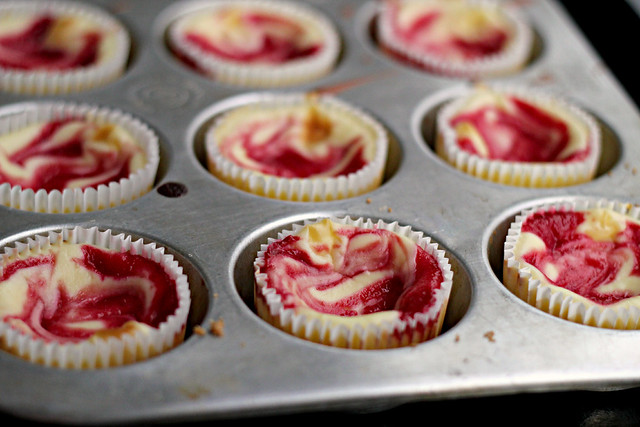 And so while I’ve long dabbled with the idea of getting a cupcake tattoo on my right hip as proof of my utter devotion to the foodie lifestyle (yes, I aspire to be a walking cliche, why do you ask?).

Fate intervened two nights ago.  And now there is no going back. 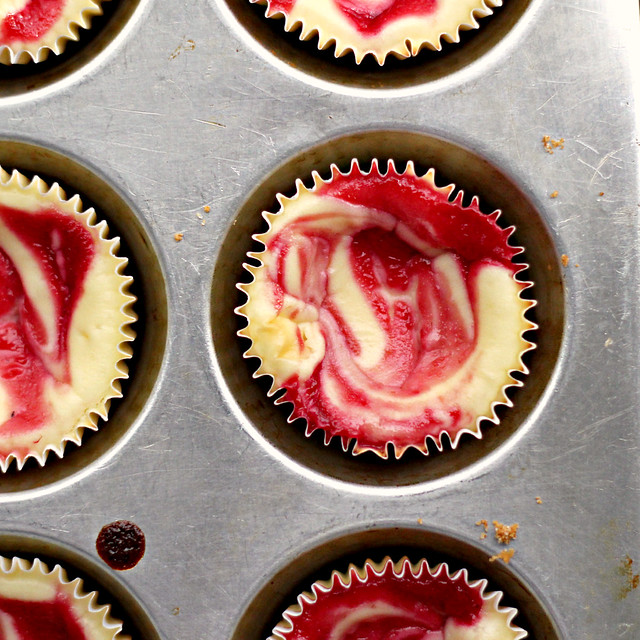 It all started with a ciabatta roll and a totally crappy knife.  The kind you find a set of in your med school apartment building’s hallway, totally free for the taking, that some smarter-than-you soul could obviously bear to part with.

This is not gold standard cutlery, folks.  You just don’t part with the good stuff and you certainly don’t leave it outside the garbage room for the vultures that roam these halls to snatch up.  That’s for damn sure. 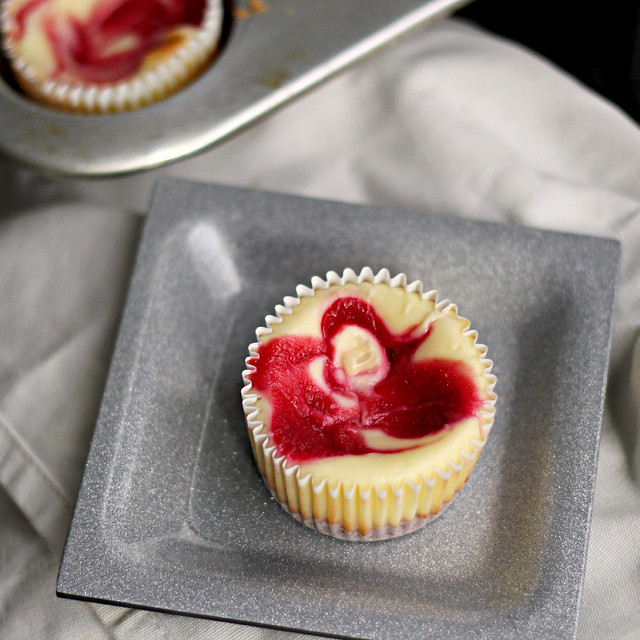 …that really is the question, now isn’t it?

I think we all know how this story ends.  Knife slipped.  Finger was sliced.  And instead of going to the ER like a normal person to have a real doctor stitch me up. I called in my med student colleagues and asked for their first, second, and third opinions.  (In my defense, it was 10pm and I still hadn’t eaten dinner yet.  Spending four hours in the hospital to have them possibly tell me I didn’t even need stitches was not how I wanted my night to go.)

The bleeding stopped pretty quickly so we decided that Steri-Strips were the way to go (after I vetoed the idea that we Krazy Glue my skin back together.  Which was apparently the more surgically appropriate thing to do.  At least that was what the surgery resident in my lab said after he got over being angry at me for (a) not texting him a photo of the wound when it happened and (b) despising any and all real medical intervention in my life.)

The good news is that I can stop internally debating whether I’ll still want a cupcake on my hip when I’m eighty because, uh, a serious scar is definitely in my future.  I just need to come up with a better story to go with it.

“I did it while cutting a ciabatta roll”…so not the stuff that battle scars are made of. 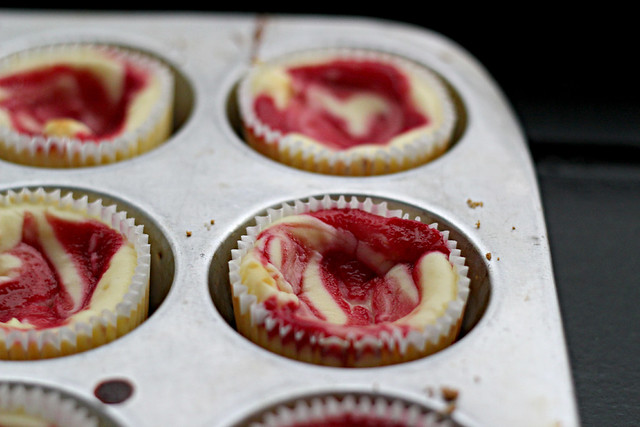 Speaking of cupcakes on our hips…I made these babies for my friend Adam’s birthday this past week and they were a surefire hit.  You can’t go wrong with cheesecake in general but when you add a raspberry swirl, it really just gets better.

They’re also pretty excellent at consoling you as you’re sitting on your kitchen table, bleeding out, and waiting for your medical “team” to arrive.  Just saying.

For the raspberry swirl: 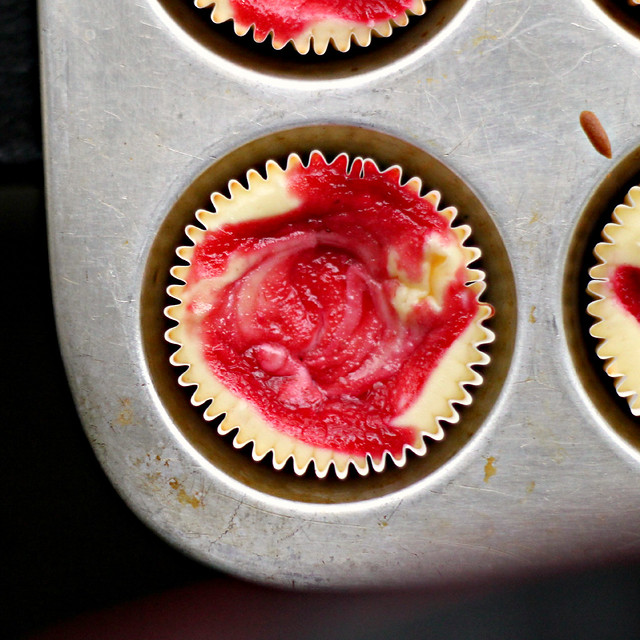