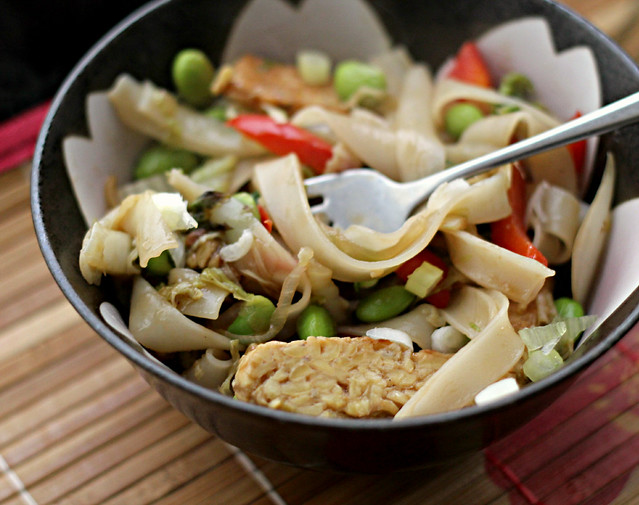 I may have evaded parasailing, bungee jumping, sky diving, dancing on the table at a Greek restaurant, KARAOKE and a number of other life threatening activities that The.Boy. attempted to involve me in while on vacation.

But being part of a Special Forces mission?  That was unavoidable.  Mostly because we were in it before we even realized and once we were, well. There was no going back. 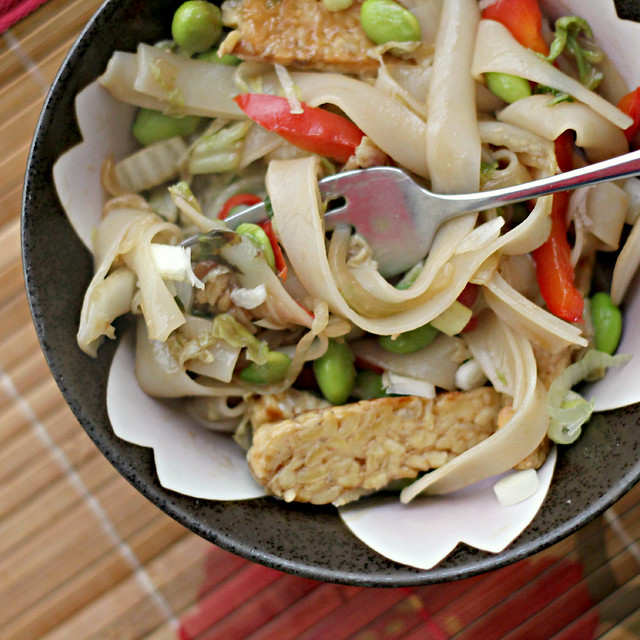 It all started at lunch on Friday.

We were at a Peruvian restaurant that I defamed on Twitter for refusing to switch out the steak for veggies for me in a dish, bringing me instead an almost inedibly oversalted vegetable fried rice (more on that and the other restaurants we dined at tomorrow!).  I’m fairly certain I was moaning about how much I missed New York, the land where vegetarian options abound and where this would surely never happen.

When we heard it.

The unmistakable sound of a helicopter blade.  Hovering above the parking garage across the street.

Not just any helicopter, in fact.  But a Black Hawk. 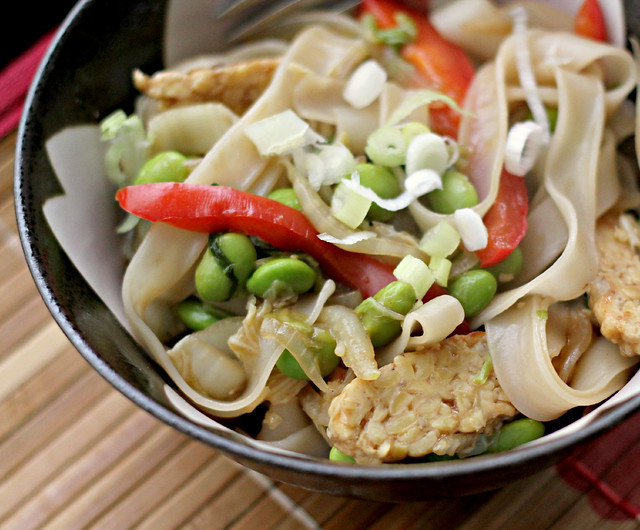 Now I don’t know if you’ve ever seen a Black Hawk in real life, but they are HUGE.  Way bigger than your run-of-the-mill news chopper.

They have to be in order to hold the 10+ people that proceeded to exit the helicopter by sliding down a rope that had been lowered from its door and jumping onto the ground below.

Just a day in the life for them, I’m sure.  But I was on the verge of a panic attack.

And did I mention that they were then whisked away in an unmarked black van?  That happened.

Just about once every ten minutes the helicopter returned, dropping more uniformed men from the sky.

After witnessing this (and taking extensive photos of it) approximately four times, The.Boy. decided we needed to get closer.  He wanted video footage. Obviously.  Because that’s what you do when you’re a male and you see men doing other, life-threatening dangerous things.  You involve yourself as much as possible before your girlfriend finally decides you’ve both had enough and drags you back to your hotel while all your limbs are still intact. 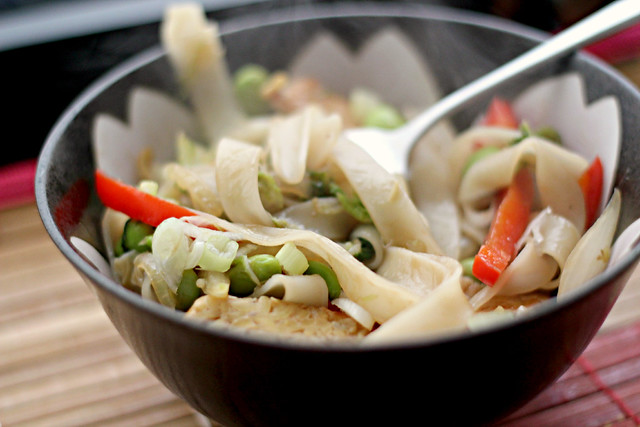 So, closer we got.

The.Boy. was pretty much in heaven.  I’m fairly certain he would have stood there, watching and waiting, all day if I had let him.

And me?  Well.  My nerves are still recovering.

Which is why when I got home, I reached immediately for Antonio Lofaso’s (of Top Chef renown) new cookbook, The Busy Mom’s Cookbook, which features quick, easy, and mostly healthy recipes that don’t require much thought or effort to whip up, but that still taste good.  I chose to make her lo mein, switching in tempeh for the shrimp and using rice noodles instead of lo mein, as they are what I had on hand.  The whole meal came together in about 20 minutes and was just what I needed to replenish my fuel after shaking in my (metaphorical) boots for nearly two days straight. 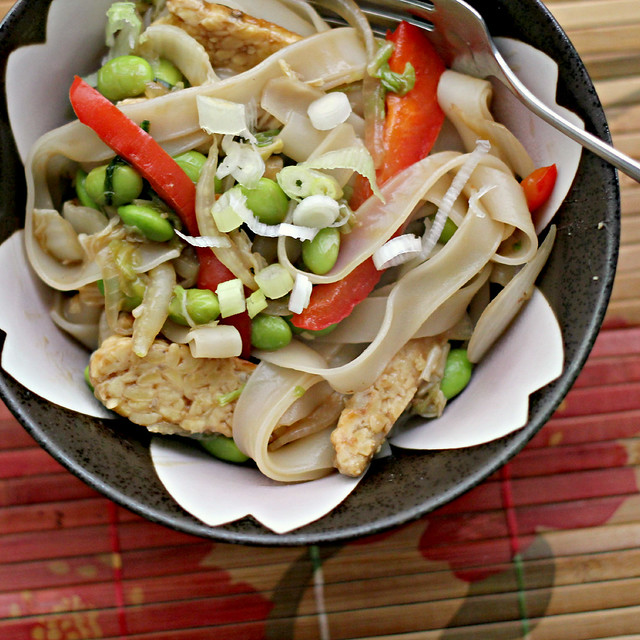 I am submitting this to Presto Pasta Nights which is being hosted this week by Ruth of Once Upon A Feast. 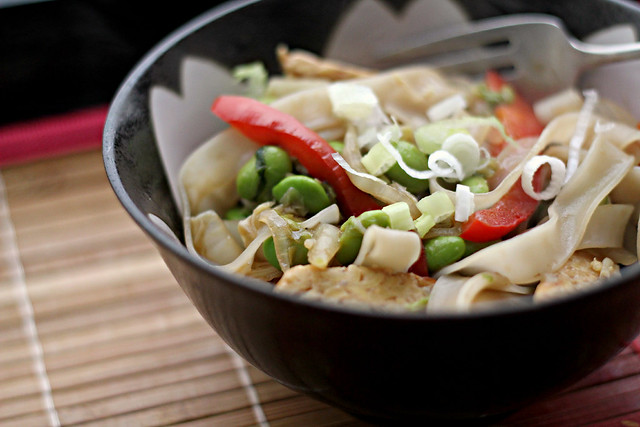