The Great Down Under 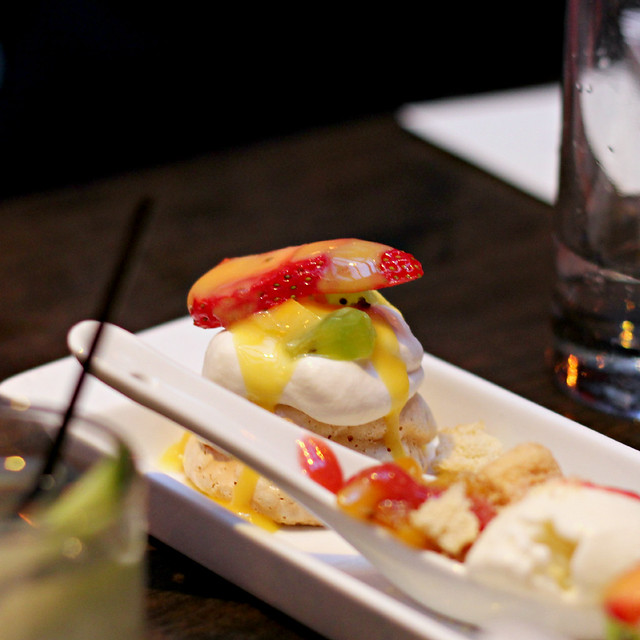 It’s not every day you get whisked away to Australia for an afternoon.

Just a crosstown cab ride on a rainy day, and there you are.

(Although, for the record, once you’ve spent an entire afternoon immersed in Australian food, wine and culture, you will pretty much be begging for the opportunity to go and spend a few weeks there.  Or at least, I’m not ashamed to say, I did.) 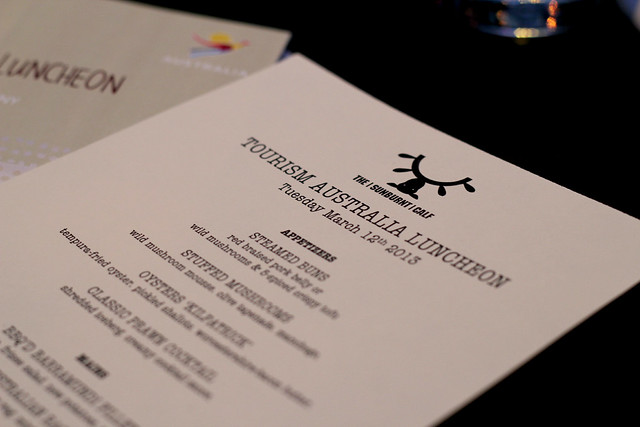 Okay, what am I talking about?

Last Tuesday I was lucky enough to attend a luncheon sponsored by BlogHer and Tourism Australia at The Sunburnt Calf in NYC, where I got to learn about why I need to go to Australia immediately (and I do), all while eating food that was inspired by Australian cuisine and hanging out with some of my favorite bloggers. 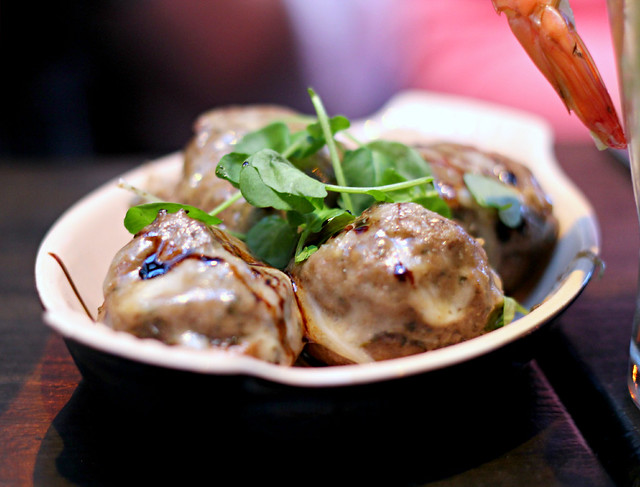 While those who have never been to Australia don’t tend to think of its food as being exceptional, travelers who have vacationed there pretty much unanimously say otherwise.  One of my coworkers who dines at high-end restaurants in New York almost every weekend just came back from a three-week vacation Down Under and said she did not have a single bad meal during her entire stay, which is really high praise from her.  So to say I was excited at the prospect of a meal based entirely on Australian ingredients and specialties is an understatement. 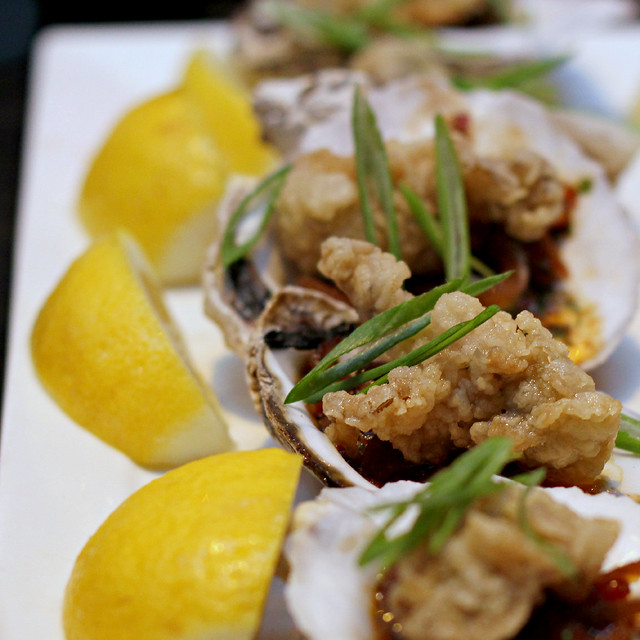 Our meal began with a splash of Australian wine and an array of shared appetizers.  There were mushrooms stuffed with mushroom mousse and topped with Manchego, steamed bao with both meat and vegetarian fillings, fried oysters atop a bed of pickled mushrooms and bacon-infused butter, and a classic prawn cocktail.  I tasted both the stuffed mushrooms and the vegetarian bao, and both were incredibly delicious. I am typically a bit squeamish about mushrooms, but I absolutely would have eaten a whole tray of both of these! 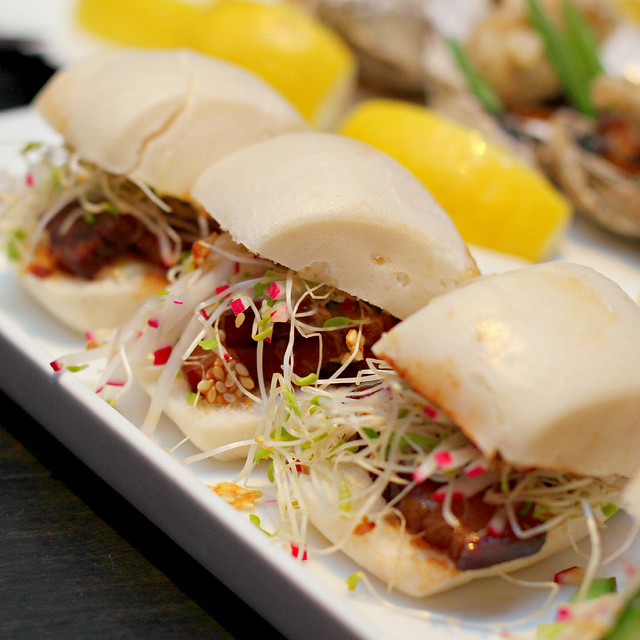 For our main course, we were given a choice of a barbecued Barramundi fillet (a fish caught in the waters surrounding Australia), grilled Australian rack of lamb, or a Moroccan vegetable tagine.  I opted for the last of these and was so happy with how richly flavored it was – I could literally smell the spices coming off it from across the table. 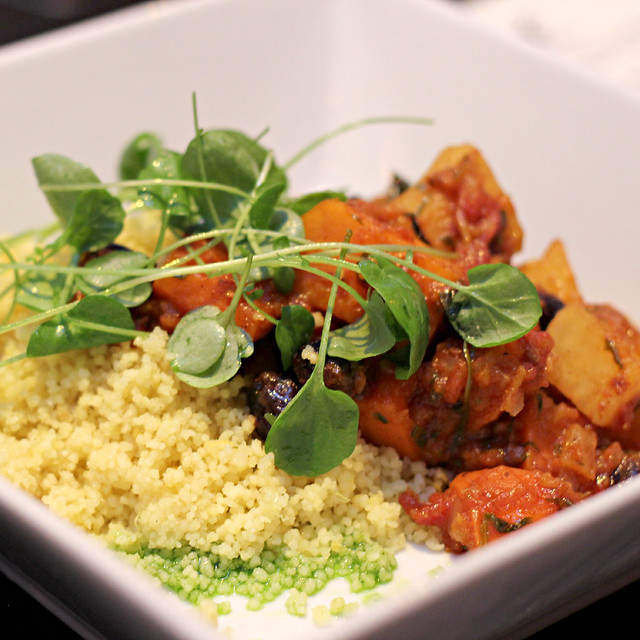 In addition to getting to eat delicious food, one of my favorite parts of this event was getting to hear from native Aussies about what living and eating in Australia is like.  A representative was present from each of the nation’s states, and each one talked to us about what made his or her region unique. 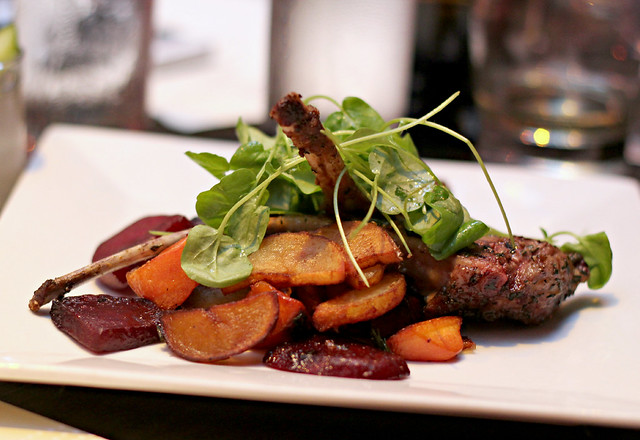 To be honest, I’m not even sure that I knew before this that Australia even HAD states. (My geography-obsessed boyfriend is hanging is head in shame at the thought of such ignorance.)

However, now I know that North South Wales (and Sydney in particular) is rife with cultural diversity and, food-wise, there is a huge emphasis being placed on garden-to-plate eating and vine-to-glass wine drinking.

South Australia has a ton of food events going on: Savour Australia, which is going to be Australia’s first ever global wine forum; Tasting Australia 2014; and, if you’re in Adelaide, the Central Market, which is filled with a huge range of fresh and locally grown produce and meats, seafood, gourmet cheeses, and baked goods, among other things.

Melbourne, located in Victoria, has a rich coffee culture (so you know that’s where I’ll be beelining as soon as I set foot on Australian soil).

Western Australia is home to many a black truffle mushroom.

In the Northern Territory there is a big push to encourage indigenous chefs to cultivate their skills.

And last, but certainly not least, is Tasmania, which, with the world’s cleanest air and purest water, sounds like a paradise unto itself. 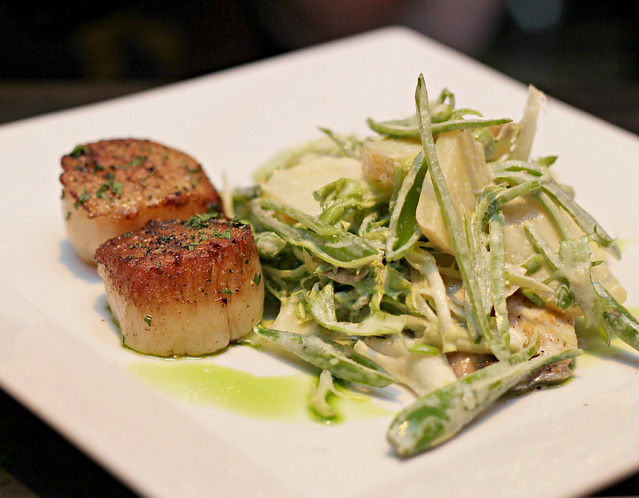 We also got to hear from Australian chef Michael Moore, who is a leader and innovator in the Australian culinary scene.  He owns O Bar and Dining, where guests get to eat with gorgeous views of Sydney right before their eyes. He was extremely enthusiastic about Australian food and wine, describing Australian food as a state of mind. 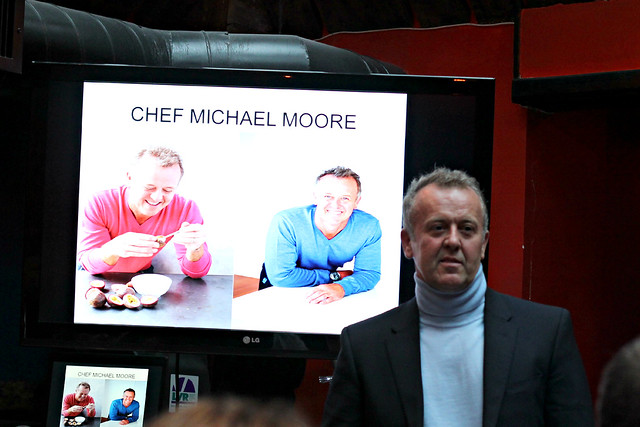 It was a wonderful afternoon, but unfortunately all good things must come to an end.  We were treated to a lovely dessert of pavlova with kiwis, mangos and passion fruit sauce; and peach melba with vanilla ice cream and raspberry sauce.  They were the perfect sweet bites to end such a lovely experience.

All in all, after eating and learning everything I had, I have a much better appreciation for the Australian food and wine scene and am convinced that it is something I need to experience at least once in my life. Not only that, but the country is a natural wonder filled with stunning landscapes and wildlife that you just can’t find anywhere else.  It is certainly a destination worth considering when planning your next vacation, and I really hope I have the chance to go in the next few years.  It was fun for an afternoon, but such a short time just wasn’t enough…and now I definitely want more. 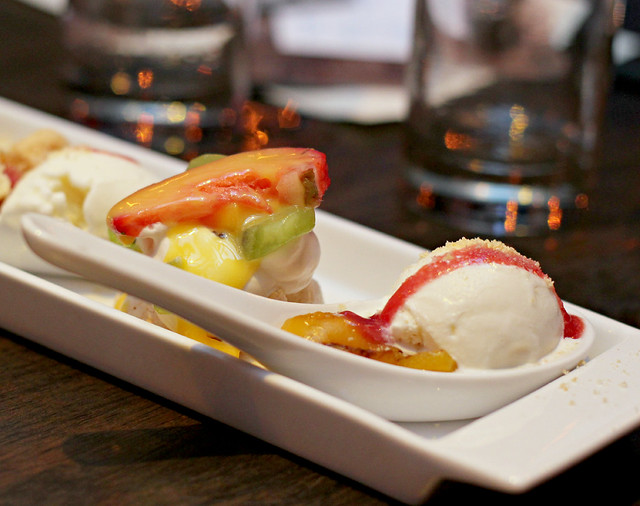 55 Responses to The Great Down Under