Bulgur and Spinach Pilaf with Labneh and Chili Roasted Tomatoes 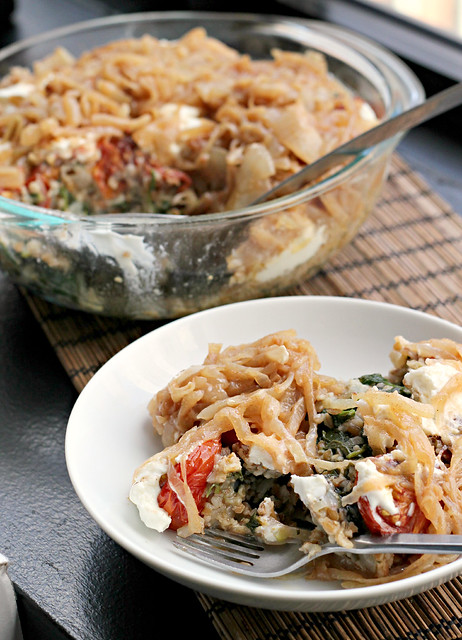 Disclaimer: I was sent the labneh used in this recipe from Karoun Dairies for free. My thoughts and opinions on it are my own.

I’m sorry for all the review posts lately, you guys. But when someone sends you an email that says “Hey! It’s Mediterranean Diet Month, can we send you free cheese and yogurt to celebrate?”

As a full-blooded Italian, with Mediterranean blood coursing through your veins, you just can’t say no. It would be against your heritage, your upbringing, and everything your grandmother ever taught you about anything.  And so the only correct answer is YES, followed by a superfluous amount of exclamation marks.

Or risk being haunted indefinitely by relatives past. Obviously. 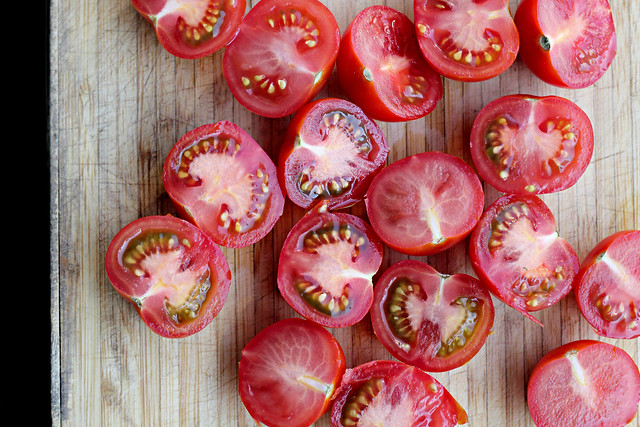 So it was that I came home from a run two weeks ago to find a box of yogurt and cheese sitting on my doorstep (err…in the package room in my building).

If we could somehow arrange for that to happen more often, I would do a lot more running. Truth. 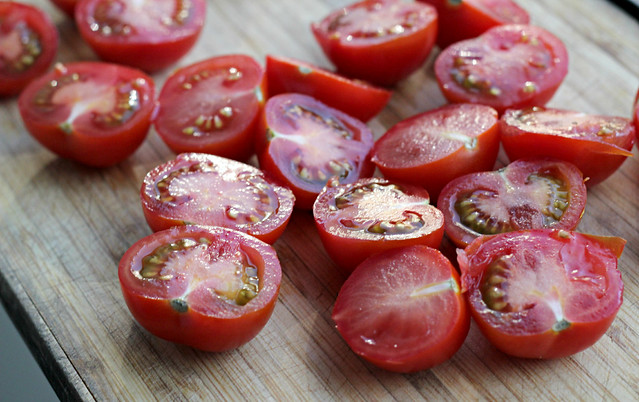 After inhaling a container of the Greek honey yogurt, which was kind of the best yogurt I’ve ever eaten in my life (think creamy in a way that makes your heart skip a beat), I had to figure out what to do with all of the rest of it.

Primarily the labneh, because while I can happily top anything and everything with feta cheese and can find exactly one trillion uses for Greek yogurt, labneh is kind of a mystery to me.  Not only have I never used it in a recipe before, but I’ve also never eaten it.  Ever.

As a food blogger, that necessitates a pretty big Shame.On.Me. 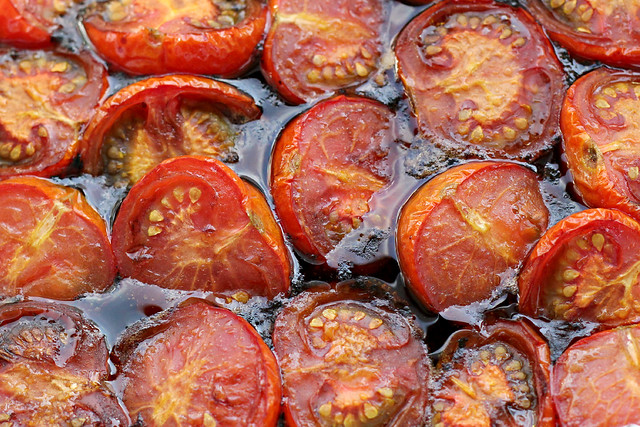 Before I could decide what to make with it, however, I had to first figure out – what IS labneh?  Animal? Vegetable? Mineral?

Slightly salty Greek yogurt that has been strained so that it is a consistency about halfway between sour cream and cream cheese?

The latter. Definitely the latter. 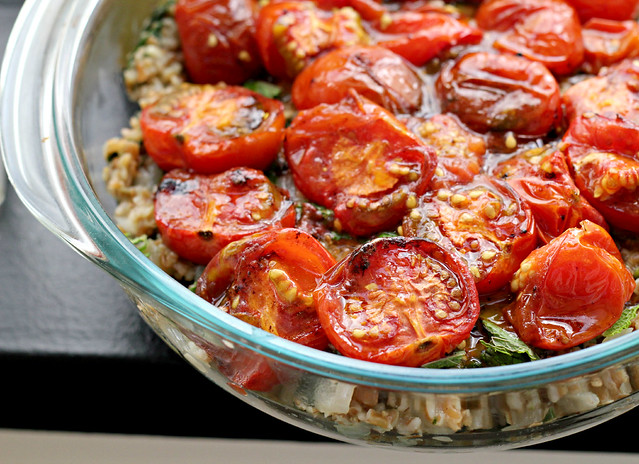 While it is most commonly incorporated into dips or just eaten plain, spread onto a piece of flatbread and topped with a bit of spice and olive oil, I knew that I wanted to do something a bit more involved with it.  You know, the kind of thing that would take all morning longer than I thought and make me just a teensy bit late to lab. (That’s how I roll.) 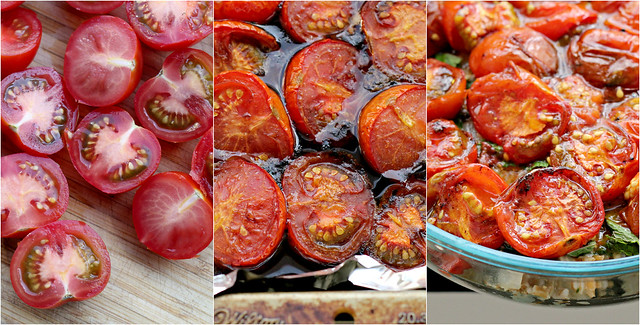 Enter this pilaf, which consists of layer upon layer of amazing Middle Eastern flavor (and is totally worth postponing your experiments for).

On the bottom, we have a spinach and bulgur pilaf, which lends a bit of heartiness to the meal. This is topped with a bit of torn mint, tomatoes that have been roasted into a sweet spicy savory oblivion, cinnamon-infused caramelized onions, and the labneh, which kind of serves to cleanse your palate after each and every bite of all that intensely delicious flavor.

Definitely totally worthy of celebrating all that Mediterranean heritage I have in my bones. In fact, I daresay even the ghosts of my relatives past would be proud, and that is no easy feat. 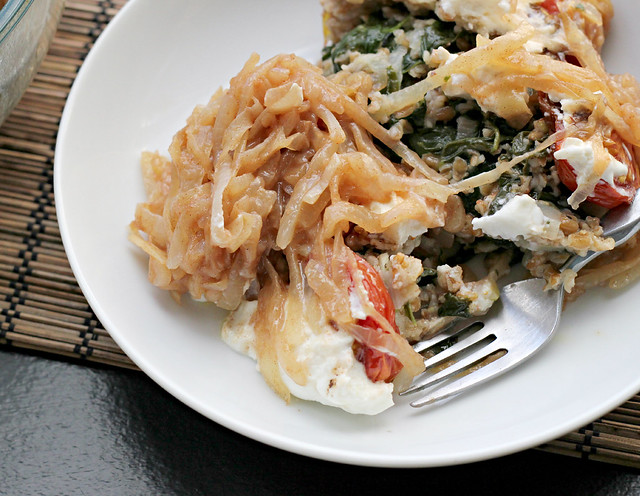 Ingredients
For the pilaf: 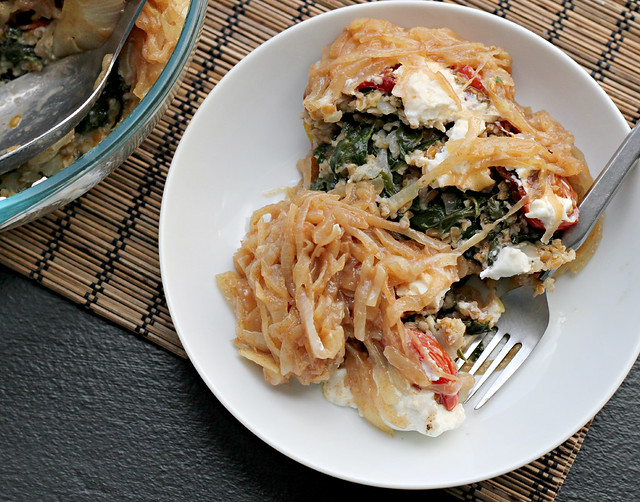