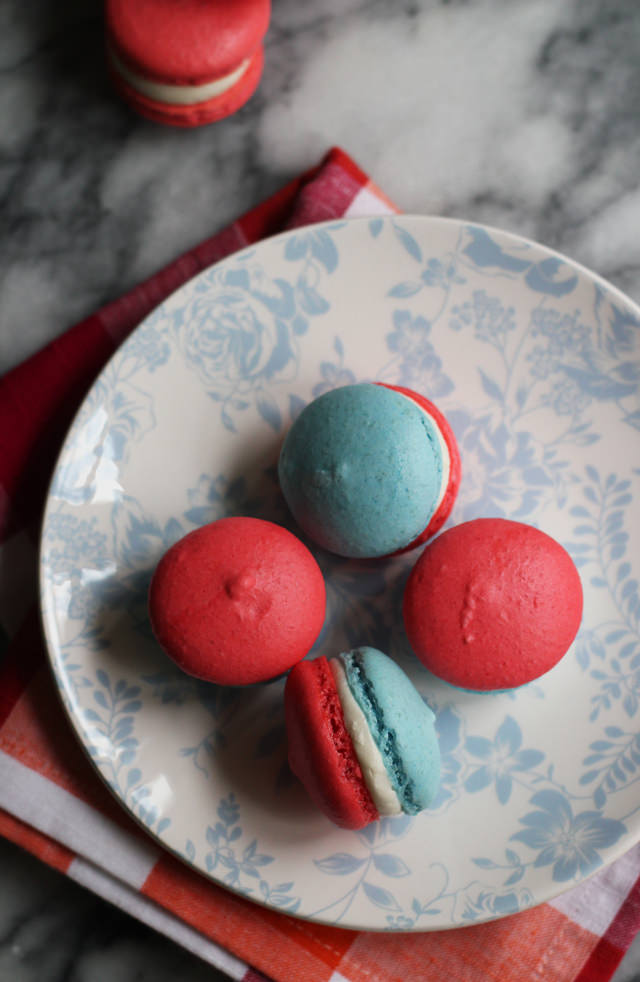 Truth be told, the.boy saw these and said, “Why did you make French flag macarons?”. 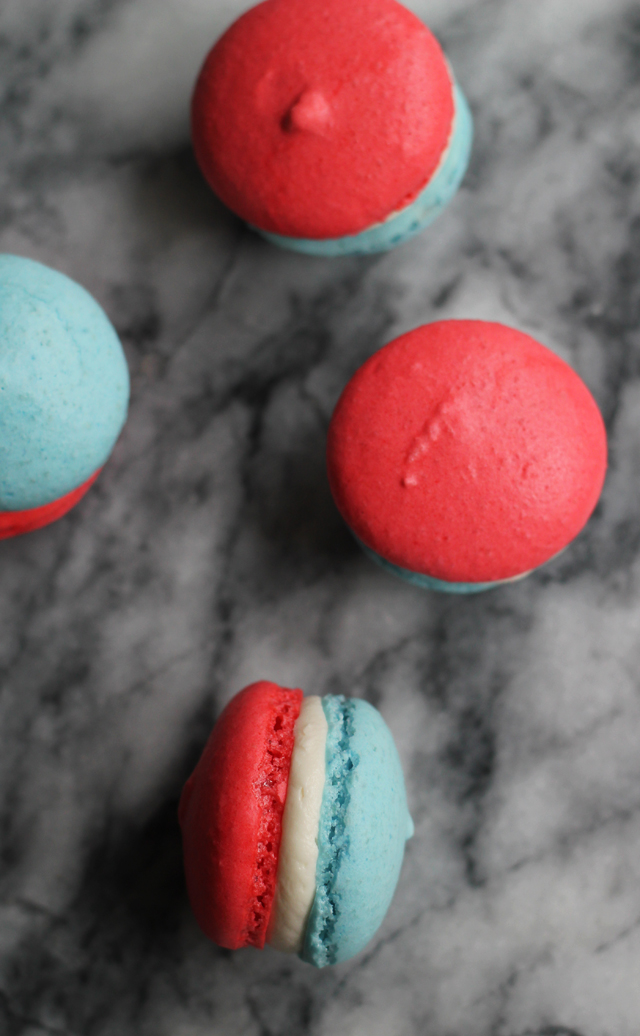 I give myself an “A” for effort. Because that’s how we do it in Ammeeerriicccaaa. 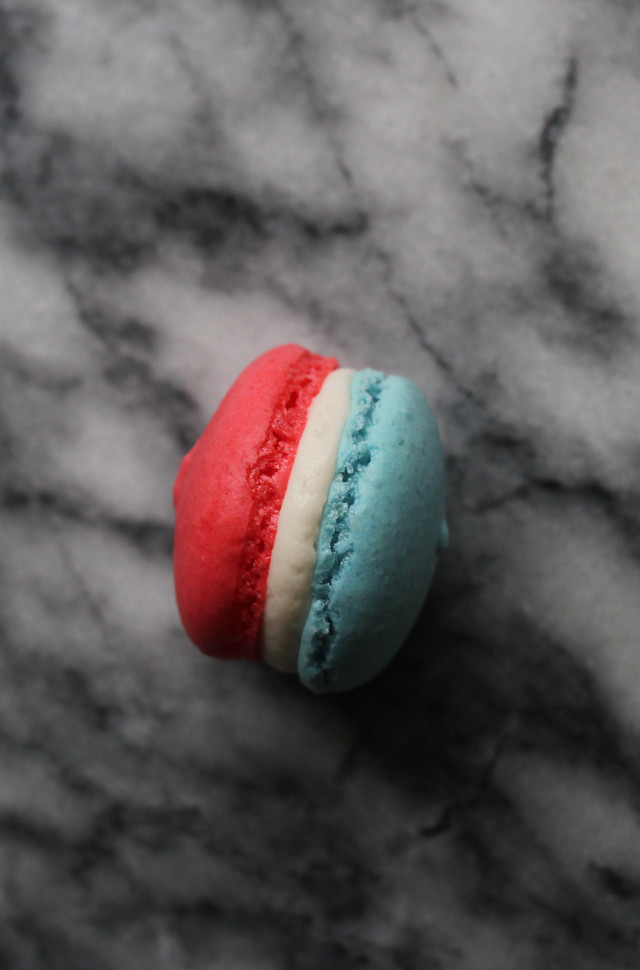 Okay, so we have a little less than a month to get all of our reds, whites, and blues in order.

You know I like to live my life as messy/not-Pinterest worthy as possible but even I get caught up in making one crazy RWB thang for the 4th of July season.

Also, I think we need 4 weeks to practice our macaron-ing, especially with this humidity that’s in the air. When I made this batch, I got exactly FOURTEEN reasonable looking shells…and TWELVE of those had nipples. Suffice it to say – I’m a work in progress. I think this has something to do with my oven and its totally uneven heating but I’m not, like, a food scientist or anything, so who knows.

I do have faith that this recipe can work (since it has for me, multiple times), so the moral of the story is GO FORTH and red, white, and blue all the things.

But especially all the macarons. 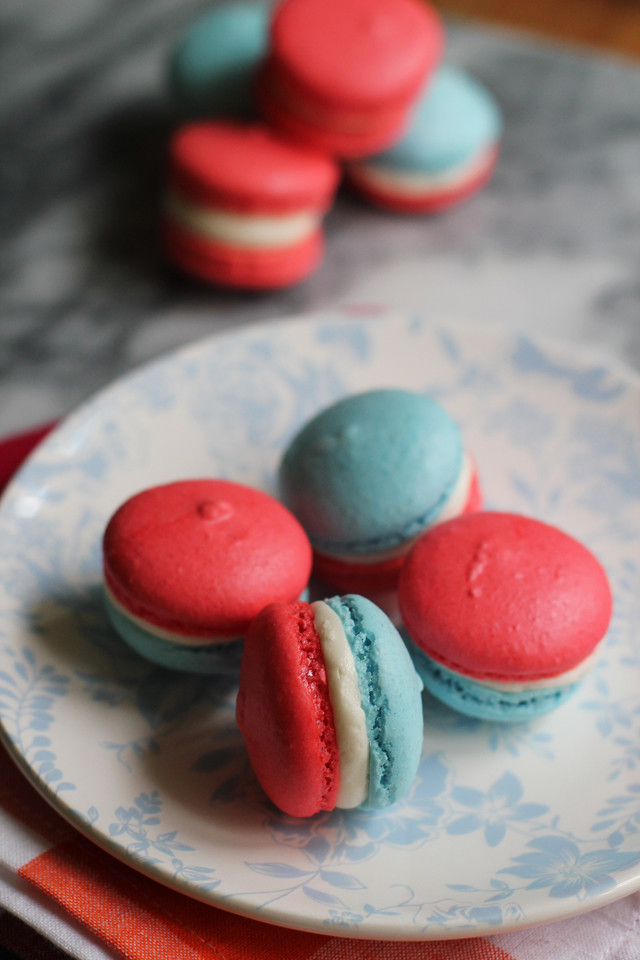 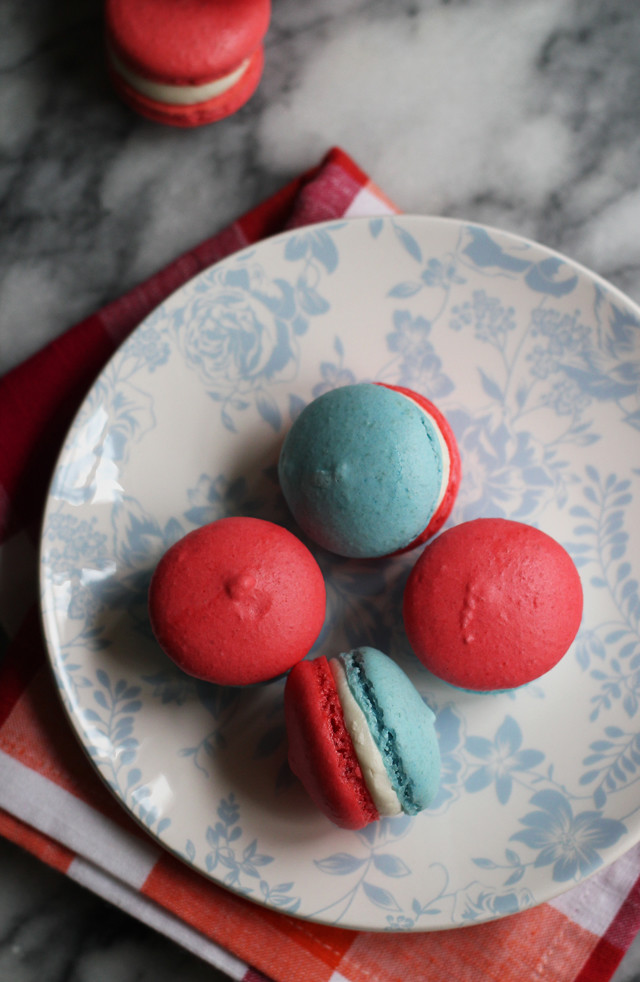 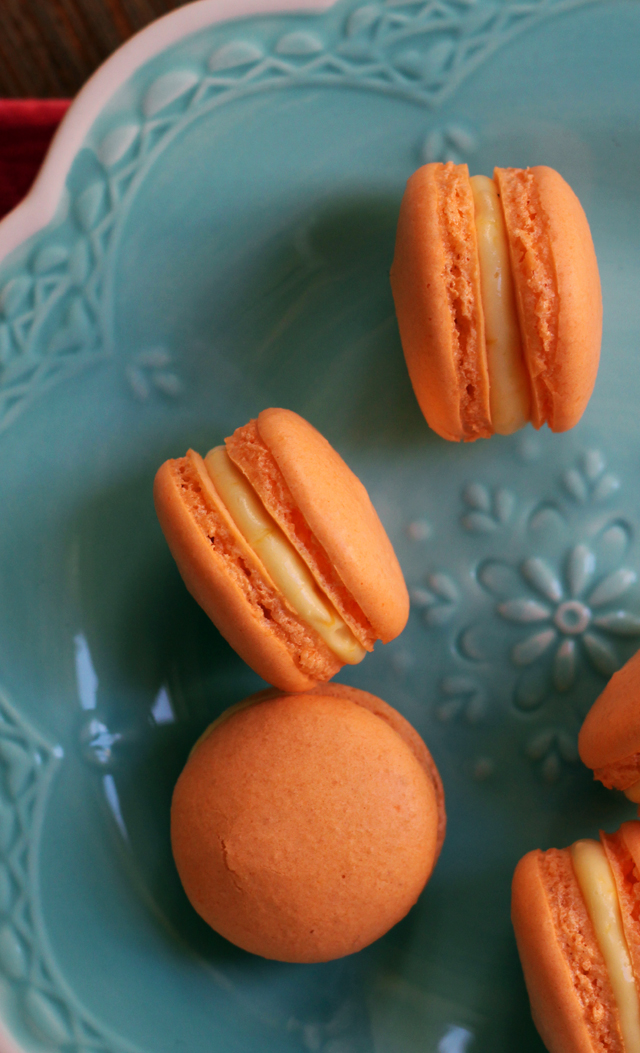 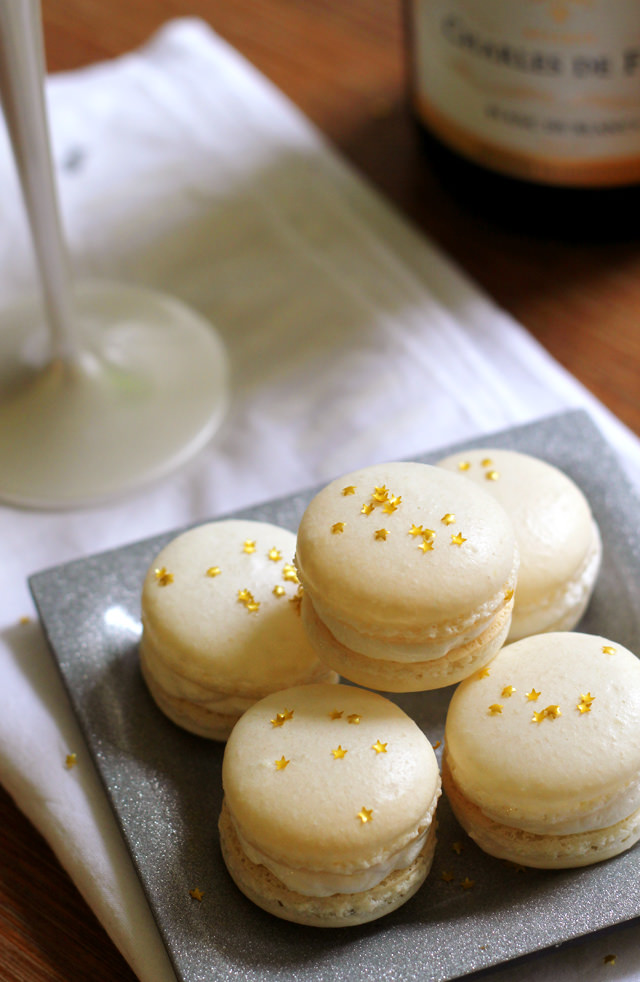 Chocolate Walnut Macarons with Salted Caramel from Baking A Moment 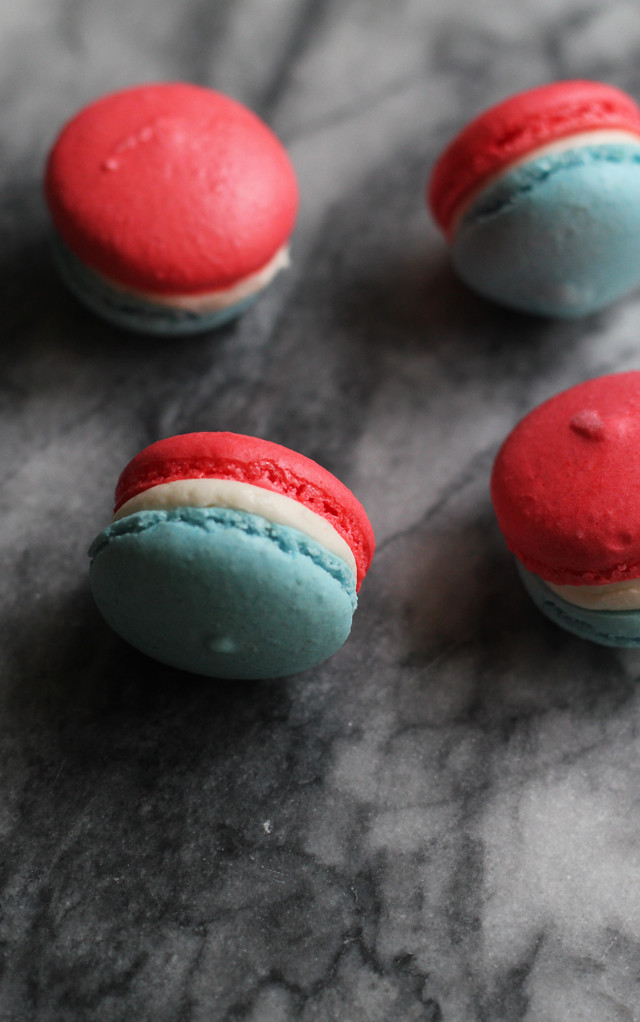