You guys, I need workout advice. Or motivation? Or something?

I think I can count on both hands the number of workouts I’ve done since Remy was born…SAD. And it’s not for lack of trying! First, I joined ClassPass, which basically gives you access to most classes in the city, but you have to sign up ahead of time and you pay for a set number of classes each month. A lot of the classes are at boutique gyms, so you definitely get a discount but it’s not the kind of thing where you can go any time, as much as you want. The benefit to it is that there is such a wide variety of class offerings that I can pretty much decide twenty minutes before a class starts that I want to go and book it, in contrast to the regular gym I used to belong to where there was almost never a class available at the (random) times I was free.

THEN, I joined Daily Burn, which is (a) really cheap and (b) online, so I can work out from home. Definite benefits to both of those things. There’s also a new workout every day and the workouts are only 30 minutes. BUT working out from home just doesn’t have the same fun aspect of actually leaving my apartment and speaking to other humans above the age of 7 months.

So now instead of doing anything, I’m just lazy and do nothing and eat ice cream every night. HELP. What kind of workouts are you guys into right now??

The eating aspect of healthy living (ice cream notwithstanding) has not been as hard as the exercising part, especially because of all the inspiration I get from our weekly healthy vegetarian meal plans! There are lots of gems this week, including my FAVORITE vegetarian lentil bolognese (you won’t miss the meat, I swear!), a one pot chickpea tikka masala, spaghetti squash with a truly luxurious vegan cream sauce, sweet potatoes loaded with all of my favorite tex mex flavors, and the most gorgeously hued beet burgers that I’ve ever seen. Happy eating!

Prep Ahead Tip: Squash can be cooked ahead of time and re-heated. 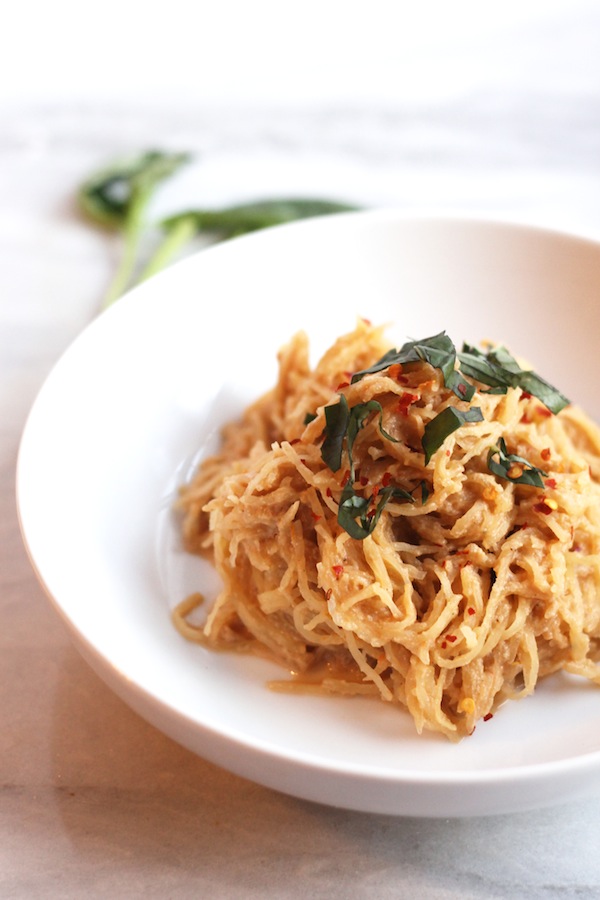 One Pot Chickpea Tiki Masala from Making Thyme for Health

Prep Ahead Tip: To save time cook the rice ahead of time or use microwaveable rice. 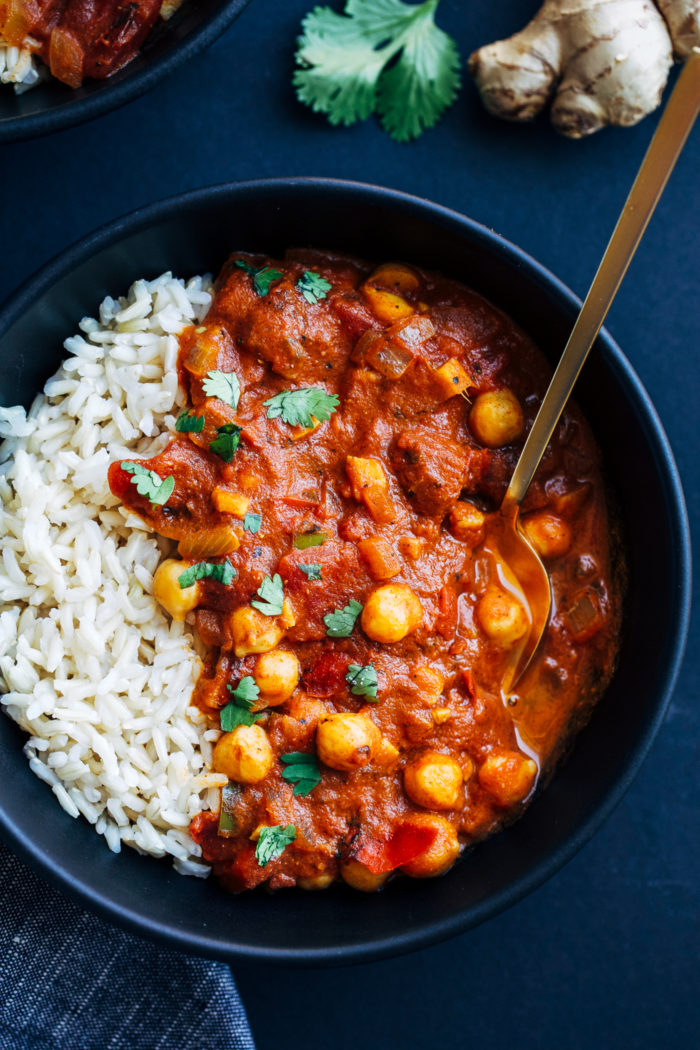 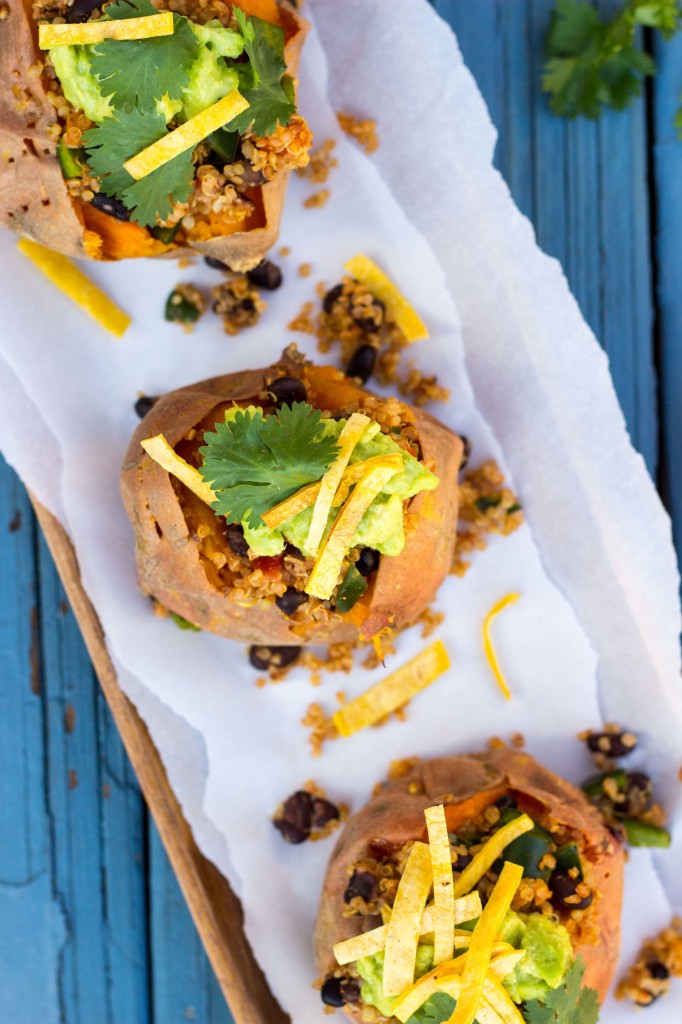 Spaghetti with Vegetarian Lentil Bolognese from Eats Well With Others

Prep Ahead Tip: The lentils can be cooked ahead of time.

Vegan/Gluten-free Substitutions: To make the recipe gluten free, use your favorite gluten free pasta in place of the spaghetti. To make it vegan, simply omit the parmesan cheese or replace it with a sprinkling of nutritional yeast. 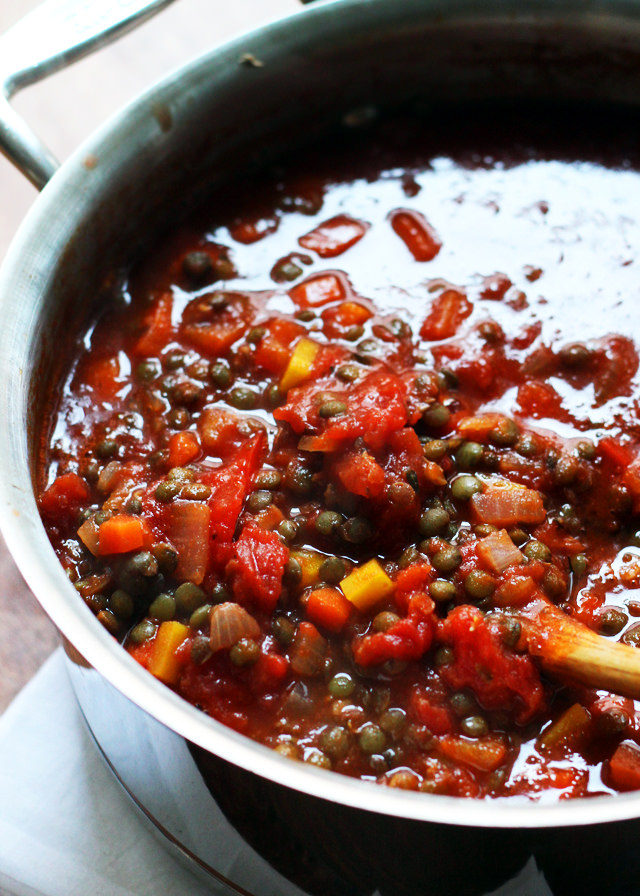 Prep Ahead Tip: Rice can be cooked in advance; goat cheese can be prepared in advance; and vegetables can be shredded in advance. Alternatively, you can make the burgers up to 3 days ahead of time and store in the refrigerator until ready to cook. 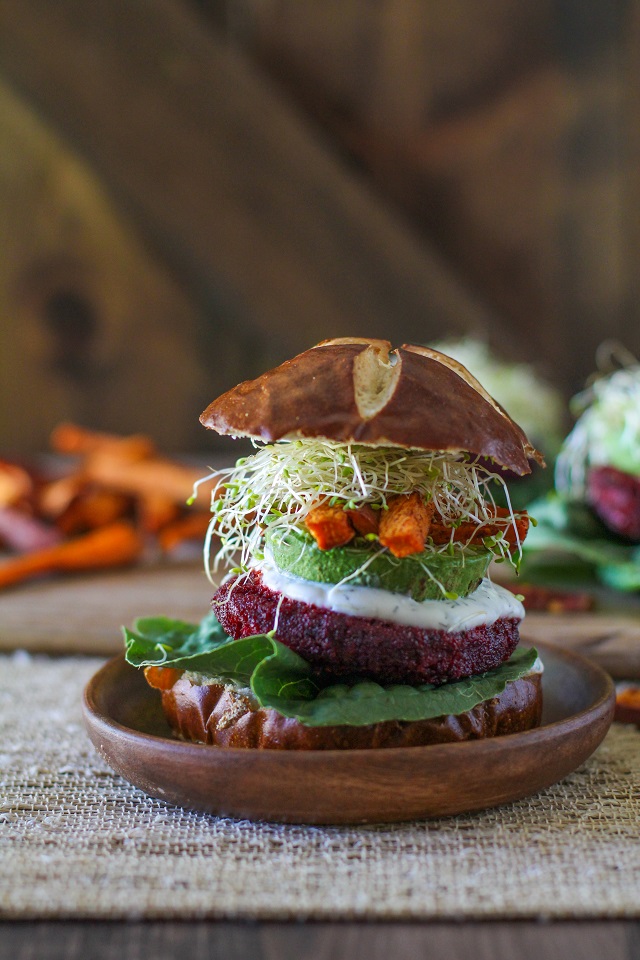 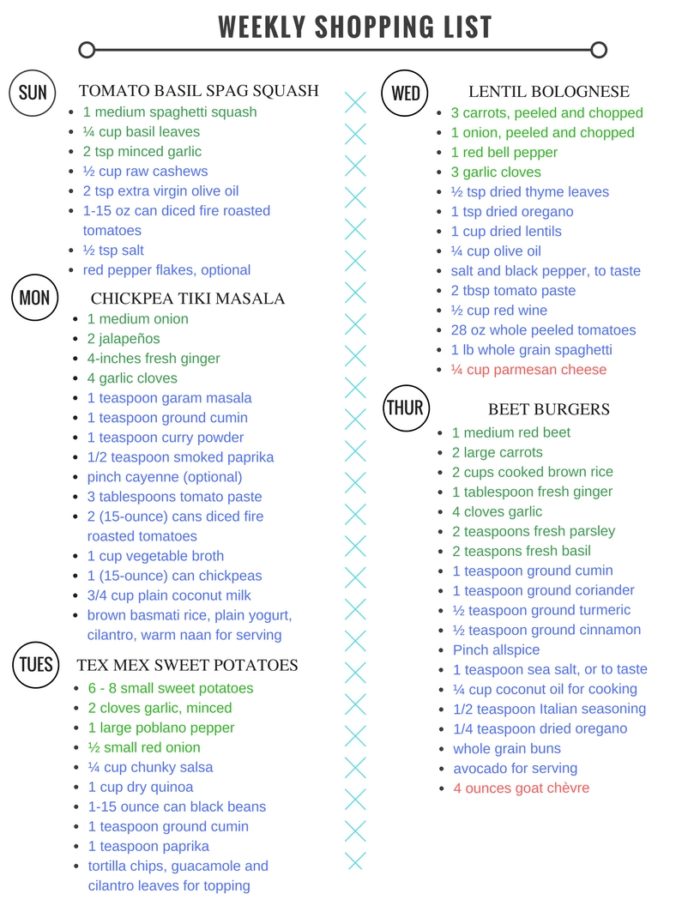