So, they say that America runs on Dunkin’….. 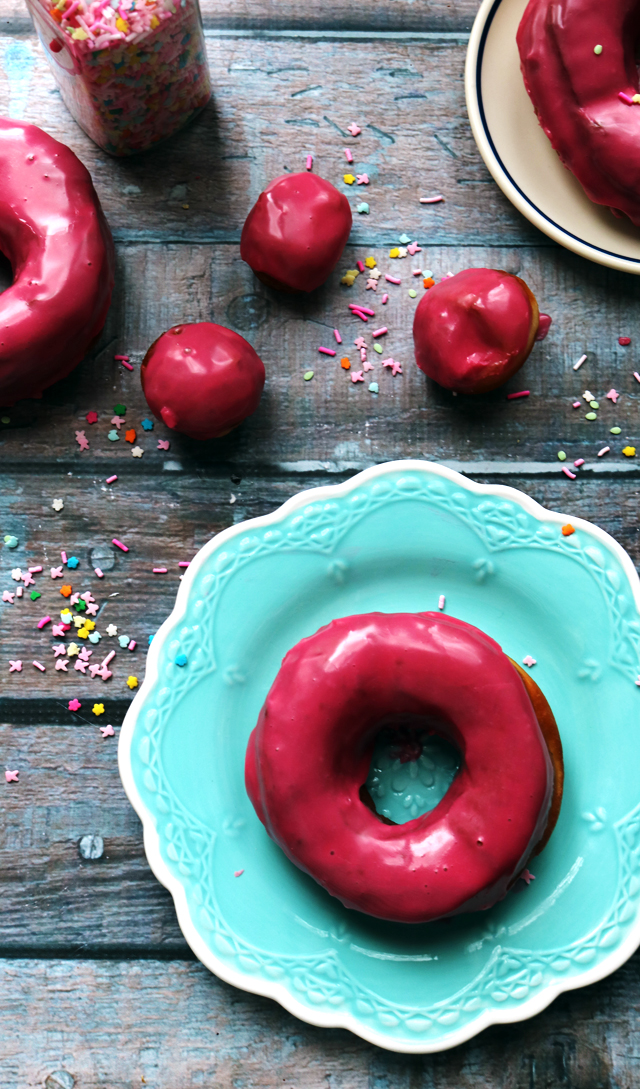 but OHMIGOSH you guys, if you’ve ever had a REALLY GOOD donut then you’ll know that DD stuff is just garbage!!!!

Or like, really high calorie air. Because even after having like 3 donuts, your craving is not even satisfied and you just feel ill, but you still kind of want to go out and find more/better donuts. 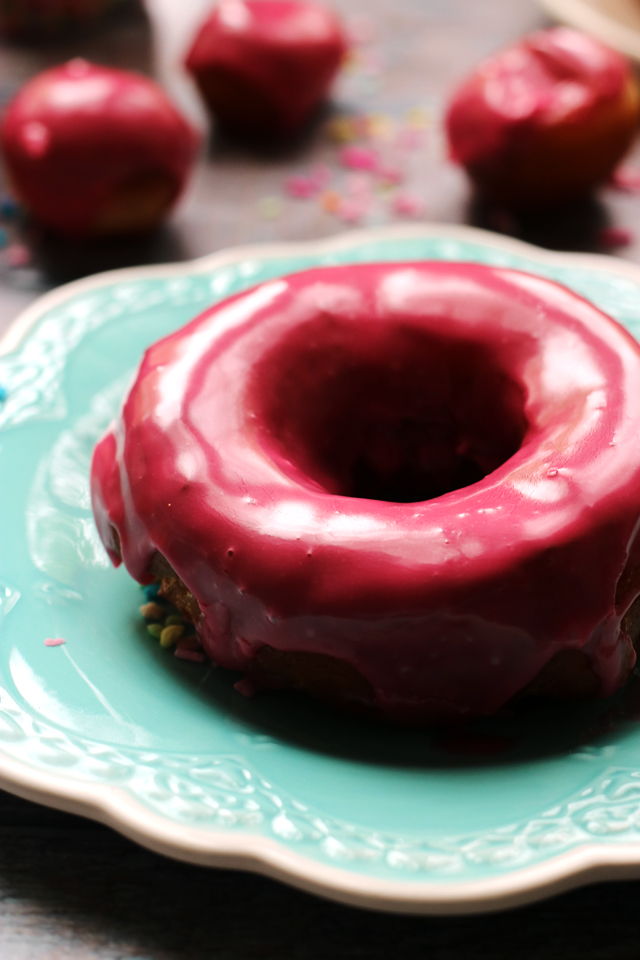 I realized recently that this is why I just couldn’t understand the current donut craze for the longest time.

IT WAS BECAUSE I HAD NEVER HAD A GOOD DONUT.

And it tastes like fried homemade yeast dough smothered in a tart tangy everything-you’ve-ever-wanted-in-a-pink-donut glaze. 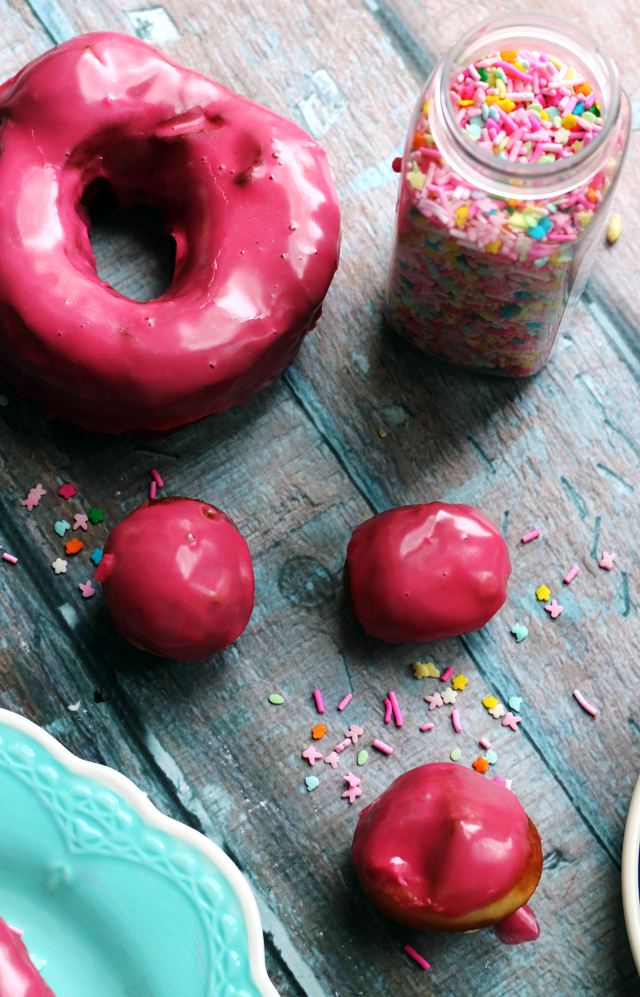 My whole donut perception was forever altered when I was home on maternity leave and would take Remy to the Whole Foods that was on our corner for a daily outing. At least a few times a week (orrrr daily. <– I admit nothing), I would grab one of the Dough Donuts as my reward for making it through another sleepless day/night with a newborn.

And maybe it was postpartum hormones. Maybe it was sleep deprivation.

Or maybe they were just. that. good.

But I swear they were some of the best things I’ve ever tasted.

They were thick and fluffy and dense and perfect. ALL AT THE SAME TIME.

And from then on, I swore to never waste calories on another subpar (cough DD cough) donut ever again. 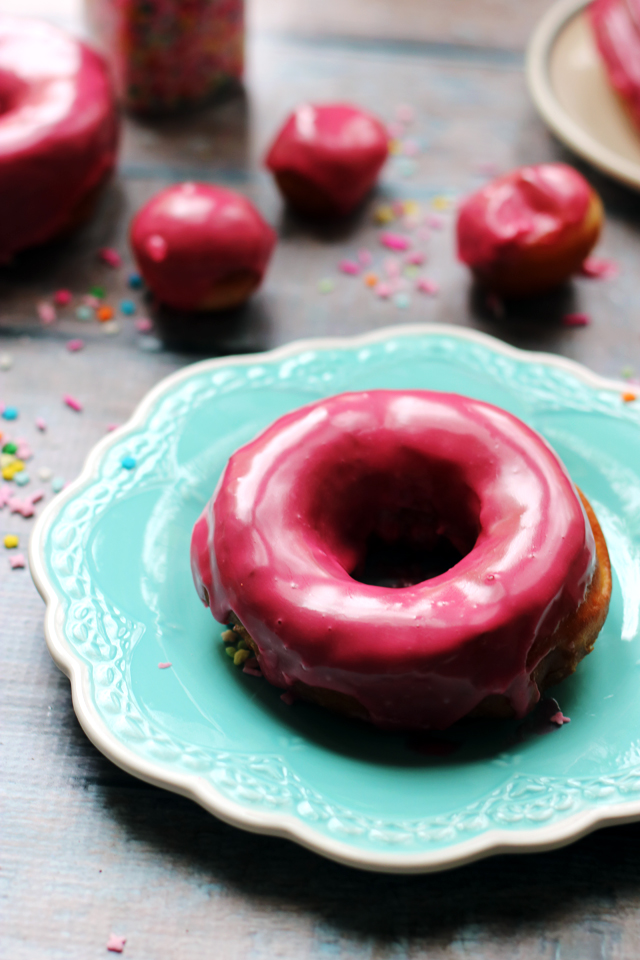 Part of me also swore to learn to make donuts that good at home. Especially since the nearest Dough-selling establishment is now like 15 blocks away –> way too far for daily donut consumption.

Dough’s hibiscus donut is arguably their most famous flavor. Probably because it’s a little out there/exotic and a LOTTA glamorous gorgeous hot pink hue.

The donut itself is just a plain yeast donut recipe. I used one from America’s Test Kitchen because they never ever fail.

To make the glaze, you’ll need to get your hands on some dried hibiscus flowers (I bought a huge bag on Amazon), but once you have them it’s just a matter of making a hibiscus concentrate (this is basically a less syrupy simple syrup) and then mixing that with powdered sugar.

Too easy. Too good.

Now, to tackle their other flavors. Dulce de leche, I’m lookin’ at you. 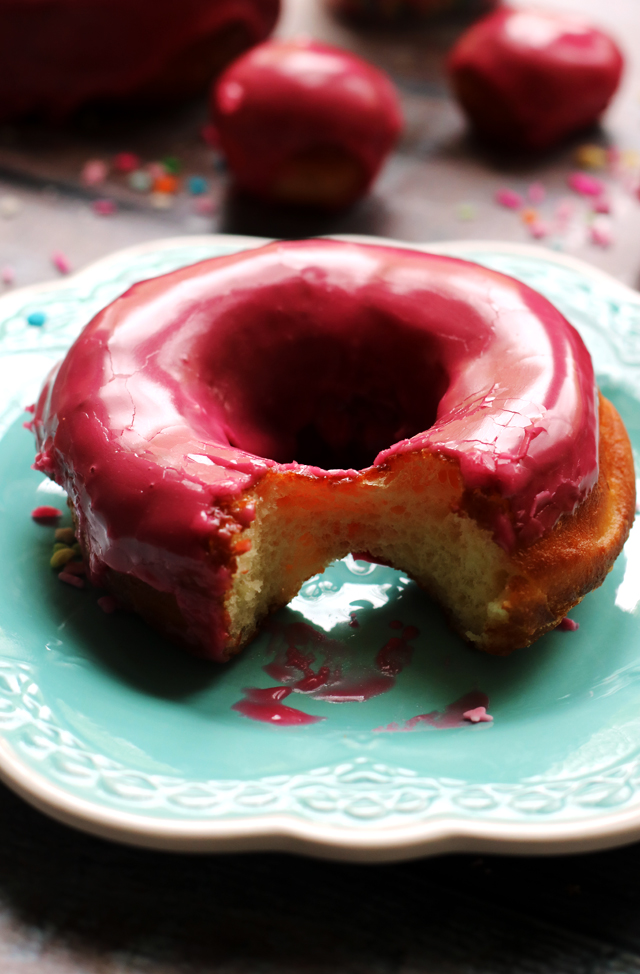