An authentic Indian eggplant potato curry is served over turmeric split pea rice and topped with a spiced yogurt soup.

My mom goals involve having saag paneer be my child’s favorite food, and guys, I’M FAILING.

Instead I have a child who eats peanut butter crackers for breakfast, French toast sticks for lunch, broccoli “flowers” for dinner and throws all of her burrito on the floor. 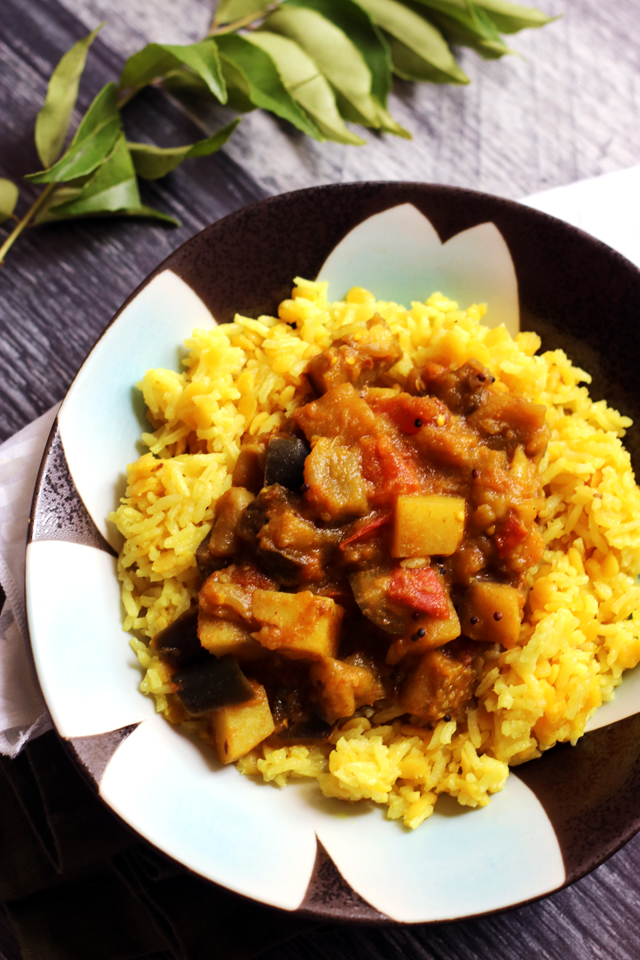 I know this is a phase (or so you all tell me), but I am hellbent on knocking some sense into that child’s taste buds and my strategy for doing so is by “forcing” myself to make three course Indian dinners on the regular.

Twist my arm, why don’tcha.

I actually don’t recollect Remy eating any of this (maybe a speck of rice?) so the joke’s on me.

Buuuuttt I got to make a three course Indian meal for dinner! And eat the leftovers!! Somehow I feel like I still won in the end.

If you are facing a similar picky taste bud plight, then get thee to a supermarket! Errr, actually you’ll probably need to hit up a specialty shop to source some of these ingredients. Or at least do a quick Amazon shop. But it’s worth it!!

Making three recipes just to sit at your dining room table and eat may seem daunting, but these actually come together fairly quickly and are pretty hands off. My favorite part was the spiced yogurt soup. I really can’t explain why, but it was something about the fresh curry leaf infusion that made it super addicting. It really was a perfect pairing with the eggplant curry. The flavors just complemented each other so well.

And, I mean, they do say that sometimes you need to introduce a kid to a food twenty times to get them to like it. Knowing what I know about Remy’s tastebuds (and stubborn personality), I foresee so much Indian food in my future…get ready. 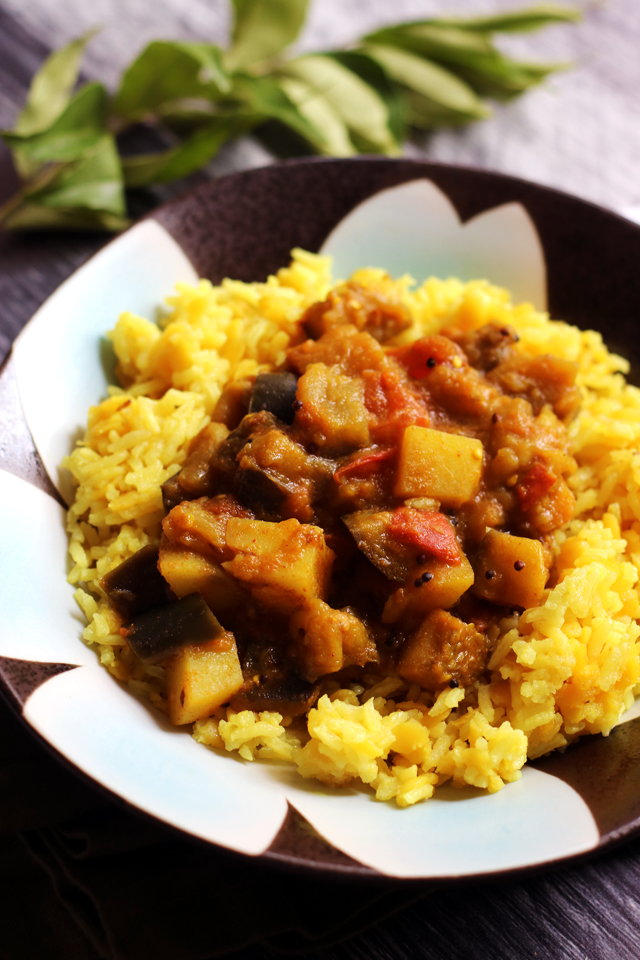