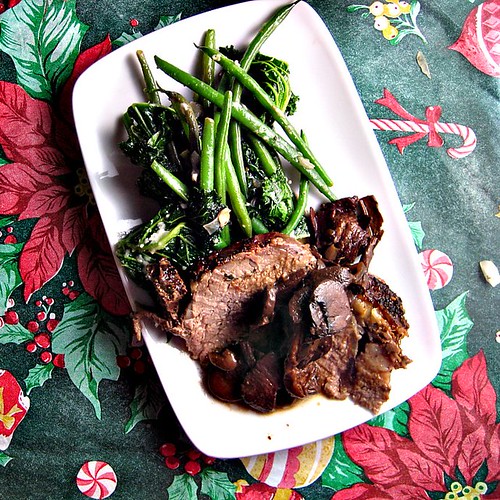 My father has a very competitive spirit.  Which is why last year, when it began to dawn on him that I might in fact be able to out-cook him with my eyes closed and both hands tied behind my back (yes, I have mastered the art of telepathic cooking.  Be afraid.  Be very afraid.), he decided to abandon the decade-long lasagna Christmas dinner tradition.  And declared that he was going to be making manicotti.

There was an outcry, of course.  But he stood his ground and insisted that tradition be thrown to the wayside just so that he could one up me.  He really is just full of Christmas spirit.

But manicotti? you say.  Really?

Yes.  Really.  You see, real traditional manicotti is made not with pasta noodles but with super thin crepe-like pancakes.  That you have to make.  By hand.  One at a time.

Which he did.  For many hours.

I’m not sure that he truly realized what he was getting himself into that first year.  But he soldiered on, crepe by crepe, exclaiming all the while that every joint in his body ached and that his knees would never be the same again and that really, he only did these things because he loved us so much.  Each time, turning to give me the evil eye.  As if I had somehow brought this upon him. 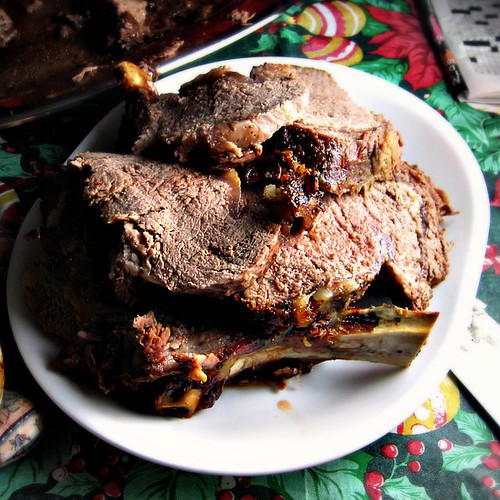 So this year. When he declared that he was going to take on manicotti again.

I realized I had to retaliate somehow.  (Especially after the stuffing debacle of 2010.  My heart, it still aches.)

I called my mother and told her in unequivocal terms that I would be cooking the meat.

Did I hear someone call for a throwdown? 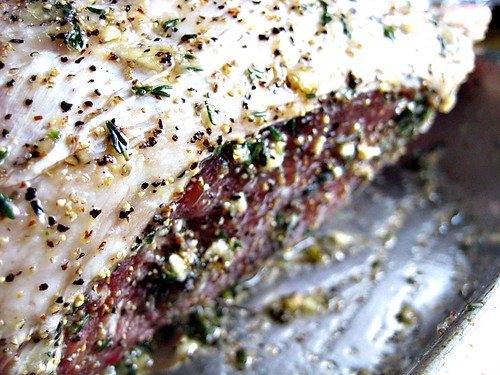 When my father heard that, especially after he was informed that rainbow cookies would be involved (and is not bribery the sincerest form of flattery?).  Well, to say that he was shaking in his boots. Is an understatement.

He was ridden with so much anxiety he took the entire week before Christmas off from work.  Sure, he said that it was because he had to use up his vacation days before the new year.  But I think we both know what was really going on. 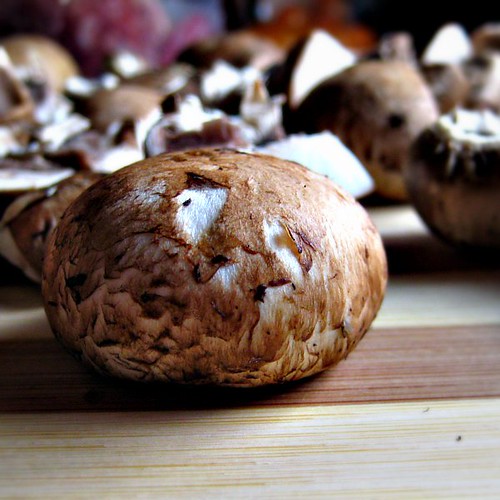 So I walked into the house on Christmas morning.  Guns ablazin’.

I roasted. I simmered.

And, in the end.  I conquered.

When I tasted the first tender succulent melt-in-your-mouth slice of beef.  I walked into the dining room where everyone was waiting to be served.  And I said.  I deliver unto you a Christmas miracle.

And after years and years of being served dry, flavorless roasts with the consistency of shoe leather.  A miracle, it was.

Even my father conceded that it was possibly the best beef he’d ever eaten.  (Although he was a bit miffed that my mother kept praising the meat instead of his manicotti.  What can I say?  All’s fair in love and war.)

Although I did hear him grumbling something about attempting to make his own ricotta next year. 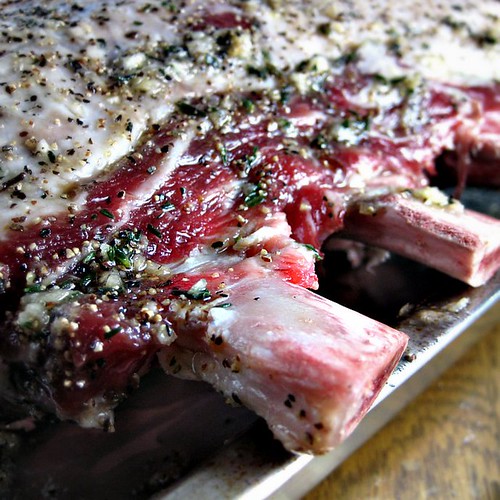 1. DO AHEAD: Puree the garlic cloves, thyme, olive oil, salt and black pepper in a food processor until it forms a paste.  Pat the roast dry.  Place roast, bone side down. in a roasting pan.  Cut several shallow slits in the fat.  Press some garlic paste into the slits.  Rub the remaining garlic paste over the roast.  Let sit, covered, in the fridge overnight.  (Or up to 3 days ahead.)

2. DAY OF: Remove roast from fridge at least 2 hours before you want to cook it, letting it come to room temperature.  Preheat the oven to 450, positioning a rack in the bottom 1/3 of the oven.  Roast the beef at 450 for 20 minutes.  Then, lower the temperature to 350 and roast until the beef reaches an internal temperature of 125-130 degrees Fahrenheit, about 1 hour 50 minutes.  Transfer to a platter, reserving the juices in the pan for the porcini and bacon sauce.

3. Let roast stand at least 20 minutes and up to 1 hour before serving.

2. Saute bacon in a large saucepan over medium heat until golden.  Add garlic and shallots and cook for 3 minutes.  Add fresh button mushrooms and saute for 8 minutes.

3. Using a slotted spoon, transfer the porcini mushrooms to the pan, RESERVING the porcini liquid.  Add the red wine.  Boil 15 minutes.  Mix in the broth.  Add the porcini liquid, leaving the sediment at the bottom behind.  Return mixture to a boil and simmer until it is reduced to 5 cups (about 1 hour 30 minutes).  Skim fat from the top.  Add rosemary.  Simmer 3 minutes.  Discard rosemary.

4. Pour the drippings from the roasting pan into the sauce, scraping the bottom to get all of the browned bits as well.  Bring to a boil.  Simmer over medium heat until reduced to two cups.  Whisk in the butter.  Season with salt and pepper.

This is my submission to I Heart Cooking Clubs and to Chaya’s Meatless Mondays!

Also, head over to Finding Joy in My Kitchen as she counts down the days to 2011 with a lot of great foodie round-ups! 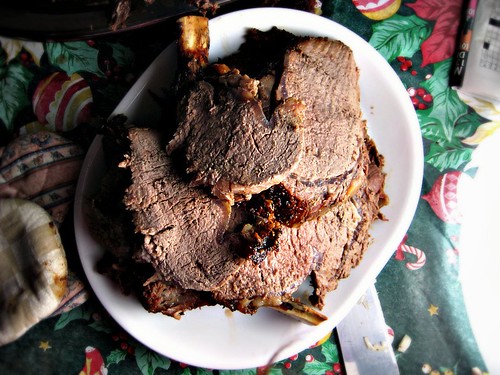