This light and refreshing lemony greek salad is loaded with whole grains, chickpeas, and lots of veggies, all with a sprinkle of feta on top!

It’s hump day and what I have to offer as we forge on through this workweek, rife with the aftermath of Snow Bomb Cyclones (???, what happened to a good old fashioned blizzard, eh?) and visions of Oprah For President posters dancing in all our heads (can 2020 be tomorrow?? please??) is a bar of dark chocolate, the Hamilton soundtrack on repeat, and the biggest bowl of this loaded lemony greek salad. 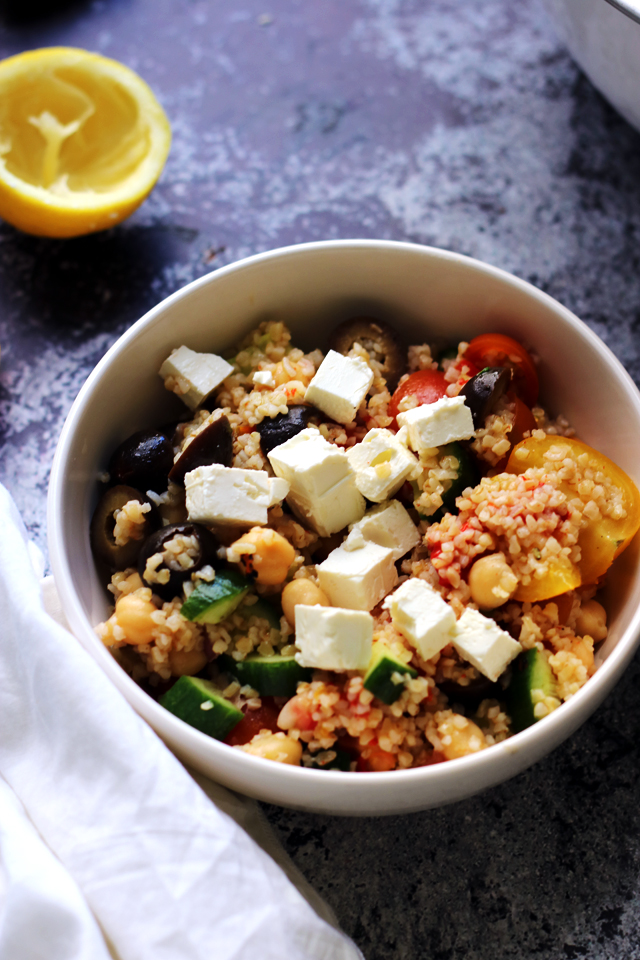 Especially when ICU life tempts me into eating everything this salad is not, I need something in my life to reel me back in.

Something craveable that is not the pan of mac and cheese currently sitting in my fridge awaiting toddler/husband consumption. 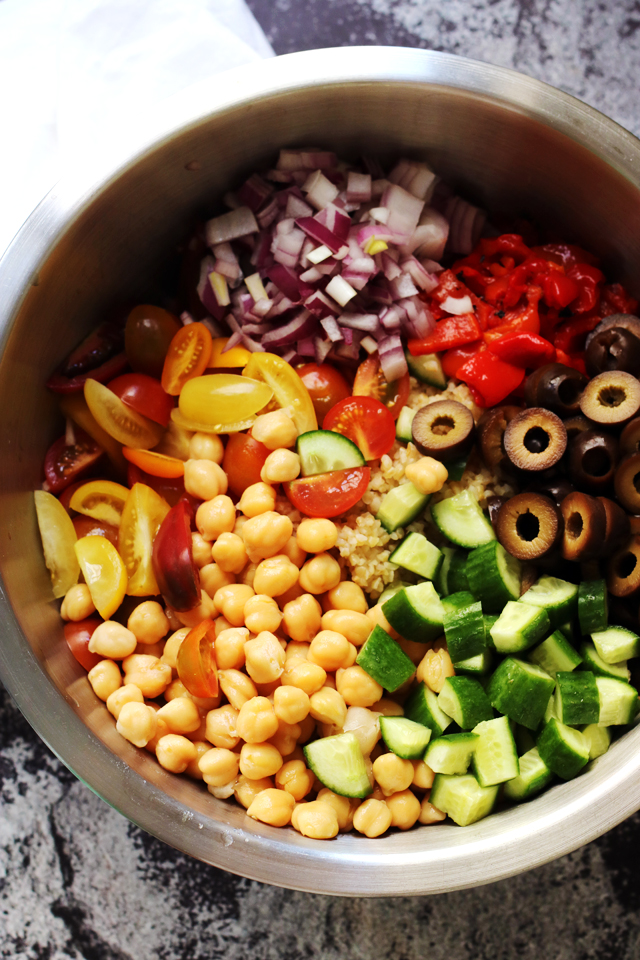 Cue this big bowl of lemony Greek goodness waving it’s hands in the air all like, “Hey! That’s me! Here!!!!! In the back!!” 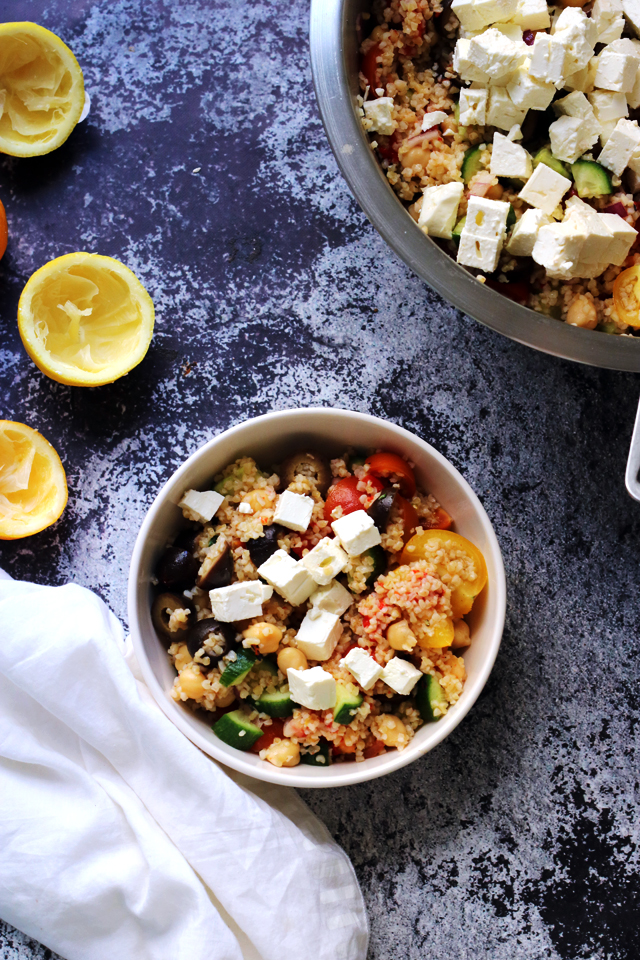 It’s comprised of all the goodies that they usually charge extra for at the salad bar (olives! feta! roasted red peppers!) aaaaannnnddd because it doesn’t have any greens, it can sit in the fridge for days without getting all limp and lifeless. I swear it even gets better with time as the lemony dressing soaks into all the veggies and grains, making them somehow brighter and happier. 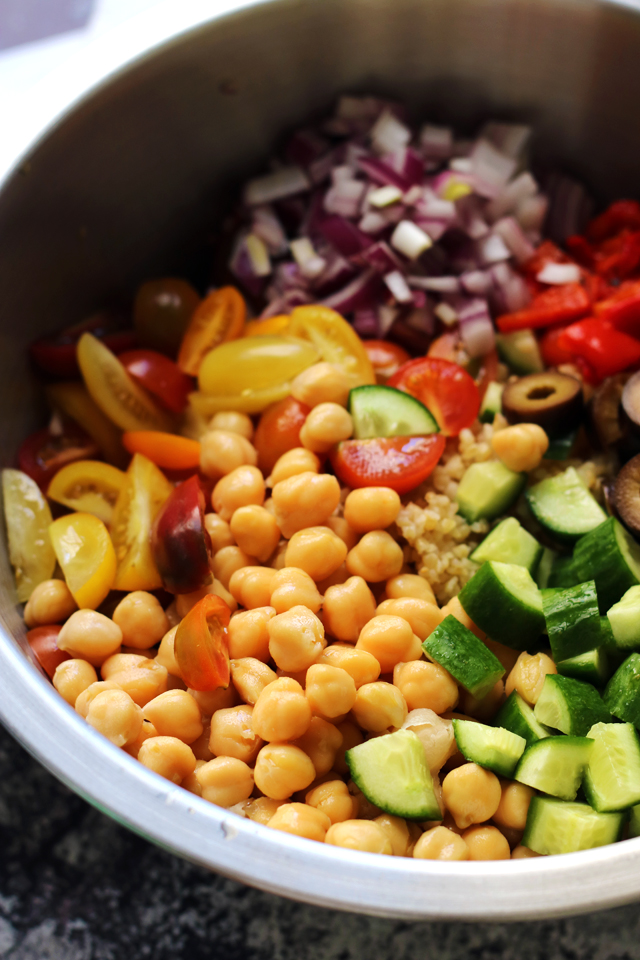 Basically it’s a meal prep miracle, perfect for making ahead lunch for the week or weekday family dinners.

My #lifegoalz involve having a bowl prepped in my fridge at all times for those dire moments when the mac and cheese cravings start to feel too real and I need something to shut them down before they even start. So far, so good. 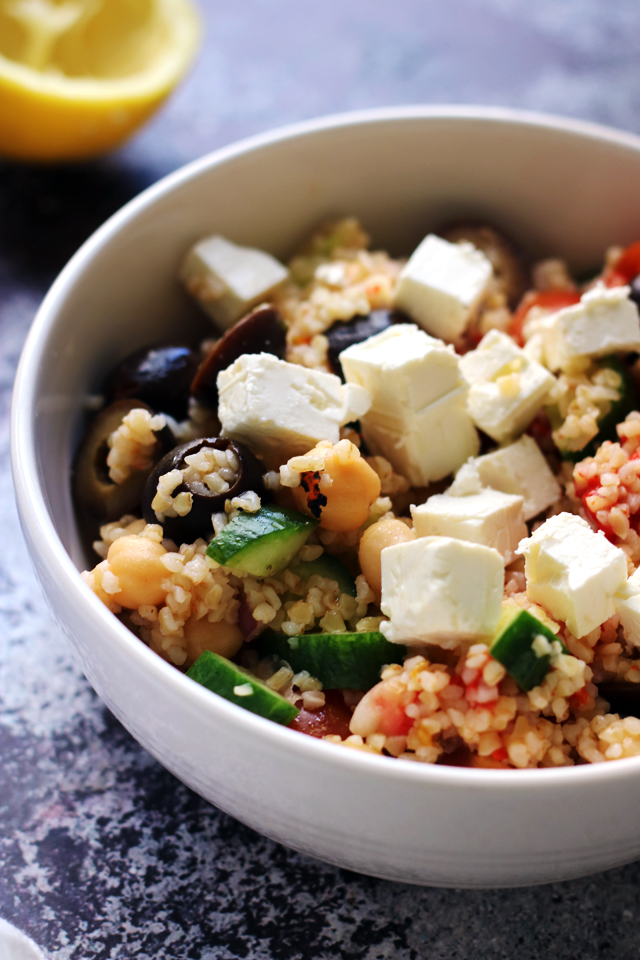 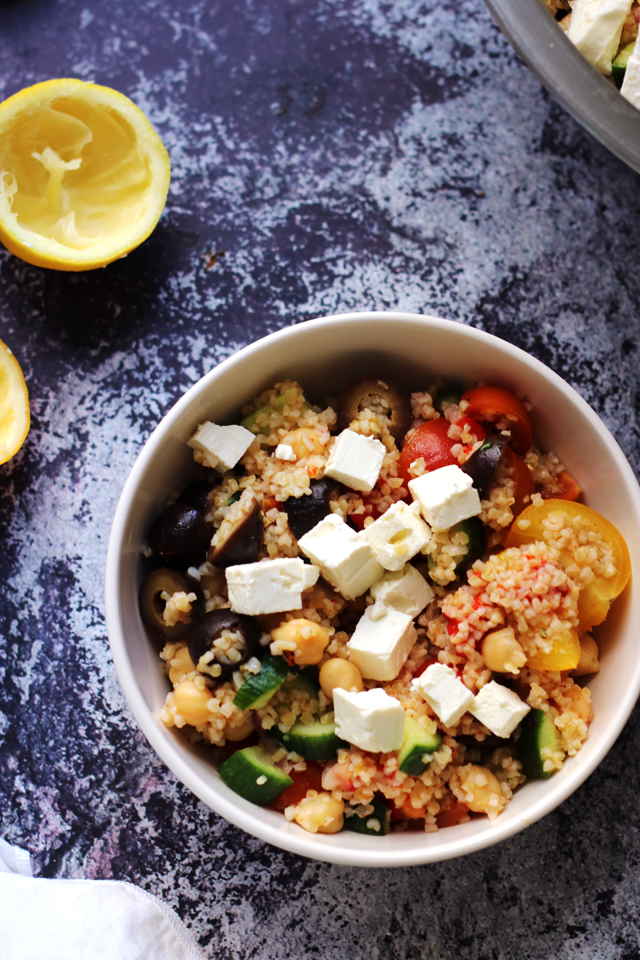 Print
This light and refreshing lemony greek salad is loaded with whole grains, chickpeas, and lots of veggies, all with a sprinkle of feta on top!
Yield: 4-6 servings
Ingredients
Instructions
Notes
An Eats Well With Others Original
3.5.3208