A brown butter caramel pumpkin pie that is perfect to get you in the fall spirit. A sultry, sweet, and lightly spiced pumpkin filling is baked into a flaky all-butter crust – it’s a pie to remember!

It’s only the first week of October and ALREADY The Thanksgiving Negotiations have begun.

If you’re married or in a committed relationship, then you know what that means:

A lot of bickering.

A lot of bargaining.

A lot of “I guess we can go to your mother’s on Thanksgiving but only if we see my mother on Christmas”.

Some may call it “compromise” but when your ultimate goal in life is to host both/all holidays and no one will let you because they actually want to eat Turkey on Turkey Day (like, seriously…WTF. I thought we all mutually agreed the sides were the best part of Thanksgiving?!?!?)….well. That means war. 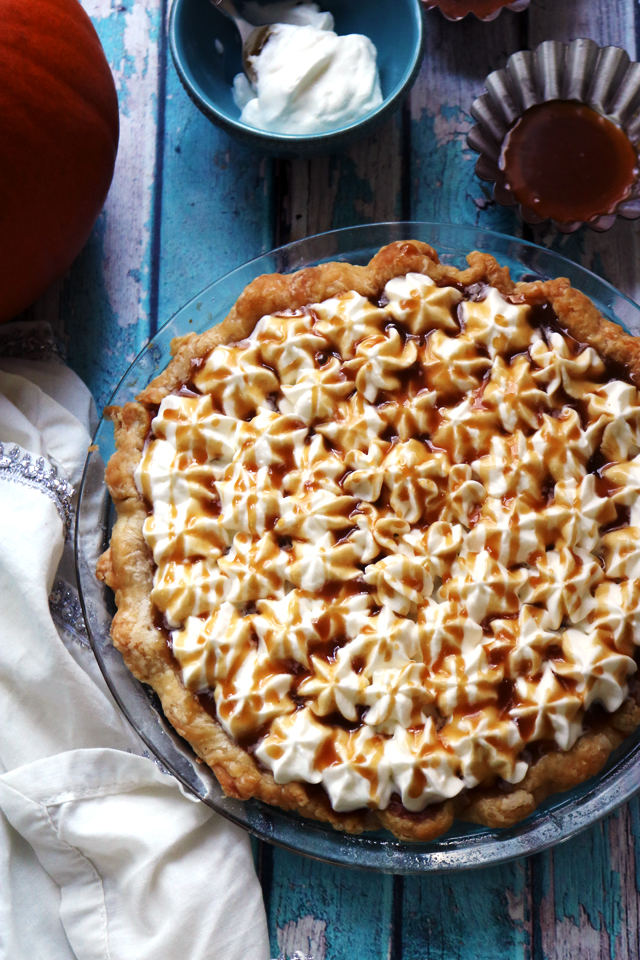 Okay, maybe war is a little too extreme.

Mostly it means that you  bake your best brown butter caramel pumpkin pie and give some serious side-eye to anyone who tries to bring a storebought pie within twenty feet of your person. Look, I don’t care where you bought that pie from….it probably wasn’t made from love, sweat, tears, brown butter, or homemade salted caramel.

It also probably doesn’t have an all butter flaky AF crust.

And did I mention the BROWN BUTTER and SALTED CARAMEL and PUMPKIN. 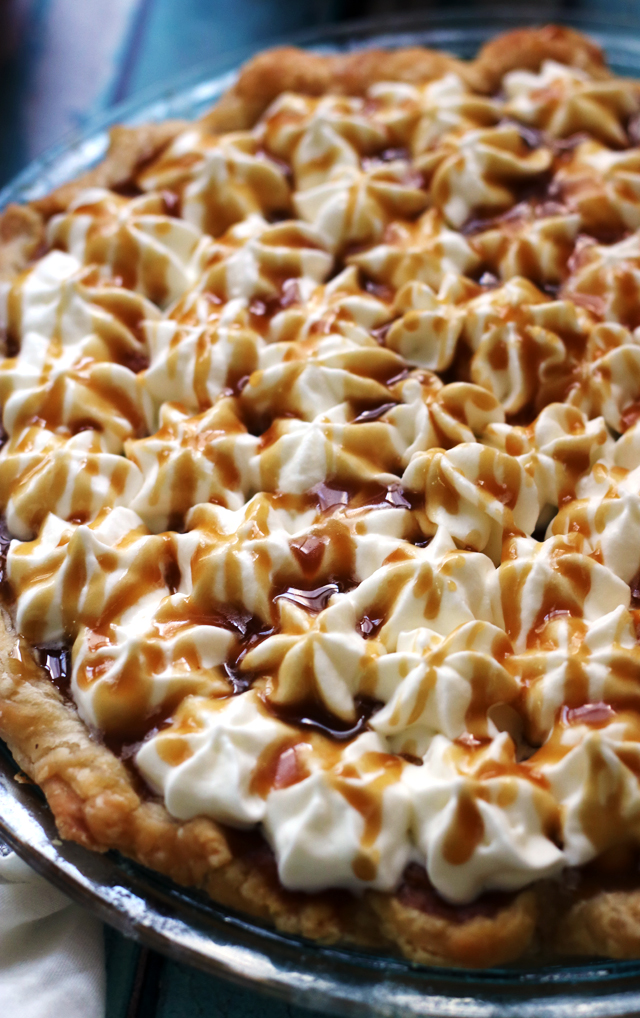 It may not be a pie war.

(But if it were, we would totally win.) 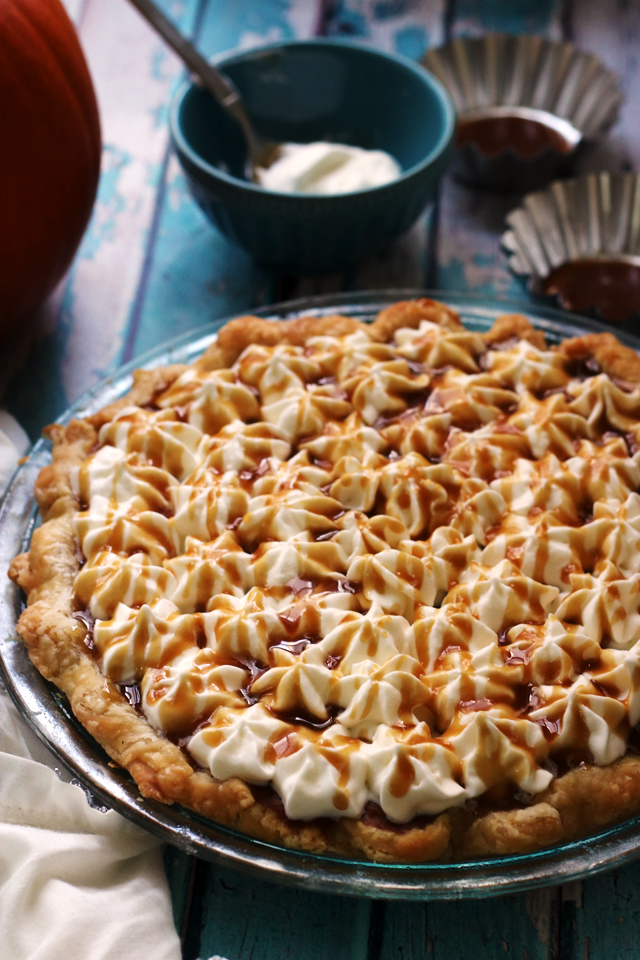