Roasted Cauliflower and Farro Salad with Pistachios and Pomegranate

A hearty fall roasted cauliflower and farro salad with pistachios and pomegranate. Every bite features a diverse mix of flavors and textures that will keep you intrigued so you’ll just keep coming back for more.

A few weeks ago I was smacked in the face (literally if you count how often I get kicked by a certain toddler at night) with the realization that we’ve been eating a lot of white rice and way not enough whole grains. It came when I placed a plate with either quinoa or farro or brown rice in front of Remy and she screamed “NOOOOOOOO!!! I want REAL rice” (ie white rice).

OMG that kid is too much. But also, I’ve created a monster. 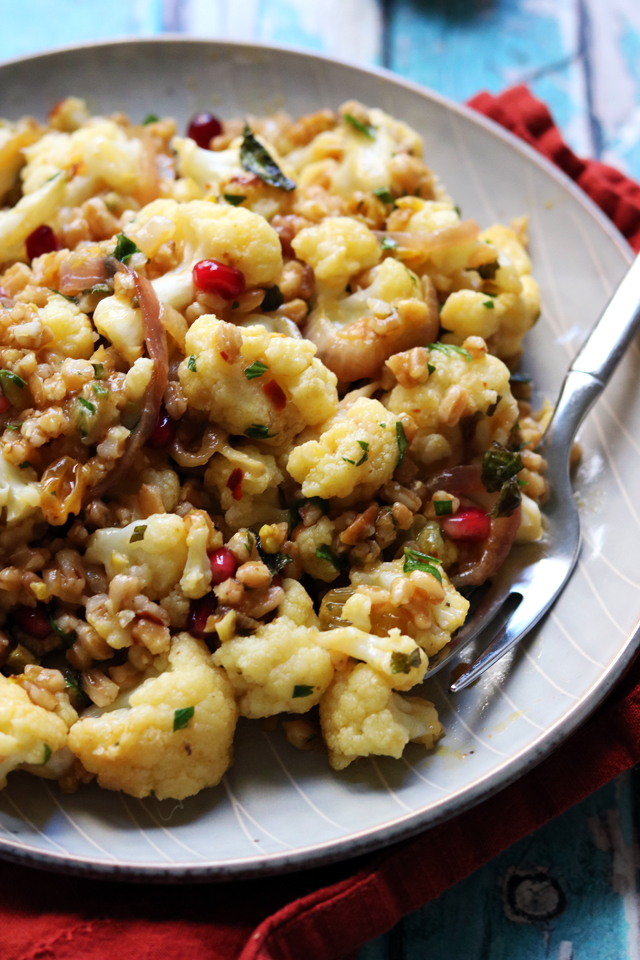 After that I’ve been making a real effort to include more whole grains in our meals. We had a freekeh dish this past weekend (which Remy didn’t eat, but at least she looked at it! haha) and I’ve been making more grain salads with things like farro or spelt berries. It’s all about the exposure even if she refuses to try them.

Farro is probably my favorite for things like grain salads or grain bowls. It has an awesome texture like wheat berries or spelt berries but it cooks up in a third of the time (about 20 minutes). And unlike quinoa, which can really soak up a dressing and become soggy, it maintains its chew even after being mixed together with other salad components.

This salad is particularly perfect for fall. It’s from the A Girl and Her Greens cookbook and combines roasted cauliflower with lightly caramelized onions, juicy pomegranate seeds, and toasted pistachios. Each bite is a fresh mix of flavors and textures so you can’t possibly get bored while eating it. The dressing is a simple lemon and olive oil vinaigrette that really lets the flavors of the veggies, herbs, and mix-ins shine. Also, it makes a massive amount that you can eat for lunches or dinners all week long! 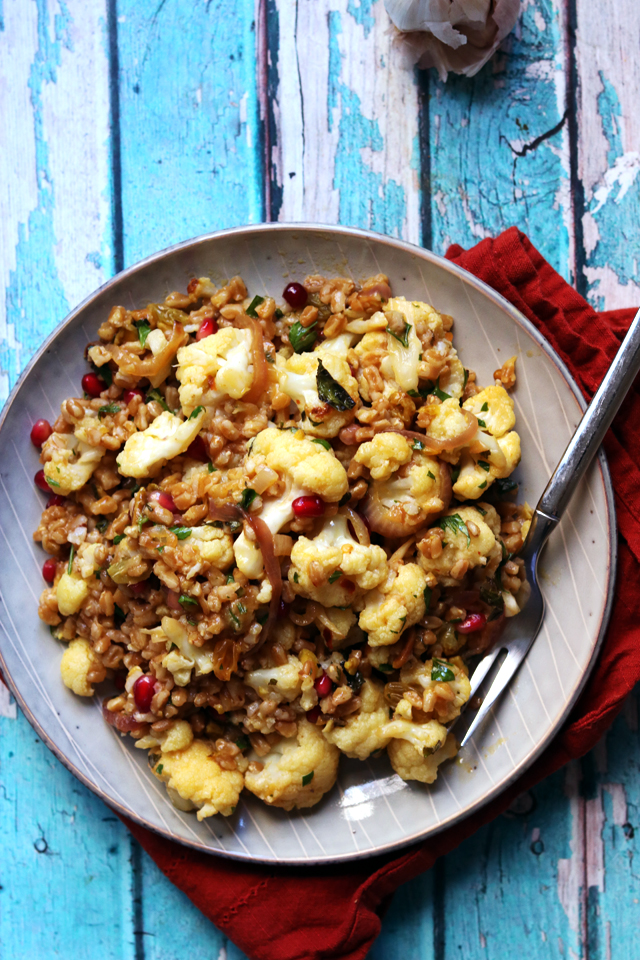 Roasted Cauliflower and Farro Salad with Pistachios and Pomegranate 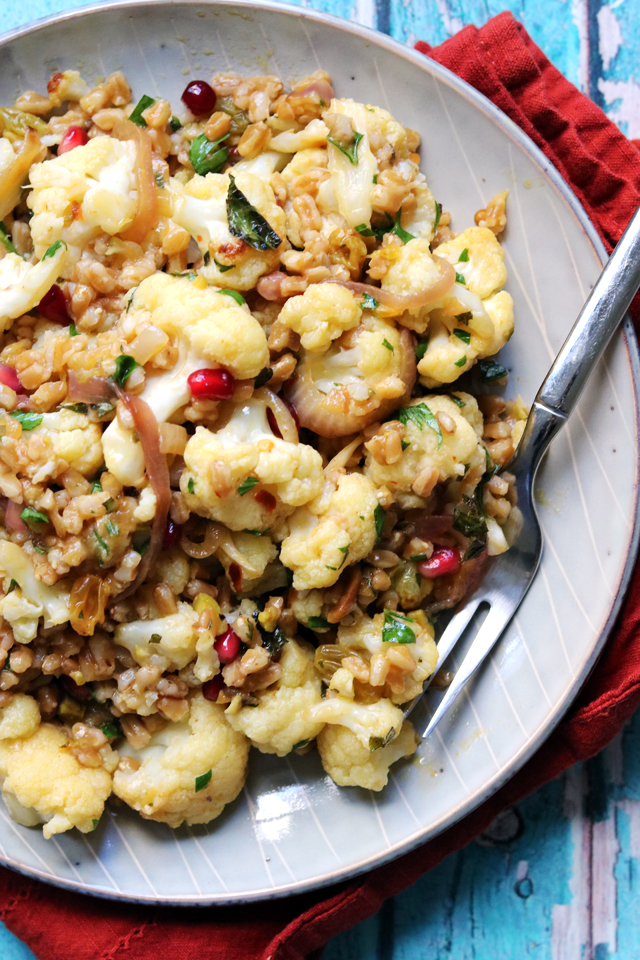 Print
A hearty fall roasted cauliflower and farro salad with pistachios and pomegranate. Every bite features a diverse mix of flavors and textures that will keep you intrigued so you'll just keep coming back for me.
Yield: 4-6 servings
Ingredients
Instructions
Notes
Recipe from A Girl and Her Greens
3.5.3208