Ottolenghi calls this a “surprise” tatin and I’m not exactly sure what he meant by that.

“Surprise” because it’s so impossibly delicious that you can’t even imagine how much so until you taste it?

“Surprise” to your self-restraint if you’re able to not eat it all in one sitting? 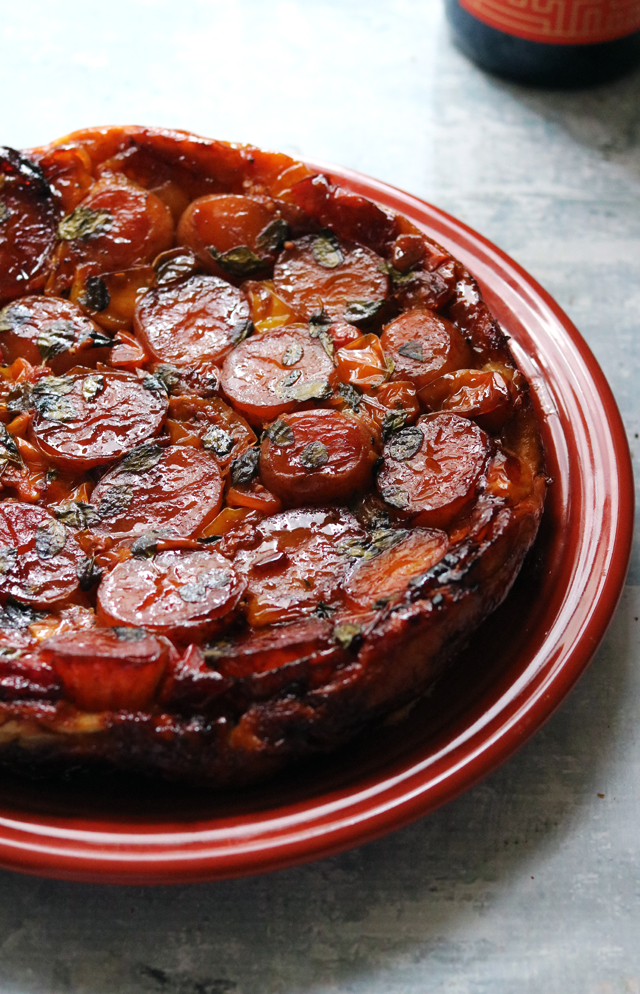 For us, it was definitely the latter two. As I’ve been cooking my way through Plenty, if I’m being completely honest (and when am I not), most of the recipe have been good, a handful have been really not, and a handful have been truly extraordinary. It hasn’t been so difficult to guess at which we’ll love and which we won’t, but there have been a few surprises in the mix.

Going into it, I really didn’t know what to expect from this tatin, in part because the recipe name was really not descriptive at all (“surprise tatin” doesn’t exactly give anything away) but also because I’ve never had a tatin before – sweet or savory!

Well this may have been my first, but it won’t be my last.

A tatin is a French pastry that is kind of a fancified version of the upside down cake. Basically, you start with a bottom layer of caramel, top it with fruit or vegetables, and then pop a puffy pastry lid over the top. Bake it until the produce is impossibly tender and the puff pastry lid is cooked through. Then, flip it over so that your caramelized layer is now on the top. As I’ve said earlier, most tatins are made with fruit like apples or peaches, but this recipe takes a sweet and savory approach with a mixture of baby potatoes, cherry tomatoes, and caramelized onions. There’s also a layer of hard goat cheese in there for good measure.

In the end, it is sweet, savory, and absolutely sumptuous. Good luck stopping at just one slice. 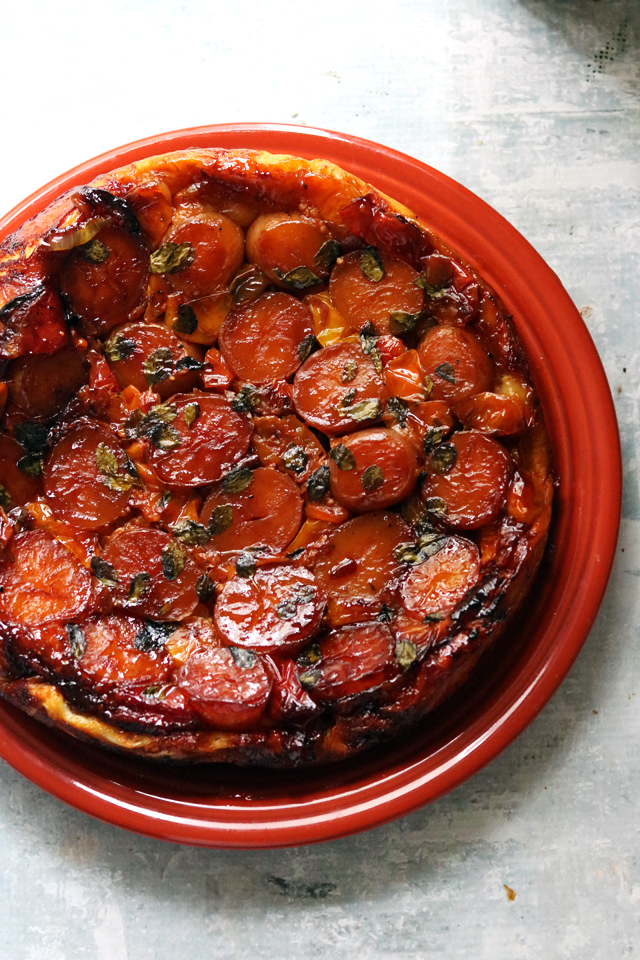 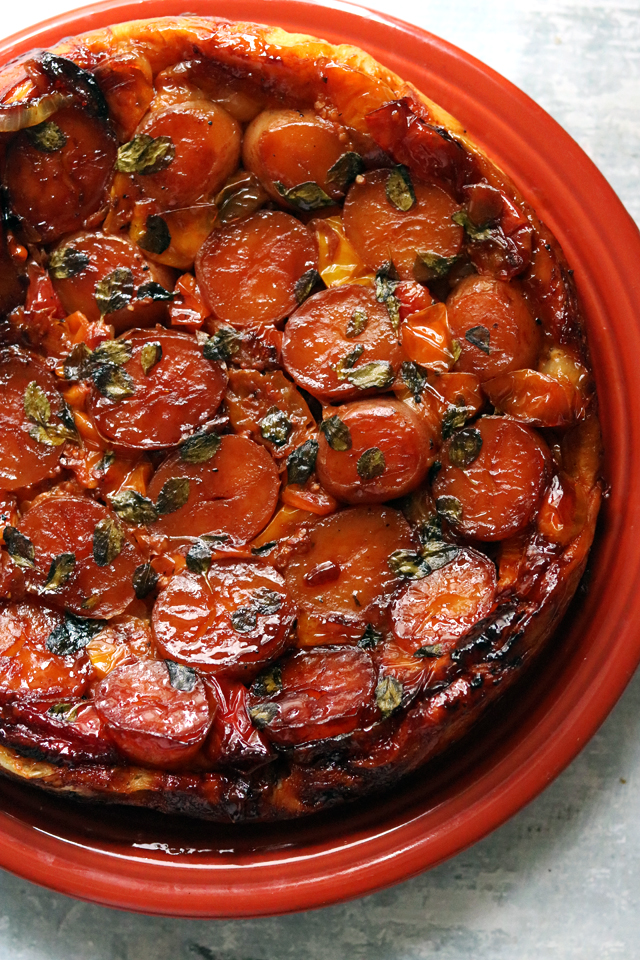