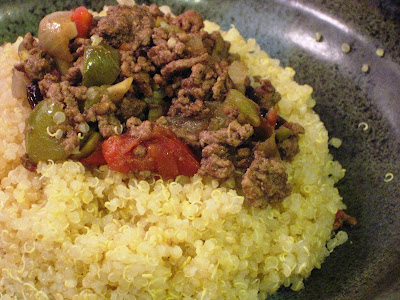 I’ve always wanted to be a jet setter. Traveling the world in style, eating exotic foods in exotic places, mingling with the rich and famous. Doesn’t sound like such a bad life.

But really, I would settle for “traveling the world”. With or without the style. Give me a Motel Six or a hostel on a small street in a small town in Europe and I would be quite content. Give me a beautiful European man to keep me company in the aforesaid living situation. And I would be ecstatic. Sure, maybe we would only be able to communicate through sidelong glances and sweet caresses. But I would be up for the challenge. One should never underestimate the power of body language. 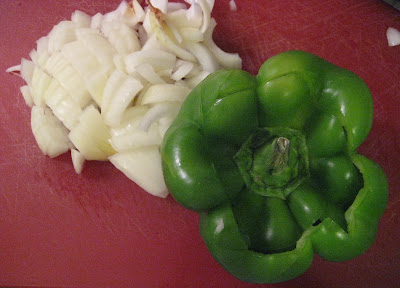 Alas, it doesn’t seem like any of this debauchery is in store for me in the near future. So I will have to settle for cooking my way around the world with Regional Recipes. Which, all things considered, is not such a bad compromise. I get the food minus the possibility of having my heart broken by a dashing Frenchman who claims to be a duke once removed and is actually a mere window washer. Not that I have anything against window washers, but my general life plan is either to marry into wealth or to marry someone with a college education. The two, of course, not being mutually exclusive. 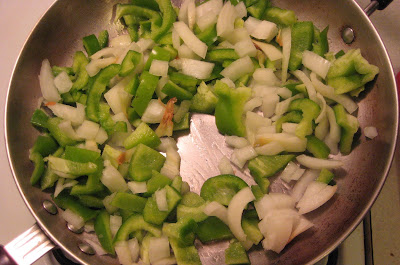 Really, I crack myself up sometimes.

But seriously, I do love Regional Recipes as an alternative to traveling the globe.

Next stop on our whirlwind tour: Cuba. You may have heard of it – it’s a small country just south of Florida which I, being an American citizen, am forbidden to enter.

And while they may be able to prevent me from actually visiting Cuba, no one – not even the American government – can stop me from eating it’s food. Which is a good thing because it is one of my favorites. I actually just adore all Latin American cuisine. Something about the tropical flavors and the fresh, bright spices and seasonings.

Picadillo is a traditional dish made in many Latin American countries. Generally, it is made with ground beef and tomatoes, and can have a variety of other ingredients depending on which country you are in. Cubans, for example, tend to infuse theirs with green peppers, green olives, and raisins. And, of course, garlic. One should never forget about the garlic. I think what really drew me to this, though, was the cinnamon. I have this thing for meat recipes that call for cinnamon. It’s inexplicable.

But good rule of thumb – if you want me to like a dish, just throw in some cinnamon. 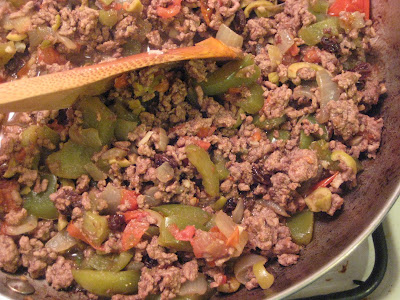 Picadillo
Serves 4, adapted from the Three Guys From Miami website

1. Saute the onion and green pepper for 5 minutes or until the onion is soft. Add the garlic and ground beef.

2. Mash the onion and bell pepper into the sauteing meat. Cook until the meat is browned, about 5 minutes.

3. Add the tomatoes and spices. Reduce the heat to low, cover, and simmer for 15 minutes.

4. Add the olives and raisins and simmer for 5 minutes longer. Add salt and pepper to taste.

I served this with quinoa. I originally intended to have plantains with it but, of course, the one day I want plantains is the day that Whole Foods AND my local supermarket decide not to stock them. Next week they will probably be on sale for 10 cents a plantain. But isn’t that how it always goes?

I am submitting this to Regional Recipes, which is being hosted by Darlene of Blazing Hot Wok. 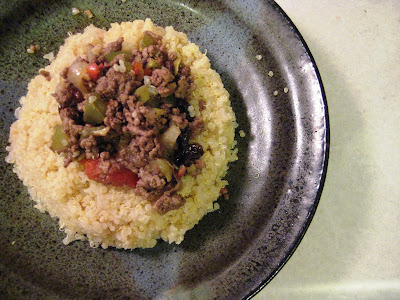