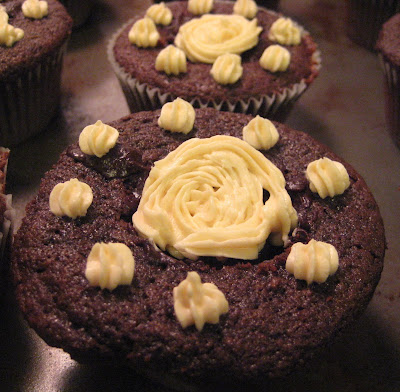 Sophie and I walk in and the bartender knows us by name.

“Hey girls, what can I get ya,” Pete says in his sprawling Irish accent (still as endearing as it was the first day I met him, mind you), leaning across the bar to kiss us on the cheek. We’ve known him for a little over six months now. And I still get butterflies in my stomach every time he does this. (Can you really help but be slightly in love with the guy who provides you with beer and karaoke on Thursday nights? Never mind that he is mid-thirties. Married. With a child. Whose picture he enthusiastically shows you upon request. The answer is no. You can’t.)

The bar is small, but homey. An Irish version of Cheers where the regulars are a mix of Pete’s friends from back home (Ireland, not Queens. Don’t look at me like that. If there was a bar located across the street from your apartment building, you would know the bartender’s name, age, social security number, and street address as well. I am not a psychopathic stalker, I swear.) and us. The students who make up the Tri-Instutional medical and graduate schools. An unlikely mix, but it works somehow.

It was 7pm on a Monday night, however, and (though I wouldn’t put it past us to start drinking that early on a weekday) debauchery was not on the menu for the evening. No. We had come on business.

The game plan: sweet talk Pete into letting me hold a happy hour at For Pete’s Sake to raise money for my marathon.

As it turned out, it didn’t take much coercion. The conversation went something like this.

Sophie: So Joanne is running a marathon with the Leukemia and Lymphoma Society and we were wondering if she could have a happy hour here on Thursday (karaoke night!) to raise money?

Pete: Anything for you ladies. Whenever you want, however long you want it be. We can make it work. Now let’s have a drink to celebrate.

How can you not be totally enamored with someone like that?

**The fundraiser of which I speak took place this summer when I was raising $4,000 to run the Nike Women’s San Francisco Marathon with Team in Training (October 18, 2009). 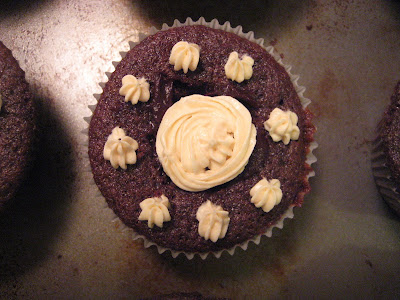 And that was how I had my first Irish car bomb.

While the name is vaguely politically incorrect (I take no credit or responsibility for it. Don’t kill the messenger.) the drink is not. At all. In any way.

Basically how it works is that a shot glass is filled with a mix of Bailey’s Irish Cream and Jameson’s whiskey. Which the drinker then drops into a glass that is three quarters full of Guinness. And chugs as quickly as possible before the Bailey’s begins to curdle. 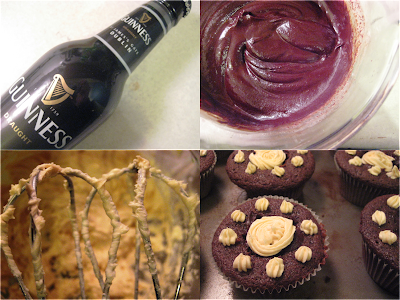 However, one cannot be a hedonist every day of one’s life. And certainly not when one is supposed to be committing to memory the fact that the spinalis, longissimus, and iliocostalis muscles are located below the latissumus dorsi in the back. Or when one is responsible for wielding a scalpel at 8AM the next morning.

So I was quite thankful when I stumbled upon this recipe over at Smitten Kitchen (as, I’m sure, were my anatomy partners).

Perhaps the most complicated cupcake I have ever made (and my first buttercream!). But also, according to all of my taste testers. The best.

We are talking bakery worthy here.

So while I know we are all supposed to be eating healthier for the new year. I am going to have to tempt you with these. You can save them for St. Patrick’s day if you wish, when all thoughts of New Years Resolutions are but distant and hazy memories. But I wouldn’t recommend waiting that long. They are just too damn good. 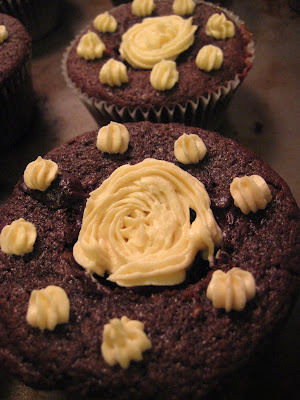 Whisk flour, sugar, baking soda, and 3/4 teaspoon salt in large bowl to blend. Using electric mixer, beat eggs and sour cream in another large bowl to blend. Add stout-chocolate mixture to egg mixture and beat just to combine. Add flour mixture and beat briefly on slow speed. Using rubber spatula, fold batter until completely combined. Divide batter among cupcake liners, filling them 2/3 to 3/4 of the way. Bake cake until tester inserted into center comes out clean, rotating them once front to back if your oven bakes unevenly, about 17 minutes. Cool cupcakes on a rack completely.

Chop the chocolate and transfer it to a heatproof bowl. Heat the cream until simmering and pour it over the chocolate. Let it sit for one minute and then stir until smooth. (If this has not sufficiently melted the chocolate, you can return it to a double-boiler to gently melt what remains. 20 seconds in the microwave, watching carefully, will also work.) Add the butter and whiskey and stir until combined.

Let the ganache cool until thick but still soft enough to be piped (the fridge will speed this along but you must stir it every 10 minutes). Cut the centers out of the cupcakes. You want to go most of the way down the cupcake but not cut through the bottom — aim for 2/3 of the way. I just used a knife to cut the outline of the holes and then scooped the little pieces out with a spoon. They were about an inch in diameter. Deb says you can use an apple corer or a 1-inch cookie cutter. But I had neither. It worked out fine. Either pipe the ganache into the holes or plop it in with spoon. Guess which one I did.

3 to 4 cups confections sugar (I think I used somewhere between 2 and 3 cups)
1 stick (1/2 cup or 4 ounces) unsalted butter, at room temperatue
4 tablespoons Baileys

Whip the butter in the bowl of an electric mixer, or with a hand mixer, for several minutes. You want to get it very light and fluffy. Slowly add the powdered sugar, a few tablespoons at a time.

[This is a fantastic trick I picked up while working on the cupcakes article for Martha Stewart Living; the test kitchen chefs had found that when they added the sugar slowly, quick buttercream frostings got less grainy, and tended to require less sugar to thicken them up.]

When the frosting looks thick enough to spread, drizzle in the Baileys (or milk) and whip it until combined. If this has made the frosting too thin (it shouldn’t, but just in case) beat in another spoonful or two of powdered sugar.

Ice and decorate the cupcakes.