Spaghetti with Artichoke Hearts and Tomatoes 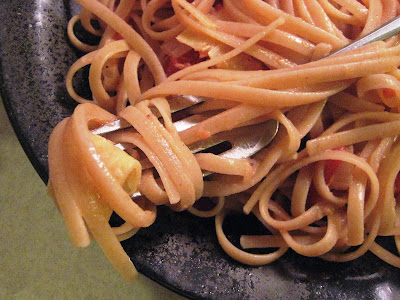 Someone. If you get my drift.

His name. Is Howard.

He’s a great guy, as far as I can tell. (I mean, in the words of Charlotte York, “How well do we ever know the men we sleep with?” So he’s great. For now. Until he’s not. NOTE – No more pessimism. He’s great. End of story.)

We spend the perfect amount of time together – not too much, but not too little either. I don’t feel smothered at all. Which is important. I’ve found that the older I get, the more easily suffocated I am. Space is key.

He’s older. Not sure by how much. But definitely older. I’m sure it will come up at some point. I’ll keep you posted. 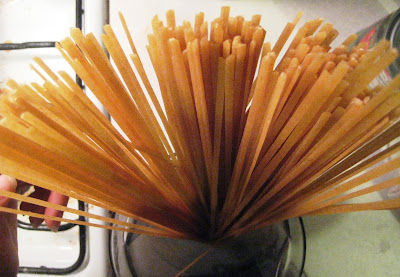 Let’s see, what else can I tell you…

I should also mention that he’s dead. Lower GI bleed. About 6 months ago. 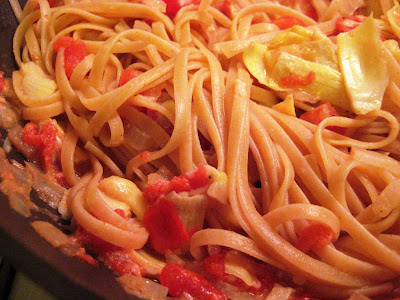 Now before you have me committed, I should say that I have not become a nymphomaniac. Not even the complete dearth of of male prospects in my life could lead me to such a thing. (But just give me a few years. I’ll be roaming the graveyards. Unabashedly.)

So what in God’s name am I talking about?

Not that I don’t like it. I just haven’t felt…what’s the word…challenged? Stimulated? (And what is life without stimulation? Donna knows what I’m talking about.) I mean, after MIT, I was used to mindblowingly hard tests. That really made you think. I love thinking. Especially about science. (I may have fooled you up until this point, but when it comes down to it I am actually something of a nerd. Such is life. I am who I am. Deal with it.)

Instead, what I have been forced to do is regurgitate facts. No thinking required, necessary, or even recommended. In fact, the exams are worded such that the more you think, the less likely it is that you will get the right answer.

Thankfully, though, anatomy promises to be an entirely different beast. It is hands-on. And while there is a lot of memorization, there is also a lot of analysis and synthesis of information that needs to occur. (If I put my scalpel here, which muscle will I impale? And what blood vessel in the near vicinity will I be at risk of severing? Which movements will be restricted in this individual should I cut the muscle all the way through, thereby rendering it nonfuncitonal? All very important questions.)

The only problem. Is that human muscle. Looks kind of like turkey. Dark meat. To be precise.

So I need a break. From meat-eating. At least for a few days. Until I get used to the smell of formaldehyde and the sight of guts splayed everywhere. 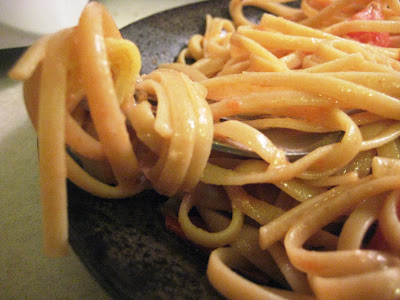 Pioneer Woman to the rescue! (As usual.) This pasta dish, filled with some artichokes, tomatoes, and a delicious pink sauce was fantastic. And utterly comforting after spending many hours in the cold recesses of Weill Cornell’s anatomy lab. In a room filled with cadavers.

Spaghetti with Artichoke Hearts and Tomatoes
Serves 3, adapted from the Pioneer Woman

2. Melt olive oil and butter in a large skillet. Dice the onion and garlic. Saute the onion for 2-3 minutes. Then add in the garlic for a minute.

3. Add the artichoke hearts and tomatoes. Let simmer for 8-10 minutes. Reduce heat to low. Add in cream (or milk and half and half) and broth. Add salt and pepper to taste. Add nutmeg. Cook over low heat until heated through. Stir in the parmesan. Mix with pasta. 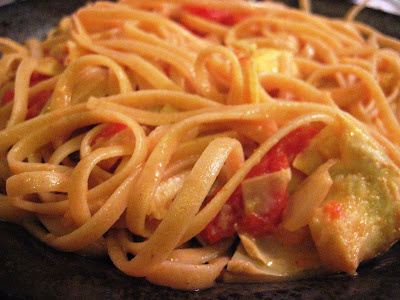 66 Responses to Spaghetti with Artichoke Hearts and Tomatoes