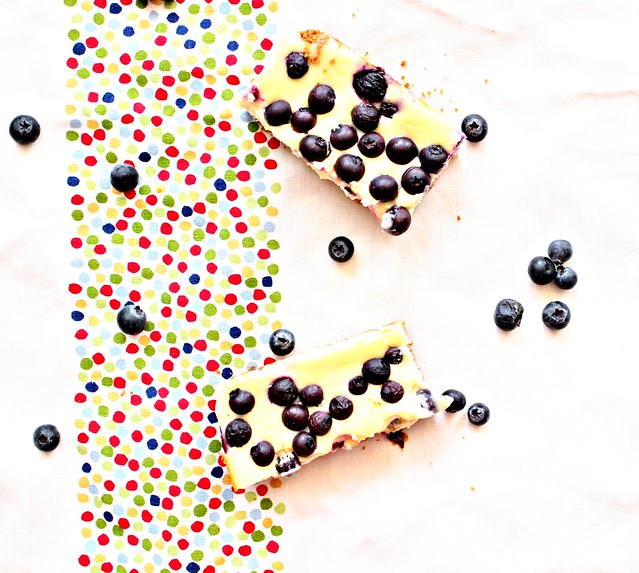 Bad things are brewing in my kitchen.
I have three pounds of Callebaut chocolate sitting (hiding) in my purse.  Three trays of brownies to bake for two bake sales.  (Yes, my brownies are going to be at the National Food Bloggers Bake Sale NYC!  So what time will you be stopping by?)
My hair is in some kind of bun/ponytail that I apparently attempted to master whilst sleeping.  Mastery in REM is not  my forte.  For the record.  No, I’m probably not going to take it out before I leave my apartment.  It has a look to it.  Not the kind of look that will get me married or even a first date.  But a look nonetheless. 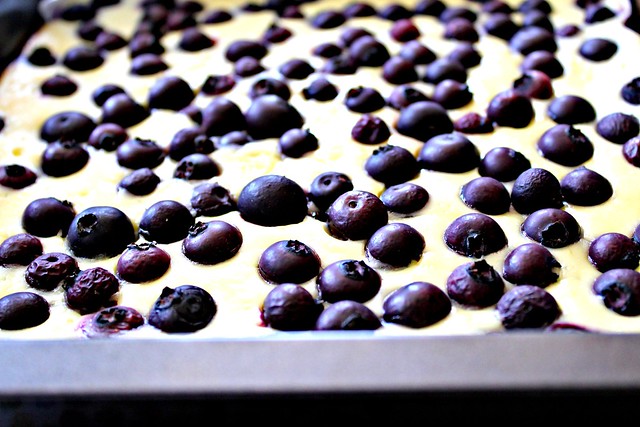 And instead of tackling those brownies or making myself look a person who is not on hallucinogenic drugs.  I woke up yesterday and was struck by the notion that blueberries exist in this world.
They do.  They really do.
And not only that, but they desperately need to be baked with!
So I consulted with you people on Twitter.  And you all said cheesecake.  I suggested a myriad of baked blueberry goods.  And all I got in response was “cheesecake CHEESECAKE CHEESECAKE”.  You people have one track minds.
I like it. 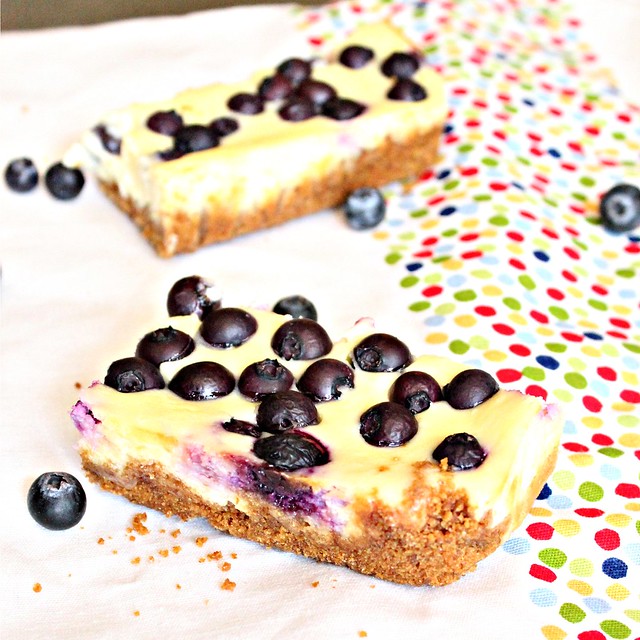 And thus, on a wing and a prayer and with a little nudging from cyberspace, these lemon blueberry cheesecake bars were brought into this world at approximately 9AM on Thursday morning.  And it was love at first taste test.  And second taste test.  And third taste test.
Okay, let’s just not talk about taste tests anymore.  Instead, let’s just suffice it to say that lemon and blueberry were meant to be together, especially when a lemony cream cheese base and a cinnamon graham cracker crust is involved.
And in case you’re worried about the state of my thighs after making these, have no fear.  I gave the vast majority (post taste testing, of course) to my physical therapist after he complained last week that I baked brownies without bringing him any.  (Apparently if you want baked goods from me, all you have to do is bitch and moan a little. I’m a pushover.)
I even convinced him that they were healthy.  “Look, blueberries!”  I said.
And when he looked at me dubiously, I put my hands on my hips and said, “Trust me, I’m a doctor.”
He knows that’s not true, but sometimes people only hear what they want to hear.  And, well.  That’s really not my fault now is it?**Before you go, feel free to check out my latest post on Marcus Samuelsson’s site! 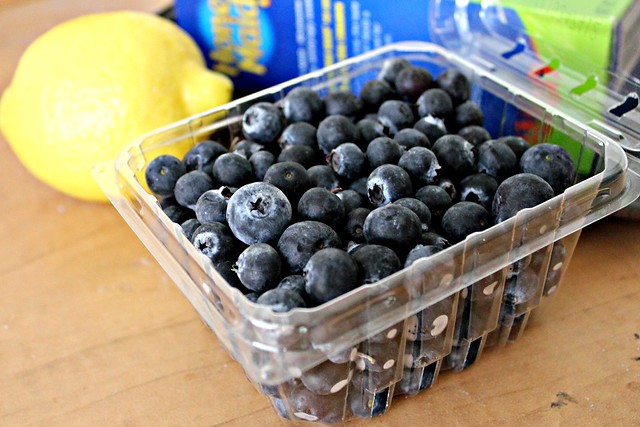 2 tbsp sugar
9 cinnamon graham crackers
1/2 stick unsalted butter, melted
a pinch of salt
16 oz reduced fat cream cheese, room temperature
2 eggs
2 lemons, juiced and zested
1/2 cup sugar
1 1/2 cups fresh blueberries
1. Preheat oven to 325.
2. Grease the bottom of an 8×8-inch pan.  Cover it with parchment paper and then grease that.  In a food processor, process the sugar and graham crackers until they are the texture of bread crumbs.  Add in the melted butter and pulse a couple of times to fully incorporate.  Pour into the lined baking pan and gently pat down with the base of a glass.  Bake for 12 minutes, or until golden.  Set aside to cool.
3. In the bowl of a stand mixer, combine the cream cheese, eggs, lemon juice and zest, and sugar, mixing until well-combined and smooth.  Pour onto the cooled graham cracker base.  Sprinkle the blueberries on top.
4. Bake for 35 minutes or until the center only jiggles slightly.  Remove from the oven and cool completely before refrigerating for 3 hours. 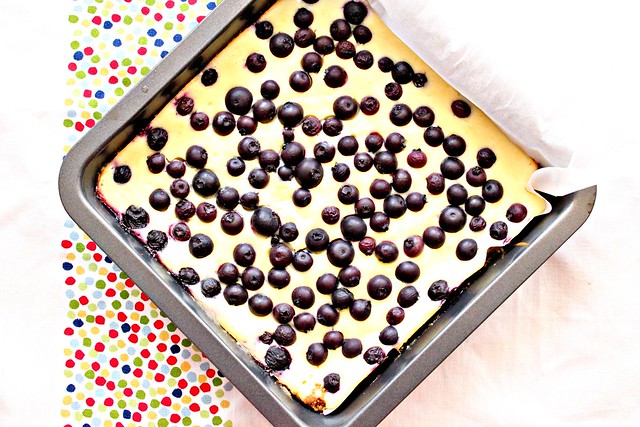