Eggplant is roasted with aromatic Middle Eastern spices and then paired with a brightly flavored bulgur salad to make a complete and satisfying meal. 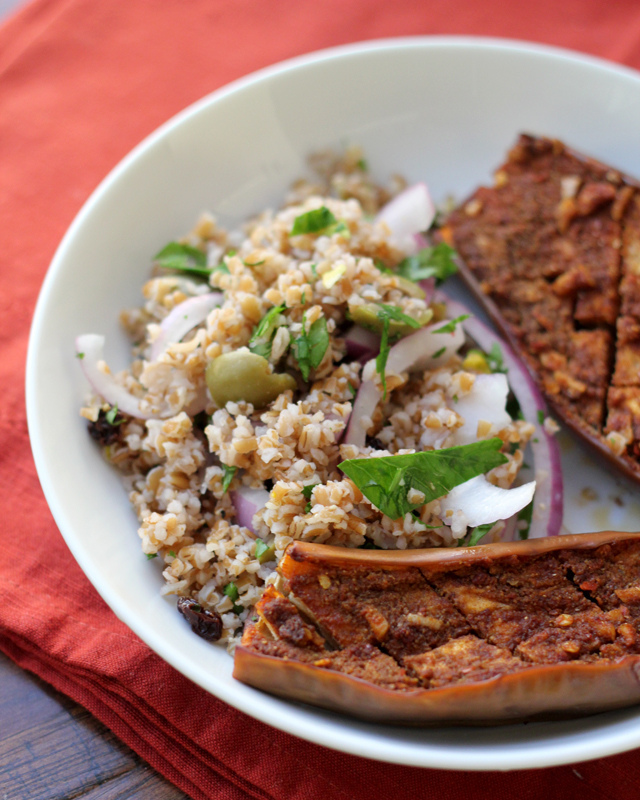 It was a problem.

That I solved by eating more ice cream and a few fistfuls of marshmallow frosting and maybe I even scraped the little bits of chocolate cake that were still on the cake pans into my mouth. Maybe. The world will never know. 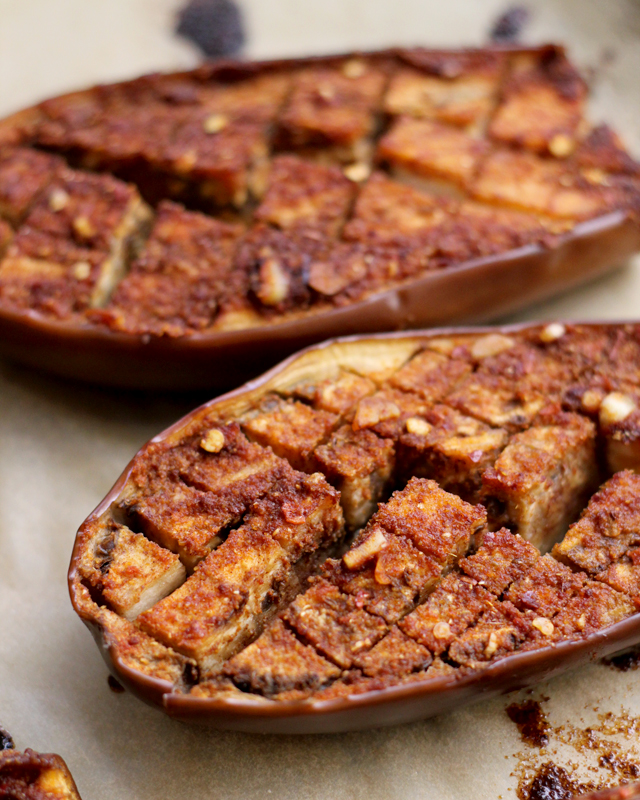 So then I pulled myself back together, threw sprinkles at the top of the cake because obviously they solve any frosting wardrobe malfunctions…

…and proceeded to eat dinner. 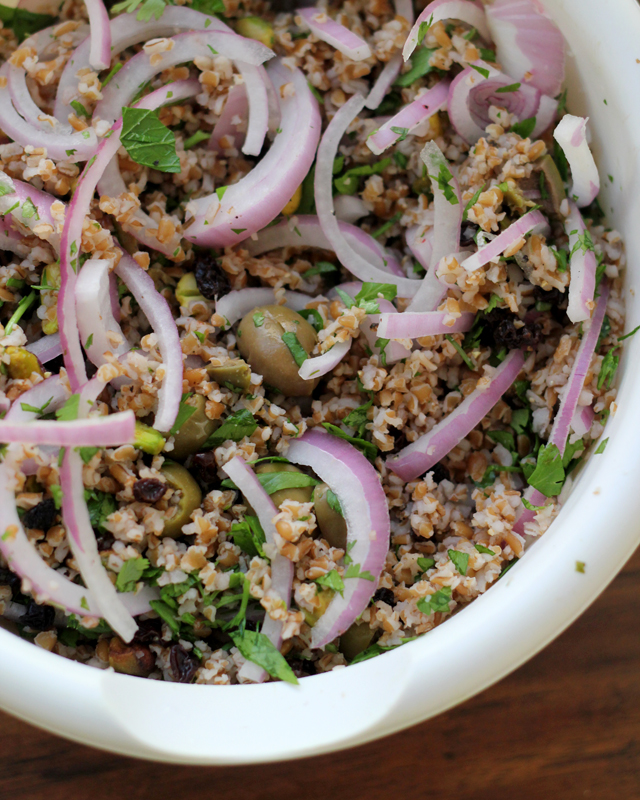 Which, because it was this crazy healthy delicious roasted spiced eggplant with bulgur salad, kind of saved my life. Not only did it bring down my blood sugar after that manic high I was riding, but it also gave me faith that food can taste good without requiring you to have to clean frosting out from under your fingernails and the roots of your hair in order to make it. Winning.

Basically, eggplant is roasted with heady aromatic spices and then pairs up with bulgur that has been tossed with all sorts of fun mix-ins, ranging from salty green olives to nutty pistachios to sweet-tart currants. It’s a flavor smorgasboard. And it will make all of your frosting woes seem like they were nothing more than a bad dream. I pinky swear it.

(I am submitting this to I Heart Cooking Clubs this week!) 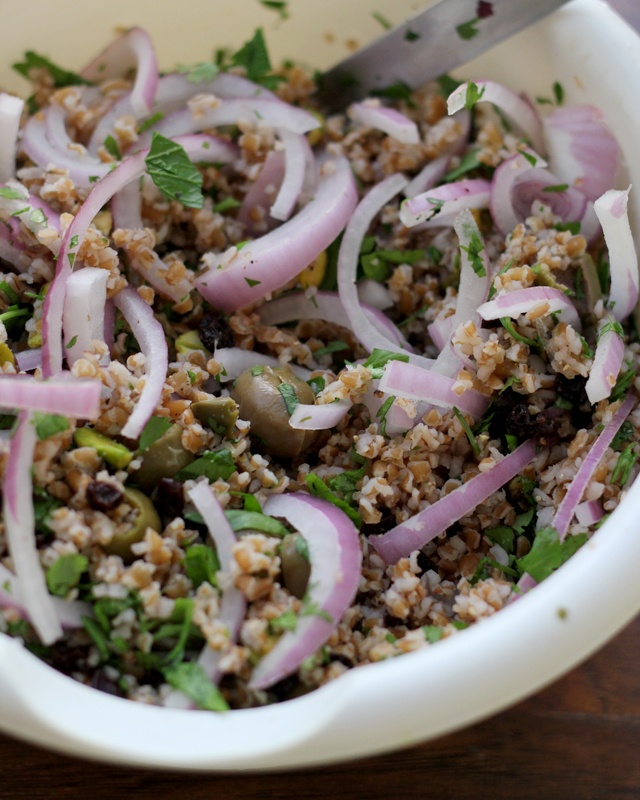 Print
Eggplant is roasted with aromatic Middle Eastern spices and then paired with a brightly flavored bulgur salad to make a complete and satisfying meal.
Yield: 4 servings
Ingredients
For the eggplant
For the bulgur
Instructions
Notes
Adapted from Bon Appetit
Nutrition Information
Serving size: ¼ of recipe
3.5.3208 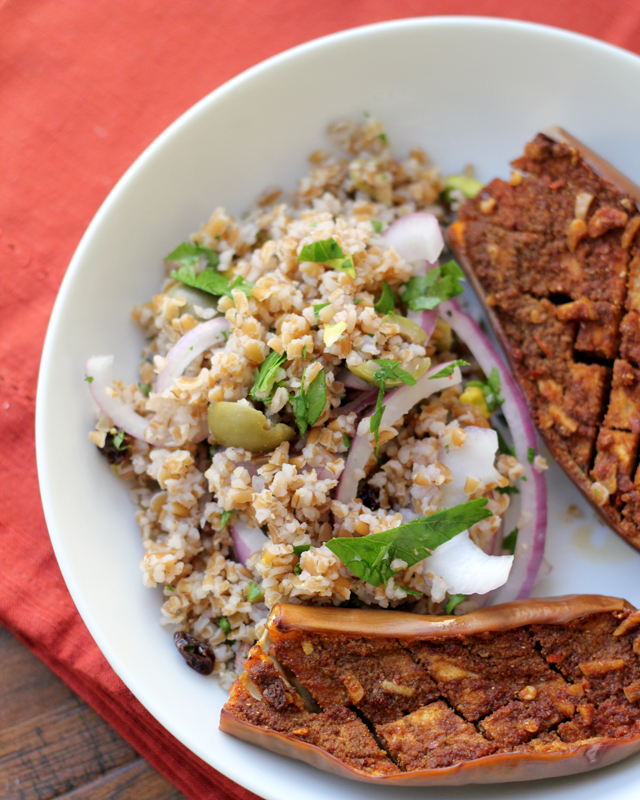