This is a Sponsored post written by me on behalf of Cooper Cheese for SocialSpark. All opinions are 100% mine. These two-bite chard-stuffed mac ‘n’ cheese bites are the perfect party appetizer or comfort-filled side dish! 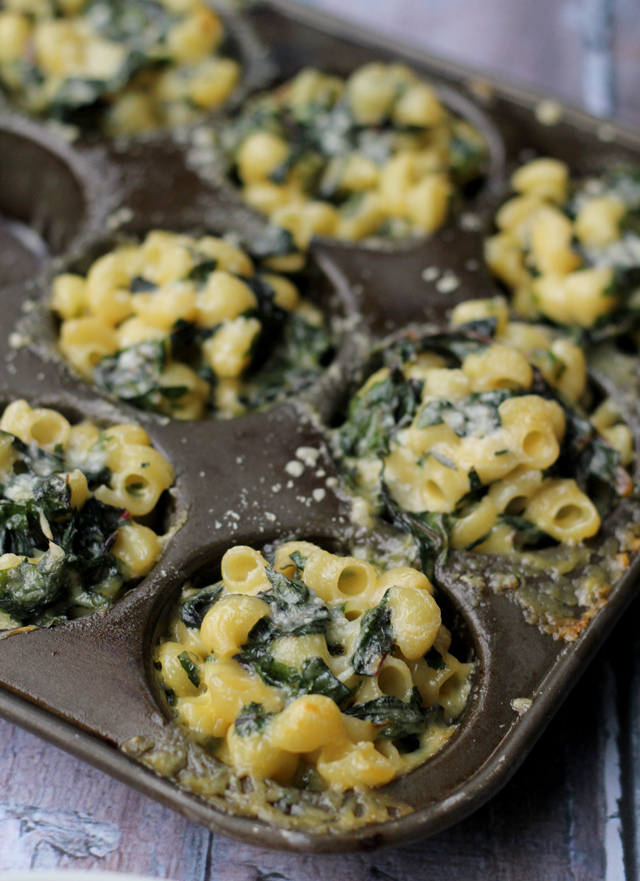 January is a tricky month. 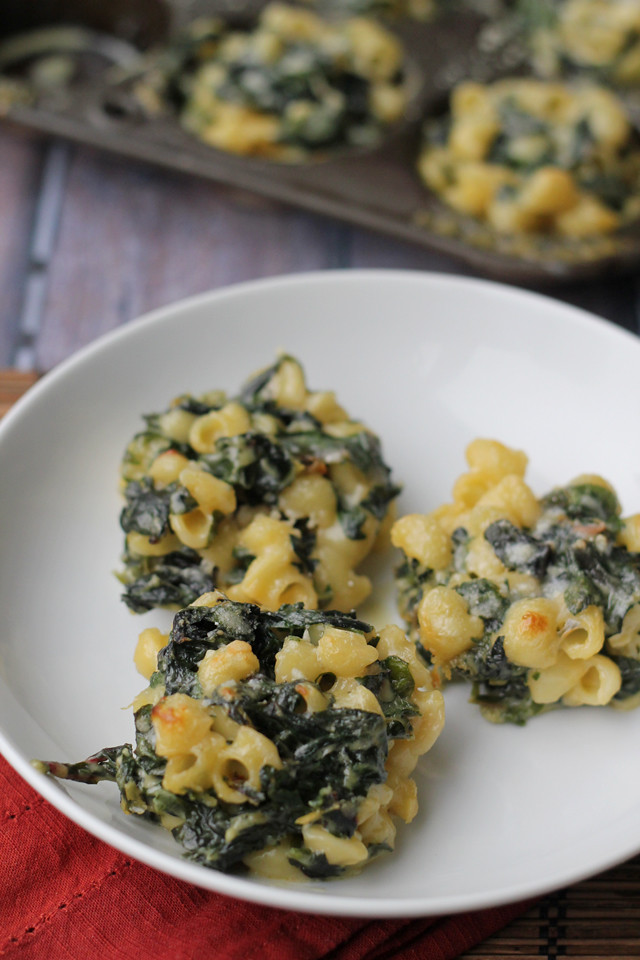 Everyone is shoving veggies at you and trying to brainwash you into believing that cauliflower pizza crusts taste “just as good, I swear!” as their carby gluten-filled counterparts (<–LIES).

While simultaneously trying to convince you that you should wrap everything-but-the-kitchen-sink in a refrigerated crescent roll and call it football food.

These feel like mutually exclusive propositions. Of the worst kind. 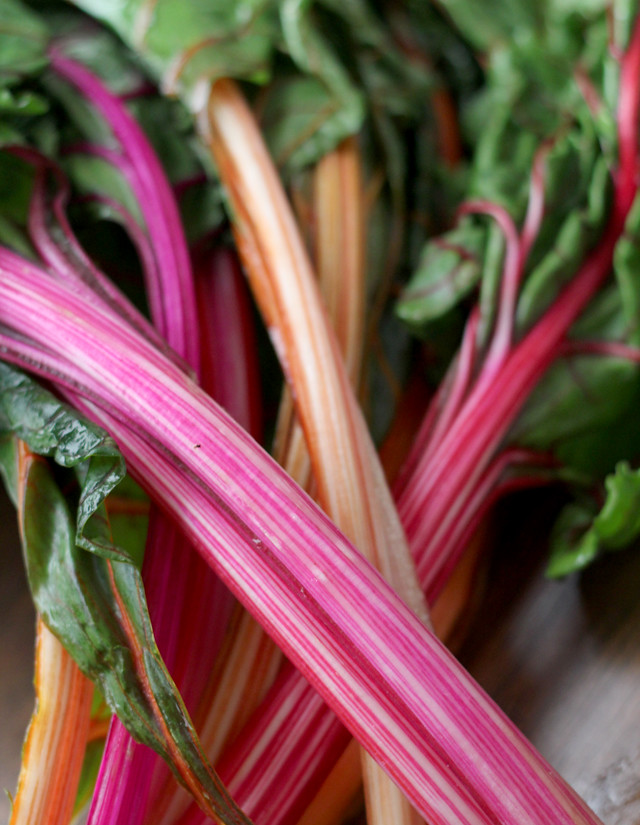 And I refuse to apologize for it. 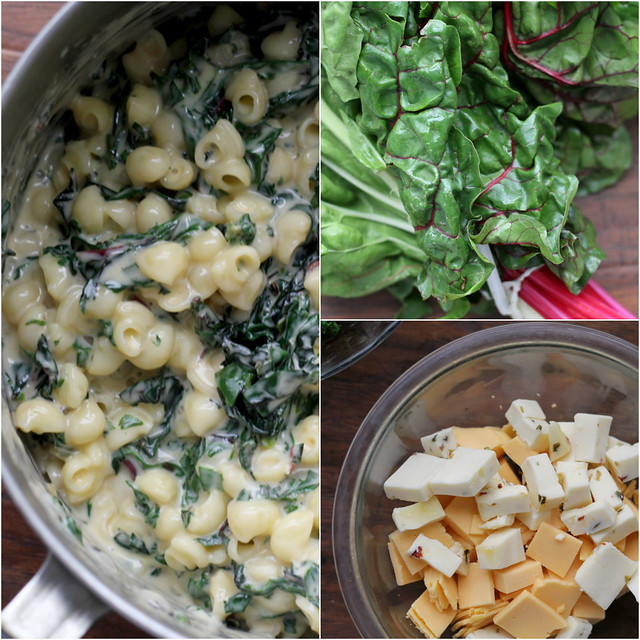 Mac and cheese has been around since the beginning of time (or…since Thomas Jefferson imported both mac and cheese from Europe, into the US, so that he could serve it at a state dinner).

That pretty much categorizes it as “comfort food that is not to be messed with”.

Similarly, the Cooper deli cheese that I used in these delectable little bites, has been around since 1893. Well, not the actual cheese itself, but the company that makes it, and the process that they use hasn’t changed either – from the craftsmanship of the cheesemaking right down to the packaging. Why fix something that isn’t broken, you know? 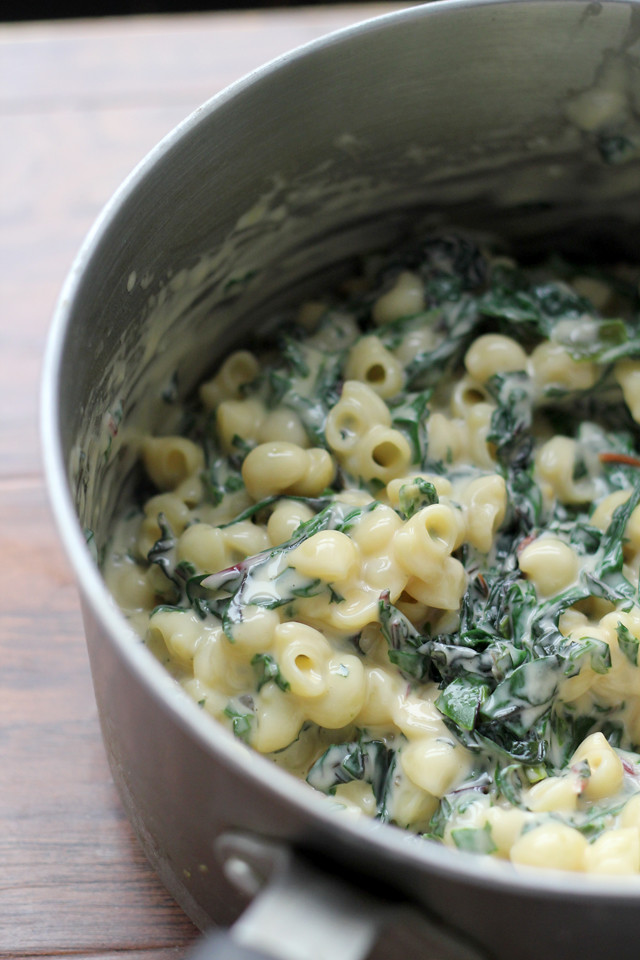 Well, this American cheese melted down perfectly with some pepperjack that I had in my fridge to make a spicy creamy cheese sauce that rivals the stovetop mac’n’cheese of my childhood. Tossed with macaroni and wilted-down swiss chard, and baked into muffin cups, these make for the perfect single-serving handheld mac and cheese bites that will satisfy all of your comfort food cravings.

Now we can all have our creamy cheesy comfort food. And eat it, too. 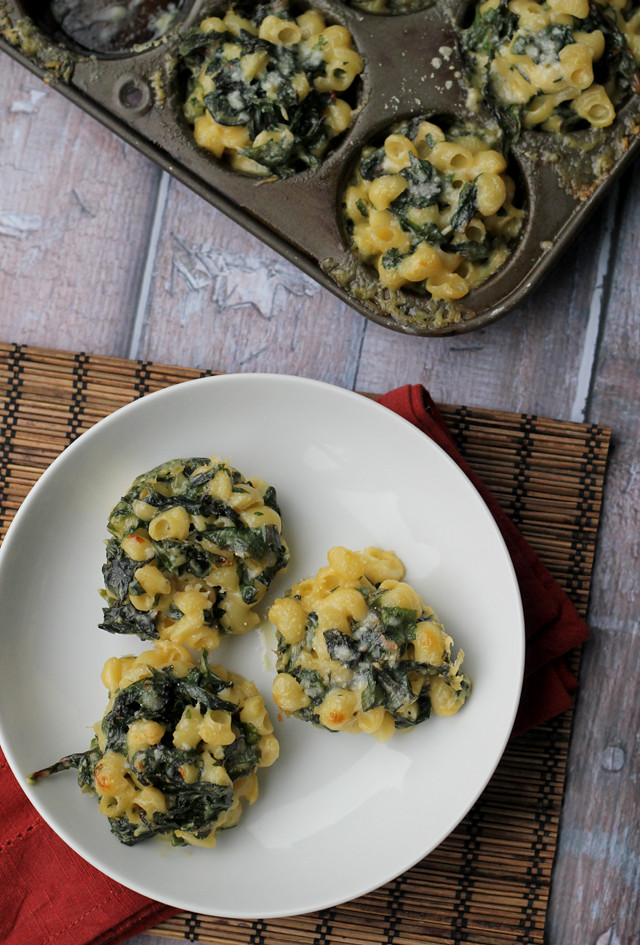 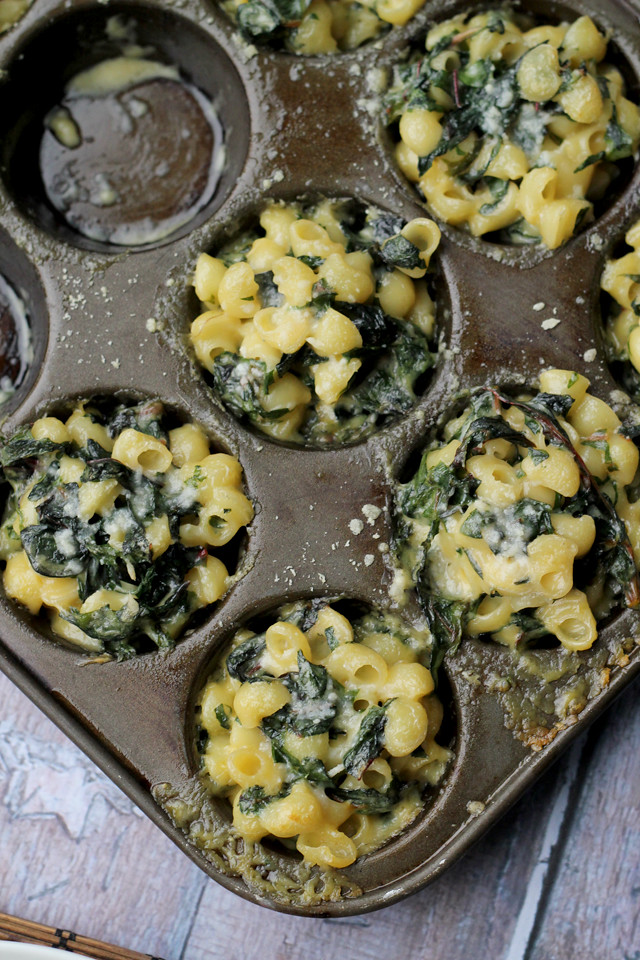