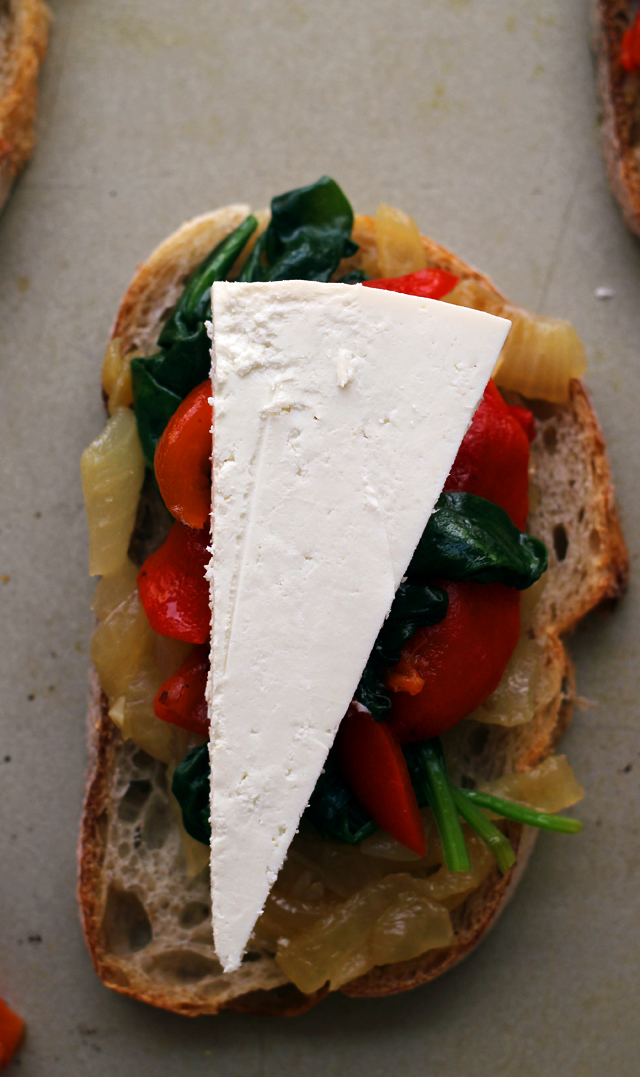 Often times at work, when I’m in the middle of an experimental lull or just need a break from staring at fat cells, I’ll daydream about what kind of cookbook I’d write if someone walked into the lab at that second, put a gun to my head, and screamed “WRITE A COOKBOOK. NOW.”

Well, twist my arm, why don’t you. 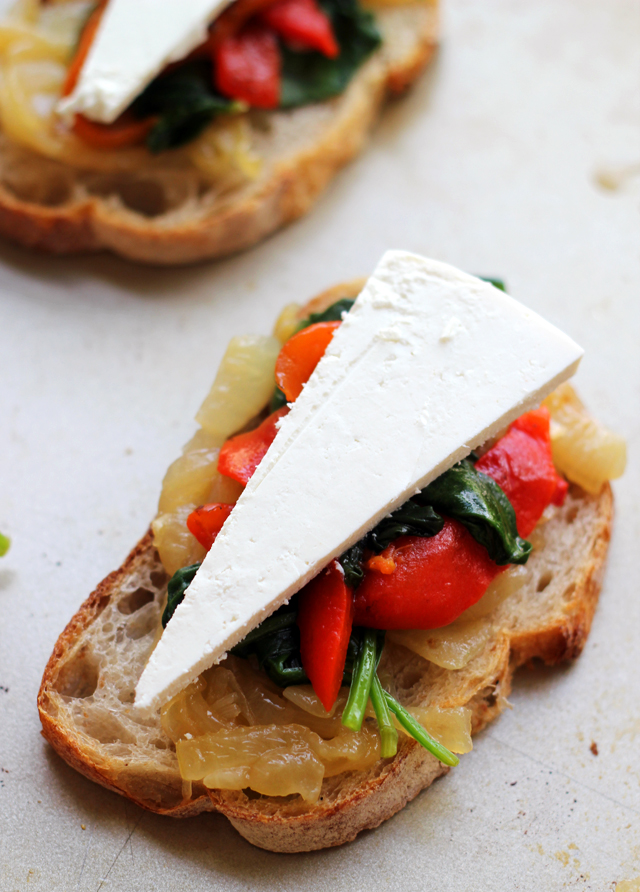 For awhile I was really gung-ho about the idea of an entire cookbook devoted to vegetarian brunch, and I even have a Google Keep list of recipe ideas to prove it. I strongly considered developing all the recipes for it in secret, and then mailing a “finished” version to a publishing house along with a note that said, “Take me now!”, but common sense combined with the fact that I have no time to develop non-secret recipes, let alone secret recipes, dictated against it.

And now it is summer, and I am fixated on crostini, so that pipedream has been put on hold so I can spend my unoccupied waking hours figuring out all the possible combinations of bread+vegetables+cheese that I want to eat over the course of the next 90 days.

FYI – there are many. 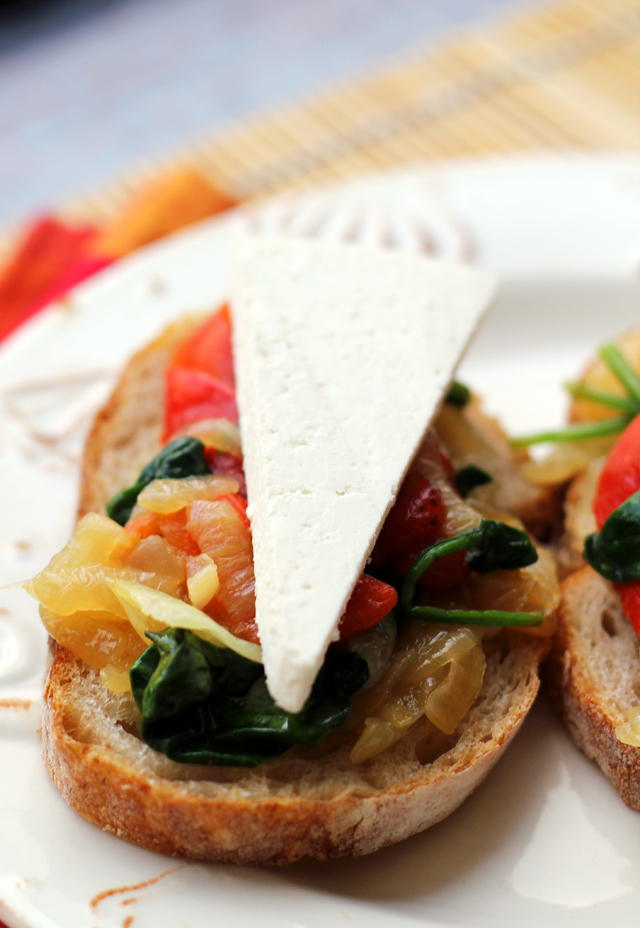 This week’s fantasy involved a sweet caramelized onion base, topped with lightly wilted spinach, roasted red peppers and a slice of ricotta salata to tie it all together. And luckily, because of the simple nature of crostini, it didn’t take multiple attempts to get it right. Bingo on the first try.

You know, until fall comes along, and I take up with my “Pumpkins, Winter Squashes, and Gourds – Oh My!” idea again.

But until then. Crostini. Where it’s at.

For more summer appetizer ideas, check out these: 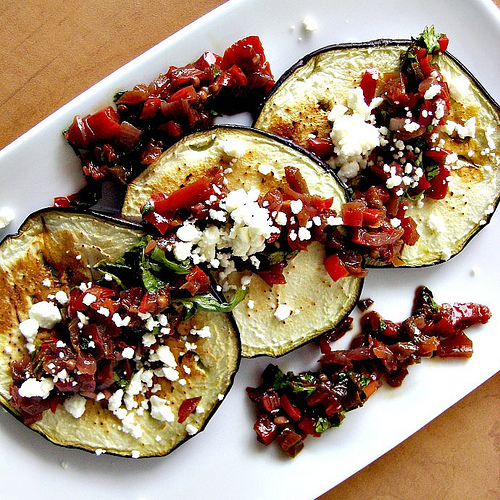 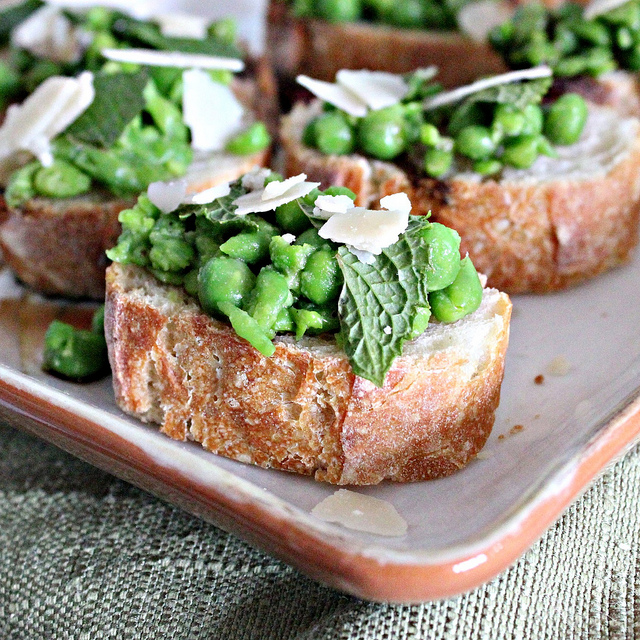 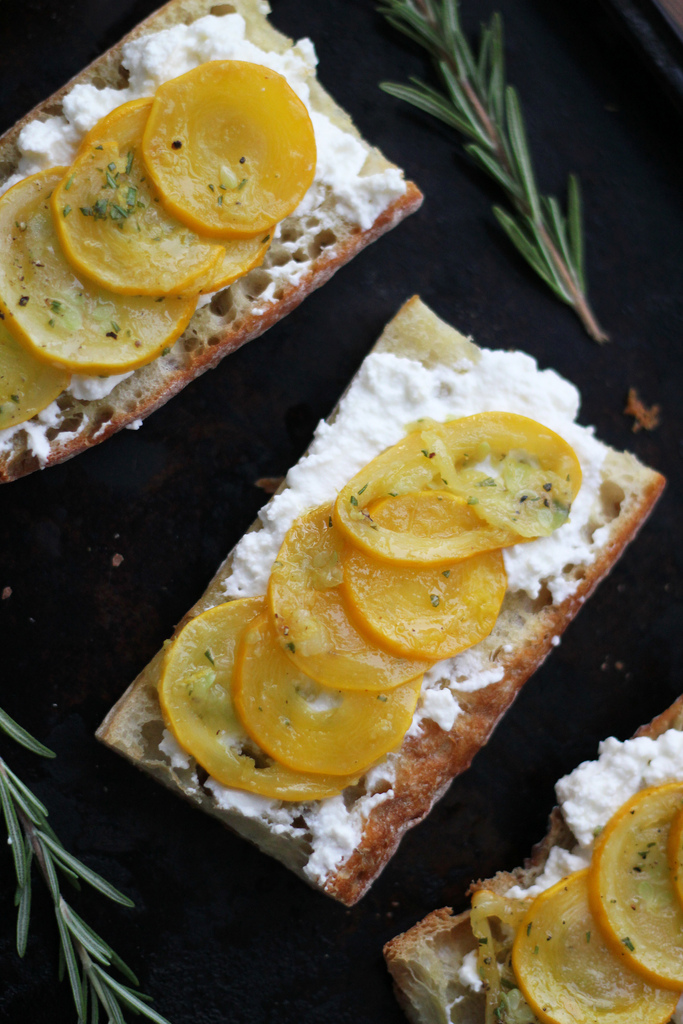 Crostini with Peaches, Blue Cheese and Honey from Bev Cooks 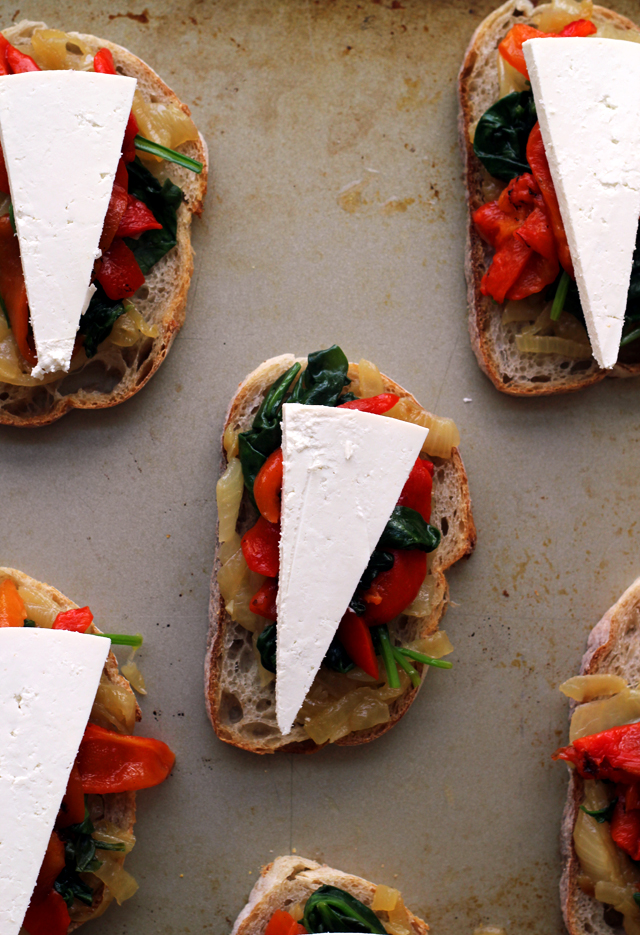