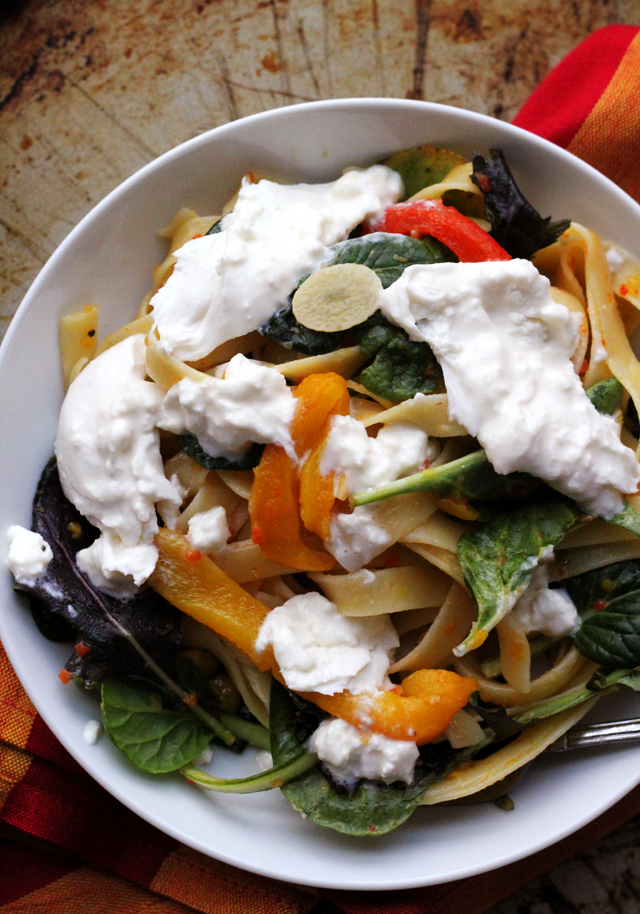 On the heels of the.boy forcing me to watch the new Robin Thicke video, all the while confiding in me his deepest hopes that certain female body parts might make a cameo appearance or, better yet, play a leading role.

A big old bowl of pasta that has twice as many veggies as it does noodles?

I feel cleansed at the mere memory of eating it.

My Youtube browsing history, on the other hand, will never be the same. 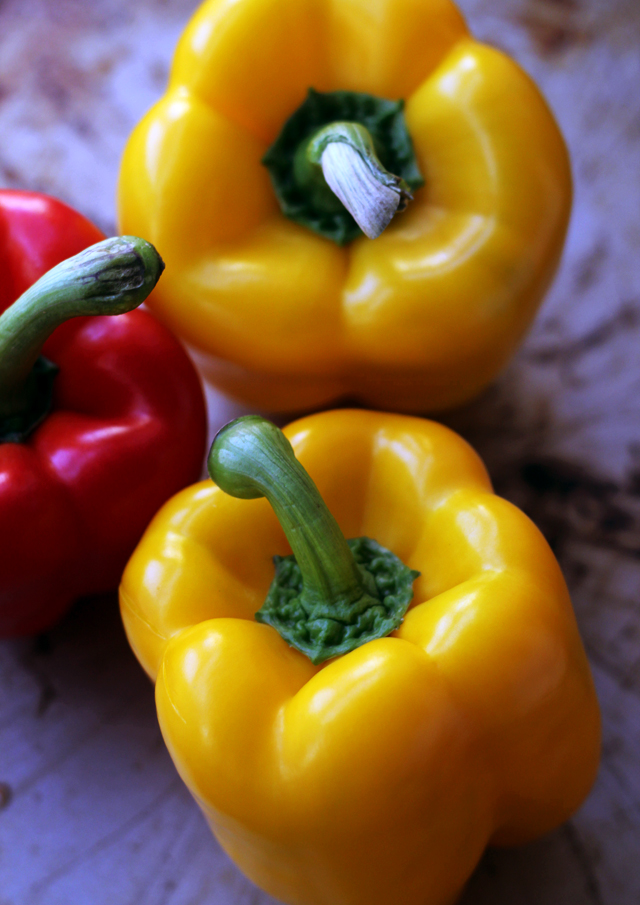 Roasted red peppers double as both a sauce and a mix-in in this dish, and are tossed with whatever baby greens you can get your hands on, along with thick linguine noodles.

And don’t forget the hefty dose of burrata on top to up the lascivious factor.

I may disapprove of objectifying the female body, but a creamy decadent cheese like burrata?

It’s just asking for it. 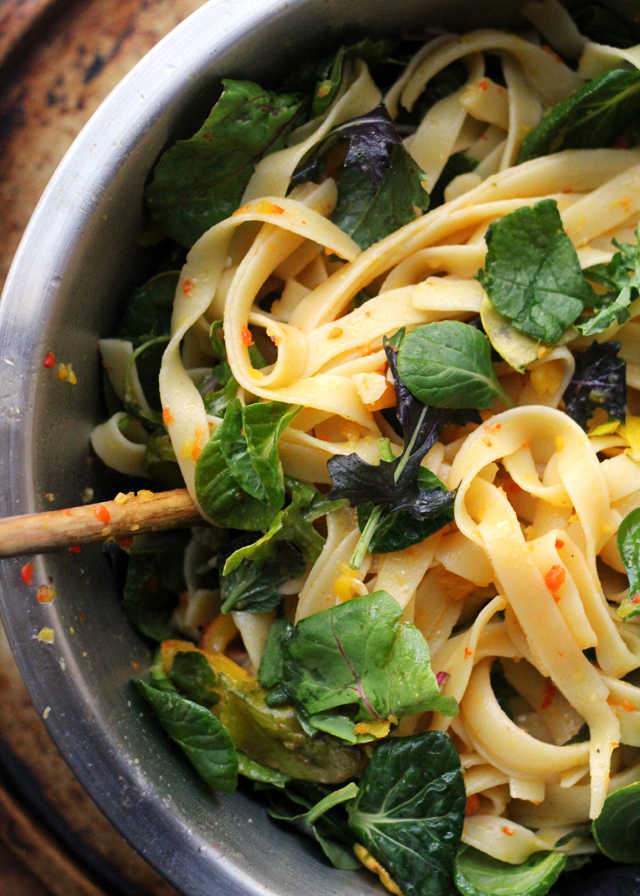 And for the record, there were no boobs in the video.

Unless you’re counting Robin Thicke’s, which, apparently the.boy does not.

Another bowl of this linguine with burrata, greens, and sweet pepper sauce to recover from that mental image? Don’t mind if I do.

For more peppery pastas, check out these: 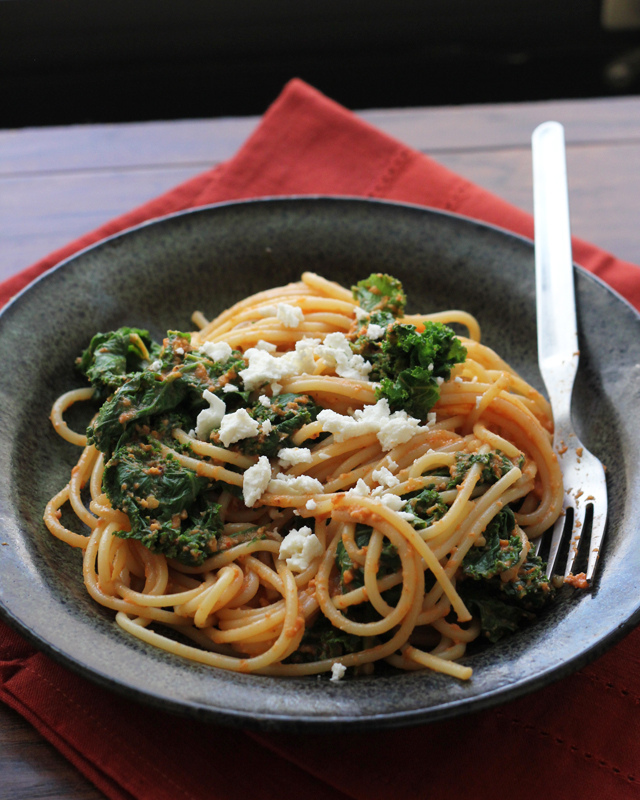 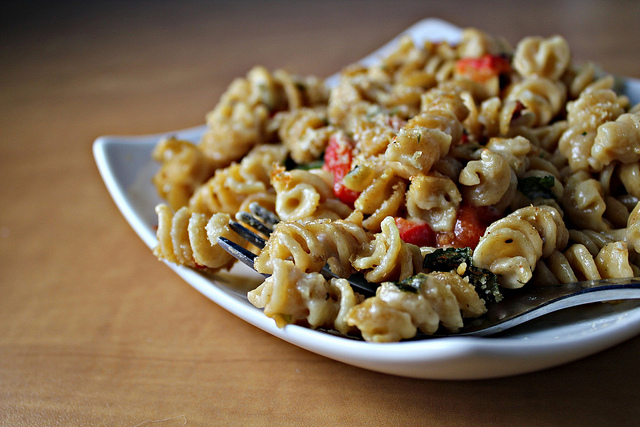 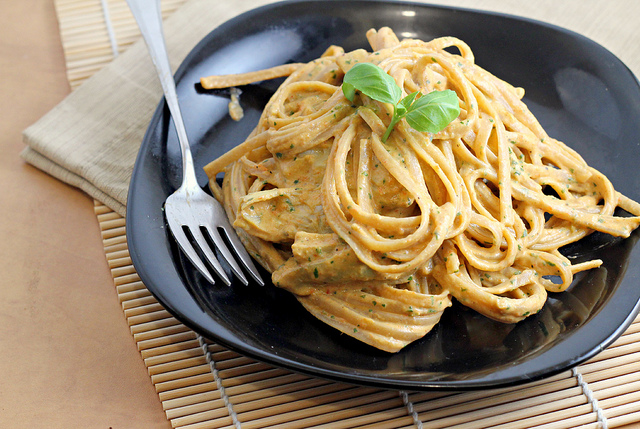 Tangy Pasta Salad with Tomatoes, Peppers, and Olives from Barefeet in the Kitchen 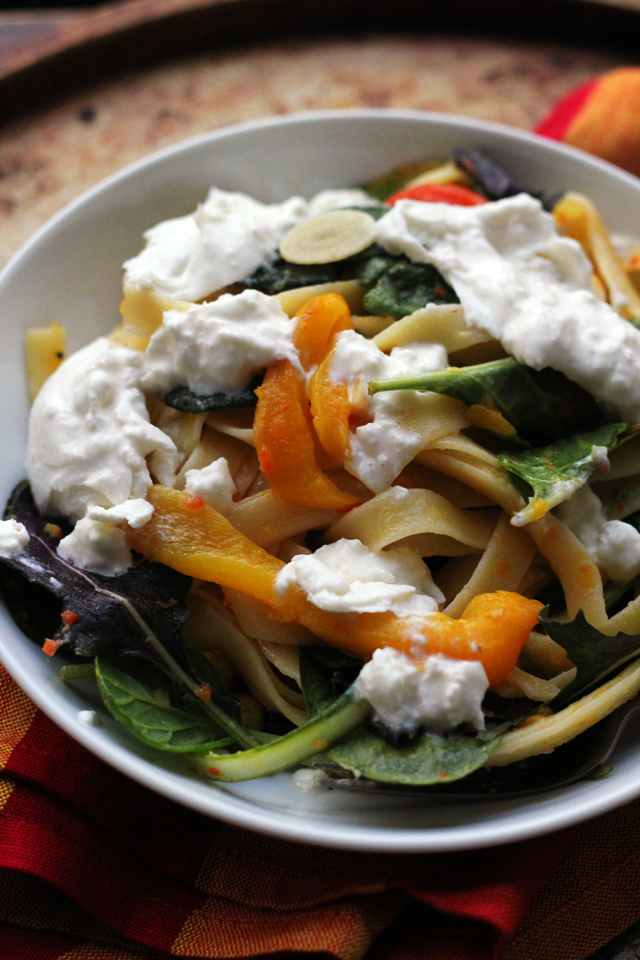 53 Responses to Linguine with Burrata, Greens, and Sweet Pepper Sauce